Today’s guest picture is another from my sister Mary’s visit to Rye.  It speaks for itself.  Simple. 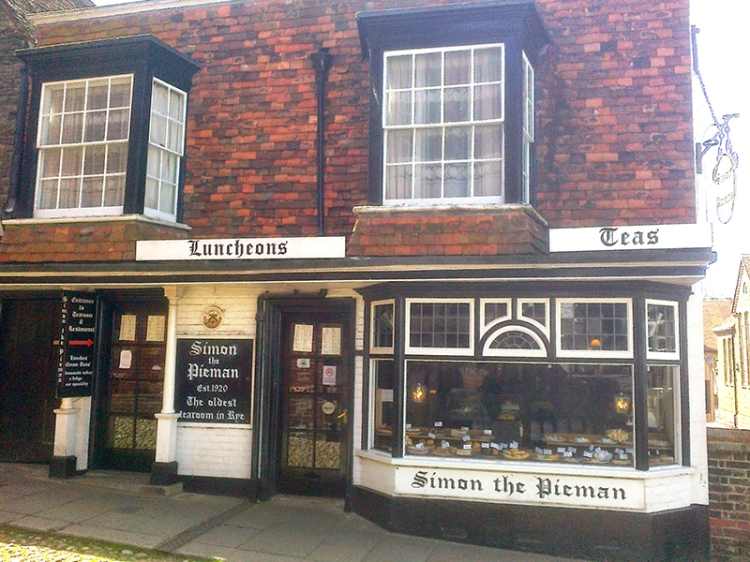 I had to speak to myself today because Mrs Tootlepedal went off to Edinburgh to commune with TWGSP.  My conversation with myself touched on cycling but when Dropscone rang up to say that the morning run had taken him ten minutes longer than usual because of the fierce winds, that conversation came to a halt.

I did a crossword, hung out some washing, emptied a bin, put a week of the newspaper database into the computer and thought about stuff in an arbitrary way and in this fashion, managed to pass the morning quite pleasantly.

A persistent pigeon spent a lot of time outside the window….

…and even made a bold attempt to get the coveted flying bird of the day title.

At one time, I was watching the bees on the plum tree through the kitchen window and I wondered if the other fruit was being attend to as well.  I went to investigate.

I made myself a pot of carrot soup for my lunch and then put a second week of the newspaper into the Langholm Archive database.  The clouds were scurrying over the sky, leaving some sunny spells and in one of these, I went for a walk.

I had hoped that I would find a woodland path surrounded  by fresh green leaves.  I found some wild flowers….

…and I found the path…

…but sadly the birch trees have not some into leaf yet.  The view backwards was a consolation….

…and the path itself is delightful…. 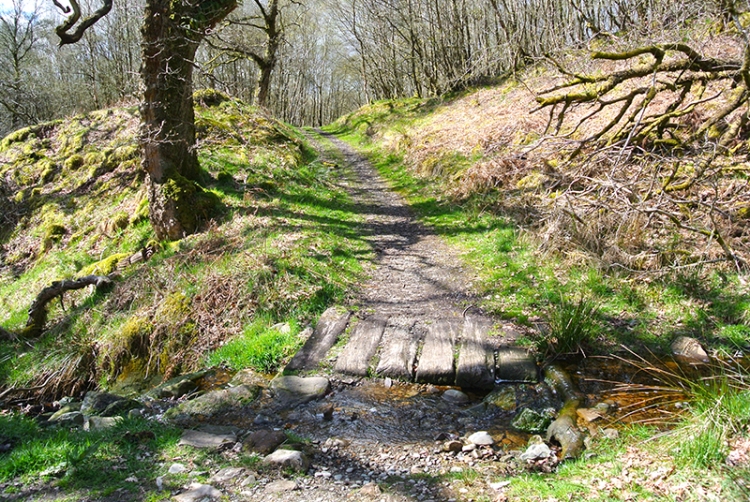 …but I had to make do with promises rather than the real thing.

It was a good walk but not the green delight that I had hoped for.

I stopped near Skippers Bridge but a brief rain shower ruined the light and I enjoyed the river worn stones instead of looking at the bigger picture.

The shower soon passed and I walked along the Murtholm to get home.  There are lambs in every field round the town at the moment. 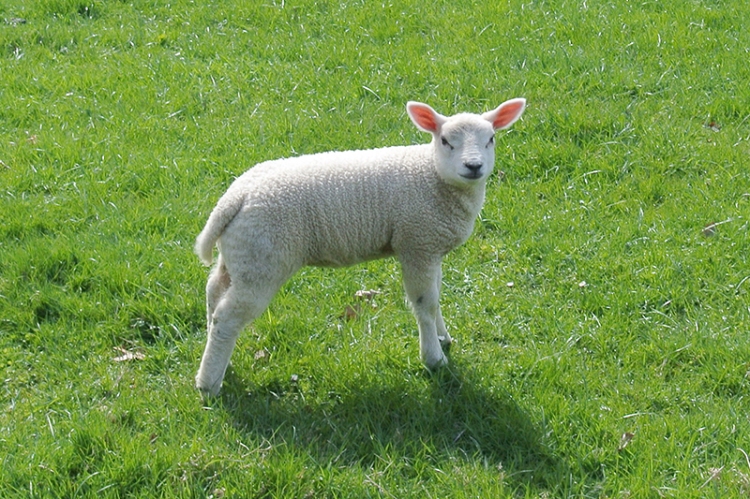 Luckily the grey clouds went skimming past me and the rest of the way home was nicely sunlit.

The wild garlic will soon be making itself obvious.

The three mile walk gave me an appetite for tea and toast and I was just boiling the kettle when I saw a welcome blue tit on the feeder.

Mrs Tootlepedal arrived back safely from communing with Matilda and as she had combined her grandmotherly activities with a stroll round John Lewis with an eye on some useful remnants, she felt that the day had been well spent.

The remnants will become cushion covers in the course of time.

After tea, I went off to the Archive Centre where I met Sandy and he helped me put two more weeks of the index into the database so it had been a very productive day of archive work even if I hadn’t done much else.

By the time that I got home, one of the remnants had already been transmogrified.

I am hoping for a less windy day tomorrow as I need to get out on the bike and try to see how fit I am.

The flying bird of the day is a chaffinch for once.  I have had complaints of too many flying birds with their wings tucked up lately so I have gone for the fully unfurled look today. 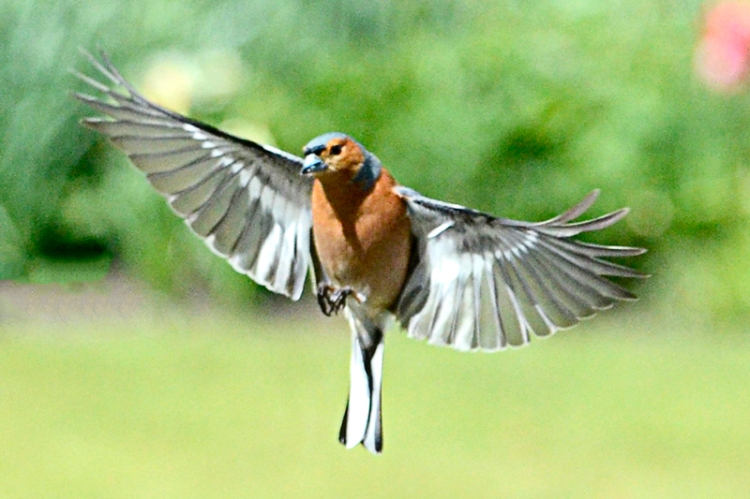