Today’s guest picture shows a colourful corner of my daughter’s garden on Monday.  As she is in Cannes at the moment, it is having to get on without her.

I personally had a very quiet day in contrast to the loud and windy weather outside.  After a night of rain, it was at least dry, although we only got very infrequent moments of sunshine.

I put a dull day to good use by doing some vacuuming, dusting and window cleaning.  Now that the front room is watertight, we are trying to make sure it is well looked after.  I also made some soup, mowed the grass round the green house and on the drying green and put a week of the newspaper index into the database so although I didn’t work up any great speed at any time, at least I was generally employed usefully for once.

In between times, instead of staring out of the kitchen window, I walked round the garden once or twice.

Things were rather yellow today.

Other colours were available. 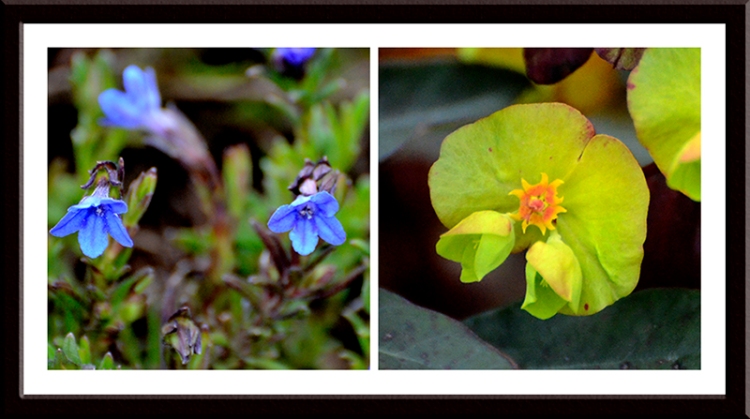 But the most striking flower was yellow. 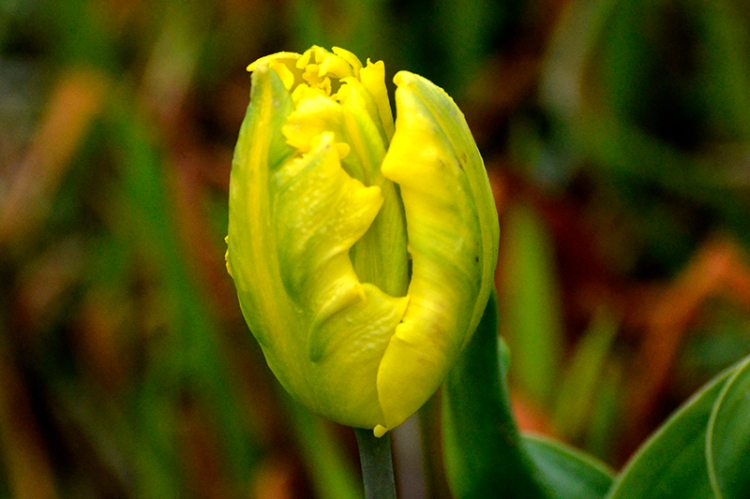 Mrs Tootlepedal, stopped tidying up inside after lunch and started to to some tidying up in the garden instead.  She showed me an interesting looking thing.  We think it might be a slime mold.

In spite of the threat of rain, I went for a walk in the second part of the afternoon.  I was in search of garlic and bluebells.  There was garlic…. 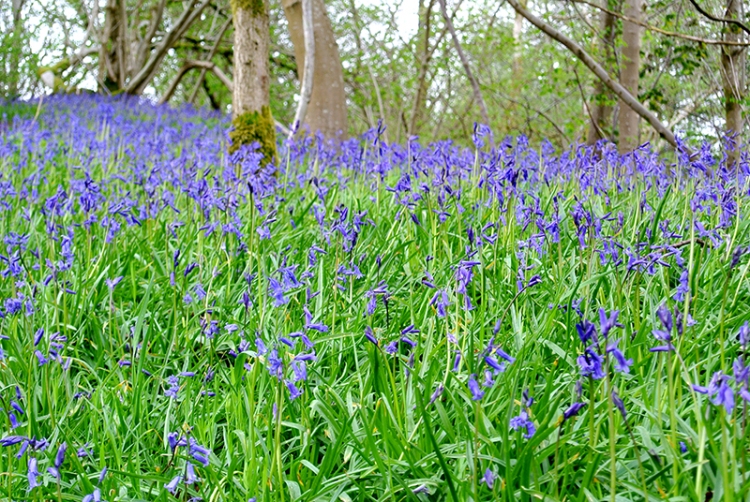 …but neither of them are at their full glory so I will just have to try again later.  The rain stayed away and the walk was very pleasant though…

…and there was much to please the eye along the way, both in the way of wild flowers and mosses.

There were bluebells here and there wherever I walked…. 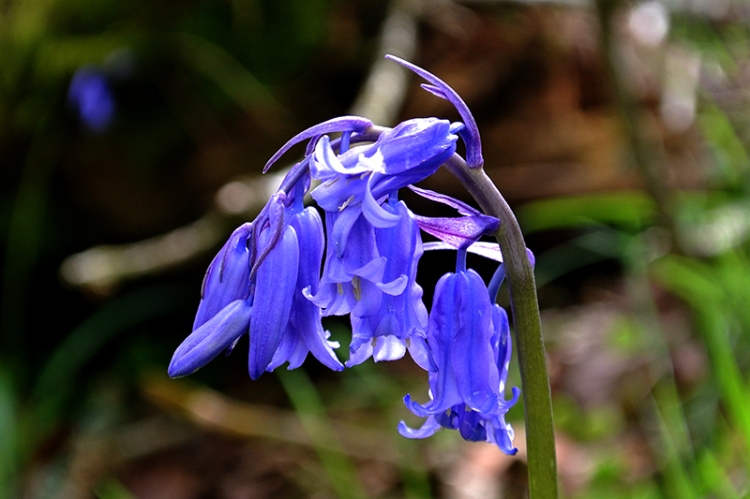 Some of them were being visited by very orange coloured bees but I couldn’t get one to stop long enough for a picture.

I thoroughly enjoyed a rabbit giving a living example of lying low.  It saw me and having decided that I was between it and safety, it just sat very still indeed and hoped that I would go away.

I went away so its scheme worked.

At Pool Corner, near the end of my walk, I checked up on the slow worm shelters.

There were lots of little ones.

And one big one.

When I got back home, Mrs Tootlepedal had been at work in the garden but had been driven inside by the nagging, inhospitable wind.

I enjoyed a cup of tea and looked out of the window at some nice colour combinations instead of my usual birds.

I did see a bird or two as well.  The goldfinches were still going on at each other.

Near the feeder, Mrs Tootlepedal has put in a hellebore which seems to be enjoying life in spite of the wet and windy weather.

It is not the world’s most exciting flower but it repays closer inspection.

In the evening, my flute pupil Luke came.  His mother came too and asked if we would like to play a few simple duets at a musical evening at The Hub at the end of the month.  We boldly said that we would so we will have to practice hard.

After yesterday’s fine display of wing feathers, the birds were keeping themselves to themselves to day and so we have a wingless flying goldfinch of the day. 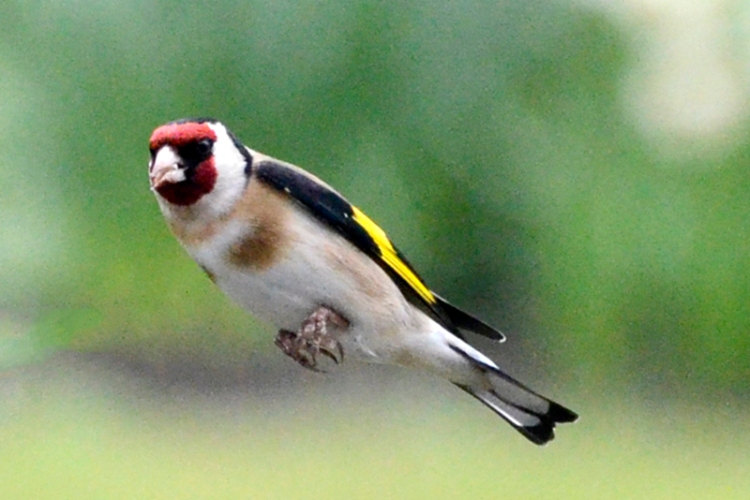 44 thoughts on “Done and dusted”