Today’s picture is another from Mike Tinker’s recent visit to NZ.  It shows an elegantly silhouetted shag (he tells me that all cormorants are called shags in NZ).

After a spate of cool, windy days, we had a calm and warm day today and with my back well rested by some well judged idleness, cycling was an obvious choice.

After two days of aches and pains (and considerable groaning and moaning since I haven’t mastered the art of suffering in silence), I started cautiously.  However, I was happy to find that the two hilly 50 mile rides that I did last week had put quite a lot of stuffing in my legs and the warm dry weather suited my breathing well and as a result, I felt really good.

For the first time this year, I was able to push on a bit without having to have a big rest straight away.  I had also chosen a very flat route and with very light winds, I was able to roll along at a much better speed than of late.

My target was the little seaside village of Powfoot on the Solway shore and my aim was take some moody pictures of the sea.  I should have read the tide tables.

There was no sign of the sea at all.  The extensive mudflats made it look as though you could walk across to the English shore in your slippers.

There was plenty of sky though so I took a picture of that.

The old houses by the shore looked very pretty.

It was a perfect day for cycling.  The lack of sun meant that I didn’t  have to bother about sun cream or glare or about getting too thirsty and the wind was obliging enough to strengthen just a touch when I turned for home and had it it at my back.  These beneficial circumstances and my largely hill free route meant that I managed to get my average speed above 15 mph for the 50 mile tour and this was easily my best effort with my new knee.

Since I was quite busy pedalling, I didn’t pay too much attention to the wild flowers in the verges as I went round but I enjoyed these dandelions at the border, where I stopped for a banana before the final push for home.

The curious can see the route details here.

Mrs Tootlepedal had spent the morning altering some curtains while I was off cycling and was relieved to be able to get out into the garden in the afternoon.  The lack of new flowers which should be out by now made us all the more grateful that the primulas have enjoyed the cool weather a lot. 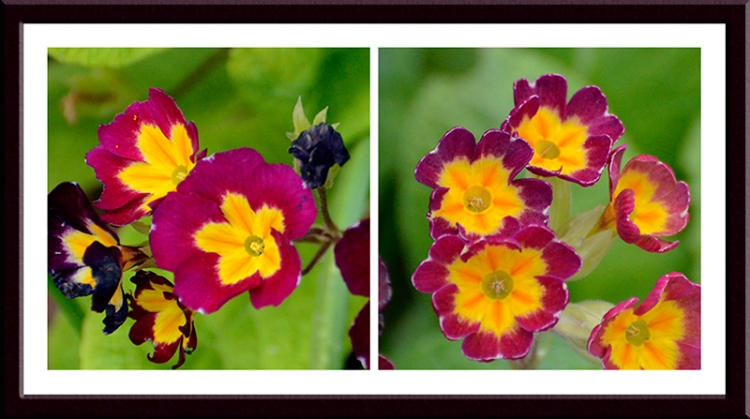 I was very pleased to see some bees visiting the apple blossom….

…but we will need more if we are to get a good crop.

The tulips are nearly over but not quite. 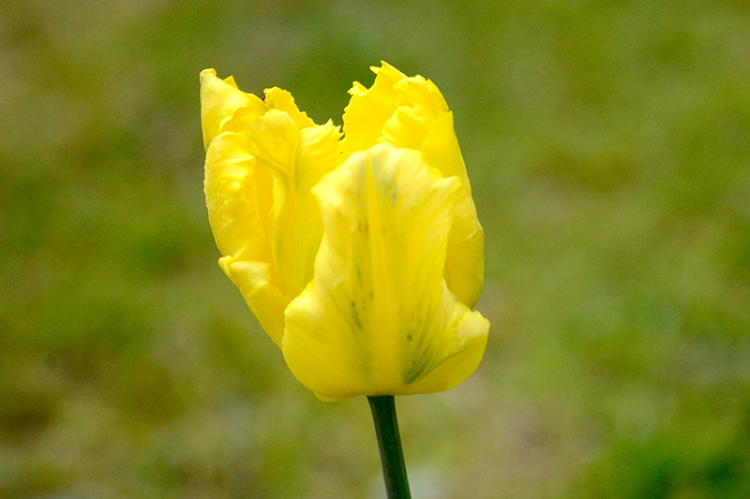 I was going to put some buck-u-uppo on the middle lawn but the ingenious bottle, which should be attached to a hose so that it can spray the fertilizer, was so old that its fittings were jammed tight and I couldn’t get it to work.  For some reason, the thought of lugging watering cans full of water all over the garden didn’t appeal to me much so I picked up a camera and went on a brief cycle tour instead.

Mr Grumpy was in hunting mode at the Kilngreen. 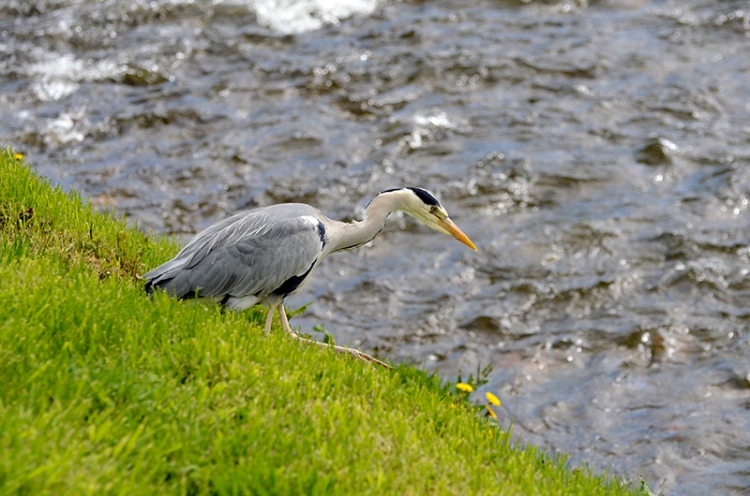 He wasn’t looking in the water but in the long grass on the bank.  He plunged his beak into a hole but only came out with a very small insect. 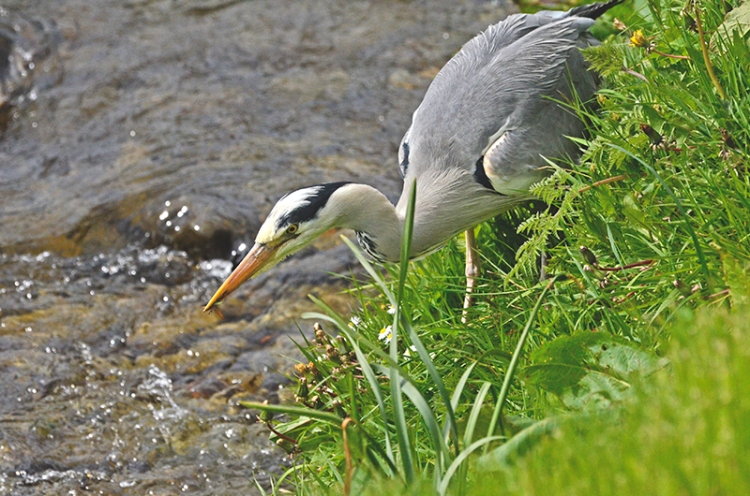 I rather think that he may have been after a frog.

I left him to his prey and went on to the sawmill brig to see if the dippers were about.  They were.

There was a pair of them visiting a hole in the bank so I assume that have a nest in there.

I moved on to see if the blue tits still had control of the nesting hole at the Jubilee Bridge.  I think they have as I saw a blue tit visit…

…but it came out again very quickly (too quick for me) and didn’t return while I was watching so I don’t think that there are any young yet.

I cycled on home and had a cup of tea with Mrs Tootlepedal who had finished her work in the garden by this time,

In the evening, we went to our local choir, Langholm Sings, and sang.  We have two concerts coming up with them and we are working hard.  Some of us are even watching what the conductor is doing.

The flying bird of the day is Mr Grumpy making off with his insect.