Talking of wild flowers, today’s guest picture was taken by my daughter Annie in a man made wild flower area in her local park in the middle of London. 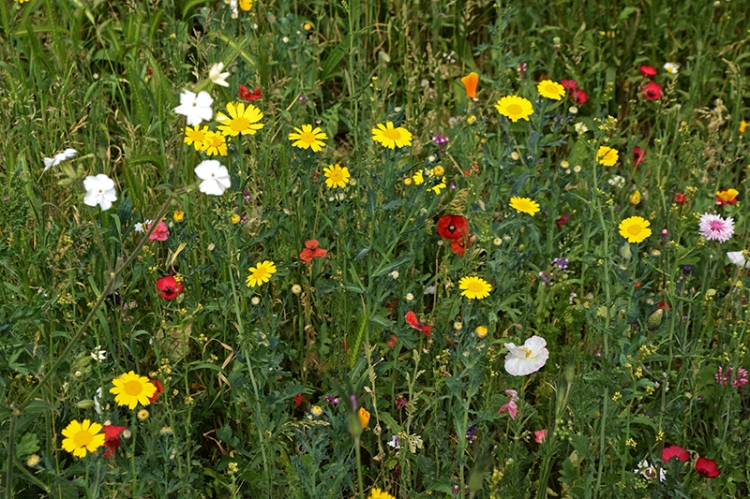 We got the cold and windy weather today, a day late after some overnight rain, but it was not as bad as it might have been and the garden was still looking well.  A pulsatilla held evidence of the overnight rain…

…but there was plenty of colour to be seen.

A new, rather sombre rhododendron has come into flower and at the other end of the scale, the first philadelphus flower of the year made its appearance today. 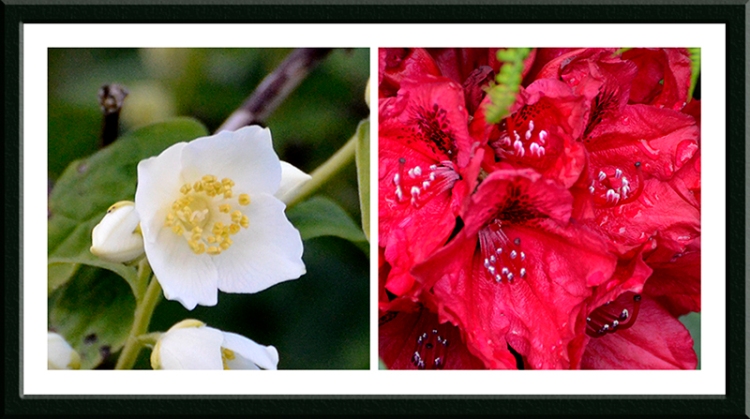 There is potential to be seen as well.

It looks as though we should get a bumper apple crop.

On the bird feeder front, it was nice to see two chaffinches in balletic mood as they have been very quiet lately. 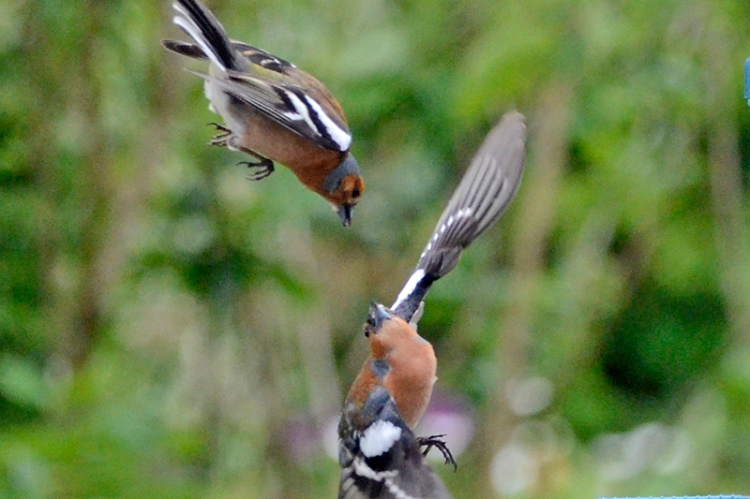 The main business of the day was an afternoon trip to Carlisle to sing in the end of season concert with our Carlisle Community Choir.  I am rather ambivalent about singing in concerts  as you have all the pleasure during the practices of getting tricky music right and all the danger in concerts of getting it wrong.

However,  things went pretty well and thanks to the cunning use of a local primary school choir as guest artists, the church where we sang was full and the audience gave every appearance of enjoying our singing.

The down side is that we have to wait until September before both our choirs get going again.  Mrs Tootlepadal will keep her hand in at the Church choir though.

By the time the concert had finished, the sun had come out and it was a beautiful day.  Interestingly, to me at least, in spite of the sunshine, the temperature on the car thermometer was exactly ten degrees C less than it was when we drove back from Carlisle on Friday after our cycle ride.

It was nice enough or a walk after tea so I strolled down Caroline Street (though I had to put a jacket on for comfort)…. 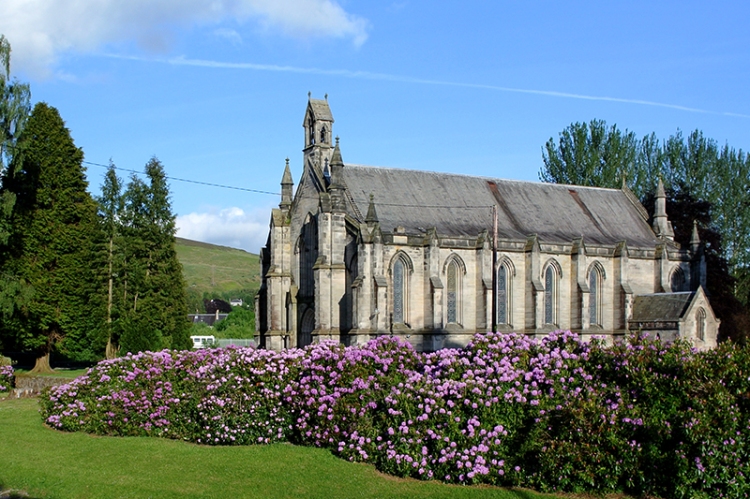 …and round the Kilngreen and Castleholm.

A flash of red in a tree caught my eye…..

I don’t know what sort of tree this is. The flowers look a bit like a chestnut… 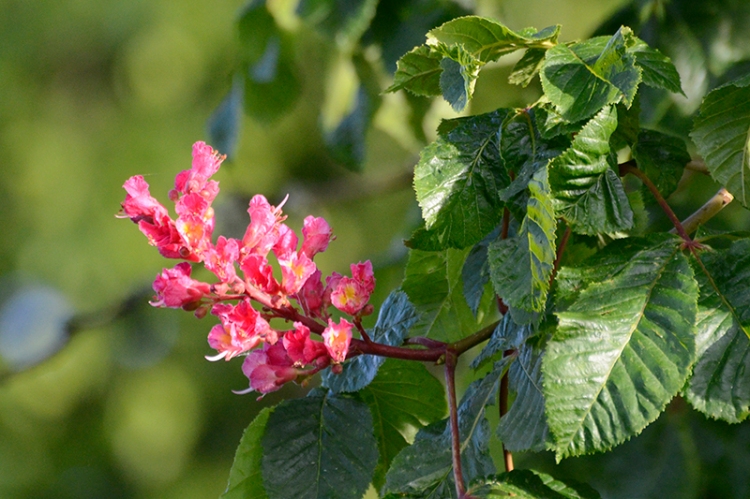 …but the leaves don’t.  Any suggestions?

I looked across the cricket pitch towards the clubhouse and the hill behind. 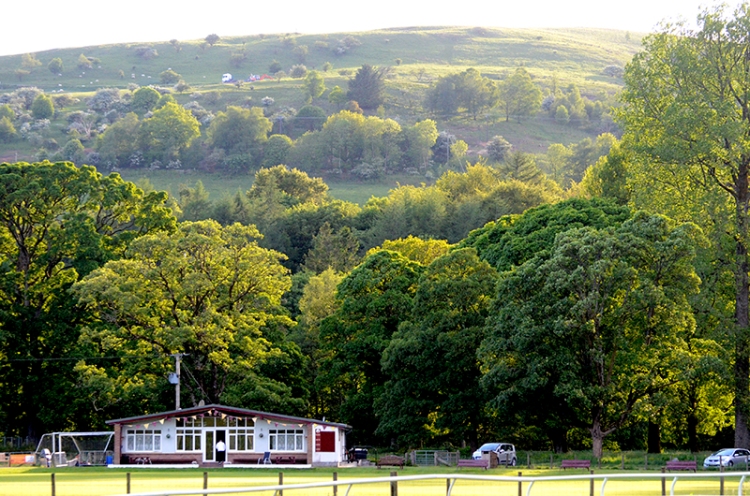 A flock of chattering jackdaws lifted off from a riverside tree as I went past. 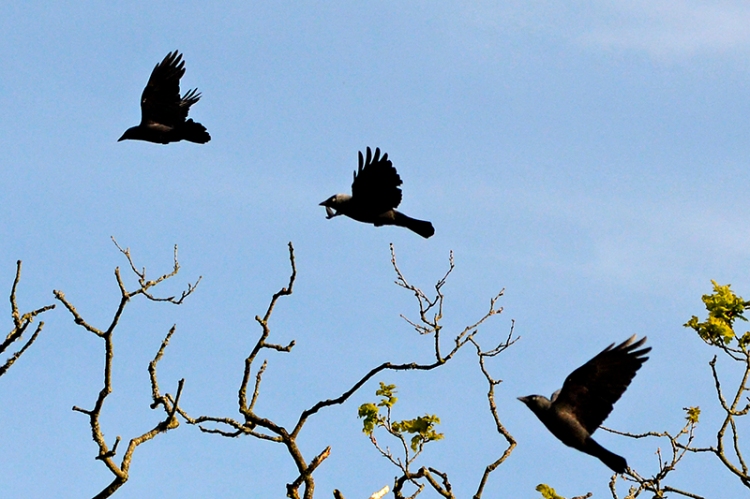 I crossed the Jubilee Bridge and noticed a bright white flower among some red campion.

We saw some yesterday too and Mrs Tootlepedal wondered if they were just a white version so of red campion.  Once again, I am open to help as I don’t think that they look quite the same.

Coming back to the house, I noticed two flowers which are more easily seen from the road than from in the garden at present.

Our spell of warm weather seems to have come to an end so I shall look back on the past week with pleasure that I made the most of it both from a cycling point of view and in the garden and because it ended literally on a high note (a top G, the last note of our final piece this afternoon).

The flying bird of the day is a sparrow,

31 thoughts on “Another day, anther concert”