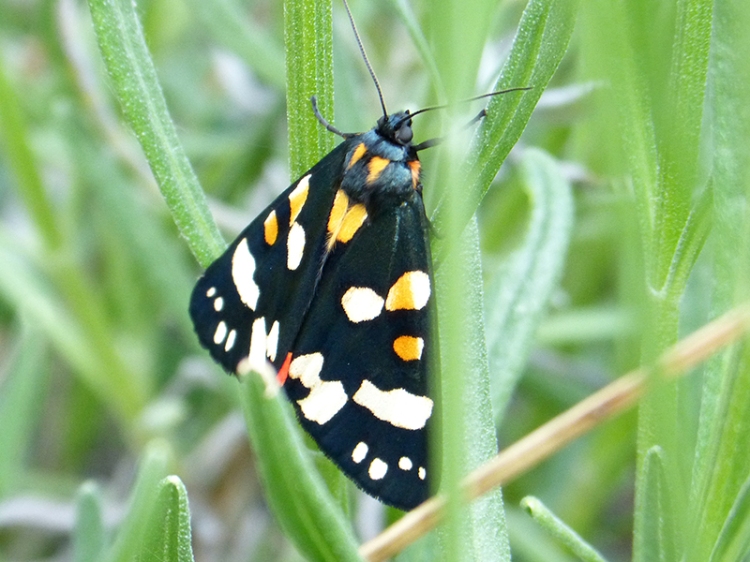 Just lately it has been obligingly raining lightly during the night and stopping during the day.  This was the pattern again today and we had another grey but dry day until a little sunshine broke out in the evening.  It was briskly windy though and not really a day for cycling.  This was lucky as I had plenty to do.

I started off by putting a week of the newspaper index into the database.  I have once again let quite a backlog build up and I need to take my duties seriously.  When I was finished, I went for stroll round the garden.  There was evidence of the overnight rain…

…but it was dry enough to walk round and enjoy the flowers.  There are some nice bits of colour near the pond.

As well as colour, we have black and white. 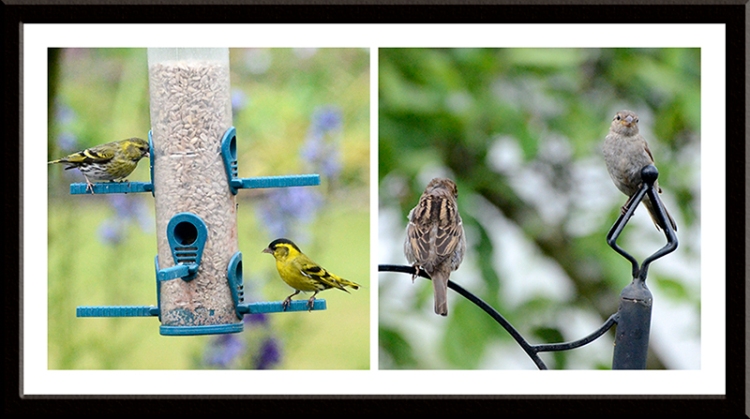 …before setting off to Hawick in the car with Mrs Tootlepedal.  The chief purpose of the trip was to take some small trophies from last autumn’s flower show photo competitions up to be engraved but we made the journey more fun with a pub lunch and some judicious shopping while we were there.

There can’t be many do-it-yourself retail sheds with better views from the car park than the one in Hawick.

The weather was better in Hawick than it was in Langholm and it was still grey and dull when we got home.  I settled down and put another week of the newspaper into the database while Mrs Tootlepedal did mysterious things in the greenhouse and garden.

It was four o’clock by the time that I had finished but the weather looked fair enough to allow us to go for a walk so we put on suitable footwear and set off to visit the Target Burn.

This walk is described on the Langholm Walks website as being on road, tracks and open hill. (Boots advised). We cut a corner on the return part of the walk so it was a bit less than the four miles advertised but it is still a strenuous walk in places.

The Target Burn is so called because its little valley housed the targets that were used by the local rifle volunteers for their shooting competitions in times gone by.  The remains of the targets are still to be seen but the burn itself was running very low today as we crossed it. 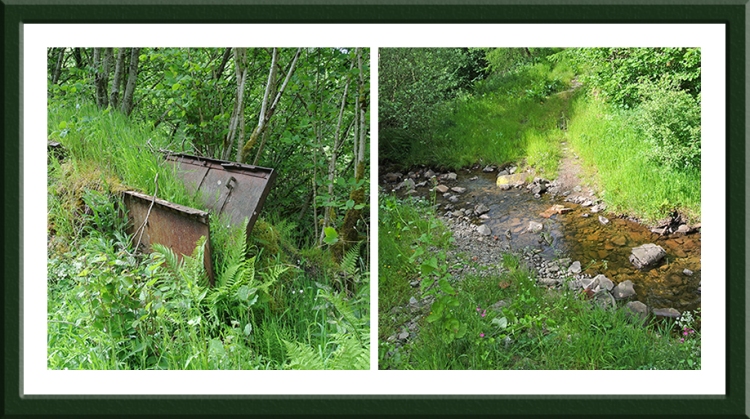 The walk is well signposted and the tracks through the woods are in good condition so it wasn’t long before we found ourselves on the open hill with a stiff climb in front of us.

A quad bike had left a trail for us to follow and it meant that the walk over the rough pasture was easier than it might have been.

It is still a slog up the last section to the road though. 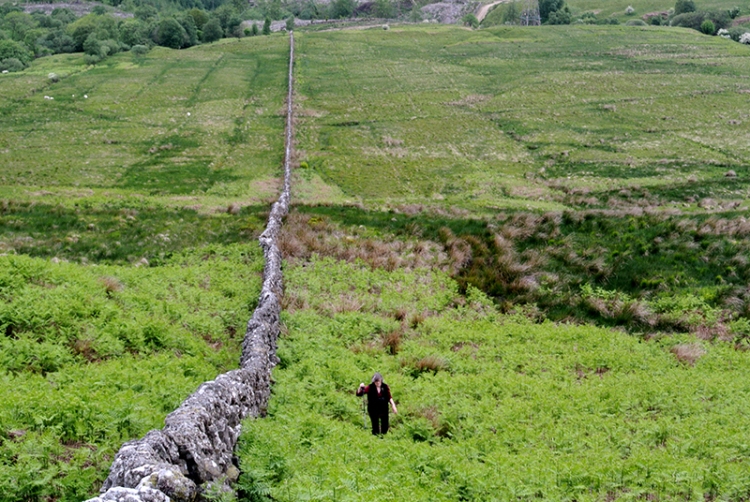 You have to admire the skills of the dry stone dykers who built the amazing straight wall which we followed on this section of the walk.

When we hit the road, we should have turned uphill and gone up the track to the monument but instead, we turned downhill and walked along the track to the top of the golf course before coming down the Kirk Wynd into the town.

The rather dull light and my camera did not get on at all well so I don’t have much of a record of the things we saw on our way down but here are a few.

There was a good splash of colour near the second green on the golf course.

We took the walk at a very sensible pace and were able to enjoy both the rough and smooth parts of it equally as a result.  It wasn’t the most exciting photographic outing but it was a very varied stroll and the company was excellent so I had no complaints at all.  A little sun would have been welcome but it might have made it harder work as the temperature was perfect for walking as it was and the brisk wind kept any midgies well away..

By the time we got home, we were ready for our  tea and a relaxing sit down.

As Mrs Tootlepedal remarked, any day with two outings in it must be entered on the credit side of the great ledger of life.

The flying bird of the day is a streamlined goldfinch not using any surplus energy at all.