The guest picture of the day comes from Sandra who has a feeder outside the window of her house which sits up on the hill overlooking the town.  It is not the sharpest picture in the world, as I suspect that Sandra took it on her tablet through the window but how often do you see two baby mice (there is a third one round the back too) on a bird feeder? Wonderful. 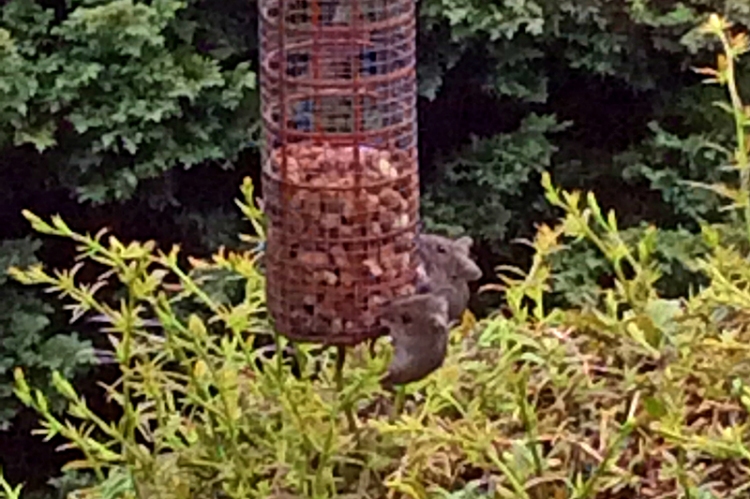 Mrs Tootlepedal had just gone off to a church choir practice and I was all togged up and ready to go out bicycling when the phone rang.  It was Nancy, one of the data miners from the Archive Centre.  A bulb had popped on a microfiche reader and the team there couldn’t find where the bulb was in the machine, let alone replace it.

I cycled up to see if I could help.  After a good deal of head scratching, I found out where the bulb was hiding and replaced it.  A Tootlepedal triumph….but sadly the new bulb didn’t work either. We took it out and pushed it in again. Still no joy.  We tried another bulb, changed the fuse in the plug, tried another bulb, kicked the machine, used well chosen language and all to no avail.  Finally, I noticed an internal fuse had come out of its socket,  Hurrah, this must be it.

Data miner Ken took charge of the fuse with a view to trying to get a replacement and while I was chatting to another team member, he found that fuse just needed to be pushed more firmly back into its socket than I had managed and finally the light came on.  A task that should have taken two minutes had taken well over half an hour.

I finally set off on my cycle ride and did a rather sedate 20 miles out to the Grange Quarry and back.  My legs were not quite so keen today after yesterday’s extravagant effort but they worked all right.  It was a miserable 13 degrees with a brisk north wind but as I was dressed for early spring and not summer, I was quite snug and enjoyed the ride.

When I got home, I wandered round the garden.

The Scotch Burnet roses look delightful but tend to be a little scruffy.  Occasionally a neater one puts its head up.

The tall alliums are fading fast. Only a few have flowers left, most are bald as a coot. 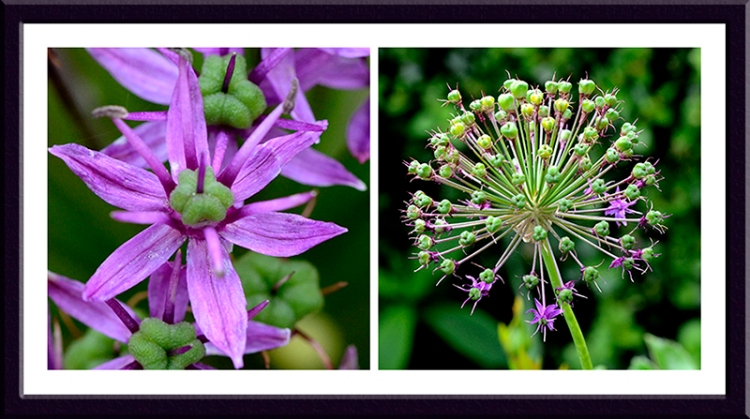 The astrantias, on the other hand, continue to delight.

Welsh poppies are a bit of a weed and pop up all over the garden, sometimes with unwelcome colour clashes.  They are pretty flowers though and Mrs Tootlepedal has made a feature of them in a bed against the front of the house.

Another weed is the orange hawkweed but Mrs Tootlepedal has found a good spot for some for these among a clump of her grasses and they are just starting to show.

The big flag irises are so susceptible to bad weather that Mrs Tootlepedal is considering doing away with them next year but when you catch them at exactly the right moment, they look pretty impressive. 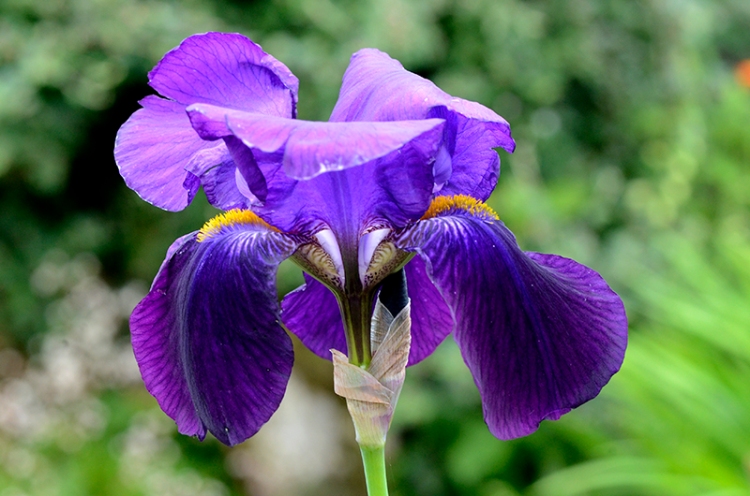 On the back wall of the house, a fuchsia took a battering from the late frosts but here and there a flower can be seen.

Nearby, an elder is flowering fruitfully. 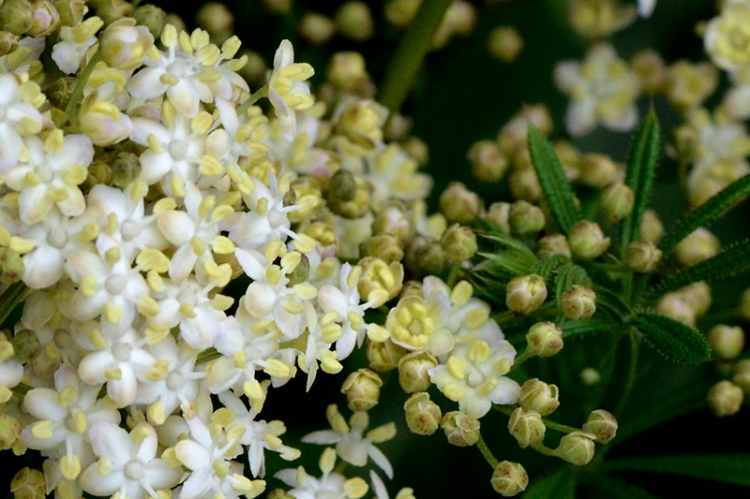 Mrs Tootlepedal had cooked a very tasty chicken dish for our lunch and it went down very well.

The sparrows were eating well too. 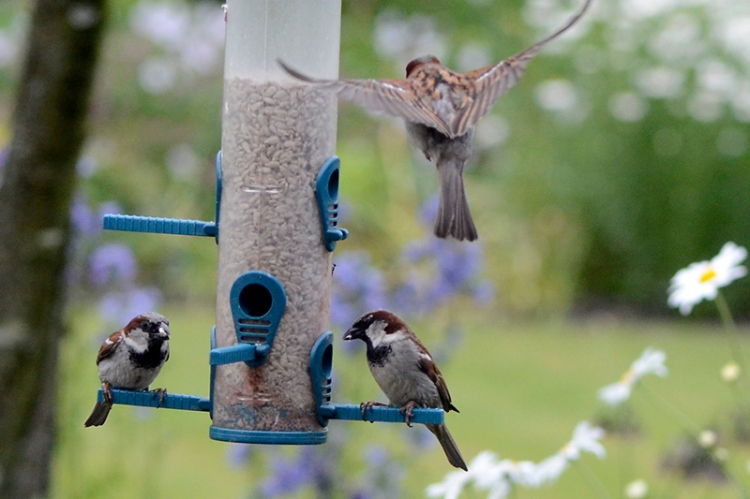 Having had to cut my morning ride short owing to my incompetence at changing a bulb in the morning, I set off for Hawick with Mrs Tootlepedal in the afternoon full of chicken and hope of better things.

My plan was to pick up the trophies that were in for engraving and come home by the scenic route taking a feast of photos on the way.

This would have been a good plan if the trophies had been engraved but they hadn’t been done and we had to wait for half an hour to pick them up. This left us with less time for dallying on the way home than we would have liked but still, we set off up the Slitrig road to Newcastleton in good heart.  This cheerful spirit lasted for the few miles that it took us to come to a completely unheralded “Road Ahead Closed” sign.  There was no readily available return route that would get us home in time so we made a short circle back to Hawick before turning for home down the main road again.

Our circle gave us one good viewpoint…..

…but that was small compensation for the dozens of lovely pictures that I would have taken going over Whitrope summit and back by the Langholm Moor,  (Actually, it was rather a dull day by this time as you can see so perhaps I didn’t miss much.)

(As a side note I might mention that getting the trophies engraved cost £16.  As the total prize money which I won came to £3, this was in the nature of a Phyrric victory.  I shall try just as hard this year but hope not to be so lucky.)

In the evening, music made up for any disappointments during the day.  First my flute pupil Luke came and played well and then I went off and had a singing lesson and played a Schickhardt and a Handel Sonata with Isabel.  The third member of our usual trio, Mike, was otherwise engaged this week.

A fleeting chaffinch is the flying bird of the day.  I wasn’t very successful their either.