Today’s guest picture comes from Dropscone and shows just how idyllic playing golf on the east coast of Scotland can be….if you choose the right day. 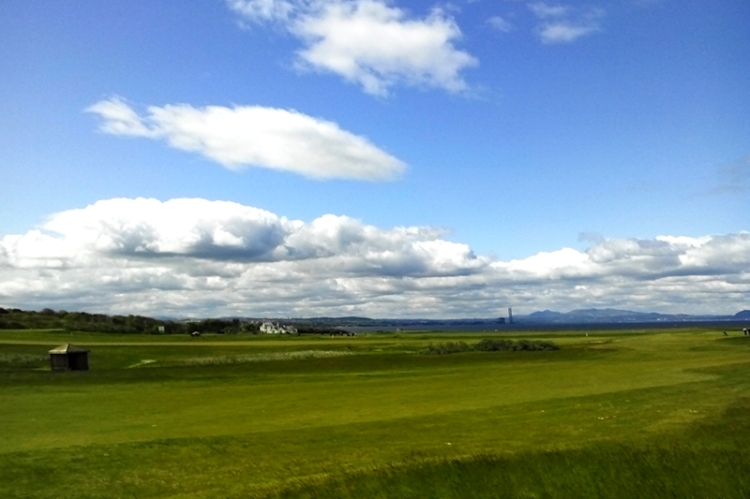 It was raining after breakfast so I postponed a planned pedal and this was a blessing in disguise as it enabled me to enjoy some of Dropscone’s excellent treacle scones when he came round for a cup of coffee.  He and his children are providing each other with mutual support but things have not been helped by the news that his late wife’s sister, who had been seriously ill for some time, had died today.  Shakespeare put his finger on it when he wrote, ‘When sorrows come, they come not single spies. But in battalions!’

A moment of peace and calm over coffee may not have been the worst thing for him.

As he left, the sun came out and I took a walk round the garden, feeling very fortunate in many ways.

I peered round the back of the house to check on the Fuchsia there. 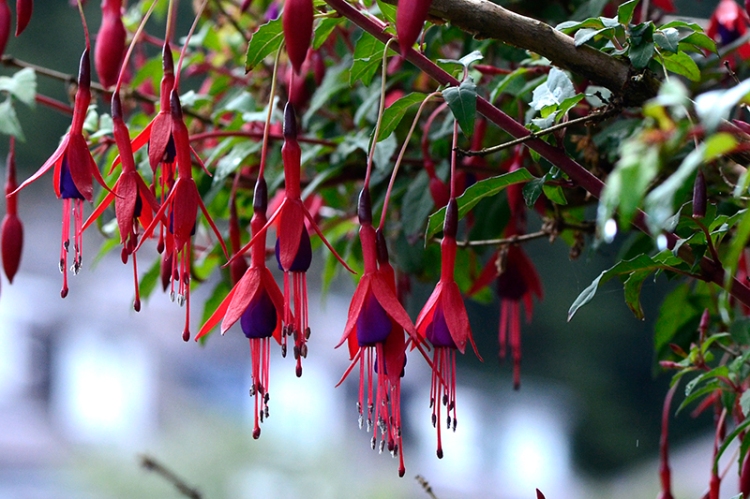 It was sheltered from the wind today.

After lunch, Mrs Tootlepedal and I went out for a gentle pedal, keeping our eyes out for interesting wild flowers as we went.

It didn’t need much care and attention, as we were surrounded by colour all the way.  There have been no orchids along the Wauchope road so far this year but the signal must have gone out becuase today we had seen twenty before we had gone two miles. 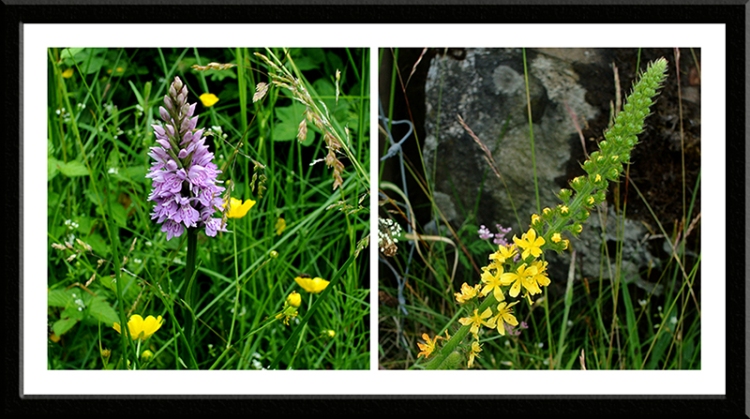 However, I just took a single picture of one of them and I have paired it with an interesting yellow spike we saw near by.  Suggestions as to what this might be would be welcome as my research has failed to come up with an answer.

As we got out into the country, the road became lined with thistles. 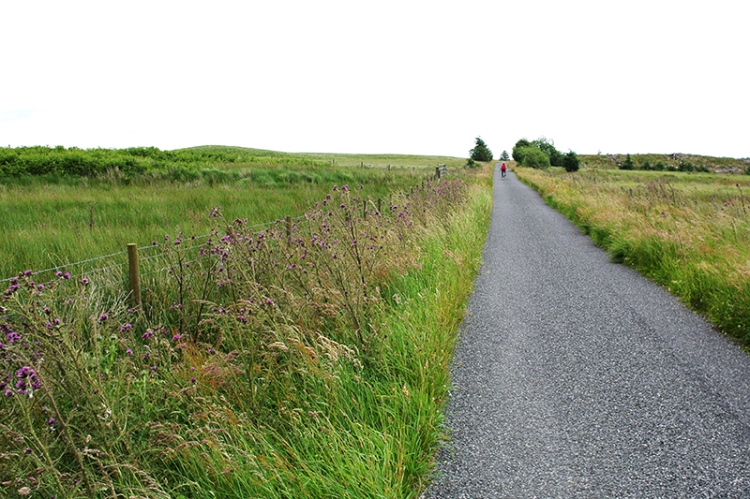 Pocketcam didn’t like the dull light very much.  The effect was more vivid in real life.

As always, we liked the quiet roads and we were able to ignore the occasional spot of rain which threatened throughout the ride without ever coming to anything.

All the way round, we could see vetch in the verges and hedges. 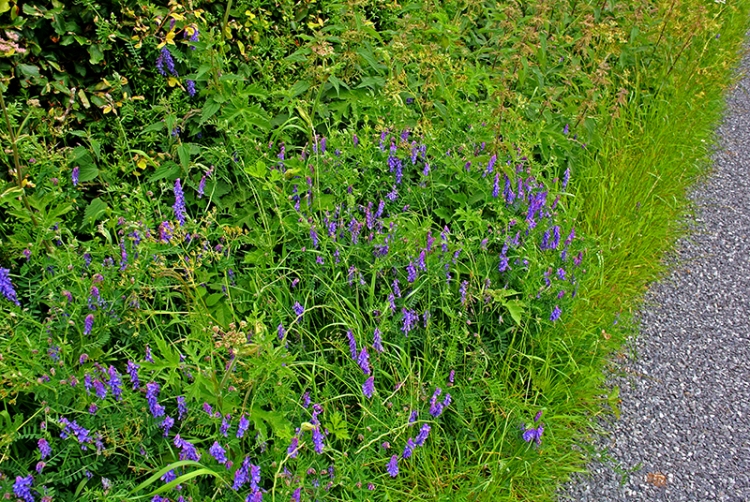 From time to time, other plants took centre stage for a moment,

I could have stopped for many more but if I had stopped for them all, we would never have got round the sixteen miles before bedtime.

I changed the bird feeder today as the existing one had become clogged after heavy rain and this brought some birds back into the garden. 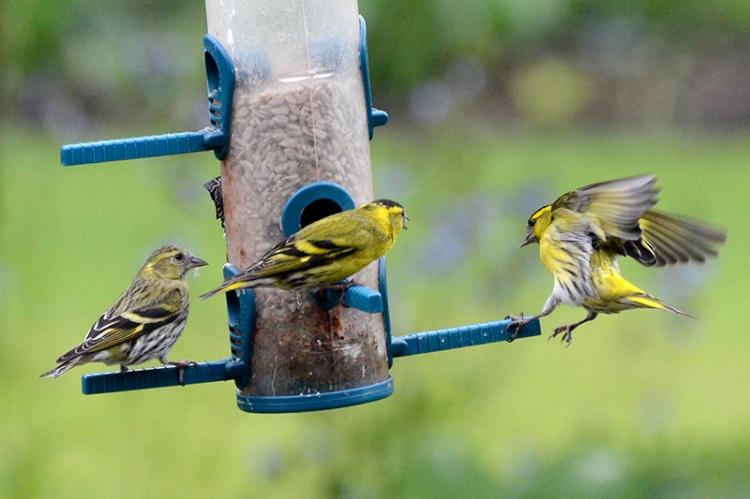 There were quite a few siskins which were as argumentative as ever. 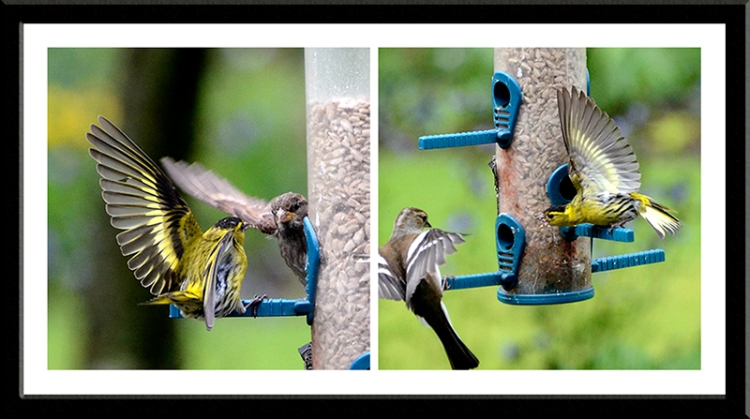 After our ride, we finished the day with a little tennis watching (brilliant), some light shopping (necessary) and a look at the highlights of the team time trial of the Tour (exciting).   We don’t watch a lot of sport on the telly but this month is full of good stuff.

I finally managed to catch a flying chaffinch of the day. 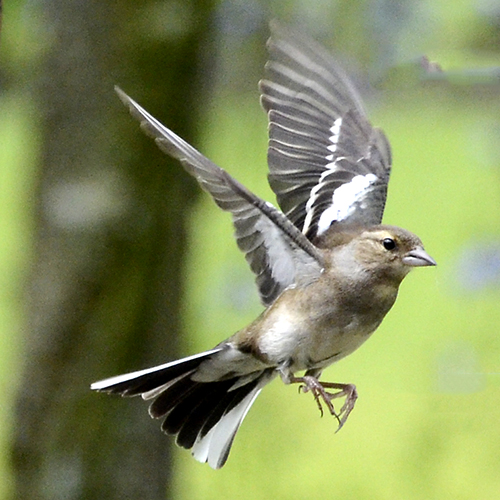