Today’s guest picture shows a hyacinth macaw which my Somerset correspondent Venetia met.  She didn’t meet it in Somerset though.  She is currently in the Pantanal, the Brazilian wetlands. 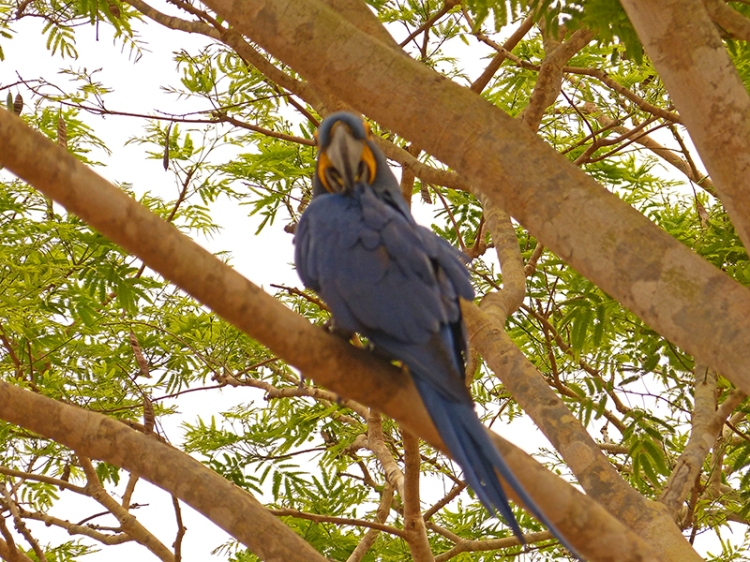 We had a first rate autumn morning here, with blue skies and a crisp temperature.  At 6°C this gave me a problem.  Cycling was on my mind but 6° is quite chilly and requires special clothing at my age.  However, this would mean getting far too hot later in the ride so I delayed my start until the thermometer hit 10° and this took enough time to let me get the crossword finished and to eat a couple of slices of toast to fuel me up for the ride.

When I got going, I had an open mind about my route but as I pedalled along, the beautiful day and cheerful legs got me thinking of a few hills and fifty miles.

I had a couple of bananas and a few dates and raisins with me so I could choose any route that I wanted. I was heading west but I turned off just before Lockerbie and headed south. I picked up a new bridge for my collection when I crossed the Water of Milk at Kettleholm.  (I don’t make these names up by the way). 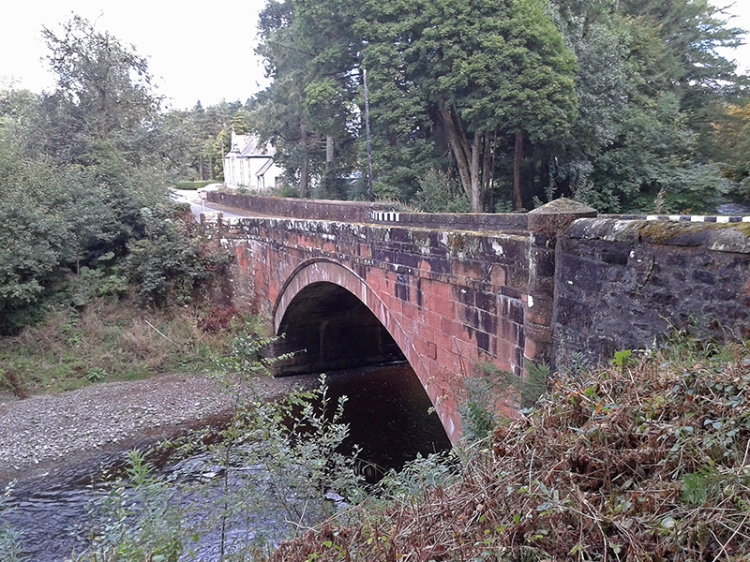 The views were very good today. 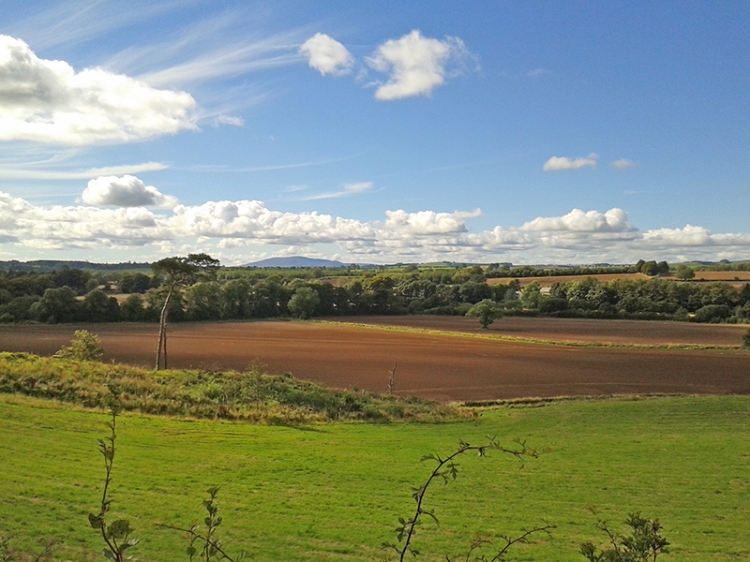 And I stopped at Hoddom where I saw that rarity this year, a ripe blackberry beside the River Annan….

…and a crop of Himalayan balsam, a beautiful flower but a pest. 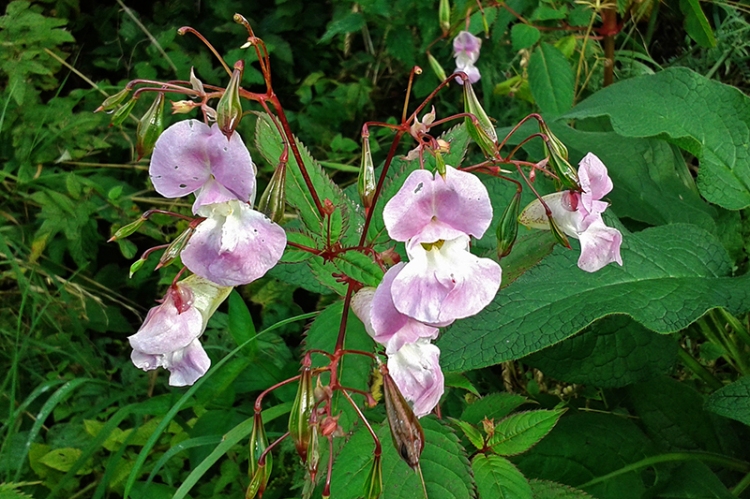 There was a fisherman on the far side of the bridge. 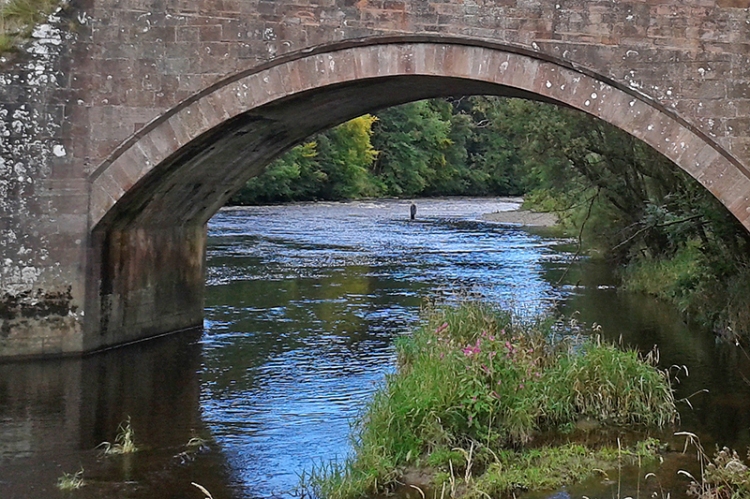 I had another view of him as I crossed the bridge.  He had a companion a bit further along. 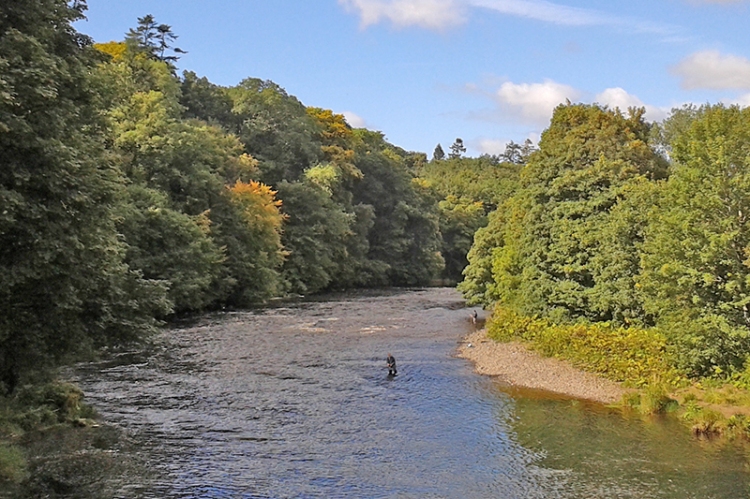 I expect that the fisherman thinks that sitting on a bike for hours on end is as odd as I think standing up to your middle in a river is.

My way home took me through Brydekirk, Ecclefechan, Middlebie and Chapelknowe and at Chapelknowe,  I had the choice of a direct route home or adding a few more miles and a couple of modest climbs by going up to Kennedy’s Corner and back over Callister.  I had enough puff left to choose the harder route and clocked up 54 miles and two and a half thousand feet of climb which was a satisfactory way of making use of a beautiful day.   I cycled well within myself and my average speed of a modest 13mph reflected this.

Those with time hanging heavily on their hands can see the route and details here.

I had enough energy when I got home left to take a cup of tea and a dainty biscuit with Mrs Tootlepedal and Mike Tinker who had dropped in and then for a quick walk round the garden. 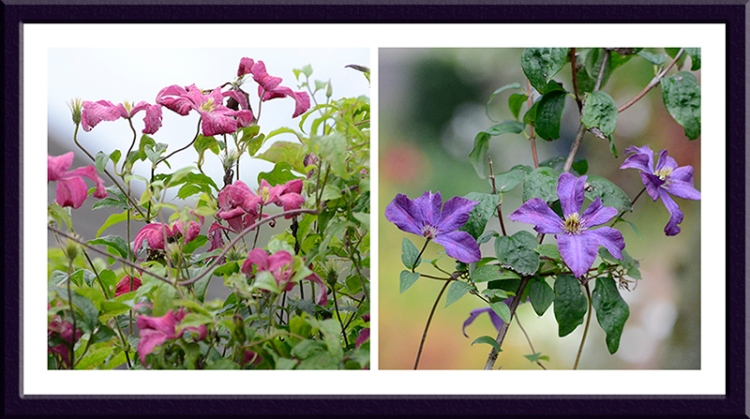 And the sedum was playing host to a great number of this sort of bee today.

Of course I might have noticed a few poppies too. 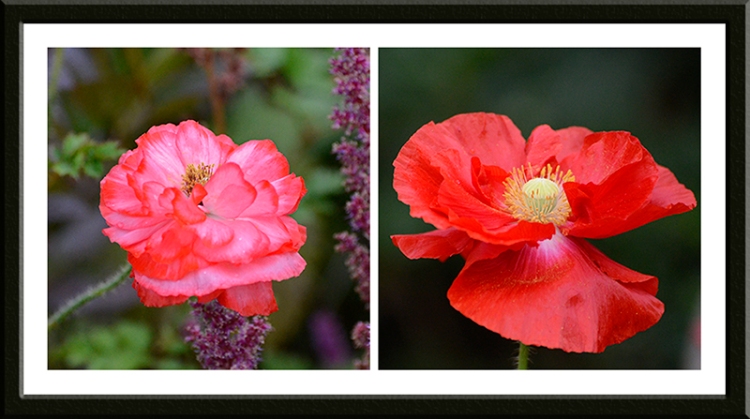 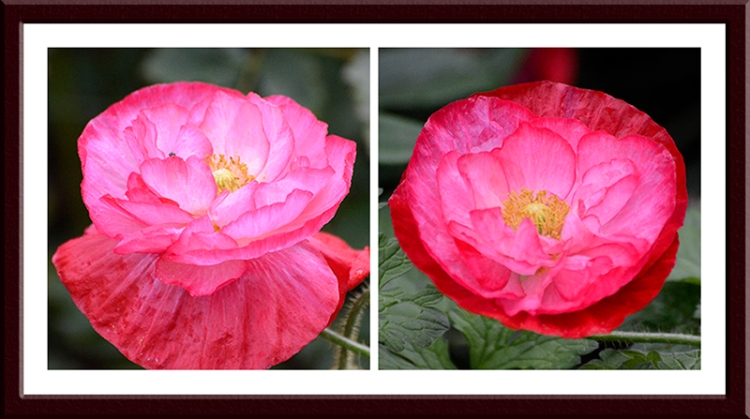 …and the star of the day. 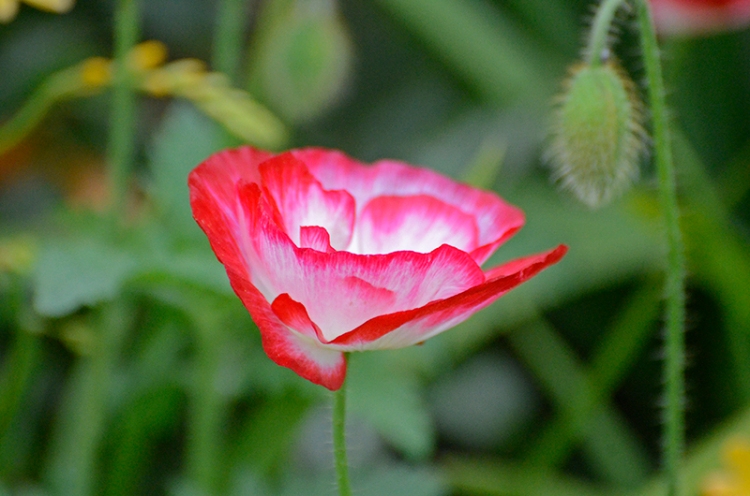 The better weather had got them to lift their heads up well.

I also had time to watch the birds for a few minutes.

The birds have got used to using the feeder hole with no perch as you can see in the picture above but I was very impressed by the smash and grab technique of the chaffing below. 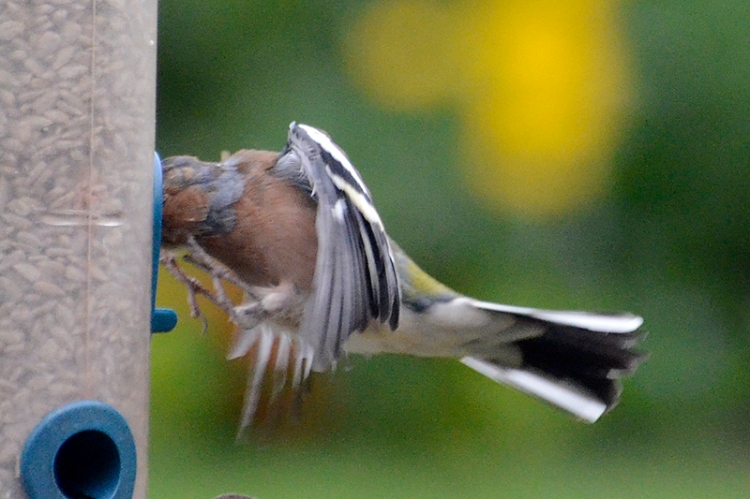 Then there was time for a bath and my tea before Susan kindly came and picked me up for a trip to our recorder group in Carlisle.  All five of us were present and we had a good play with some music which we had never played before mixed in with some old favourites.

For some reason, I am slightly tired and so will spare the reader any more rambling thoughts. 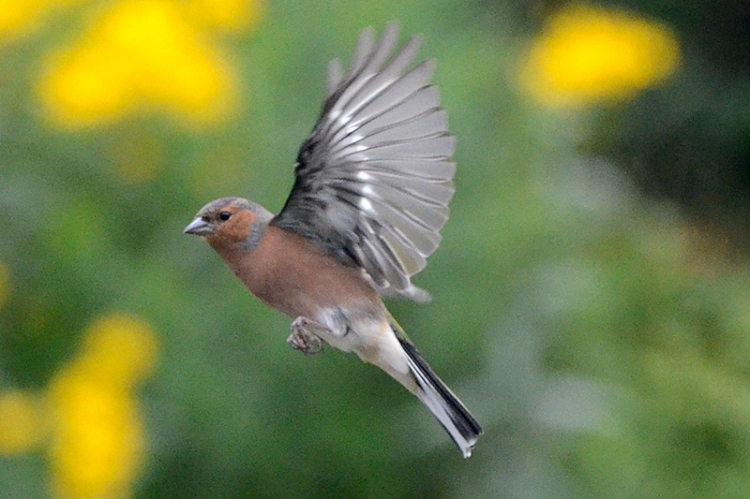 33 thoughts on “A straightforward but circular day”