We had another late start today but it didn’t matter much because it was miserable, wet and nasty morning, not fit for anything other than sitting over the breakfast table and doing the crossword.  We managed to get breakfast finished in time for me to welcome Dropscone for coffee.

I had ground some coffee beans a few days ago for a friend who had bought beans instead of ground coffee by mistake  and I had lent him a handy tin to keep the ground coffee fresh.  He was so impressed by my little coffee grinder and the prospect of endlessly freshly ground coffee  that he went out and bought himself a (better) grinder and yesterday he gave me back my tin with some of his own ground coffee in it.  Dropscone and I tested it out and found it very good.

After coffee, Mrs Tootlepedal and I set about sawing up a couple of the apple tree branches.  If we take our time and don’t jigger ourselves, we will get the whole tree sawed up and into the log pile before too long.

I took a few pictures in spite of the rain.

…so I took a walk round the garden to see if there were still some flowers about.

Walking across the little bridge over our pond, I saw a streak of green between the planks which I took to be moss…I was wrong.

The hint of blue sky tempted Mrs Tootlepedal and me to get on our cycling gear but even as we were pulling on the leggings, it started to rain.  It was one of those days when the weather was unreliable because by the time we had our shoes on, it had stopped again so we set off up the Wauchope road.

We found ourselves pedalling along a river of sunshine… 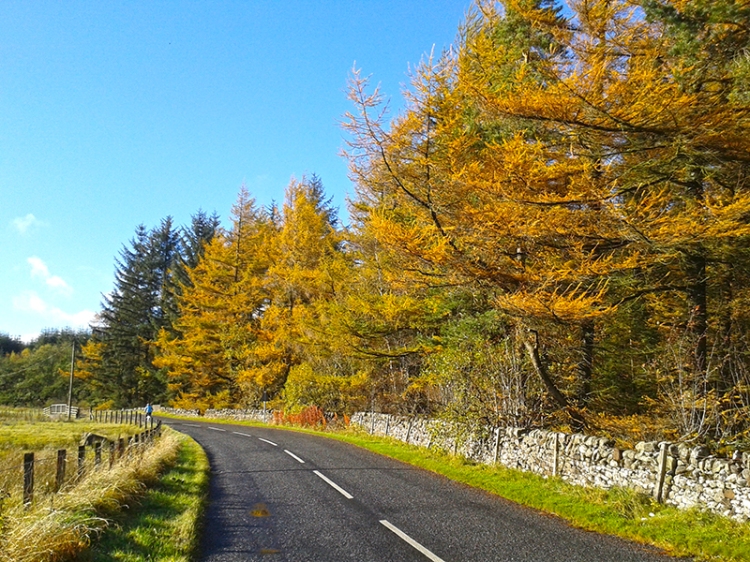 …between banks of grey and threatening clouds….

…and by the time we got to Wauchope schoolhouse, Mrs Tootlepedal voted for a quick return home before we got soaked.

The river of sunshine got narrower as we pedalled home….

…until it closed up entirely… 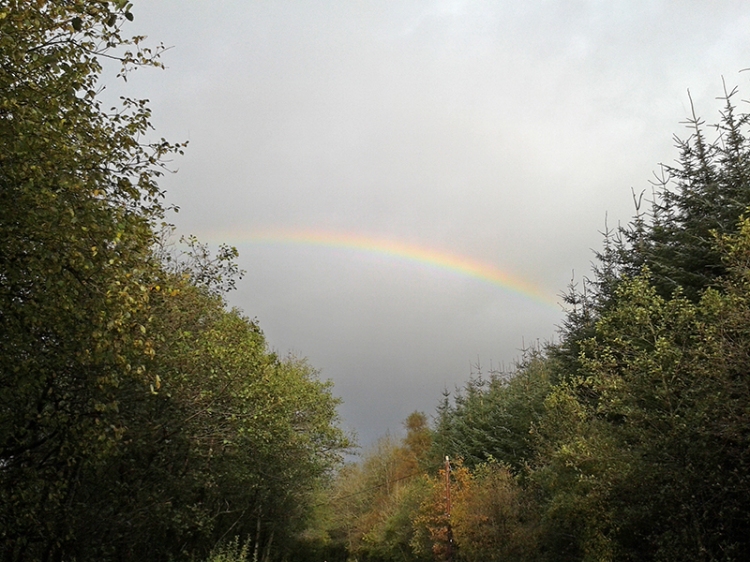 …but it opened up a bit as we hit Caroline Street….

….and I can confirm that the happy householder at 37 is the proud owner of a crock of gold.

Mrs Tootlepedal had had enough of this uncertainty and stopped cycling but I looked at the now blue sky, picked up Pocketcam and went back up the road.

You can see why I might have been tempted to risk a downpour.

I dropped in on my favourite cascade…

….and was pedalling happily up the road with a few miles in mind and enjoying the sunshine…

…until I got to the top of the hill past Wauchope School where massive grey clouds sent me scuttering back home.  I was putting my bike in the garage when the rain started.

It didn’t take long until the sun came out again though and I popped down to the suspension bridge to see how things looked there in the evening sun.

Mrs Tootlepedal looked at my picture when I got back and remarked that it was a pity about the telephone pole.

It was a pity… 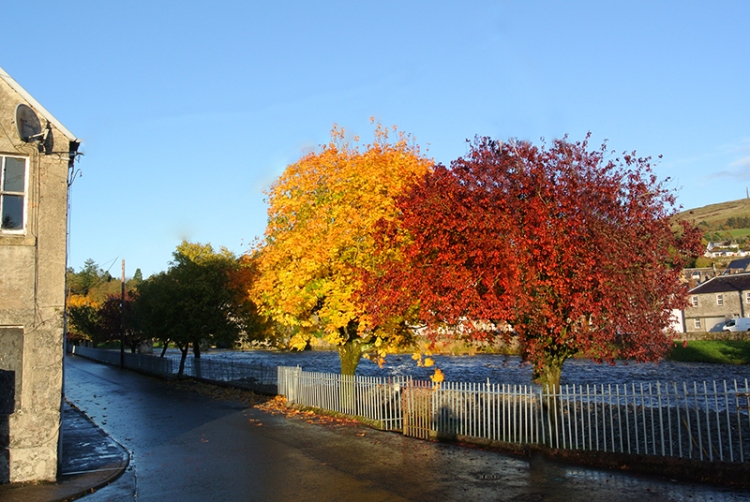 …so I disappeared it.

In the evening, we drove down to Canonbie to attend a performance by the Border Strathspey and Reel Society in Canonbie Church.

This is a group of musicians who keep alive traditional Scottish dance music.  There were about 25 of them tonight, mostly fiddlers but with an accordion, double bass, guitar, drums and keyboard players to add some depth to the sound.  As well as reels and strathspeys, they played jigs, marches and slow airs.  They were pretty good and a pleasure to listen to and they had an excellent local singer as one of their guest soloists.  By coincidence she sang ‘Somewhere Over the Rainbow’ as part of her program.

The concert would have been unalloyed joy had the first half not gone on for an hour and a quarter with the second half looking to be just as long.  I was beginning to feel like Mr Bennet in Pride and Prejudice (“You have delighted us long enough.”) but fortunately the concert organiser had some strong words with the group at half time and the second half was pruned sufficiently so that we got out after two and a quarter hours.   It was good to see a group so proud of their own work that they thought that a three hour concert would be needed to show it off but you can have too much of a good thing…..

…especially as I still had the pictures to prepare for posting and the blog to write when I got home.

Luckily the clocks go back tonight so a late bedtime won’t matter so much.

The flying bird of the day is another jackdaw with some white markings. 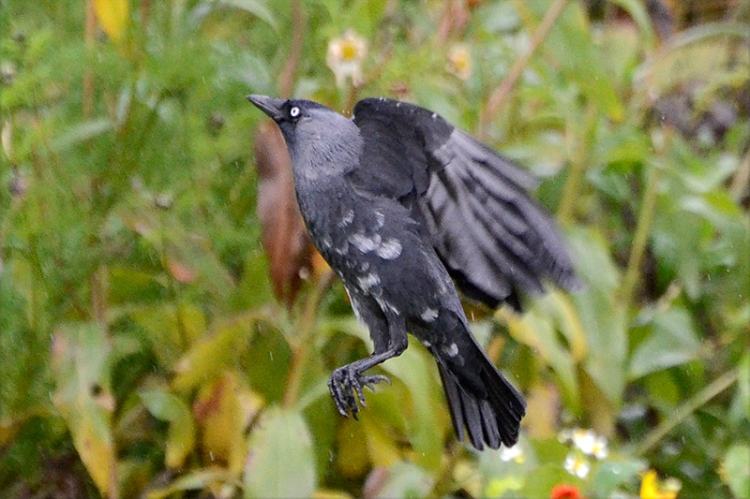 27 thoughts on “Under the rainbow”