Today’s guest picture shows a fine clock which Dropscone saw on his recent visit to Westerham in Kent.

I usually like to go for a cycle ride on a Sunday morning while Mrs Tootlepedal goes off to sing in the church choir but there was no chance of an enjoyable pedal today with more wind and rain in plentiful supply.  On the plus side, it had gone back to being unseasonably warm but as it was too wet to do anything outside, this wasn’t much use.

Instead of cycling, I entertained Dropscone to coffee and ate his excellent scones.  When he left, I walked down to the river in a light drizzle to see where all the rain was ending up.  It was coming from here…. 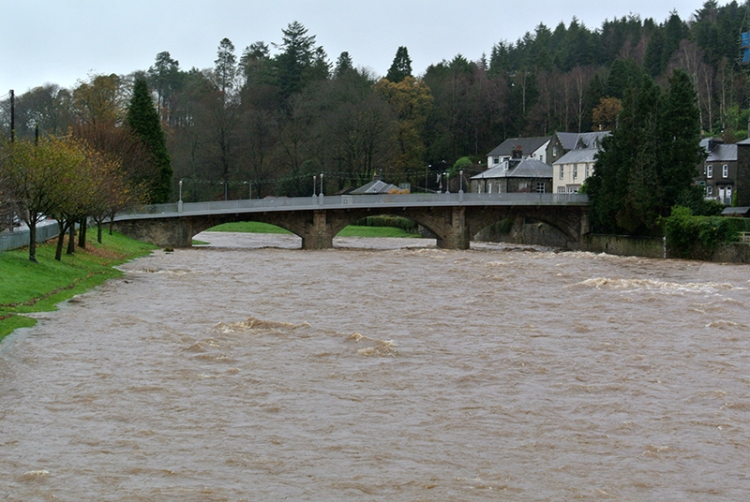 …and going off down there. 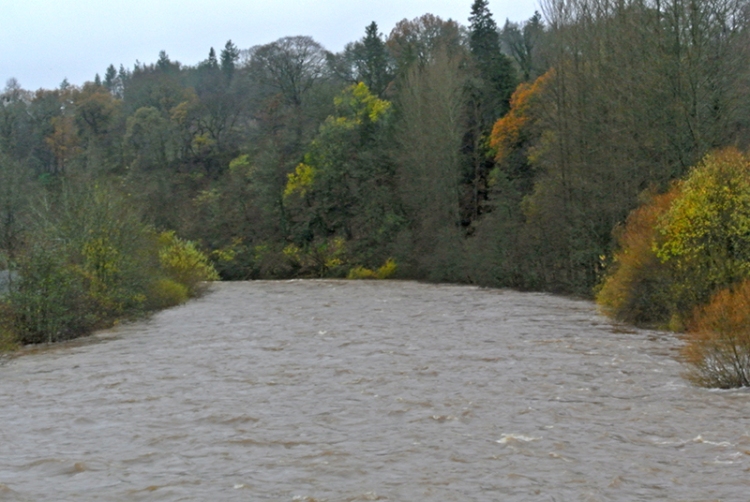 Even though it was still raining, the river had dropped a bit from its full height and had left a very neat edge as it went.

It looked as though someone had been along with a lawn mower.

I walked across the bridge and visited the Archive Centre to pick up the work of the data miners ready for entry into the database and I was pleased to find that they have just reached a new year, 1892.  It gives us a lift when another year is ticked off, although there is still quite a bit to go, to say the least.

When I got home, I filled the feeder and spent a little time looking at the birds through the drizzle.

We had several siskins at the feeder today…. 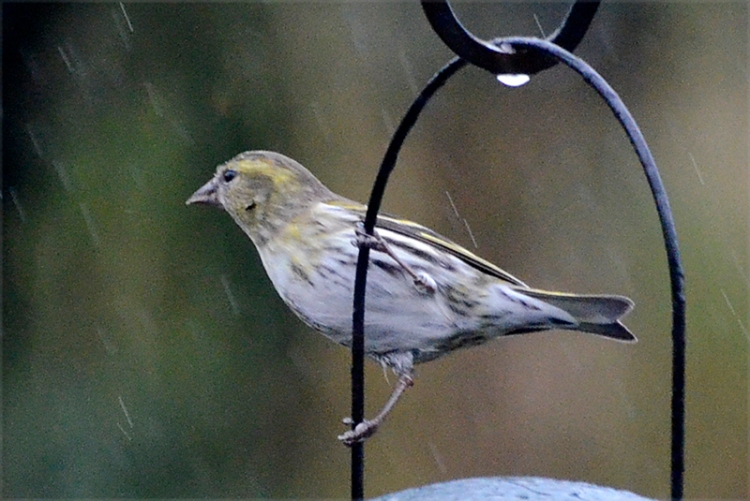 …and at times, there wasn’t a chaffinch to be seen. 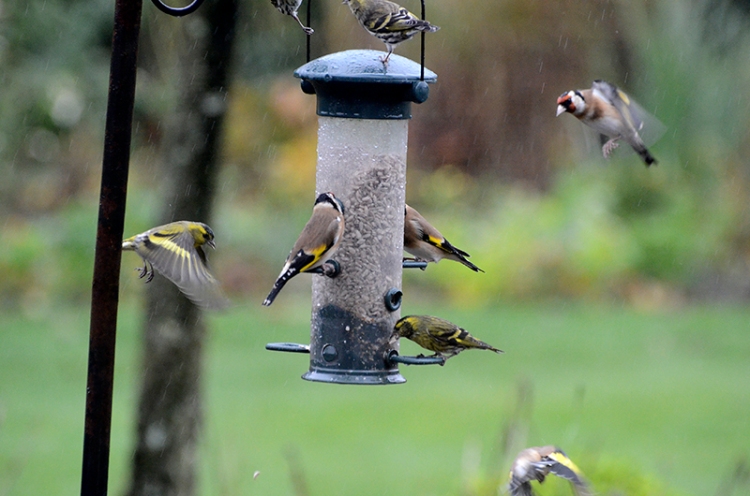 On the covered feeder, a blue tit was practising pole dancing skills…. 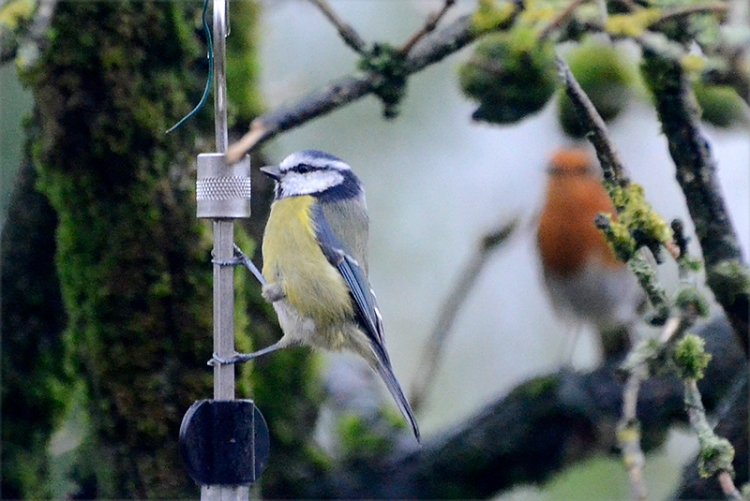 …to entertain a robin which was watching from the tree behind.  I was rather hoping that the robin would come and join in but it flew off without posing for me.

The only flower that I could find which was fit to photograph was a nicotiana.

In the afternoon, we went off to sing with our Carlisle choir.  We have a programme of ten songs which we are studying for our Christmas concert and almost all of them are a joy to sing so practices at the moment are even more enjoyable than usual.

In spite of dire warnings of floods, the roads to Carlisle were perfectly safe and the drive was worry free.  I think that the forecasters live in dread of being sued if they fail to predict a damaging weather situation so they are erring on the side of overestimating  the risks.  This is a bit annoying if you cancel an activity or outing and then find that it would have been perfectly feasible but I suppose that erring on the side of safety has something to be said for it.

We got home to a very tasty lamb stew which had been slowly cooking all day in the slow cooker and a slow cooked meal on choir Sundays has now become as traditional as scones with coffee.

The wind is howling and the rain pattering down as I write this so it is nice to be snug indoors behind our new wall.

The flying bird of the day is an indignant chaffinch, caught before the invasion of the goldfinches and siskins.

32 thoughts on “With a song and a smile”