Today’s guest picture comes from Dropscone who was able to get right down to the river side to take this excellent picture of the damage and temporary protective measures at Skippers Bridge.

Our spell of cool (-2°C to 5°C), dry days continues.  The best thing about it is the very light winds which come with it.  It feels as though we have been more or less continually buffeted by strong winds for more than a year so this break has been received very gratefully.

It would have been a very good day for a brisk cycle ride once the temperature had crept up but I conducted an internal audit of my corporeal situation and the auditor prescribed a day of rest.  I have done over 100 miles of pedalling this week after a very lean spell so perhaps I shouldn’t be too surprised that my system went on strike.

Sandy came round for coffee and picked up a set of pictures which the camera club is contributing to a Moorland Festival in March.  As I will be away at the time that the exhibition is being set up, he has kindly agreed to take the stuff in and supervise the hanging.

I did think of a walk after he had gone but didn’t get any further than a little thought.  No action ensued.

I was able to use the time to look at a robin. 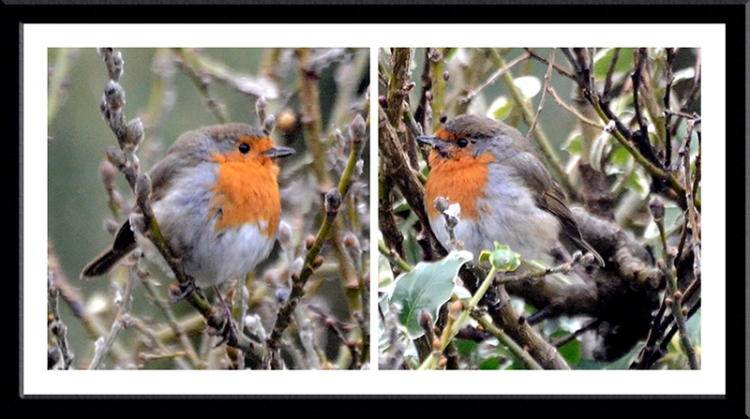 I am pretty sure that these are pictures of the same robin.  It seems to have sustained an injury below its left eye.

The robin on the right in the picture below is definitely the same one as it was taken at the same time and has the same injury….

..but the one on the left was taken a couple of hours later so I don’t know if it is still the same bird.

I  mostly sat about and groaned and mumbled but I did look up from time to time and saw these squabbling chaffinches at the feeder. 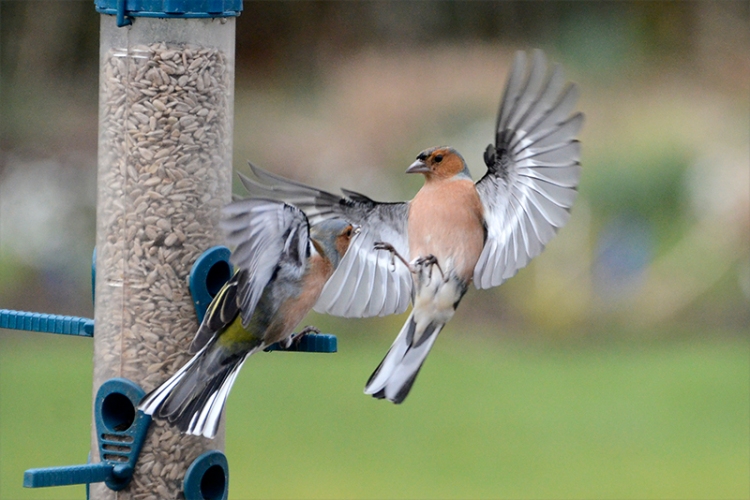 Luckily the six nations rugby tournament came to my rescue in the afternoon so I had something to watch and it even provided me with a very rare Scotland victory to cheer.

After the match, I was so perked up that I actually did mange to get up and go for a very short walk.  I was so impressed by Dropscone’s picture of Skippers Bridge from the water side that I scrambled down a bank to take a picture of the Jubilee Bridge in the fading light.

A walk round the garden showed very little of interest…

…as the cool weather has put spring on hold for a while.

Mrs Tootlepedal had made a very tasty chicken pie for our tea so between the rugby, the walk and the food, the day ended up with me feeling quite a bit more perky than when it started.

We are getting up very early tomorrow to catch a coach in Carlisle at 7 am to take us to Manchester for our choir competition.  I don’t know whether there will be any photo opportunities or when precisely we will get back from what is going to be a very long day so tomorrow’s post may be very brief or indeed non existent.

I am pretty sure that there won’t be a flying bird of the day to match today’s effort.