Today’s guest picture is another from Dropscone’s visit to Crail to act as referee at a golf competition earlier this month.  As well as looking as the fine views, he also saw some golfers.  There may be worse places to play golf than Crail.

They forecast a chilly night and we got one.  They forecast a fine day and it certainly started out with brilliant sunshine.  It was too cold to bicycle after breakfast (for me at any rate) so I waited until I had had a coffee and an éclair before setting off.

I went past the new windmill site and was impressed to see that a second section had been added to the tower.

The fact that we will have three wind farms on the hills round Langholm may be connected to my feeling that the wind is always blowing when I go cycling.  They probably put the turbines here for a good reason.

The wind wasn’t too bad today but it was still chilly and still coming from the north east.

I managed to choose a route where it was across or behind me for the most part and as long as the sun was out, cycling was a pleasure.

My legs weren’t quite as enthusiastic as I was so I had plenty of time to look at things as I went along.

I like the way that no money at all has been wasted in making it look attractive but as it is perfectly functional it is probably perfectly beautiful.

There were signs of spring.

But what exercised my mind most were signs of heavy showers.  I had one or two brushes with the fringes of showers and decided to limit my ride to 40 miles and get home before I got really wet.

Things looked a bit tight with nine miles to go. I stopped to take a triptych with showers to the left and right and hope straight ahead.

I felt a bit smug until a bend in the road took me into the shower on the left.  As it was a heavy hail shower I got a thorough pinging.  It was all the more annoying that I could still see the nice blue sky and sunshine no distance away to my right.

I was a bit worried that the road might end up covered in hailstones and get slippery  but luckily things eased off after a couple of miles and I got back into enough sunshine to see me home. 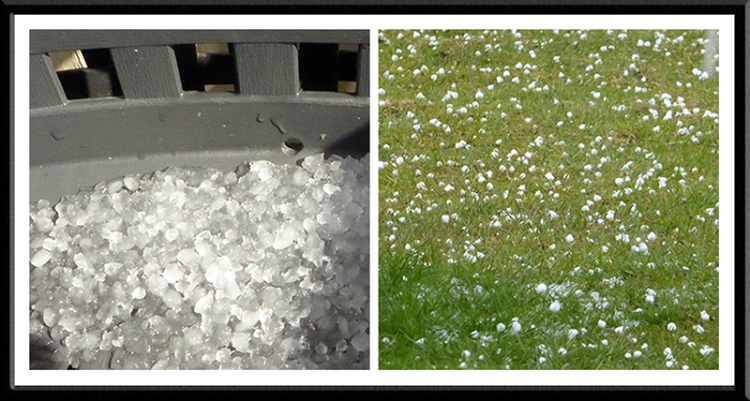 …so I considered myself lucky to have got off so lightly.

I had a late lunch, admired all the excellent work that Mrs Tootlepedal had done in the garden before the hail had come on and then went off on a nuthatch hunt.

The clouds had gone and it was a quiet sunny day by now.

I met an ex pupil looking up into the tree when I arrived at the nuthatch nest.  He asked me what bird it was that was singing so loudly.  I was able to tell him that it was a nuthatch and he, with his comparatively young eyes, was able to spot it among the branches for me.

It’s partner soon appeared carrying material for the nest.  As the bird on the left was making all the noise and the one on the right was doing all the work, I take it that that lets us know which is the male.

After a while, the worker appeared from the nest,  had a look around, climbed up the tree and posed triumphantly.

I peered inside the hollow tree trunk beside the Lodge Walks.  The large fungus is still thriving but the small red button like ones have vanished without a trace.

There were more primroses than before and they had been joined by some wood anemones.

The walls were as interesting as ever, a garden in themselves.

I didn’t see Mr Grumpy or any oyster catchers on the Kilngreen but I got an unexpected treat instead.  In the Clinthead Garden, a bird was so busy pecking up worms that it didn’t mind how often I clicked away.

I am not the world’s most reliable bird spotter but I think that this is a mistle thrush. 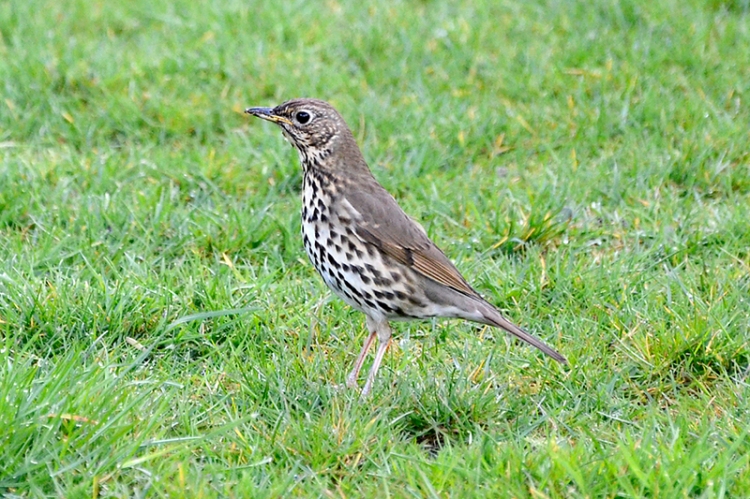 As an added bonus, I thought that I could just make out a first hint of green on the poplars beside the river in the park.

For a short walk, it was very good value.

The sunshine had brought out a tulip of two in the garden when I got home. 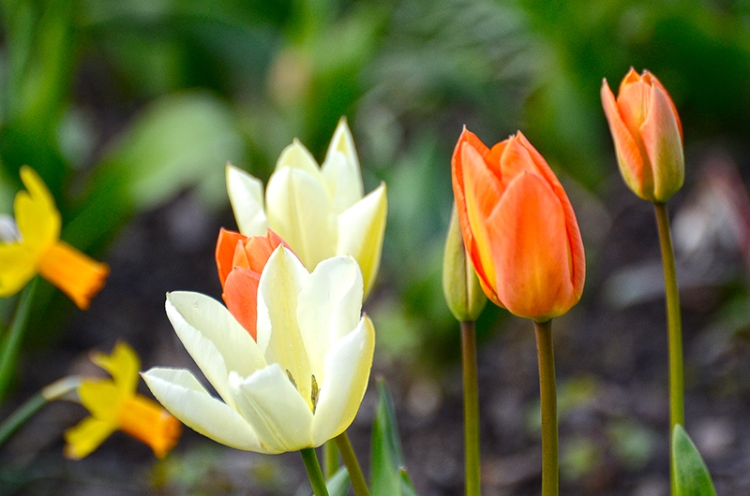 It says that it going to freeze again tonight so we are keeping our fingers crossed for the plants.

The redpolls were back on the feeder again today and they must now be considered regulars.

As you can see, there are at least two of them and I think that there may be more.

It is hard to tell one small bird from another.

There was a moment of almost perfect geometry on one feeder.

We have had some large birds in the plum tree lately with visits from rooks and sparrowhawks.  Today’s example was a pigeon.

For some inexplicable reason, I feel a little tired as I write this and am intending to have an early night.

The flying bird of the day was a disgruntled goldfinch leaving in a huff when it found that the feeder was busy. 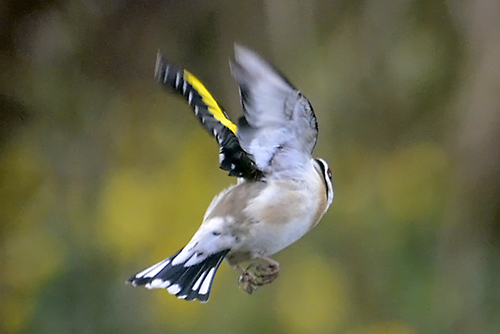