Today’s guest picture was taken by my brother on his recent outing to Wales and shows the train from Bedgelert coming round the mountain.

The resting of my thumb has gone very well and it is a good deal less painful than it was on Thursday.  There is no doubt that too much work holding up a heavy camera and manipulating a mouse has not done it any good.  A number of other things, such as recorder playing, cycling and lawn mowing also add to its work load so a weekend off was just what the doctor had ordered.

As it happened, I didn’t get too bored away from doing the things that I like because we spent the weekend in Glasgow, taking in a very enjoyable performance of the Mikado on Friday and an evening of Elgar’s music provided by our Carlisle choir conductor’s Glasgow choir on Saturday.  This choir, from Bearsden, is even bigger than ours and was singing with a full orchestra so it made an exciting sound.

We went up and down by train so it was a very relaxing outing and the fact that the weather was beautiful throughout was a bonus.  We enjoyed  a stroll along the Clyde in the sunshine on Saturday and as I had my very lightweight Lumix on my pocket, I couldn’t resist taking a snap or two, though there are no flying birds to show for it.  They need the heavy camera.

I am trying limit my typing for the moment so the pictures will go in with the briefest comments I can manage.

There are many bridges over the Clyde in this part of the city. 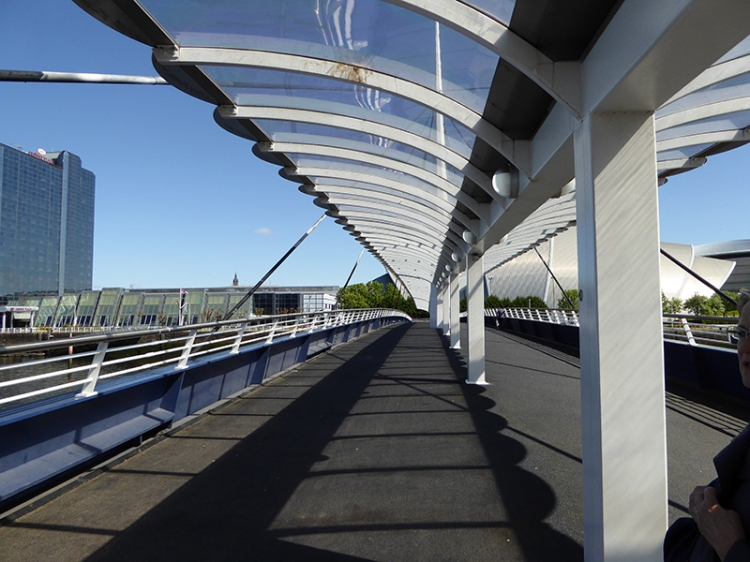 …and admired the new road bridge too.

The riverside has been extensively redeveloped… 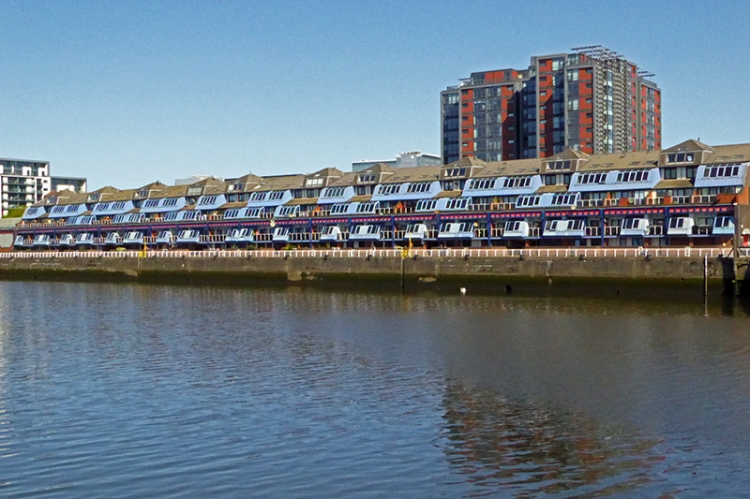 …for both housing and leisure facilities.

There is a stray wire in the picture of The Armadillo and it got in the way of a picture of the Bell’s Bridge, built for the Garden Festival in 1988 too.

For once it wasn’t a power company to blame.  On this occasion it was a large crew of charity fund-raisers whizzing across the river on a temporary zip-wire.

Rather them than me.

As well as new bridges and buildings, some of the old features are still around.

The rotunda on the left was built for the Glasgow Harbour tunnel which let pedestrians and horse drawn vehicles cross the river by tunnel.  The rotunda housed a giant lift.  The Finnieston Crane on the right is no longer in working order, but is retained as a symbol of the city’s engineering heritage.    Another of the new leisure buildings lurks behind it.

Old and new could be seen on every side….

The Waverley paddle steamer was moored in front of the Science Tower on one side of the river…. 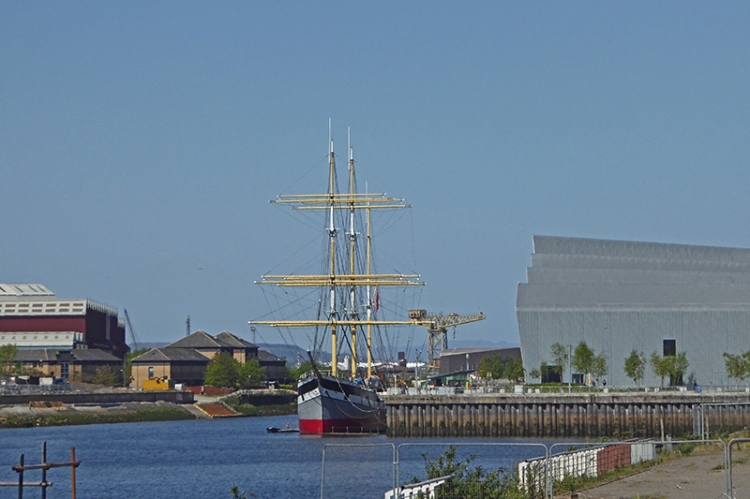 …and the restored Clydebuilt barque Glenlee was parked outside the brand new Riverside Museum on the other bank.

Some old docks looked as though they were still waiting for development opportunities. 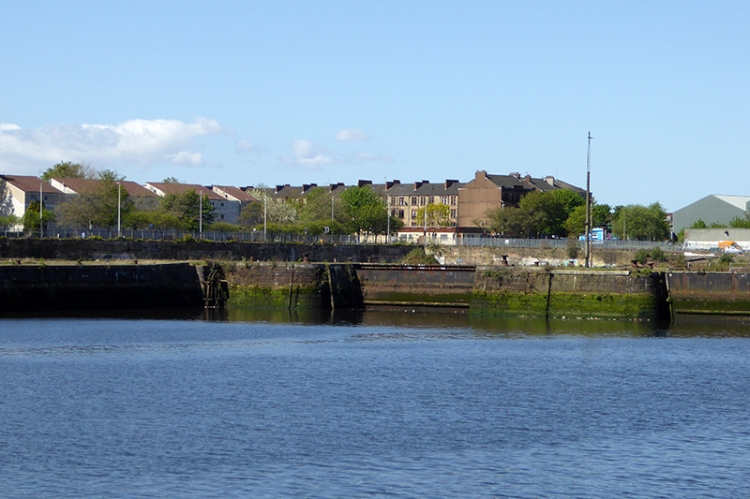 Although the development is pretty impressive, it lacks the small shops and cafe’s which would lend it a more human touch.

We left the river and walked back into the city past the Kelvingrove Museum (where we had lunch) and the university.

No one on Glasgow ever thought that a building didn’t need another turret or a taller tower….

We had a quick look round the museum and art gallery after we had finished our lunch.

Then we headed up the hill to the Botanic gardens, which were a popular destination.

There were good displays of blossom, rhododendrons and tulips to delight the eye….

…and, of course, a little ornamental decoration too.

By this time, we were well exercised and retired to our hotel for a snooze before the evening’s concert.

By great good fortune, we found the last available table for two in a very nice Italian cafe just across the road from the concert and enjoyed a delicious meal of roast hake before the Elgar.

As trips to the big cities go, this was a winner and the train journey back this morning was as pleasant as all the rest of the trip.

No heavy camera, no flying bird.

25 thoughts on “Thumb resting on Saturday”