Today’s guest picture shows some of the measures that have to be taken to control the river in Grimsby because of the large rise and fall of the tides.  My brother made an excursion to the town while on his visit to Cleethorpes. 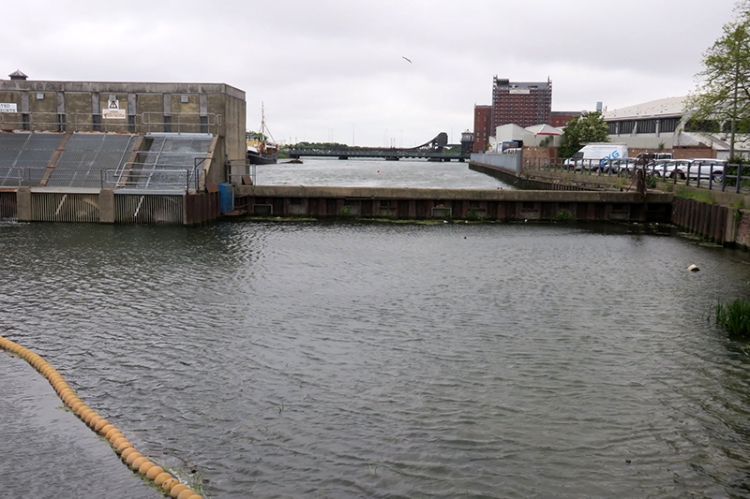 We are beginning to get used to warm, dry weather in Langholm and it will be a big shock when we revert to our more usual rainy style.  Meanwhile we are enjoying our sunny days and making the most of them.

I started today with a visit to our producers’ market in the Buccleuch Centre.  It was not as busy and cheerful as it normally is as there was a distinct lack of both buyers and sellers.  Still, I stocked up on fresh fish, good meat and excellent cheese so the lack of honey, tea and coffee was bearable.

There was no time for idling in the garden in the morning as we had a lunchtime appointment in Carlisle.  The lady who takes our Langholm Choir had arranged a small charity concert to support the work of a group in Carlisle that takes necessities to the refugees who are unfortunate enough to be stuck in ‘The Jungle’ at Calais.  We thought that this was a good cause so we went.

It was lucky that we did go because Mrs Tootlepedal and I constituted a sixth of the whole audience and the little concert was good enough to have deserved ten times as many or more to hear it.

As we were in Carlisle and it was a beautiful day, we decided to go for a short drive when the concert finished and chose to visit the memorial to Edward I at Burgh-by Sands.  He died there in 1307 while on his way to teach those dratted Scots a good lesson.

In spite of its name, Burgh-by-Sands isn’t right on the seashore and we drove some way from the village, parked the car and still had this delightful farm track to walk down before we got to the marsh. 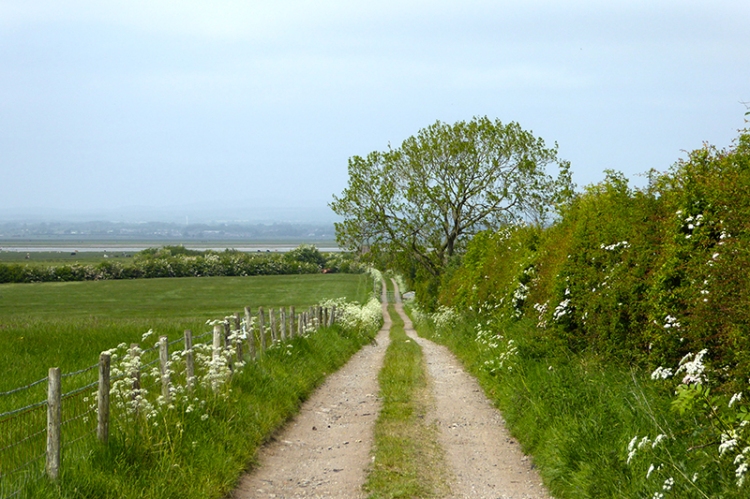 You can see the estuary of the river Eden in the background.

The fields beside the road were full of grazing cattle and sheep and we were a bit surprised when the sheep suddenly left the fields and filled the road in front of us. 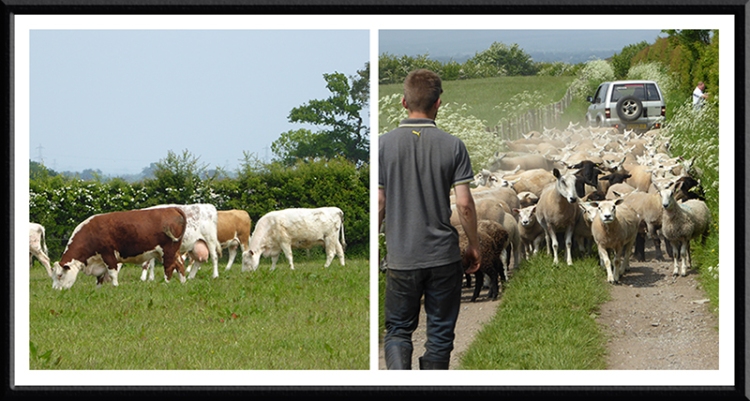 Fortunately, they soon turned round and went down the road towards the marsh following the car.  We followed at a safe distance.

The memorial to Edward I is stuck out on the marsh… 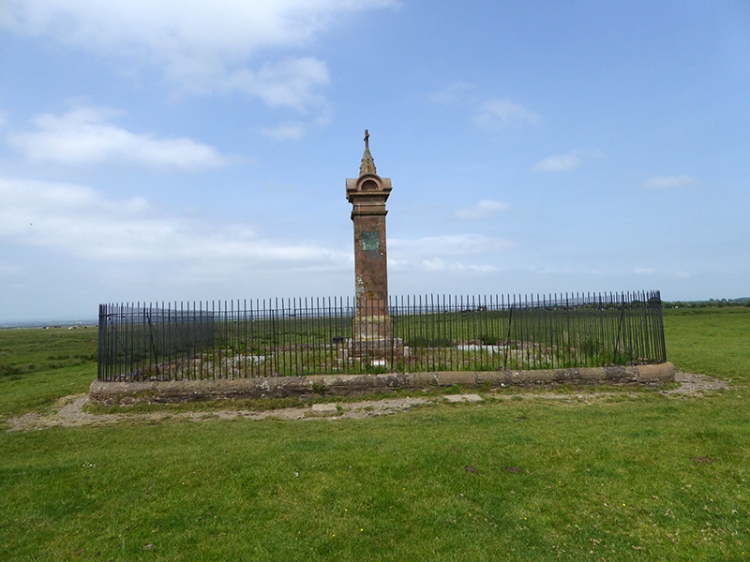 …and is protected from the attentions of the cattle that graze there.

The memorial is not well tended at the moment and the plaques are getting rather weather beaten. 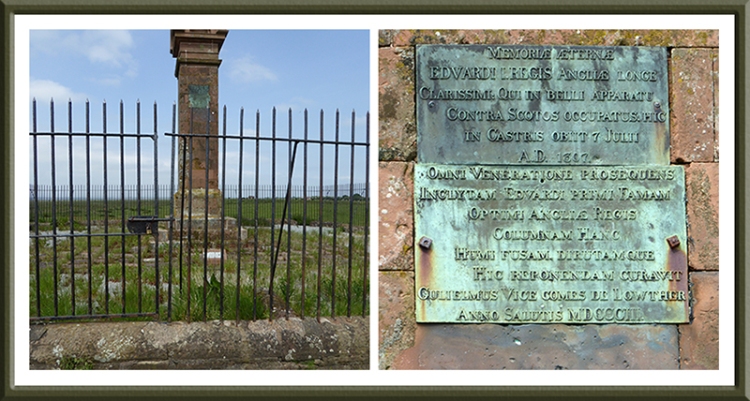 The present monument was erected by the Earl of Lonsdale in 1803 and replaces an earlier obelisk placed there by the Duke of Norfolk in 1685. The inscription on the monument reads “Omni veneratione prosequens inclytam Edwardi primi famam, optimi Angliæ Regis, columnam hanc humifusam dirutamque, hic reponendam curavit Gulielmus Vice-comes de Lowther, Anno Salutis MDCCCIII”  Readers will doubtless be so fluent in Latin that to translate these words for them would be an insult so I won’t.

As you can see Edward I was regarded as a great king but since he was responsible for starting the 100 years war against France and 300 years of fighting between Scotland and England, he is probably mourned more by some than others.

The marsh cattle began to move towards us so we made a dignified exit before they arrived and walked back up the lane.

The sheep were now in a flowery field… 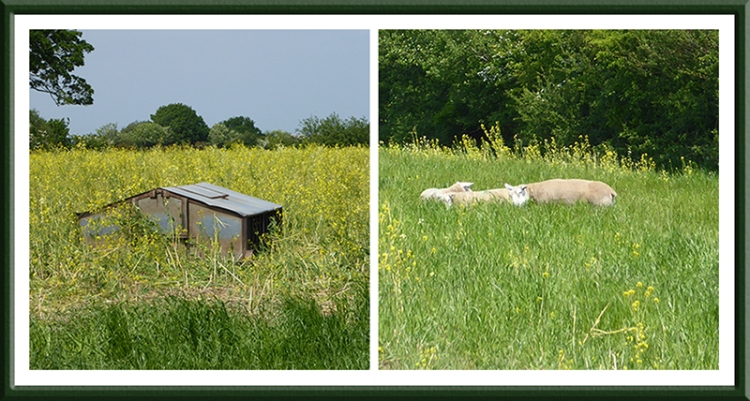 …and there were enough wild flowers about to keep me very happy snapping away.

We saw quite a few orange tip butterflies of both sexes but this was the only one that didn’t flit away as we approached.

This part of the country is full of old villages and churches but there are not many thatched cottages so I stopped to take this picture as we drove back to the village.

It was well over 70°F  (22°C) as we drove home and we were pleased to get into the cool of the kitchen and have a cup of tea when we got there.

It was too nice to stay indoors though so I went out to sieve some compost and Mrs Tootlepedal found a home for it on the strawberry bed.  When I went out first, I saw a butterfly… 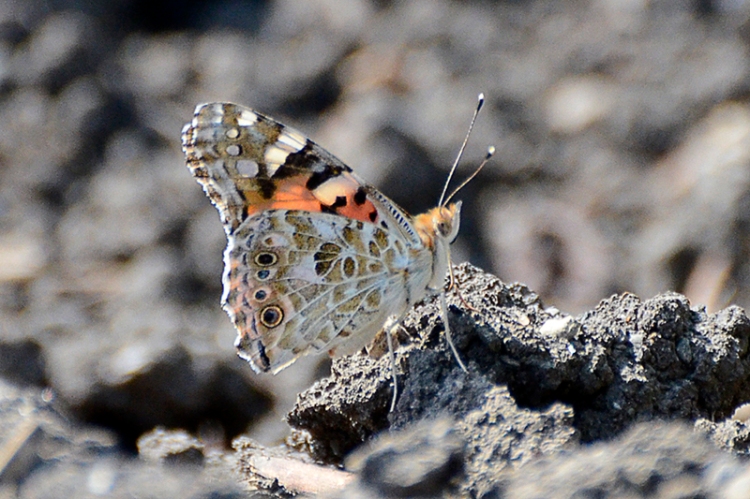 …but it obstinately kept its wings closed until I put the camera down, at which point it opened them up and then flew away.

I consoled myself with pictures of my current favourite flowers… 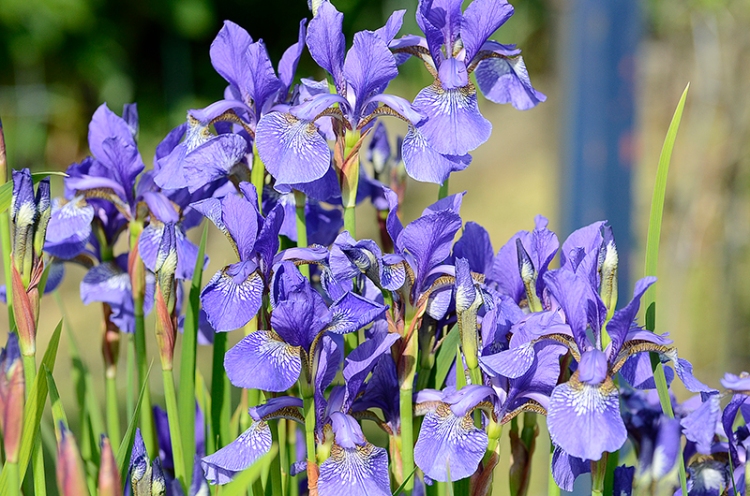 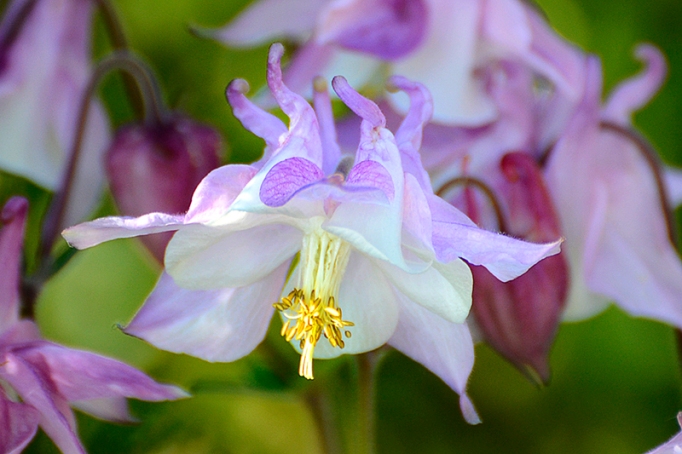 …until the butterfly returned in a more obliging mood.

I mowed the middle lawn and set the sprinkler to water the front lawn first…. 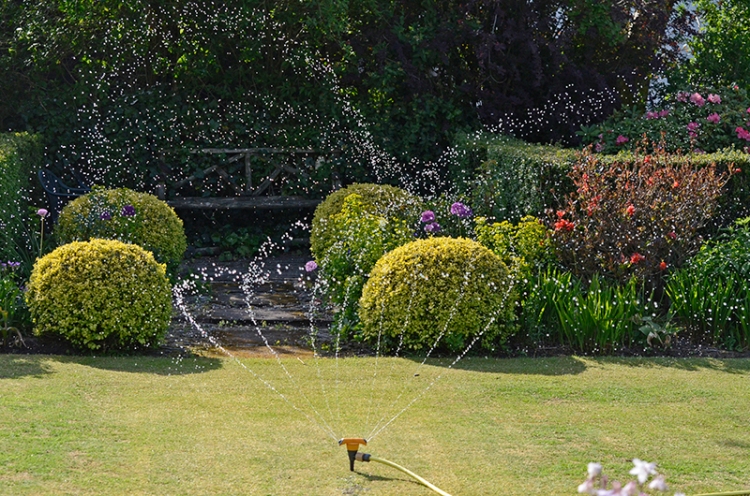 …and then the middle lawn when I had finished the mowing.  I am trying to make the  very best use of the good weather to get the lawns looking a bit better.

I left Mrs Tootlepedal to turn off the sprinkler and went out on the slow bike to see if the light was still good enough to capture a nuthatch.  I stopped at this fine display of wild flowers just before I got to the nesting site….. 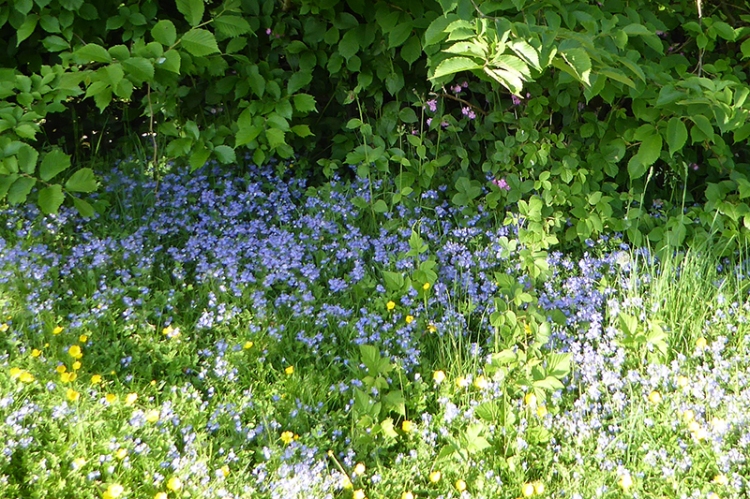 …but the light wasn’t good enough for nuthatch spotting at the tree so I turned my attention to a nearby cricket match.

…too fast indeed for the batsman at the other end who played too late and heard the bail being dislodged from his wicket before he had completed his stroke.

I pedalled on and saw a dipper when I looked downstream from the Sawmill Brig.  By the time that I had got down to the river bank, the dipper had been replaced by Mr Grumpy… 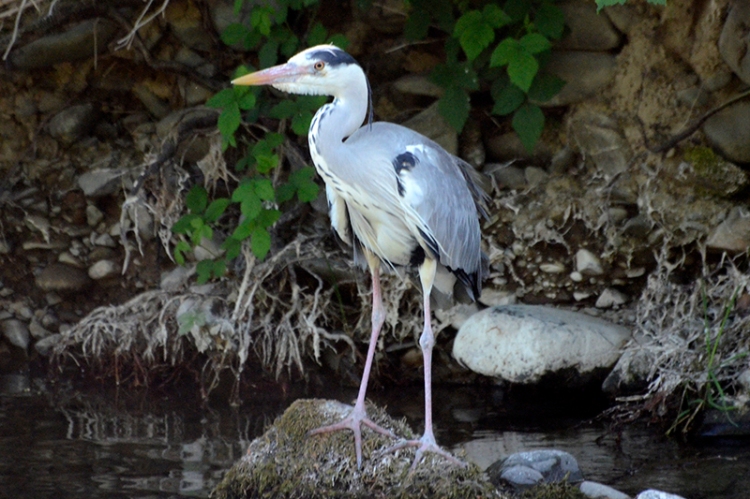 …who had found a shady spot to stand.

The fish from the market made an excellent evening meal and rounded off an interesting day.

The flying bird of the day is the heron flying off to find a better fishing spot. 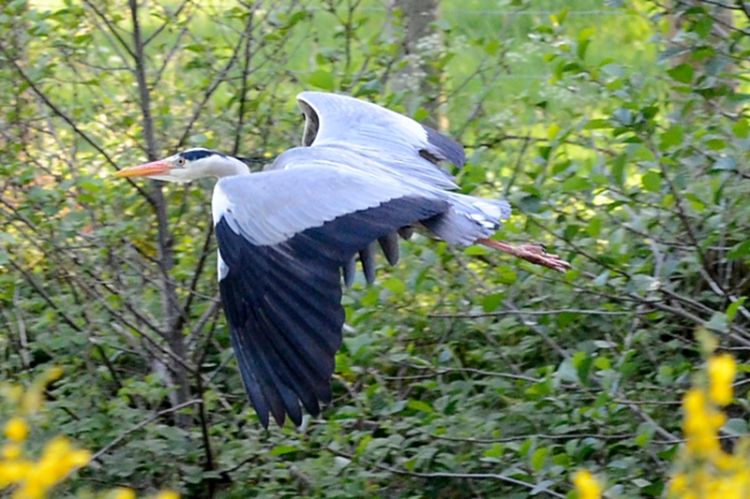 32 thoughts on “A live concert and a dead king”