Today’s guest picture shows you-know-who enjoying a chocolate cake.  It was sent to me by her proud father.

The day didn’t start quite as I had planned.  Instead of leaping up and cycling into the middle distance, I staggered up, had breakfast and retired back to bed to read a magazine for an hour or so.

When I finally got up, I was just in time to help Mrs Tootlepedal.  We had accumulated a very large pile of clippings from the front hedge and the two smaller hedges in the garden which she had clipped.  We have a small electric shredder which is usually quite adequate for our needs but this pile would have meant a very long time standing and feeding the little machine.  Hidden away in the garage, we have a large petrol driven shredder which we stopped using years ago basically because it was very noisy and smelly.  But needs must so it saw the light of day again.

Mrs Tootlepedal was very pessimistic about the chances of it starting after being inactive for so long but much to our surprise, it started easily and the large pile of hedge clippings  were turned into usable  composting material in a quarter of an hour.

After the machine had been stowed away, I had a look round the garden.

New roses are appearing every day.

There were bees on all sides.

…but not as much as I like the astrantia.

After lunch, Mrs Tootlepedal expressed a wish for a cycle ride somewhere new and as we have cycled round pretty well every road in the vicinity over the years, we packed the bikes in the car and drove thirty miles north and parked the car at the visitor centre at Harestanes.

Mrs Tootlepedal suggested that we should cycle to the village of Roxburgh about 6 miles away and make a circular route by coming back past the Waterloo Monument.

This turned out to be a very good plan indeed. The weather was perfect for cycling, the roads were quiet and well surfaced and there was something interesting to look round every corner.

We saw a huge fungus at Nisbet…. 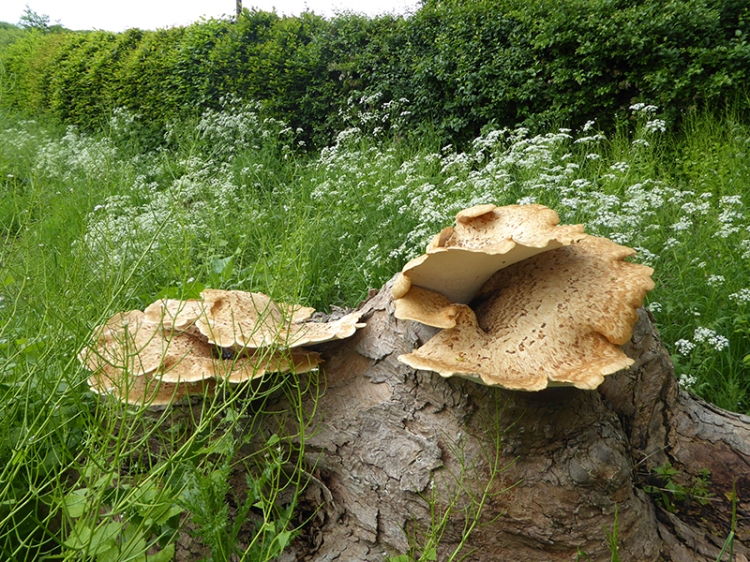 …the Cheviot Hills in the distance… 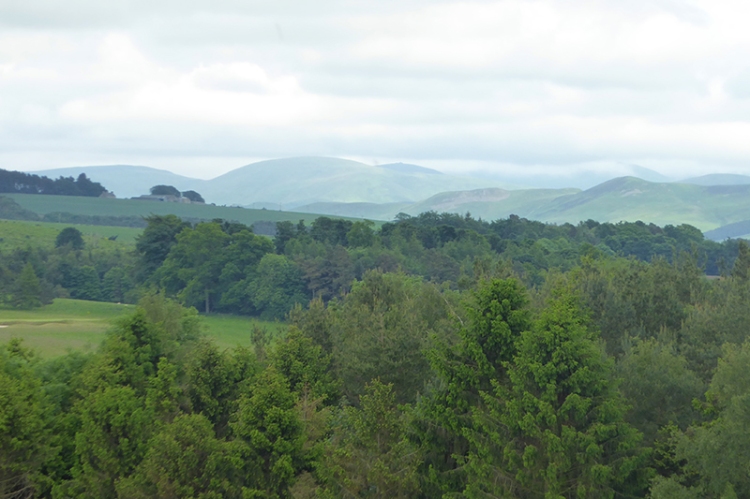 …white campion and strikingly blue comfrey in the verges…

…hares chasing each other through the fields…

…a picturesque lochan complete with many waterfowl…

…and if we had stopped for every photo opportunity, we would never have got round the thirteen and a half miles at all.

The roads were varied and the views often spectacular both to north and south.

Mrs Tootlepedal was very interested in visiting Roxburgh, as the original town was once a thriving market community but it has been written out of history and can no longer be seen.  She was hoping for signs of ruins but rather disappointingly for her, it turns out that the name has been passed on to the little village that we visited today and it is two miles away from the site of the ancient town.

I was more excited by the modern village… 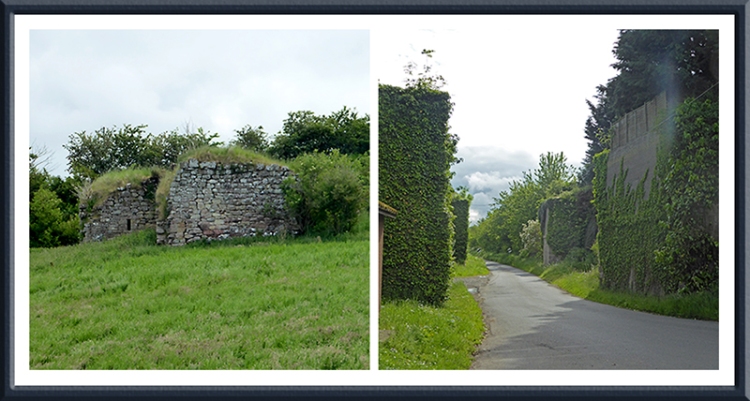 …which had an ancient ruin but more interestingly had the remains of two substantial railway bridges which once crossed the road which we use to enter the village.

It turns out that Roxburgh was a junction where the branch line from Jedburgh met the line from Kelso to St Boswells.  As a result it also has a splendid viaduct where the Kelso railway (long shut) crossed the River Teviot.  I love a good viaduct.

We cycled down Ferry Road from the village to the river and walked along to the viaduct.  There is no need for a ferry now as there is an excellent footbridge attached to the viaduct.

As far as I can find out, the footbridge was part of the original design of the viaduct which is most unusual.  You can see that it is perched on the piers of the viaduct.

I walked onto it and looked upriver.

As you can imagine, I spent a good deal of time taking pictures but in the end, we pedalled back up into the village and took the road back towards the Waterloo Monument.  It can be seen from many miles away and one day (soon, I hope) I will come back and walk up the track to the monument itslef.  Today, though, we cycled past it….

…and I had to use the zoom on the Lumix to get a good view of it.  The views over the Teviot valley as we came down the hill back to Harestanes were outstanding.

All in all, we thought perhaps that it might be  the best value thirteen miles that we have ever pedalled.   The  mild weather, light winds and occasional sunshine all helped of course.

We enhanced the drive home with some serious shopping in Hawick and arrived back in Langholm tired but happy.

I had no time for staring out of the kitchen window today so the flying ‘bird’ of the day is my cycling companion floating up a hill.

27 thoughts on “An unexpected treat”