Today’s guest picture comes from my son Alistair and shows what Attila the Gardener can do when she visits her granddaughter with a pair of shears in her handbag.

We had another grey and generally rainy morning today and I was happy to stay inside and prepare a lamb stew for the slow cooker while Mrs Tootlepedal went off to sing in the church choir.  What made me even happier was that I was able to use the first onion of the year from the garden and one of the little white turnips in the cooking.

The gloomy weather made me think that an indoor picture might be good insurance in case going out was not going to be suitable for flower shots. 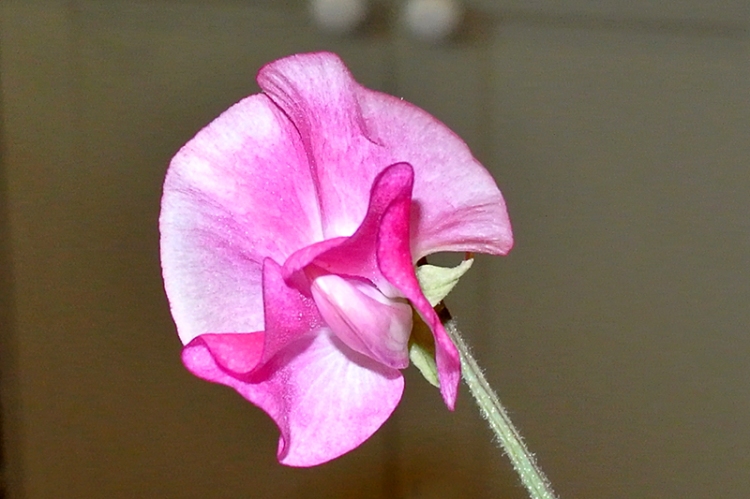 The sweet pea was in the kitchen and outside the window, the feeder aerial ballet was relentless…

…and the sparrows and siskins had emptied the feeder before Mrs Tootlepedal had returned from church.

Happily, the rain eased off and I was able to go out.  The packets of dahlia seeds have produced a good variety of shape and colour in their flowers.

Various lilies are doing well in spite of the cool damp weather.

I visited the vegetable garden and admired the flourishing main crop potato plants.

The trouble with potatoes of course is that you never know how good they are, no matter how good they look, until you dig them up.  The proof of the pudding is in the eating as they say.  (Not that we use potatoes in puddings.)

As it stayed dry, I shifted a bit more compost from Bin C into Bin D and might have completed the job if Mrs Tootlepedal, back from church and needing coffee, and a heavy shower of rain hadn’t arrived at the same time.

I went in and prepared the bread maker to make a dozen rolls.

After lunch I had intended to go across to the Castleholm and watch some horse racing there but a persistent drizzle and a severe lack of light for action shots persuaded me that watching another potentially exciting stage of the Tour de France followed (hopefully) by the end of Andy Murray’s triumph at Wimbledon might be a better bet.

This was a good decision.

The cyclists had an interesting day of weather starting with searing heat at 30°C and ending up pedalling up a mountain at 10° in a torrential hailstorm.  They seemed very cheerful afterwards in spite of it all.

After the tennis was over, I looked out of the window and seeing that the rain had stopped, I went off for a short walk.

The Sweet Williams made a gloomy day look very cheerful as I left the house. 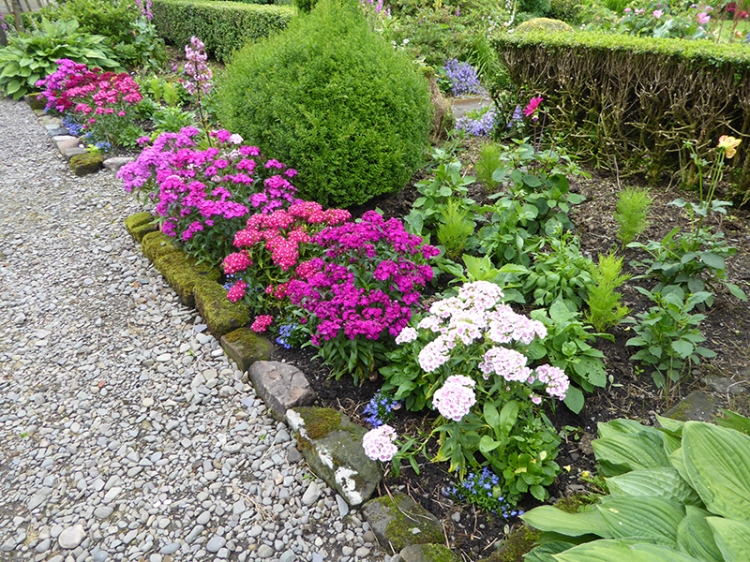 There was plenty of water in the Wauchope as I went past the caul at Pool Corner….

…and plenty to look at as I went round Gaskell’s Walk.

If I had paid more attention on our recent wild flower field day, I might know what this is.  There was a lot of it about and I am going to plump for Crepis  capillaris or smooth hawks-beard.  Our lecturer at Maryport told us that he had once given a well attended whole day class purely on ‘little yellow flowers that look like dandelions’ so I don’t feel too bad about not being certain.

As usual, it paid to give the flowers a close look. 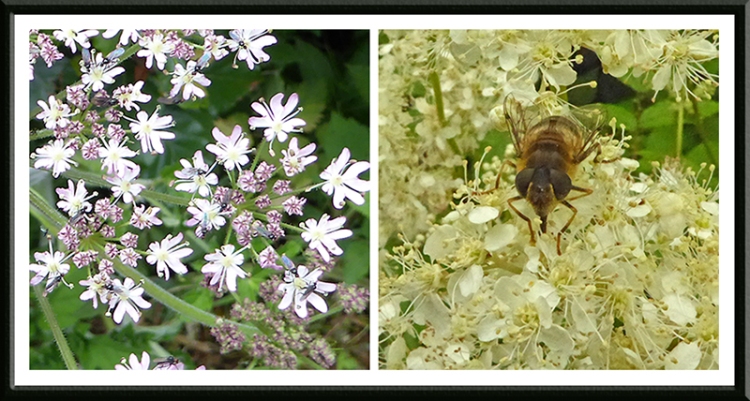 The Umbellifer on the left has a tiny insect on nearly every other flower when you look carefully.  The flower on the right is meadowsweet.

The umbellifer below had more than tiny insects on it.

Some things were easier to spot. 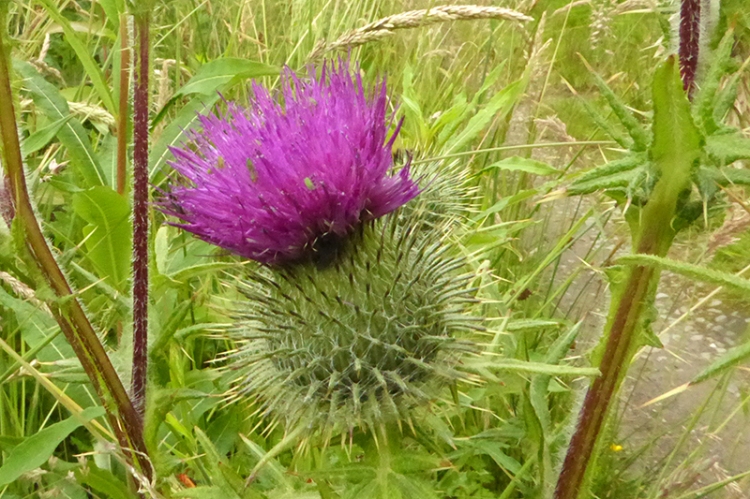 And I could even see the Monument today as the clouds lifted.

…until I got back down to the Esk at the park.

I disturbed a family of ducks who paddled off rather crossly… 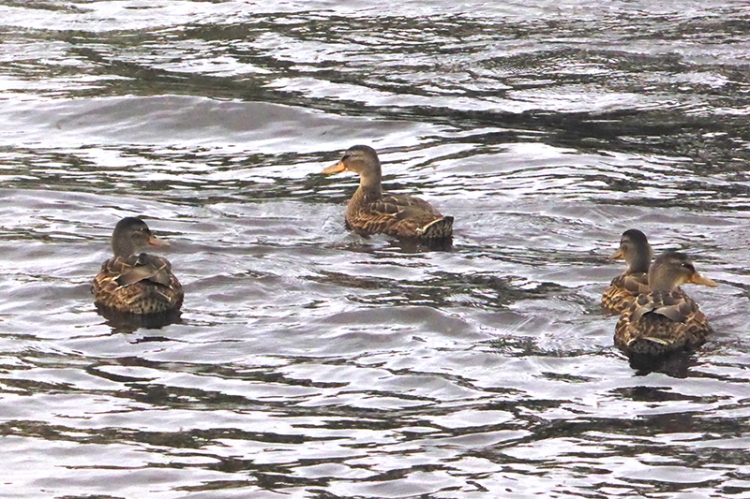 …before getting home just in time to take a picture of Mrs Tootlepedal’s latest poppy….

…before dashing indoors as another heavy shower of rain arrived.

The weather is set to look up in the week ahead so a couple of quiet days won’t do me any harm as long as I can get out on my bike again soon.

The (wild) flower of the day is a ragwort which I met on my walk.

And the flying bird is one of the seed demolishing siskins in the light drizzle.

26 thoughts on “A ray of metaphorical sunshine”