The guest pictures for this coming  week are not from guest contributors but from me in my role as guest during the past week.  I only had my phone with me and took few pictures but here is Mauri, Mrs Tootlepedal’s mother, tucking in at her 100th birthday party.

We had a splendid week’s holiday and I stuck to my plan to leave my cameras at home, avoid cycling and keep away from computers with the result that my hand was much rested by the time that we got back.

As well as the centenary birthday party we had a meal with two of my sisters and my stepmother, visited our daughter’s allotment, had brunch at Brixton market and then took the train to the south west where we were royally entertained by Mrs Tootlepedal’s cousin Sally and her husband Richard.  They took us walking on the downs, picnicking in a stately garden and attending worship in Salisbury cathedral so we had some very full days made better by good weather on our trip.

In fact we had so much fun that we may need another holiday to recover.

When we got home yesterday evening, the wind was fairly whistling through the garden so it was with some trepidation that we went out this morning.  The sun was out and there were still some flowers left.

I went up to the High Street to help Sandy take down our camera club exhibition which he had looked after last week.  There had been quite a few visitors and a couple of pictures had been sold and it had gone well enough to repeat the experience again next year.

Sandy came back for coffee and then I set about reducing the grass  on the middle lawn, around the greenhouse and on the drying green.

There were quite a lot of white butterflies about and Mrs Tootlepedal spotted a lone Red Admiral among them.  It was a bit battered.

The butterflies were busy sipping nectar. 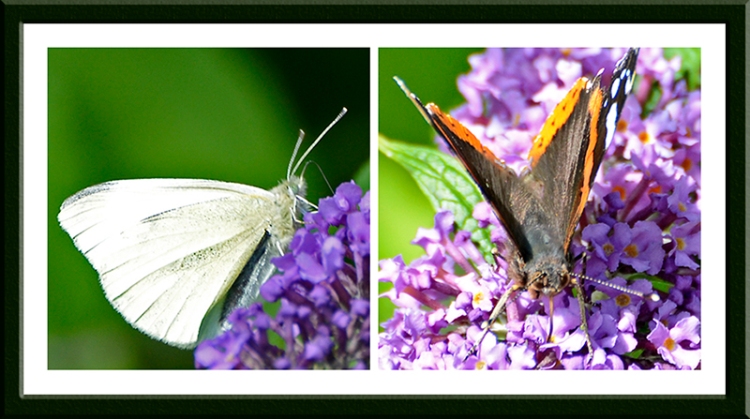 To celebrate my safe return, Sandy had suggested a walk after lunch so when he appeared,  we drove down to the border and walked along Scots’ Dike.

In theory this should be a raised mound about three and a half miles in length bordered by two ditches.  It marks the border between Scotland and England where it leaves the river Esk and heads for the River Sark.

In practice it is a narrow stretch of woodland and the ditches and mound are hard to find.  The path from the road to the wood was round a field and full of nettles but we battled through…

…until we came to a platform… 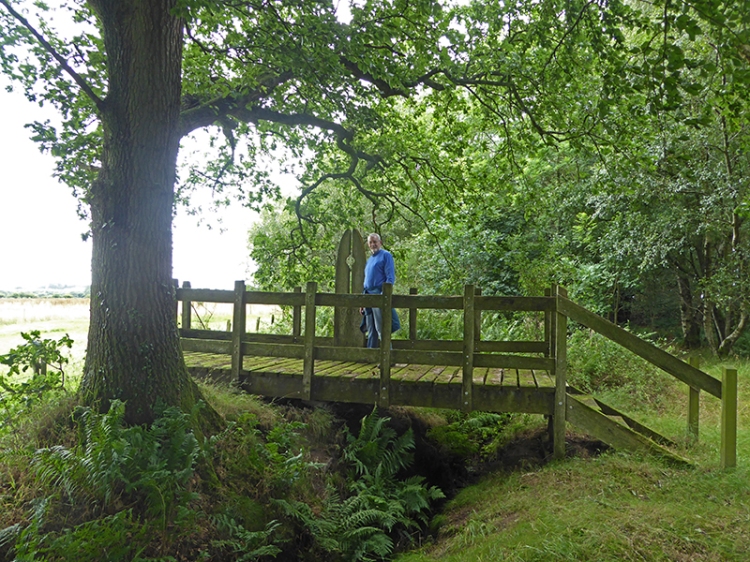 …with a carved piece of wood…. 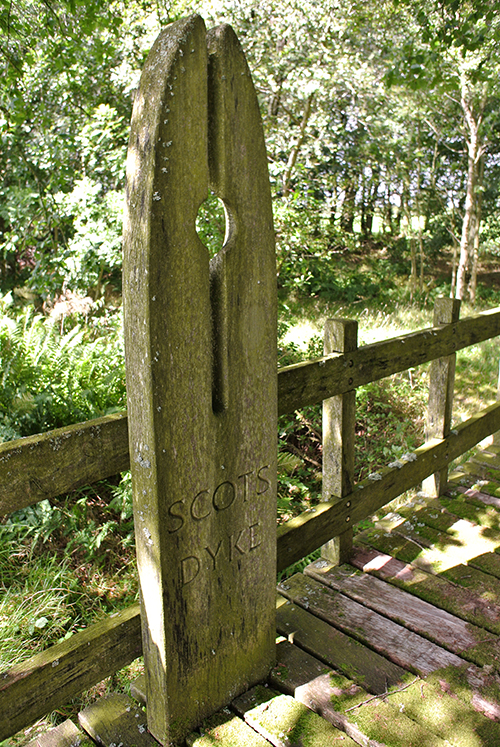 …which might show where the ditch and mounds were.

There was a well trodden path through the woods….

…so we followed it up one side of the plantation for a bit and then  back down the other side, looking for things to see as we went.

Other things looked at us from the fields beside the woods. 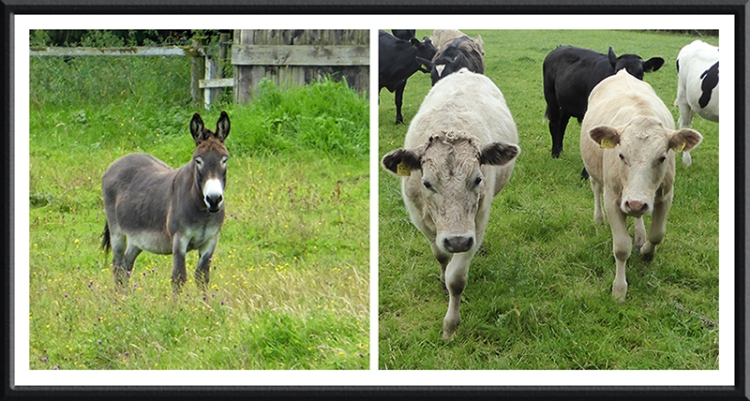 …battled back along the rough path, checking out the wild life as we went… 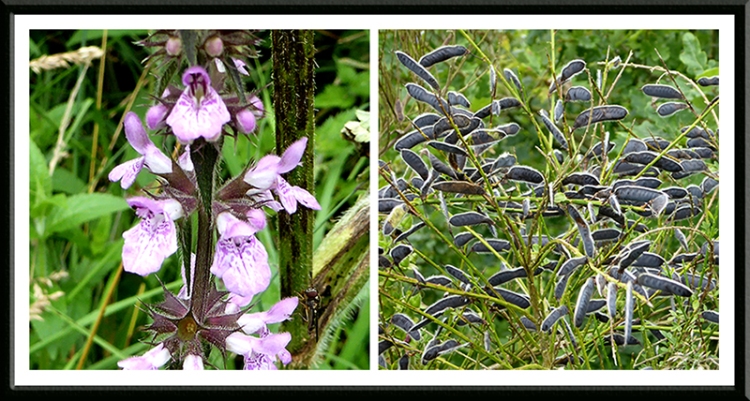 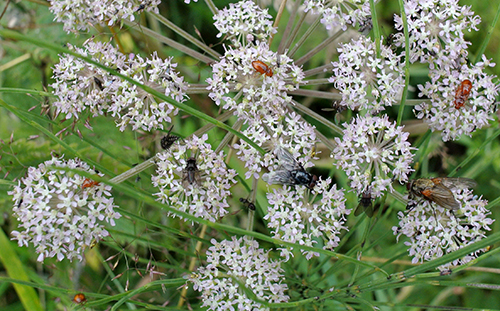 …and reached the car again.

Since we were pointing south, we continued for about half a mile over the border and visited Kirkandrews Church. 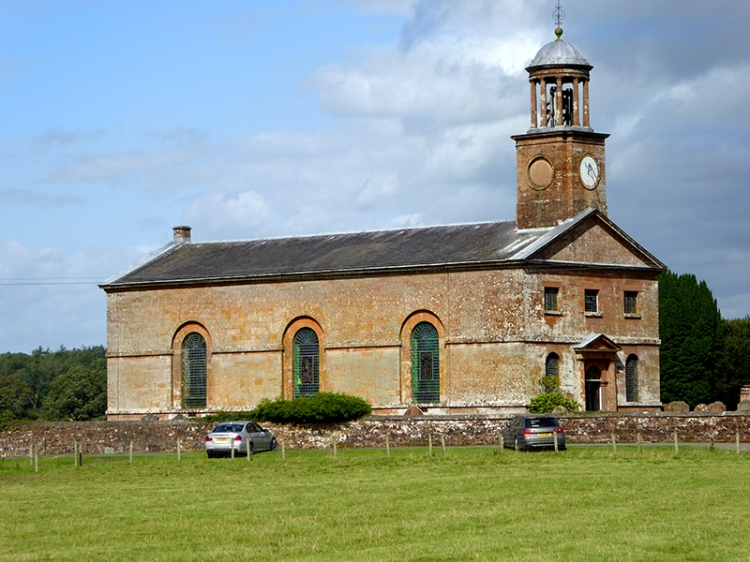 We didn’t go into the church although the door was open but walked along the river bank until we came to the suspension bridge, built to allow the people from Netherby Hall to cross the river to go to church. 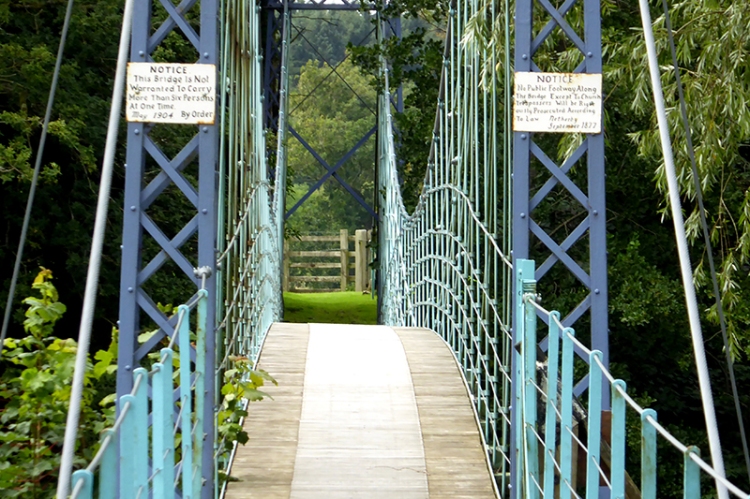 There were cows on the far side so we didn’t venture any further.

The bridge is a delicate structure. 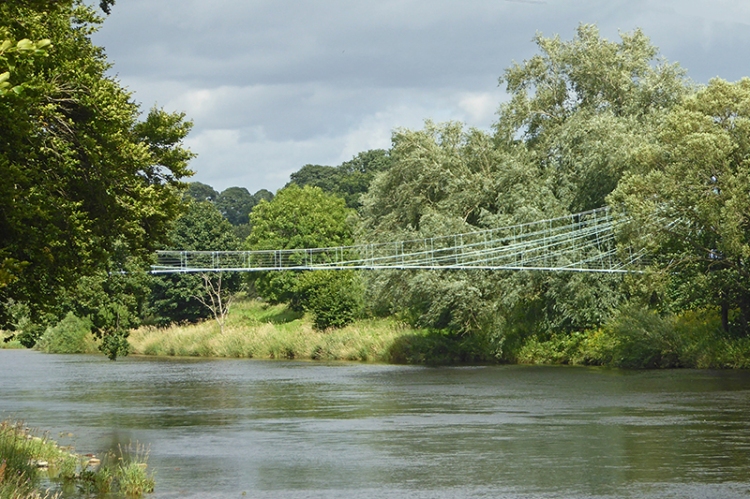 The Esk was full of water and looking lovely.

As was the park on the Netherby side of the river.

Some readers may realise that Young Lochinvar could have galloped over these fields.

We glanced at the fine tower overlooking the church…

…and headed for home.

In the evening my flute pupil Luke came and we enjoyed a good work out. After tea, I went off to play trios with Mike and Isabel so it hadn’t taken long for a familiar routine of mowing, snapping and tootling to be re-established after our visit to the alluring fleshpots and countryside of the deep south.

The flower of the day might have been a Himalayan basalm beside the river at Kirkandrews….

…but it is an invasive species and frowned upon these days so one of Mrs Tootlepedal’s dahlias takes pride of place instead. 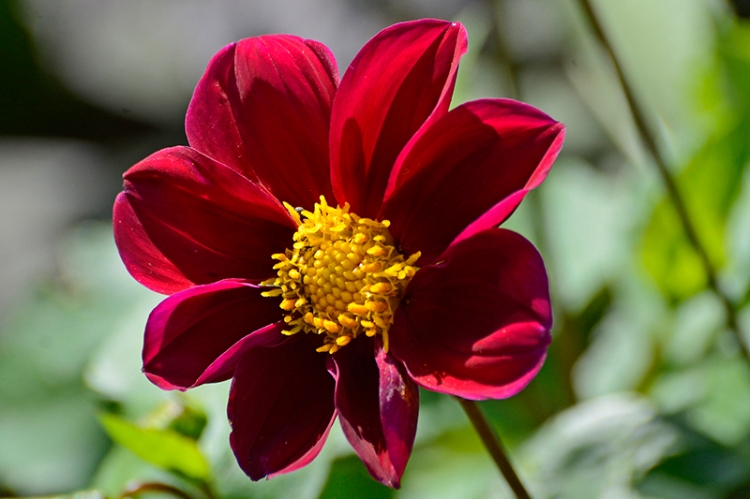