Today’s guest picture comes from my sister Mary who was visiting the Botanical Gardens in Oxford.  She could see Magdalen College in the distance.

We had the third day in a row of welcome sunshine today and flowers and insects greeted it with the same enthusiasm that we did. 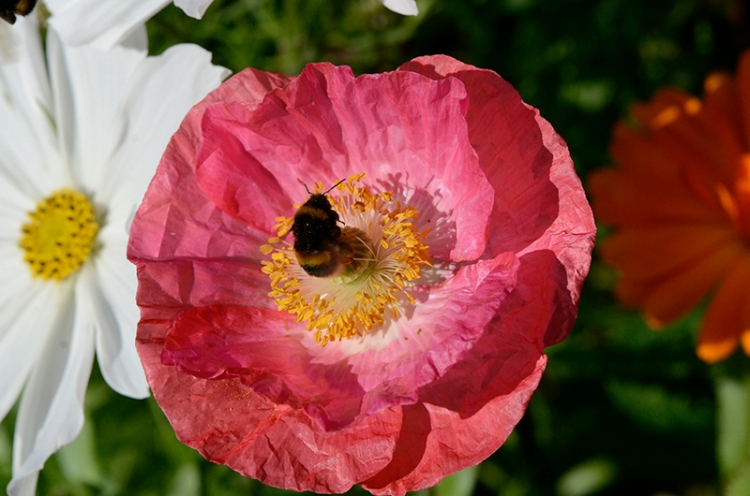 I am suffering from a little saddle soreness at the moment so I was quite happy that Mrs Tootlepedal had a joint task for us to do in the garden and I gave the bicycle and my posterior a rest.

Before we started on the task, I had a walk round the garden to do some dead heading and have a look at what was going on.

The first Michaelmas daisy and a pair of ripening plums made sure we remembered that in spite of the sunny day, autumn is creeping ever closer. 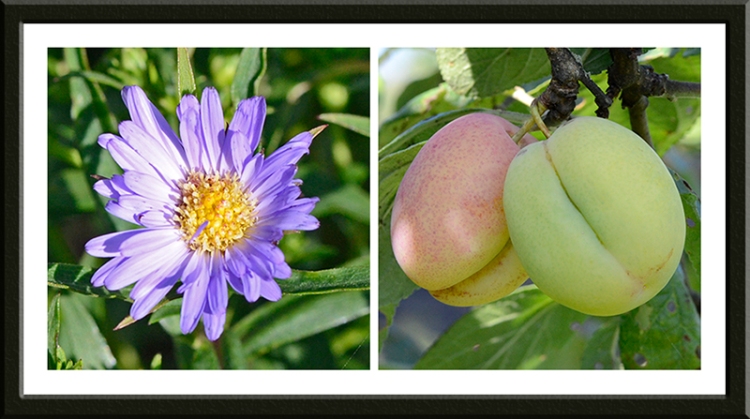 The garden was full of buzzing noises and I enjoyed watching insects approach a poppy in their own way.  The hoverfly dances in daintily while the bee hurls itself in sideways and squirms round in circles battering the middle of the flower to bits. 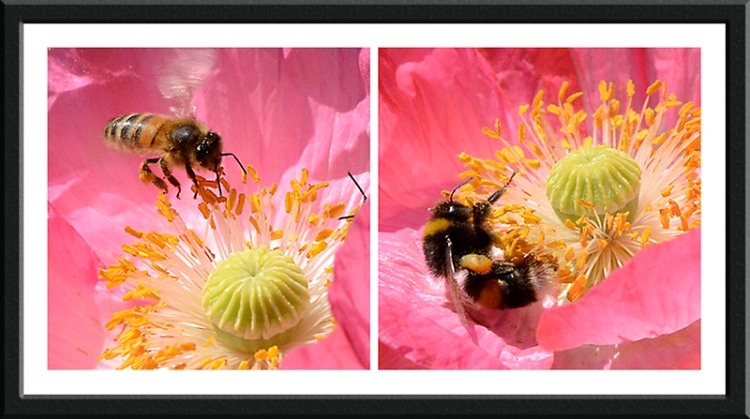 Then it was time for the task.

A  prunus tree on the hedge with our neighbour was in poor condition and needed to be cut down before it fell over.  This involved stepladders, long loppers, a stout rope and a bow saw but with the assistance of our other neighbour Liz and her grandson, who fortunately dropped in to see what all the fun was about, we got the tree cut down in quick time and with no injuries to the participants.

Shortly afterwards, the branches had been trimmed for sawing up, the twigs stacked for disposal and it was time for coffee.  All this might have been the subject of a photo story if I had remembered to photograph any of it but I didn’t so it isn’t.

After coffee, I took some Archive Group postcards up to the new base of the tourist information volunteers.  It is bang in the middle of the Market Place and as a result, there have been more visitors and more sales of cards.  While I was on the High Street, I ordered some more supplies of coffee.

When I got home, I had another look round.

The buddleia is still drawing butterflies… 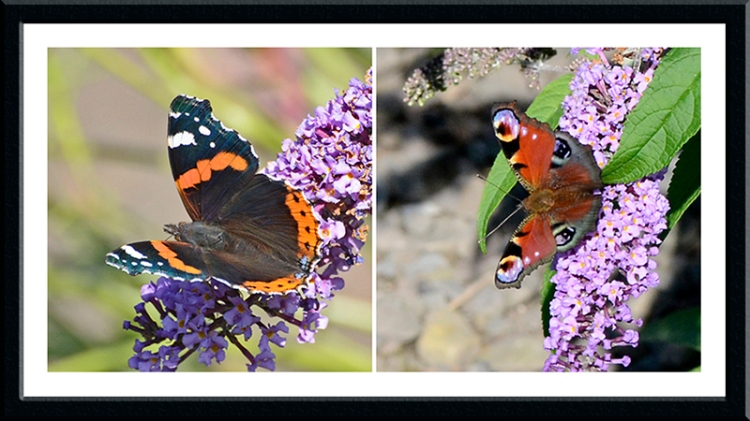 …though they didn’t always pose prettily for me. 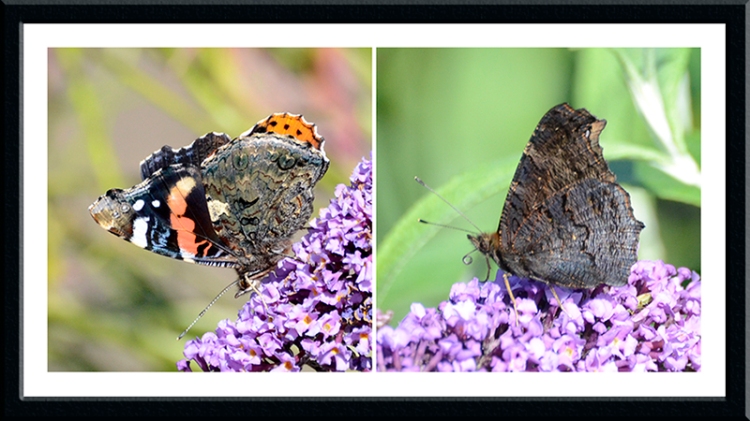 I never thought of butterflies as being whiskery until I got a camera. 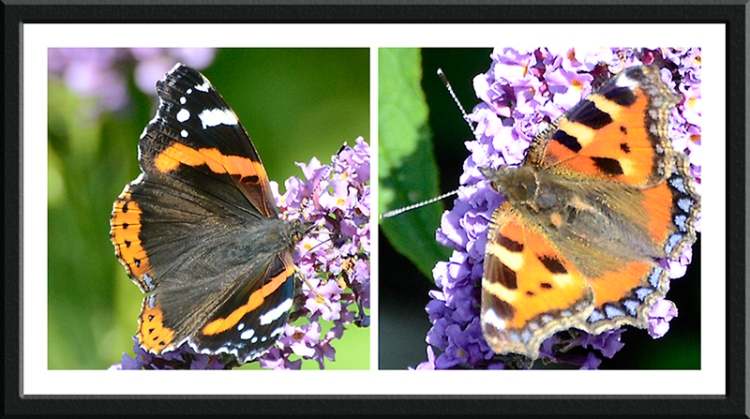 Then I mowed the middle lawn before it got too warm to work.

I was quite happy to have a reason to go into the cool house after that.  It is the Canonbie Flower Show on Saturday and it has a well supported photography section so I sat down to pick out and print thirteen pictures to enter in some of the many classes it offers.

This simple sounding process literally takes hours.  I have far too many pictures in my files to sift through quickly and my printer, like the wheels of justice, grinds extremely slowly.  Still, I got it done in the end and, for once, I am pretty pleased with my choices.  This probably means that I won’t catch the eye of the judge at all this year but it is taking part and not winning that is the important thing….so they tell me.

I went out into the garden and saw the young robin again so I popped back inside and took my first ‘through the kitchen window’ shot for some time. 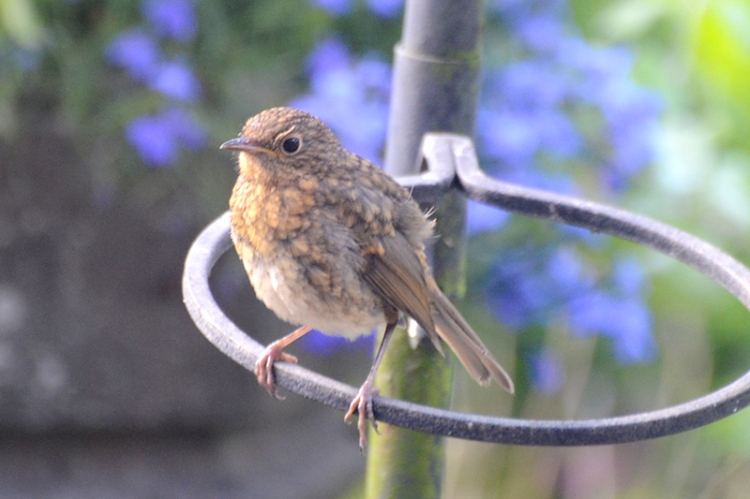 It was such a lovely evening that when we had had a cup of tea, Mrs Tootlepedal joined me on a walk.

We are not the only ones having trouble with sick trees.  We saw this one beside the river with  no leaves left on it…. 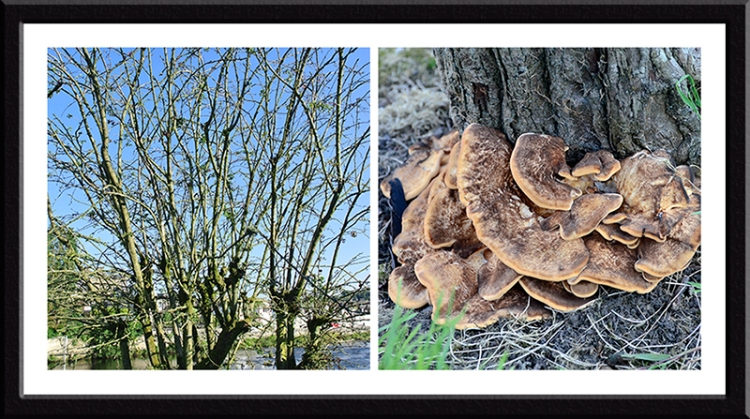 …and with the tell tale fungus at its roots.  Not long for this world.

We crossed the Kilngreen where the gulls resolutely refused to take wing and walked ver the Sawmill Bridge and onto the Lodge walks.  More poorly trees were to be seen there.  Two of the signature beech trees which line the walks have been condemned to be felled and have been trimmed off in preparation and several conifers in the woods beside the road are for the chop as well.  They are all big trees…

…and the beeches in particular will be sadly missed.

Several trees blew down in the winter gales this year and the estate must have been rightly worried about the chances of more sick trees falling on passers by if the gales return this winter.

We walked across the Castleholm and kept an eye out for signs of the season.  They were to be seen both on a large scale…

…and in smaller things.

I was intrigued by what seemed to me to be an unusual spider’s web on the Jubilee Bridge. 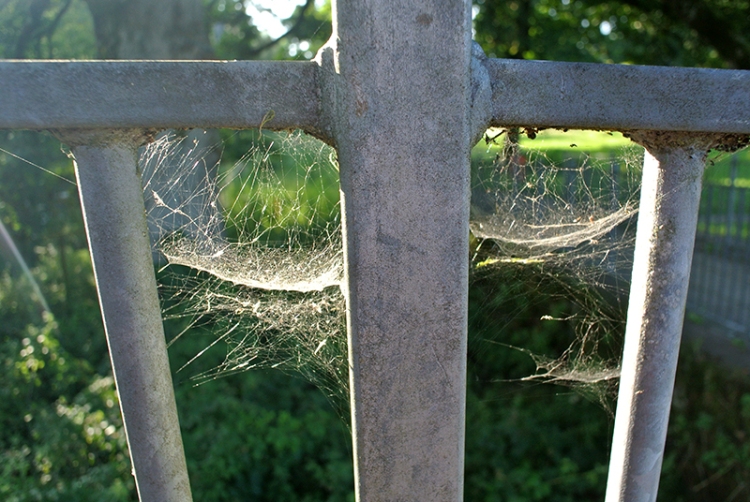 They looked liked two little baskets prepared to catch things rather than the standard network.  Perhaps they were not made by a spider.  A knowledgeable reader may be able to help me out here.

We saw what we took for crab apples in the Clinthead Garden on our way out and some snow berries beside the Esk as we passed the school on our way home. 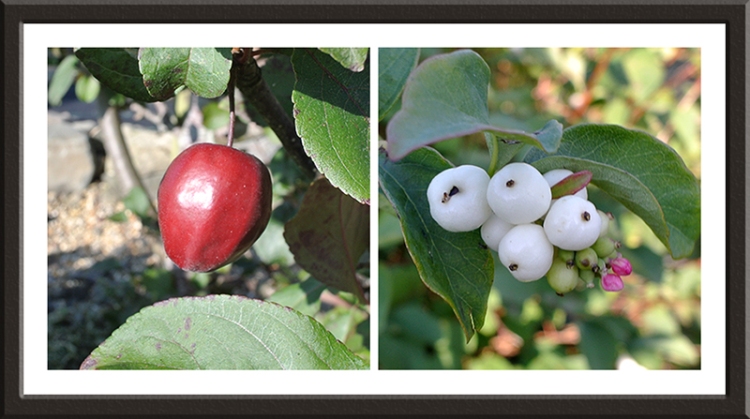 When we got home, in another sign of the times, the starlings were back on our electricity wires. 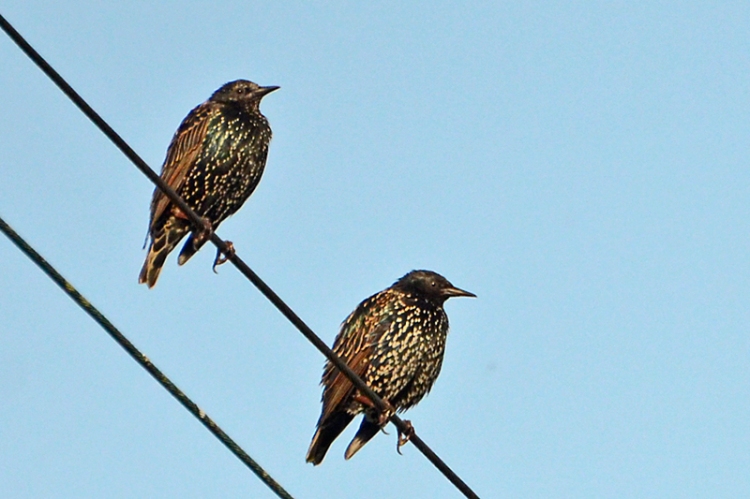 There was no flying bird on our walk so a stationary butterfly will have to do instead. 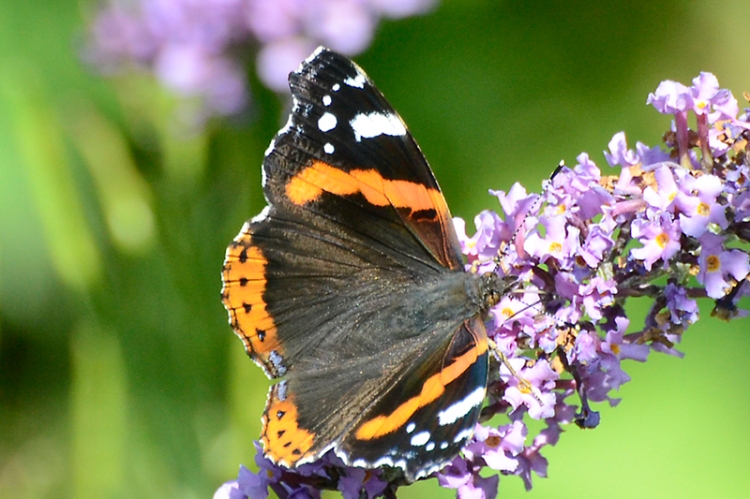 They say that we have one more day of good weather to go before the rain returns and the temperature drops.  It was good while it lasted.  I hope the butterflies survive.