Today’s guest picture comes from my friend Bruce who, while on a motorised meander round the borders, came upon an unusual road sign near Hobkirk.

The day started off rather gloomily as far as the weather went but improved hour by hour as it went on. I should have made better use of it than I did but yesterday’s cycling efforts had taken their toll and I couldn’t get myself enthused enough to get up and go.

Luckily there were several diversions to help me pass the time.  The garden was full of butterflies, bees and insects of all shapes and sizes and I spent quite a lot of time chasing round after them.

Sandy came round for coffee and then, just as he was leaving, a couple of visitors called in…..

…bringing with them a group of cheerful walkers to have a look round the garden.

They thoroughly enjoyed looking at Mrs Tootlepedal’s work and were struck by how much colour there still is in the garden.

The butterflies agreed with them that the garden was worth a visit.

After they had gone, Mrs Tootlepedal and I walked round for a bit and then Mrs Tootlepedal, in her role as Attila the gardener uprooted several of the white cosmos in the front beds that had gone past their sell-by date and I put them through the shredder.

I had noticed so many insects about that I went and got my macro lens and tried to record the invasion.

Other flies were available. 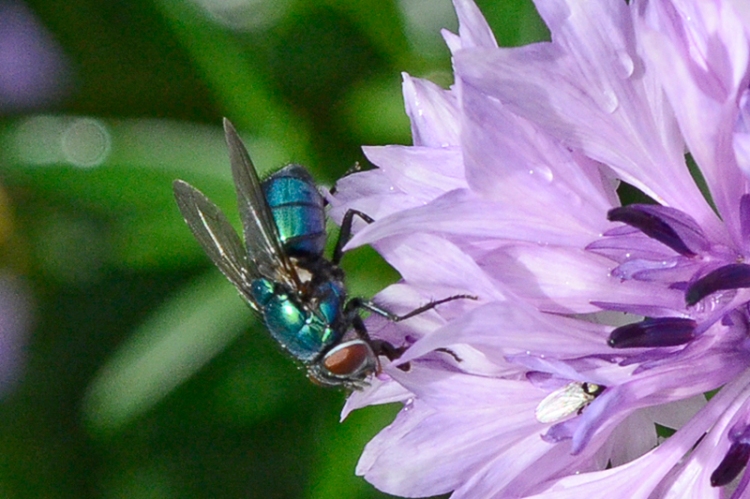 There were so many to chose from that I could have spent all day clicking away….

…but I had to go in and fill up and send off my annual  return for the Langholm Archive Group to the charity regulator.  I am only three months late in submitting it so that is quite early for me.  They have made the form much simpler of late and it didn’t take as much time or effort as I had feared.

After lunch, I politely (but foolishly) turned on the telly so that Mrs Tootlepedal could relax with some knitting and watch the Tour of Britain while I went for a walk and two hours later, we both got up and went out into the garden.   Mrs Tootlepedal did some more work preparing a flower bed for new planting for next year while I took advantage of the dry weather to mow the drying green, the greenhouse grass and both lawns.  I have slowed down a bit over the years and with lots of grass on the lawn, I had to use the grass box on the mower so these tasks took me exactly and hour.

The warm and wet weather has caused a serious outbreak of tiny weeds on the middle lawn, probably as a result of birds in the plum tree so that I had to do a bit of spot weed killing.  I didn’t want to do it as it means that the grass cuttings have to be treated with great care for weeks and weeks but so bad was the weed infestation that there was a danger of the grass being overcome altogether in places.

I did spot a few more butterflies about.

The purple buddleia is going over but has a flower or two left to attract bees.

I left Mrs Tootlepedal to her gardening and went out on the slow bike down to the river to see what was going on there.

There were ducks zooming about at great speed….

….but the wagtails were shy today and wouldn’t come within range of my lens.

It was very warm and as I was going out in the evening, I thought that I had better have a shower after my mowing exertions and duck spotting and this gave me a chance to look at some of the flowers in the garden from an upstairs window.

After tea, we went out for the first meeting of the autumn season for  Langholm Sings, our local choir.  It was a bit of a shock to the system to have to get my voice back in action and I will need to get a bit of practice in before next week as it was very creaky.

I shall regret not pedalling today as the forecast is for brisk winds and showers again from tomorrow.  However, yesterday’s ride took me over 3000 miles for the year so I am ahead of schedule in the pursuit of 4000 miles for the whole year and a day or two missed shouldn’t be fatal.

No flower of the day today as I was too busy looking at insects but a duck is the flying bird of the day. 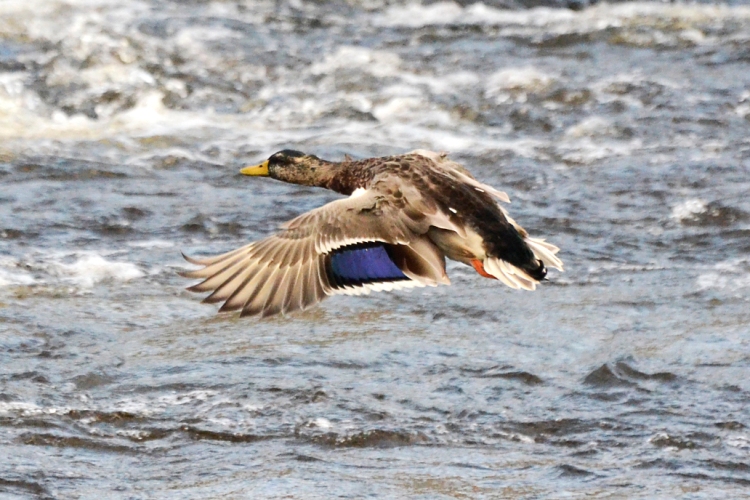 29 thoughts on “The song starts again”