Today’s guest picture shows a smart locomotive seen by Dropscone, who is visiting friends on the continent. 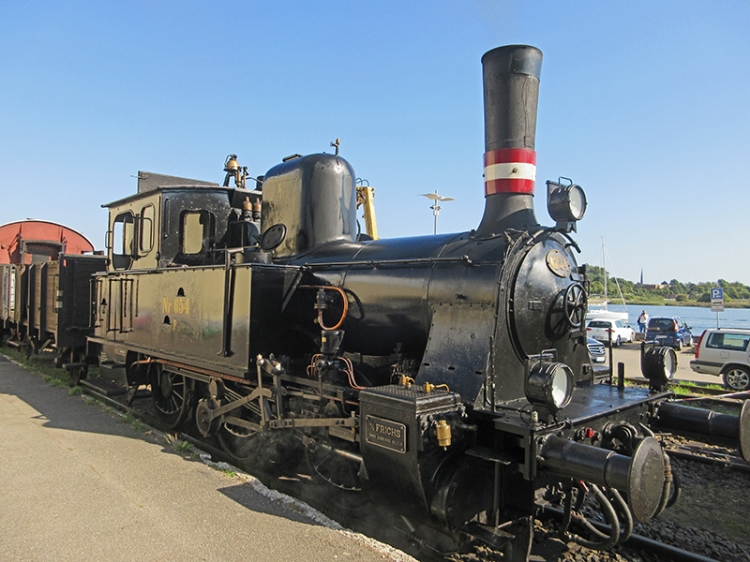 After two sunny days, it was too much to hope for another one and we duly got a dull, occasionally drizzly but still very warm day for the time of year.

After wasting two good mowing days by cycling and sight seeing, I had hoped to get some serious grass cutting done today but things were so soggy that I only managed the drying green.

I was cheered up by the robin…. 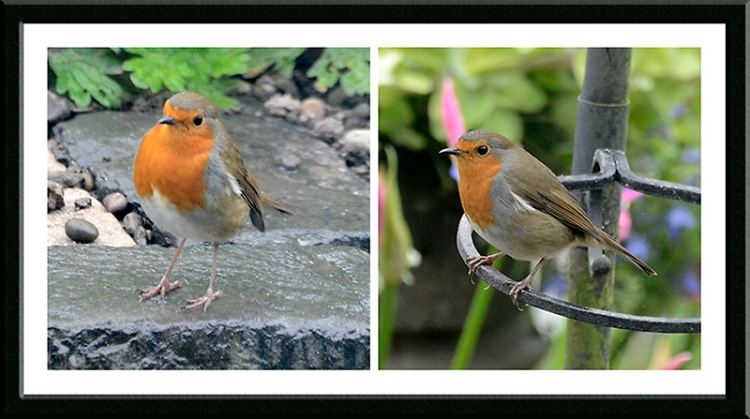 … and the number of flowers that had a friend. 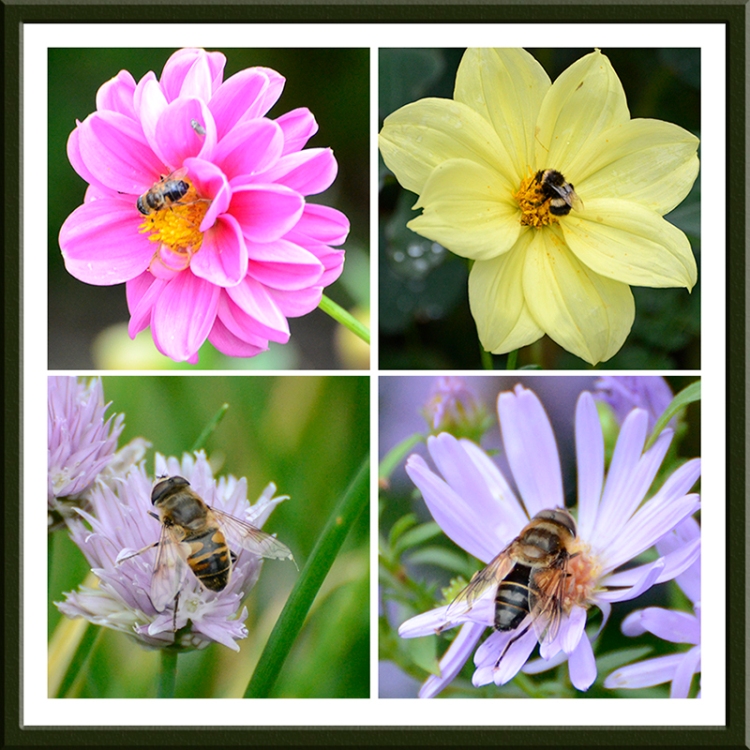 The fat balls continue to attract small birds and I even saw a young dunnock have a go at clinging onto the feeder but it was not a skill it had mastered so it retreated to a nearby bench. 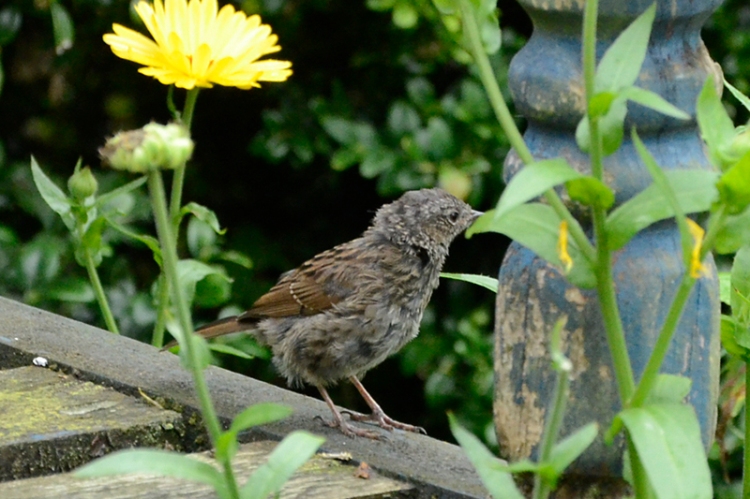 I went up to the Archive Centre and collected some weeks of the newspaper index which I will enter into the database.    There were two data miners hard at work at the microfiche readers producing more stuff so I will have to buckle down and help Sandy who has been doing most of the work recently.

Sandy came round for coffee  and we made arrangements for the  first camera club meeting of the season.  Sadly I will have to miss it as I will be on holiday.

I had one of those rare moments after coffee when I rang up a computer service provider, got connected after only a short delay and was provided with exactly the service that I needed promptly and courteously.    I had to have a little sit down to recover.

I had arranged with Sandy to do some bird food shopping after lunch and to combine this with a walk along the river at Longtown if the weather permitted.  The weather did permit so we bought some bird food and we went for our walk.

We weren’t short of things to eat oursleves on the way. 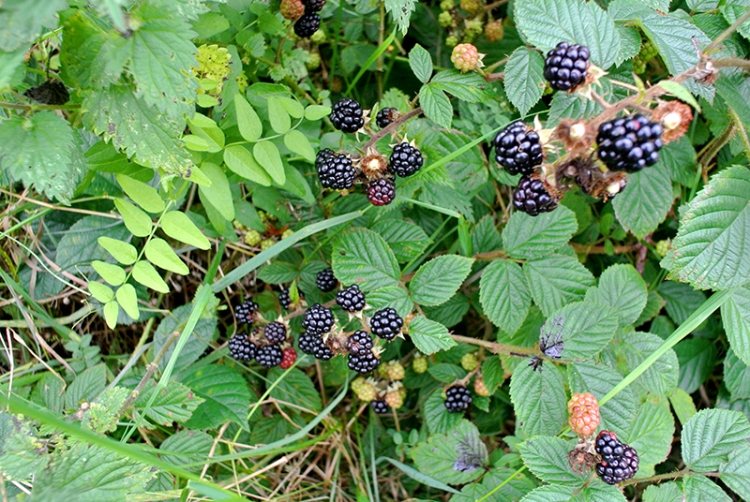 We saw some late summer colour….

….but the path we walked along was mostly lined with Himalayan Balsam, which is very pretty but a great pest.  It was attracting a good deal of insect interest and whatever the insects were, they seemed unusually white. 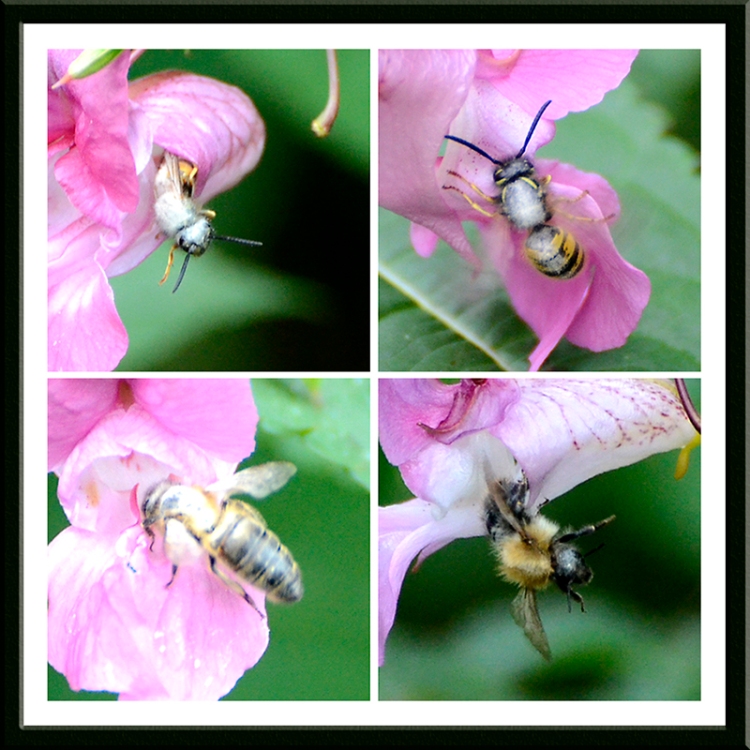 We got to the open ground round the ponds and looked around hopefully. 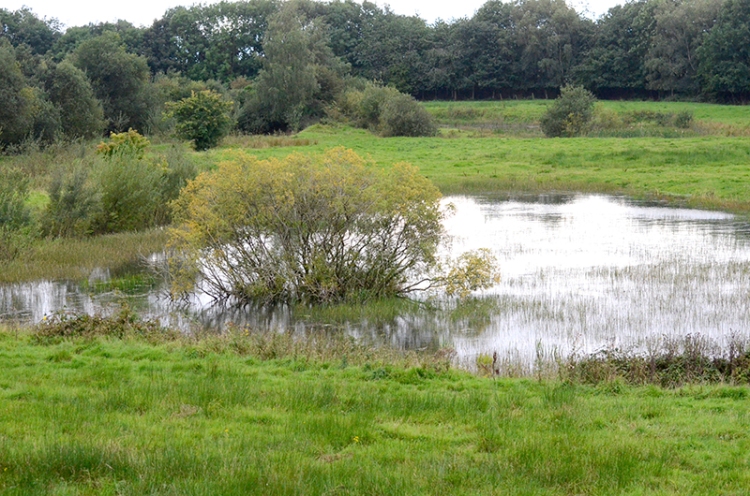 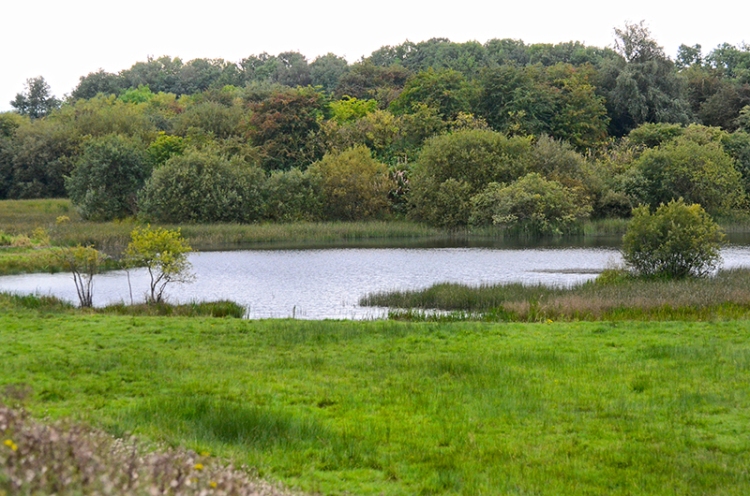 There are ponds the other side of the river which are covered in swans and geese and ducks but for some reason these ponds are always very quiet.  They are very peaceful and charming to look at at so the circular walk round them was a pleasure even if it didn’t provide much photo fodder.

Though I did like this colour combination beside one of the ponds. 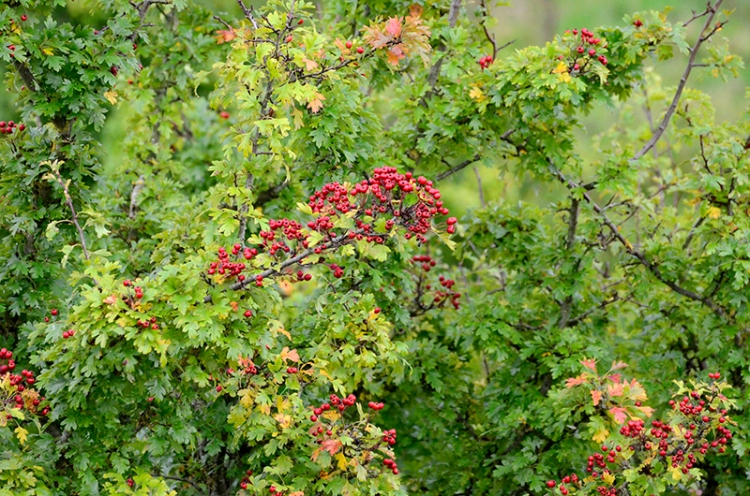 When we got back to the river, I was hoping to be able to spot some wagtails but a party of very noisy fisherman put paid to that and we had a last look back at one of the ponds instead.  There was some life there.

When we got to the balsam lined path, we had a closer look at the flowers….

Looking at the right hand picture, we thought that perhaps the white insects were just ordinary bees or wasps covered with white pollen from the balsam flowers.  The insects certainly dived right into the hollow in the centre of the petals and there seems to be a bit pointing down which might deposit white powder on the backs of the insects.  I have never seen this before so I don’t know if I am right.

The balsam has exploding seed pods and Sandy and I amused ourselves by touching them very gently and watching them shoot out seeds in all directions.  It is no wonder that the plants are such a pest.  Sandy gave me a hand in trying to catch a seed explosion. 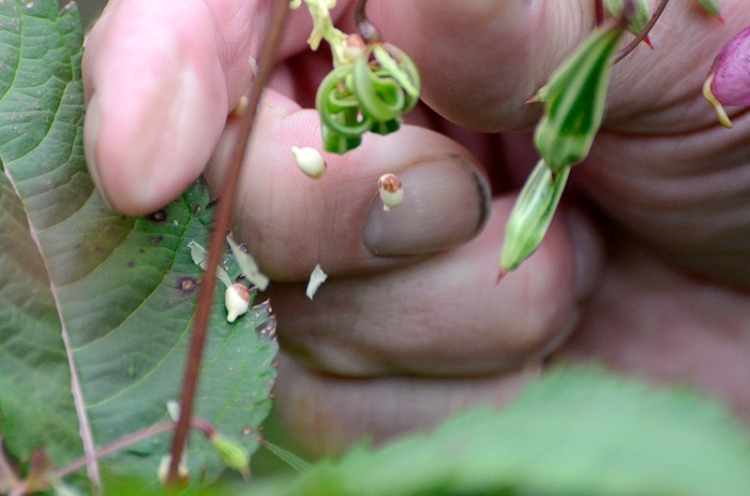 When we got back to the town, we spent a little time on the banks of the Esk near the fine bridge which carries the main road across it. 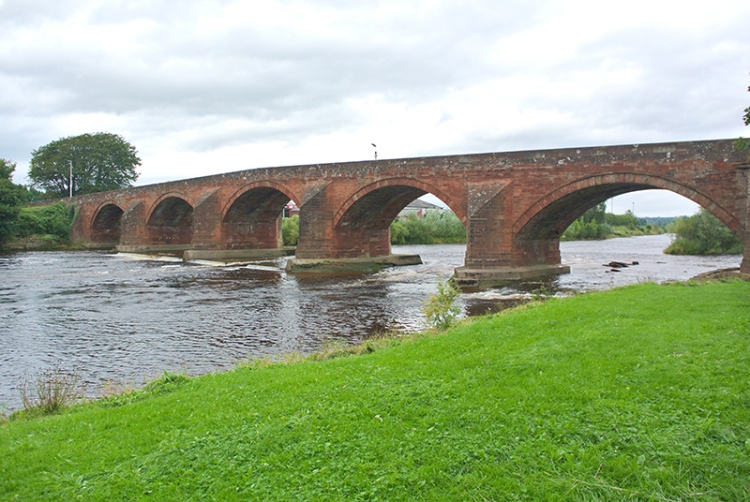 The bridge, like our own bridge at Skippers, has been widened to allow two way traffic. 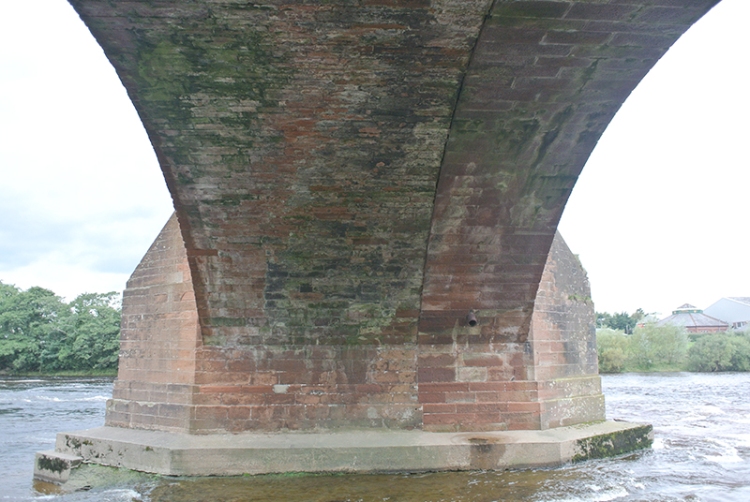 We walked under it on a handy path and came up to the main road on the other side. 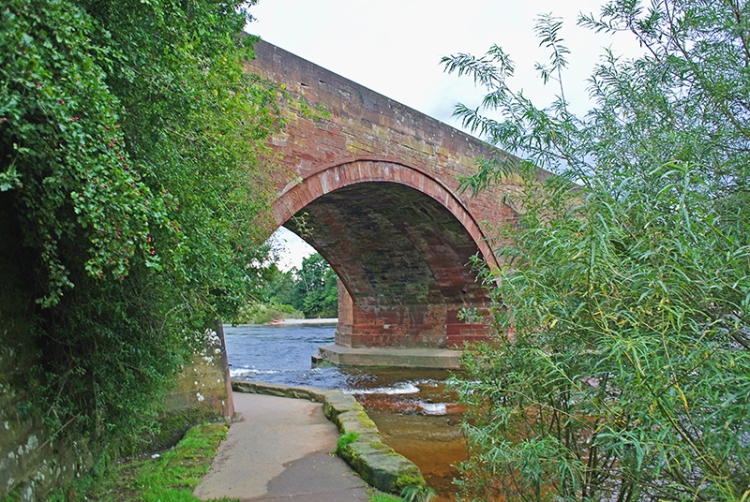 Although it was overcast, it was a very warm and muggy day so I was pleased to get a blast of cool air from the car’s air conditioning as we drove home.  They say that it will be even warmer tomorrow but I hope that it will be a little less humid.

In the evening, my flute pupil Luke came and showed the results of doing some practising. This was encouraging for both him and me.

After tea, I went off to play with Mike and Isabel and we had quite a struggle to get to grips with some new music which I had recently bought so it was a relief to finish the evening with a little tried and tested Mozart.

The flower of the day is one of the smallest of Mrs Tootlepedal’s dahlias…. 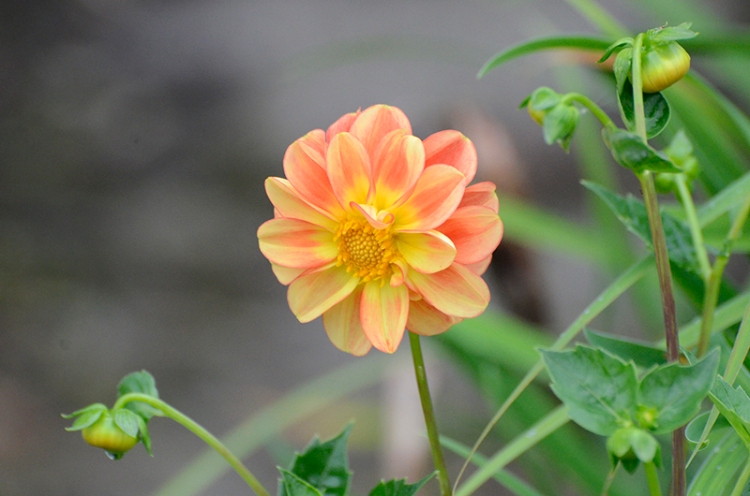 …and the flying bird of the day is an obliging cormorant which flew up and down the river in front of us at the Longtown bridge until it was certain that I had got a reasonable shot of it. 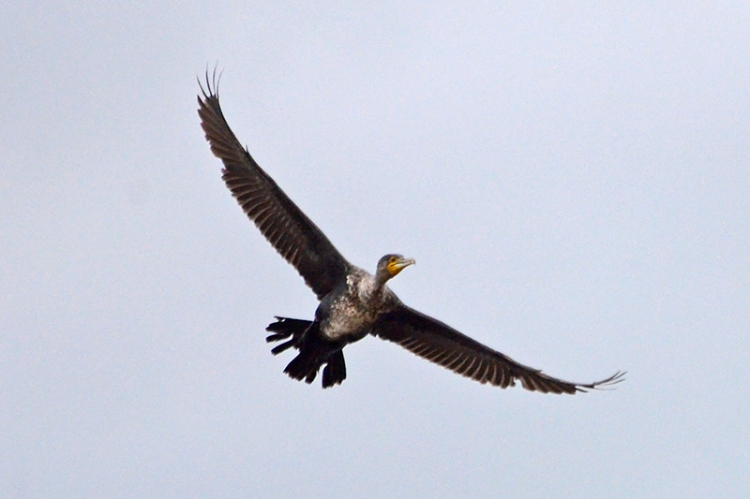