Today’s guest picture is the second of Susan’s  pictures from the Dunrobin falconry.

The day started quite promisingly with some pleasant sunshine so I popped out on the slow bike to see if there were any pictures to be had. 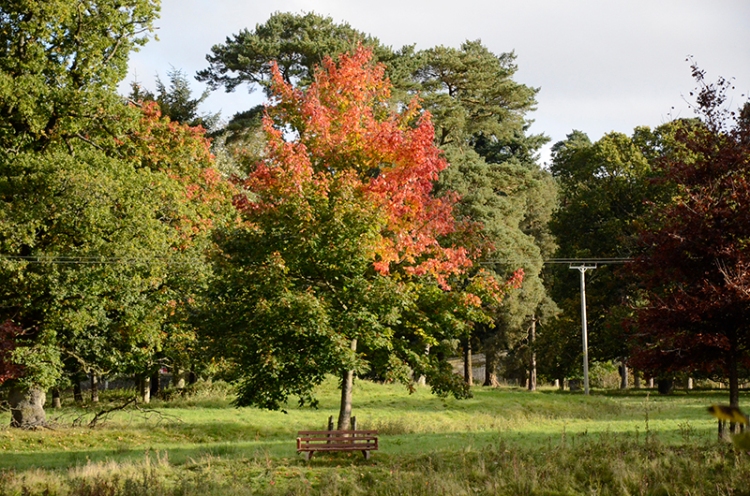 ..but even it is a bit half hearted about the whole thing.

I thought that it was worth the trip.

I scrambled back onto the road and pedalled on up the hill and took two views back across the valley.

Then, like the Grand old Duke of York, I pedalled back down again and went home, stopping on my way for a shot of the Esk in the middle of the town. 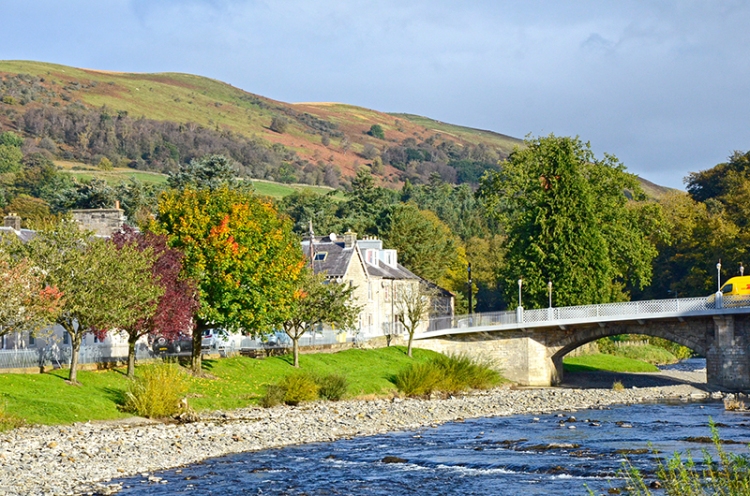 As you can see, it was a very lovely morning to be out and about.  Mrs Tootlepedal didn’t waste much time indoors and was soon hard at work in the garden.

I took advantage of the good conditions and joined her. I spiked and sanded just over a quarter of the front lawn.  It doesn’t sound much but that was as much as I could do in one go and after a little dead heading and some shredding (Attila the gardener produces a lot of debris), I went and fetched my camera and had a gentle walk round.

There was plenty of zing about.

This Fuchsia is going to be moved to join my new one at the end of the year.  I hope it survives the shift as it has been very productive this season.

The poppy and cornflower bed  in front of the pond is the gift that keeps on giving.

After this, it was time to go in and look out of the window.

It soon flew off though…

After lunch, Mrs Tootlepedal went off to catch the train from Lockerbie to visit Matilda in Edinburgh.  Just as she was leaving, it started to drizzle so I rushed out and got the washing in.

A very intractable crossword gave me lots of time to recover from  the lawn spiking and then, as the rain had stopped, I put the washing out again and mowed the greenhouse grass and the drying green.

I went in and looked out of the window again.

The bench was more popular with the sparrows and dunnocks than the hedge today.

Then I went to our  keyboard to go over some of the songs for our Carlisle choir as we have got a concert coming up but I was soon interrupted by the sound of heavy rain.  Once again, I dashed out and got the washing in.   I should have been paying more attention though, as most of it was almost as wet as when it was put out.

We have still got plenty of potatoes left in our potato store so I had a couple of baked potatoes for my tea and then Susan came and fetched me and we went off to Carlisle to play with our recorder group for the first time for several weeks.

Roy produced a good selection of music and we had an enjoyable evening.  It had rained while we were playing and our spell of dry weather looks as though it might have come to an end. Ah well.

The flower of the day is a cornflower triptych….

…and the flying bird of the day is a sparrow giving the fat balls the go by.

22 thoughts on “Putting the washing out….and in”