Today’s guest picture was sent to me by my sister Mary.  She was visiting an old sewage pumping station (as one does) when she met this fine double rainbow. 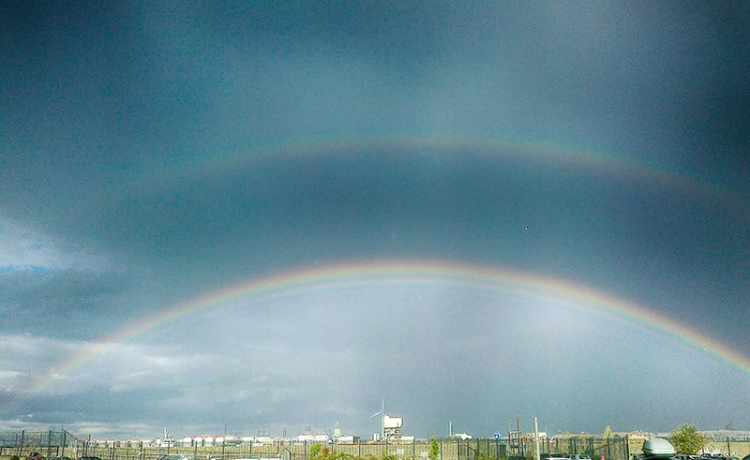 I was just getting dressed after a little post-breakfast rest with an agreeable crossword when the minister arrived bearing gifts of eggs.  He is a great poultry fancier and has some fine varieties of hens roaming his garden.

He was on his way to work but stopped for long enough to have a cup of coffee with us.  We were soon following him to church as it was the day of the funeral of one of our neighbours, Florrie Hotson.  She had died at the age of 93 in a home in Hawick where she had been staying recently after living for many years across our garden fence.

Our neighbour Liz came to the service with us and we all had a cup of tea in the kitchen when we got back and reflected on life and death.

A blue tit on the feeder outside may have wondered what we were talking about. 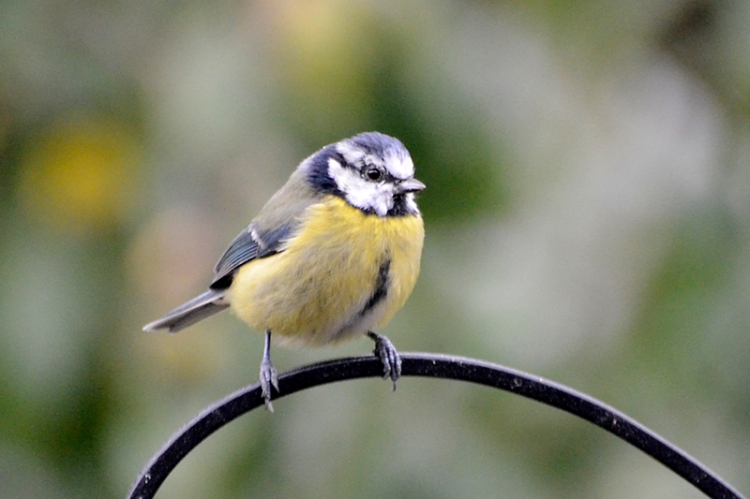 There is a dense holly tree in the garden of one of our other neighbours and it often resounds with the noise of chattering starlings.  One of them popped in to see us after lunch. 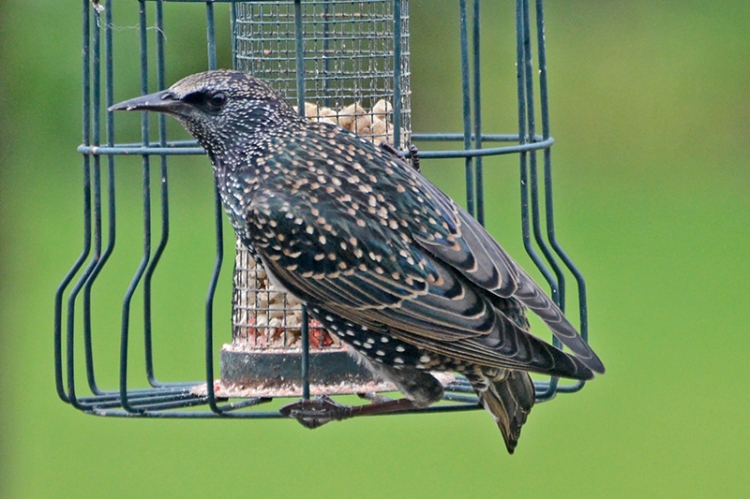 The sparrows were as lively as ever.

The weather was grey and a bit chilly but Mrs Tootlepedal got out into the garden after lunch and I had a walk round.  I am pleased to see the flowers lasting so well that I took yet more pictures of some familiar faces.

I had a careful look at the weather forecast because it looked as there might be a possibility of rain but when I was assured that it would stay dry, I set out on my current regular 20 mile cycle ride to Canonbie and back.

There was a noticeable breeze, still basically from the east, so I considered which way round to do the route and luckily settled for my normal direction.  I say luckily because the although the wind was across for a lot of the way down and back, it didn’t hold me up on the way down and on the way back, it helped me a lot.

As a result, I managed the way down and the way back up at exactly the same average speed and finished in a very satisfactory time.  On my way, I had passed my neighbour Ken going in the opposite direction. When he got back, he agreed that I was the one going the right way round!

As I was working hard at the pedals on the trip, I only stopped briefly for a touch of autumn colour near Canonbie.

Mrs Tootlepedal was just finishing off her work in the garden when I got back and I joined her for a cup of tea and a slice of fruity malt loaf, a product of our faithful bread machine.

Outside the window, sparrows were once again drawn to the back of the bench…

..although other birds preferred the arms. 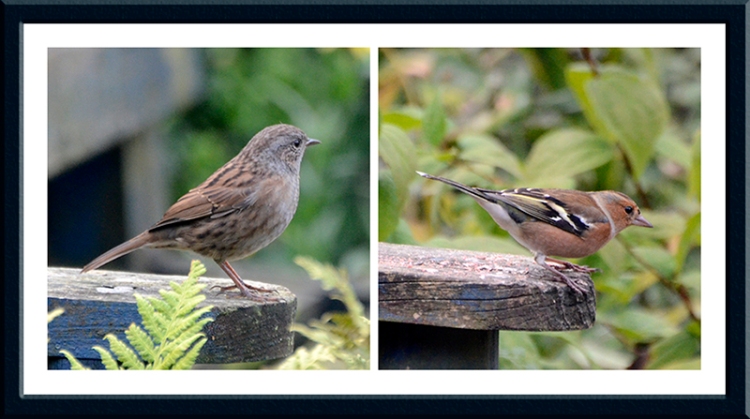 A less cuddly jackdaw turned up… 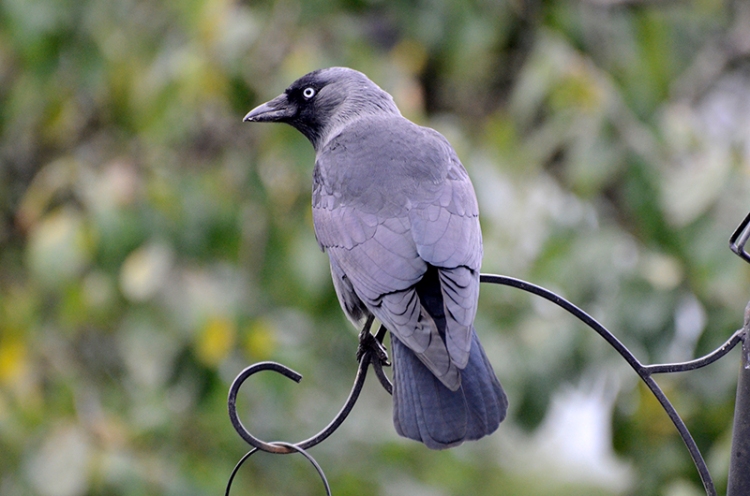 …and the robin was eager to get into the picture.

I had a delicious meal of roasted vegetables for my tea, including a late turnip from the garden (which was surprisingly tender for the time of year) and that rounded off my day. 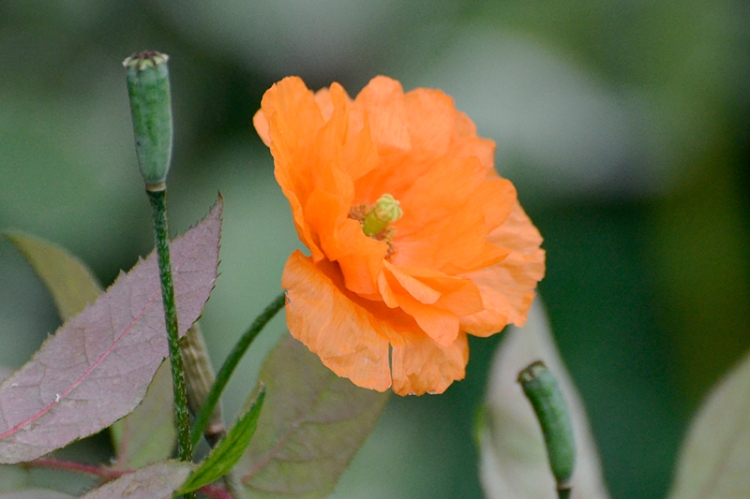 …and the flying bird of the day is one of the busy sparrows. 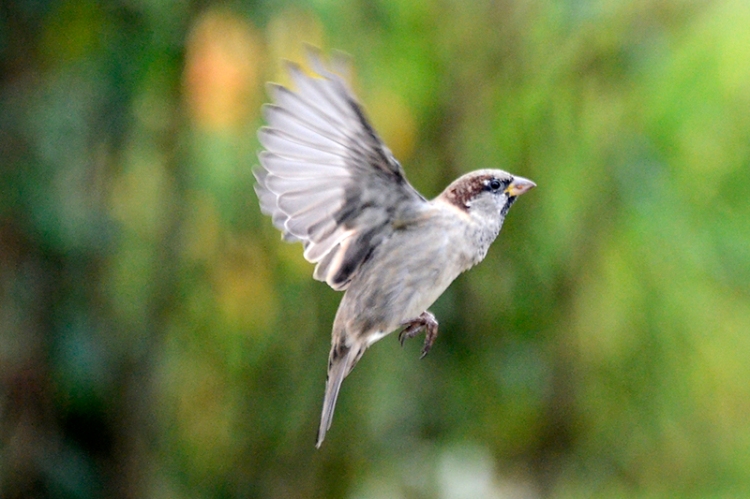 There must be plenty of food out in the countryside still as we are not seeing many chaffinches or any goldfinches or greenfinches at present.  Our blackbirds have disappeared too so maybe they have migrated.