Today’s guest picture comes from a visit to the city of Chester which my brother Andrew made last month.  It shows the choir in Chester Cathedral where he enjoyed a sung evensong. 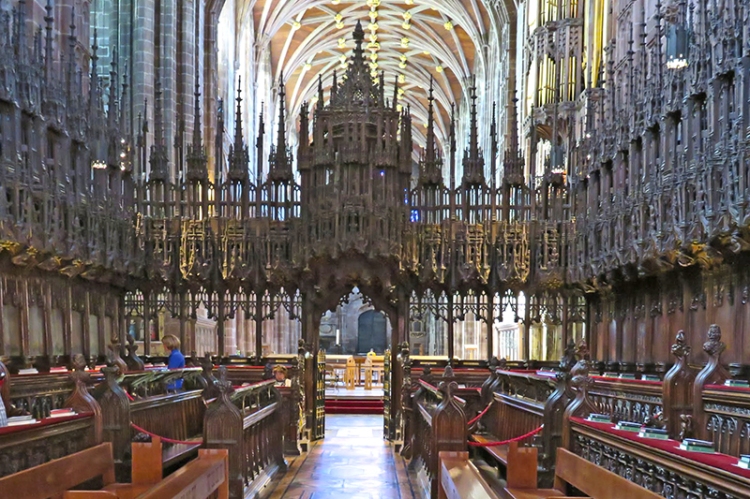 We had another up and down meteorological day here today.  It started very well with not only bright sunshine when I got up but also a bright moon on the other side of the sky.

I dithered about a bit, looking at a rather pessimistic weather forecast before deciding that it was so sunny that it couldn’t possibly be going to rain and getting my cycling gear on.  By the time that I had got downstairs, the sun had gone and grey and ominous clouds had drifted over the town.

I went upstairs and changed back out of my cycling gear.

This proved to be a sound move as it wasn’t long before the rain was tumbling down out of the sky.  The sparrows found it fun, though you may not think so from this picture…

Things brightened up though and soon sparrows had their eyes on higher matters.

It was generally too soggy to be splashing about in the garden so I made some bread and some very brown soup for lunch (brown lentils, the remains of some stew etc) and did the crossword.

The brighter weather brought some rare but welcome visitors to the garden.

And one unique visitor.

Unfortunately, the sparrows didn’t take to the wagtail at all and chased it unceremoniously out of the garden.  This was a pity as they are very attractive birds.

The sparrows seemed quite smug about it all. 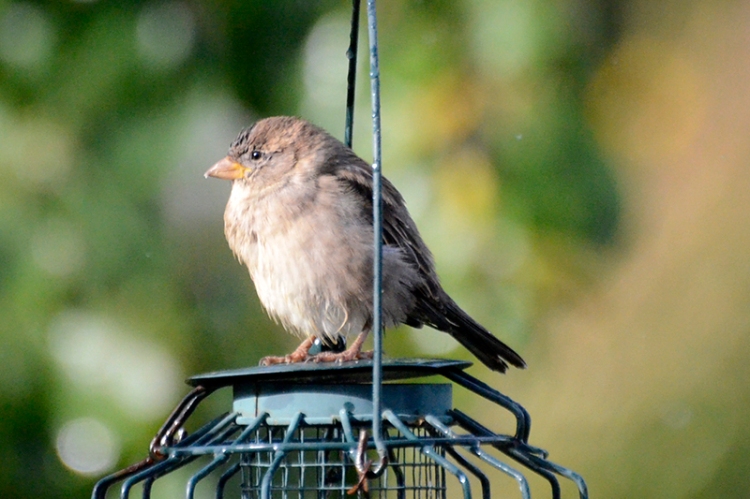 After lunch, the sun looked well settled in so once again I got into my cycling gear….

…and this time, I did get out on my bike.  The weather stayed good…

…the route was lined with various attractions… 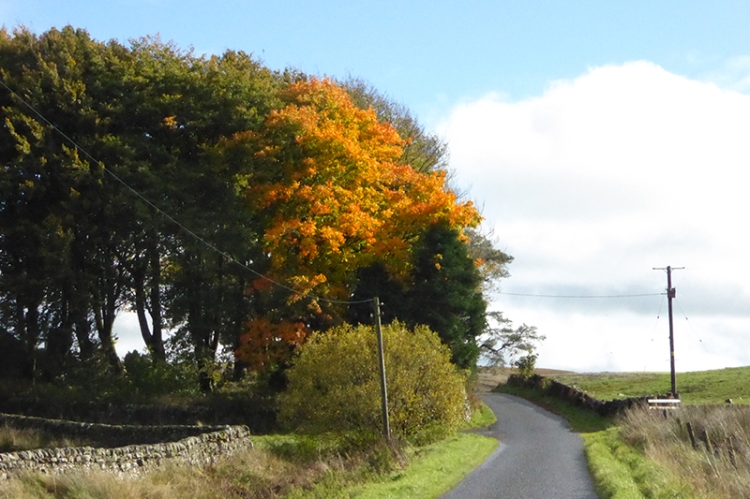 …the roads dried out as I went round and the wind stayed light so it was a treat to be pedalling along my usual 20 mile route.

The only downsides were the temperature, which remained in single figures so I had to be  well wrapped up, and the need for overshoes for the first time since last winter  because of the many puddles when I started off.

The sparrows had enjoyed the puddles though.

Mrs Tootlepedal was busy tidying up the greenhouse while I was out and it looked very neat when I got back. We took a stroll round the garden and enjoyed the colour.

It was such a nice day that I decided not to sit around after my pedal so I rang  up Sandy and suggested a short walk.  He agreed and we went off to follow up a tip from Dropscone.  He had said that if we went up to the golf course we might find a fungus or two.

He was not wrong.

Except that there were more than two.

They came in all shapes and colours. 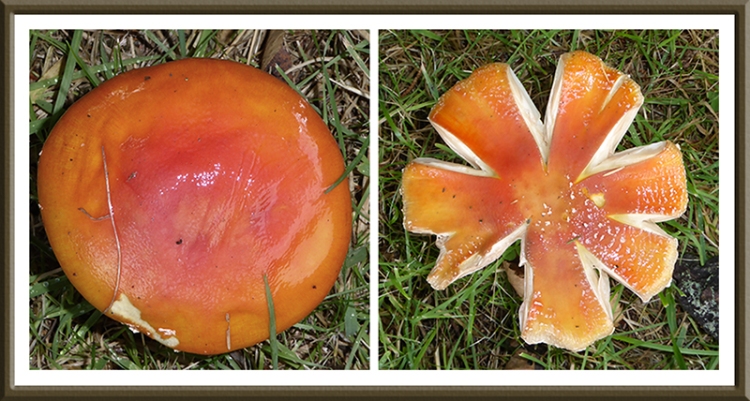 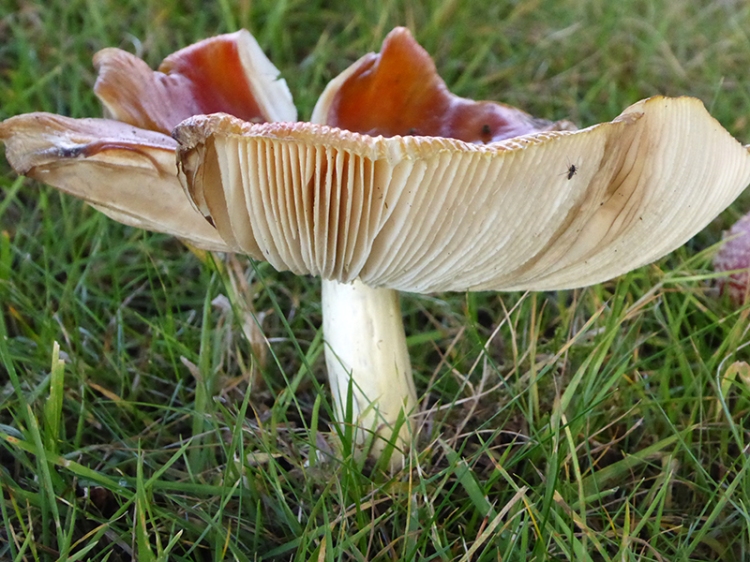 They are Amanita muscaria or fly agaric toadstools and our only disappointment was that we didn’t see an elf sitting on or under one.

They flourish under a small stand of conifer trees between the fifth and sixth fairways every year so they must like the conditions there.

We took the opportunity to walk round the course on our way up and back. The views from the course are excellent and offer some consolation when you are playing poor golf.

The two birds that you can see on the seventh green are partridges.  Dropscone tells me rather sadly that the safest place for them, when he is playing like he is at the moment, is in the middle of the green as he will never hit them there.

I could see the poplars on the river bank down below. 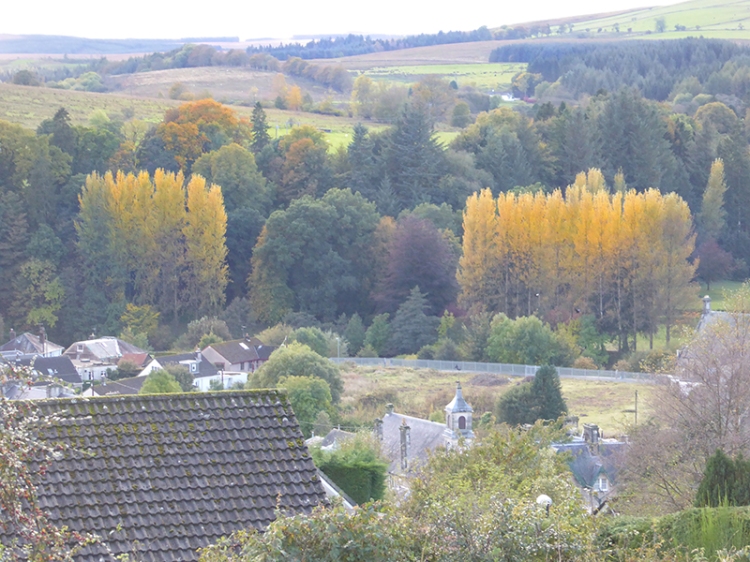 It is a pity that the trees in the gap had to be felled because of disease as they made a fine sight when they were all there in line.

In the evening, Mrs Tootlepedal went off with a friend to the cinema night at the Buccleuch Centre  to watch Bridge of Spies and I settled down to do a little light resting.

There is no flower of the day today but here is novelty from the garden instead.  Mrs Tootlepedal spotted a walnut lying on the ground while we were walking round in the afternoon and when she cracked it open, it was perfect.  It may well be the best walnut of the year, not just because of the quality….

…but mostly because it might well be the only walnut of the year.  We haven’t seen any on the tree (though they can be hard to spot).

The flying bird of the day is that grey wagtail making itself scarce under pressure from the sparrows. 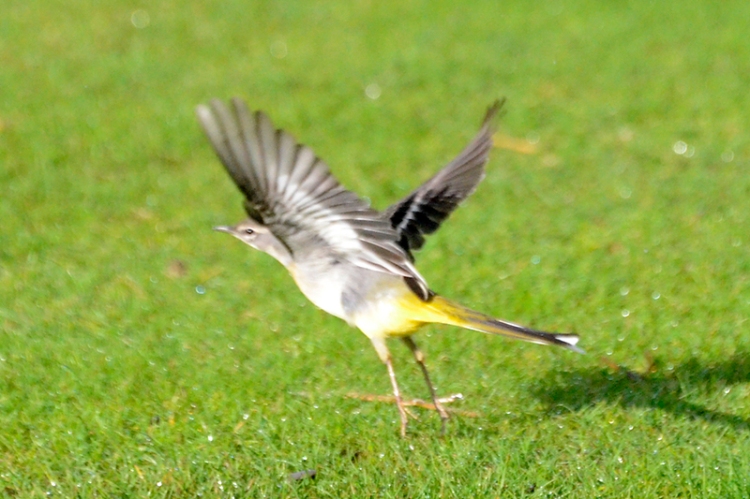 22 thoughts on “Plus ça change”