Today’s guest picture is another from my brother’s visit to Chester and shows a view of the cathedral there.

We had yet another calm, cool, dry day today although Mrs Tootlepedal did encounter the briefest of showers while she was archaeologising.

She spent pretty well the whole day at the Roman fort at Broomholm, helping with the grids for the survey.  She tells me that they have identified three ovens and a road or two already but more will be revealed as the data is analysed.  She has quite enjoyed treading in the Romans’ footsteps and looking at the country as they might have looked at it when the fort was in use.

I spent another quiet morning at home, occasionally looking at birds but not in a Roman way at all.

I popped out every now and again to do some useful things in the garden.  I sieved some compost, which Mrs Tootlepedal is going to need in her reconfigured flower beds and I completed the spiking and sanding of half of the front lawn.

I spread these actions out in small chunks over the day because experience tells me that doing too much at once leads to not being able to do anything at all.  Can it be that after all these years, I am finally acquiring a little wisdom?  Hope springs eternal.

I also found time to  look at the flowers.

And I ate a raspberry as well.

In the afternoon, I went out for a pedal round my Canonbie route.  The larch trees are just beginning to turn….

…and with a bit of luck, we will get a nice golden display from them in time.

There was a light crosswind for most of the way round so I concentrated on keeping pedalling rather than looking for photo opportunities but I did stop a couple of other times.

The trees by the roadside on the old A7 at Canonbie were very striking. 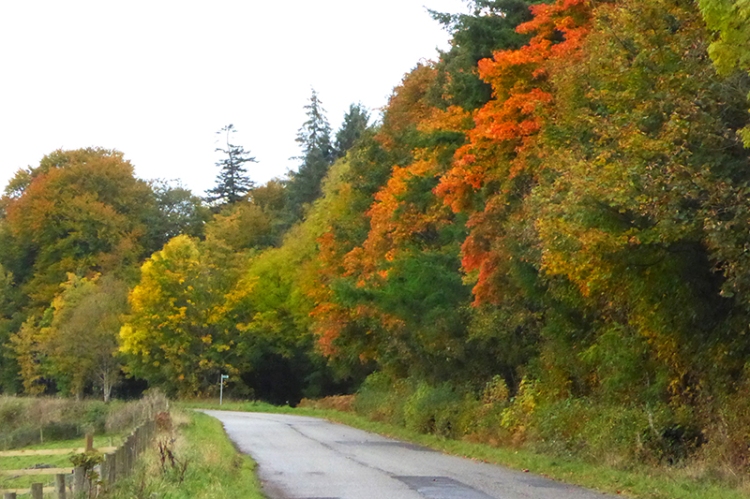 …I was pleased to get a glimpse of a dipper while I was there.

I did think of  making a diversion on my route and calling in on Mrs Tootlepedal at the Roman fort but it would have involved going up two steep hills so my legs voted against it.

As this blog is a sort of daily diary, I try always to use pictures that I have taken that day in it but I am making an exception today as just after I had posted last night’s effort, Mrs Tootlepedal called me out into the garden to meet the hedgehog she has been putting food out for.

My hedgehog knowledge is nil so I have no idea whether this is a male or a female, young or old but it looks quite well fed.  I hope that we are able to see it again.

The flower of the day is a poppy, as red in real life as it is in the picture…

…and the flying bird of the day is a goldfinch. 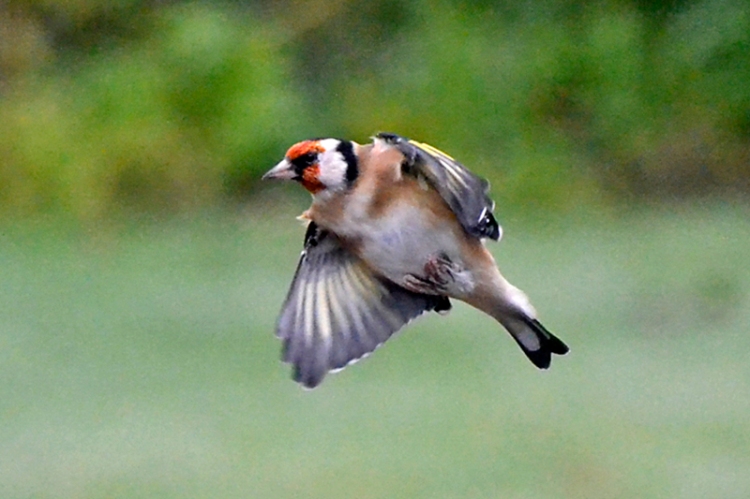