Today’s guest picture comes from my friend Marjorie’s holiday in Yorkshire.  She tells me that she had to climb 107 steps to get to the top of a lighthouse to get this view of Flamborough Head yesterday.

I am not sleeping as well as I would like at the moment so I was happy to have a very idle morning while Mrs Tootlepedal went off to a church choir practice.

I watched the birds for a bit…

…and some of the birds watched me. 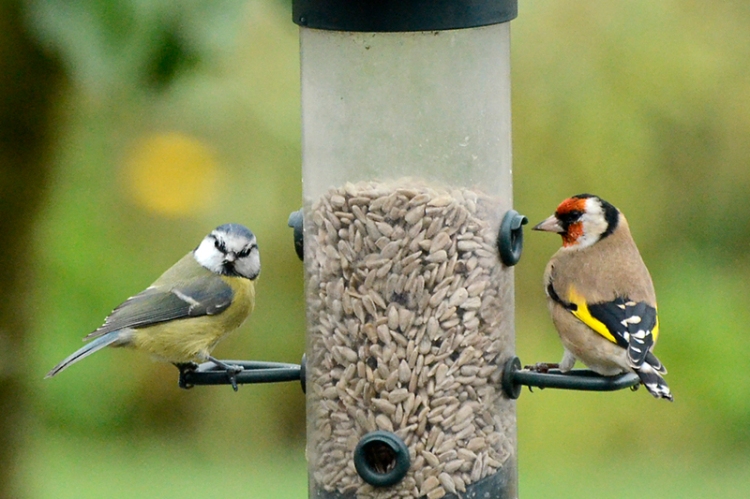 There are still a lot of dunnocks about and because they don’t fly onto the feeder I have been neglecting them a bit.  Here is one with the only great tit that I saw all day.

It is hard to miss the coal tits and blue tits as they come in a constant stream all day. 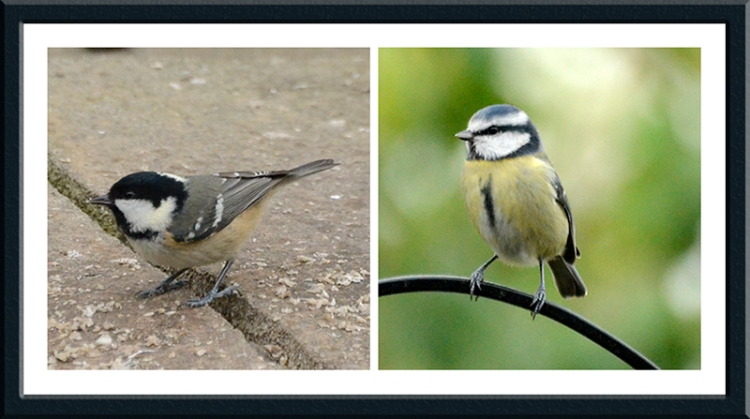 There haven’t been many blackbirds about lately since all the rowan berries were eaten but the occasional one drops by. 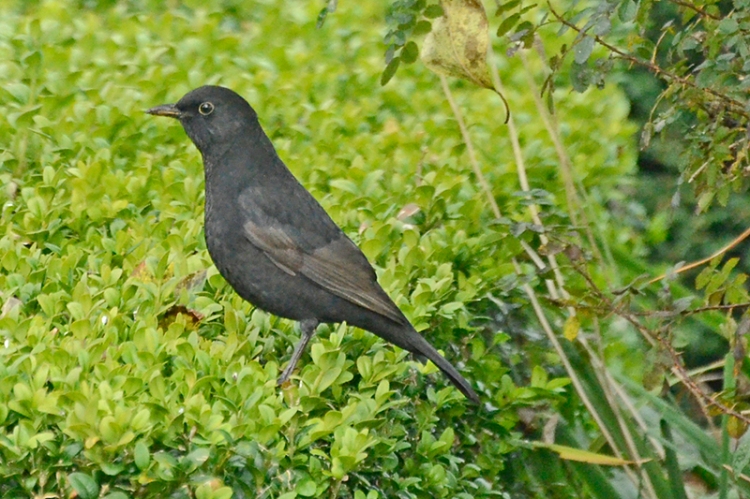 I got a good look at two other birds, one an old friend…. 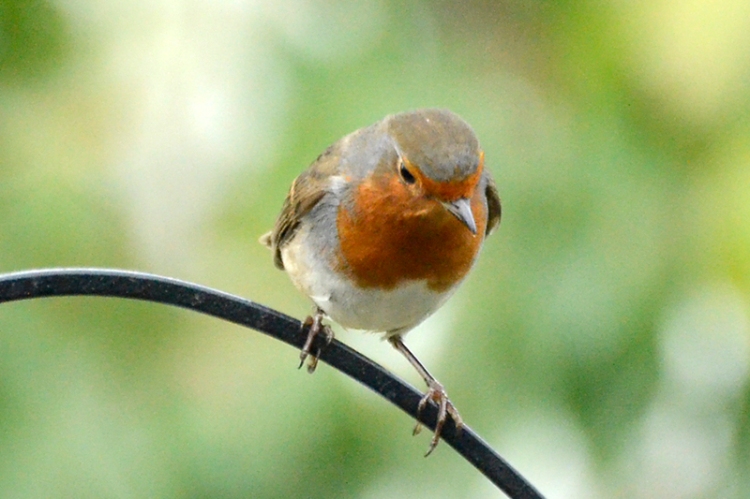 …and the other an occasional visitor. 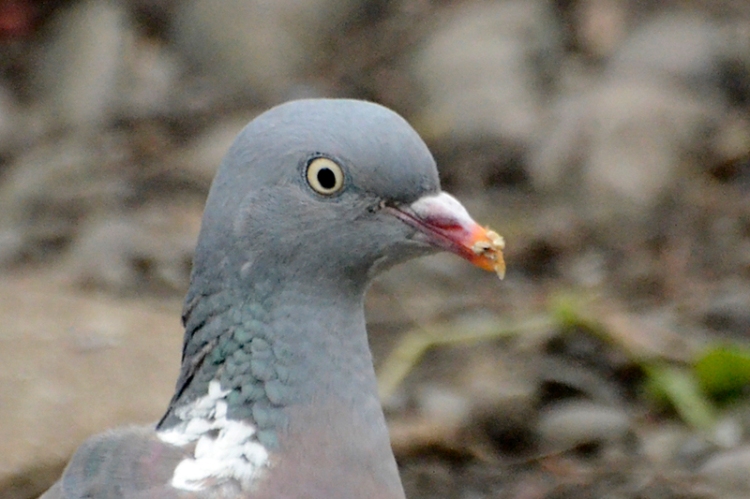 I noticed while I was looking out of the window that there was a flower near the feeders which I have never photographed.

I went out to have a look at it. Mrs Tootlepedal tells me that it is a heuchera, 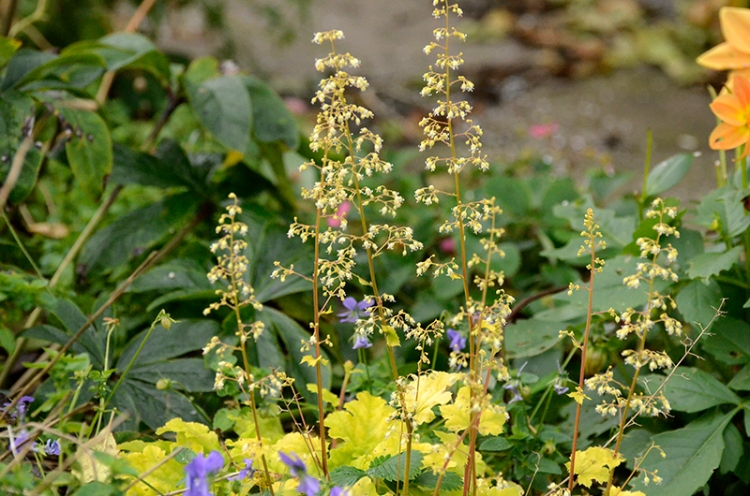 It was a bit cooler today but the forecast said that it was set fair so I had an early lunch and set out for my standard 20 mile pedal down to Canonbie and back.  It started to rain when I was three miles out which was a surprise but I persevered and luckily the rain didn’t so I was soon happily going along in the dry again.

I stopped in Canonbie to take a picture of the Cross Keys, an old coaching inn in the village. 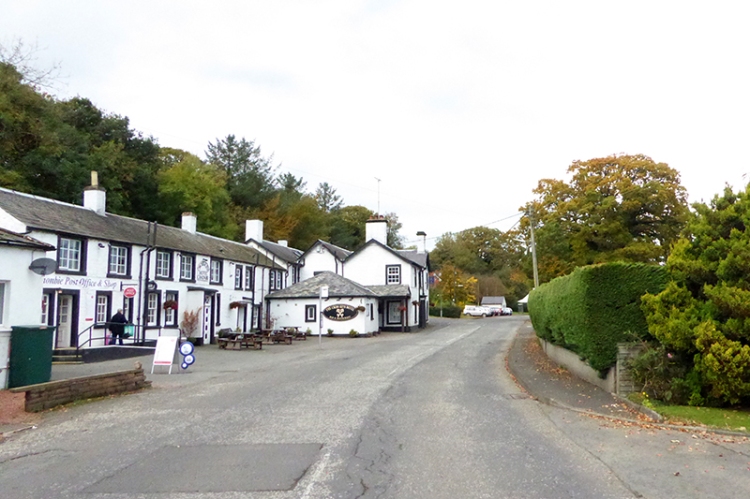 The quiet road road that I was on used to be the main road from Carlisle to Edinburgh not so long ago.  The inn has lost a lot of passing trade.

While I was in stopping mode, I stopped at Byreburnfoot on the far side of the village to have another look at the fine crop of fungus beside the road. There were dozens. 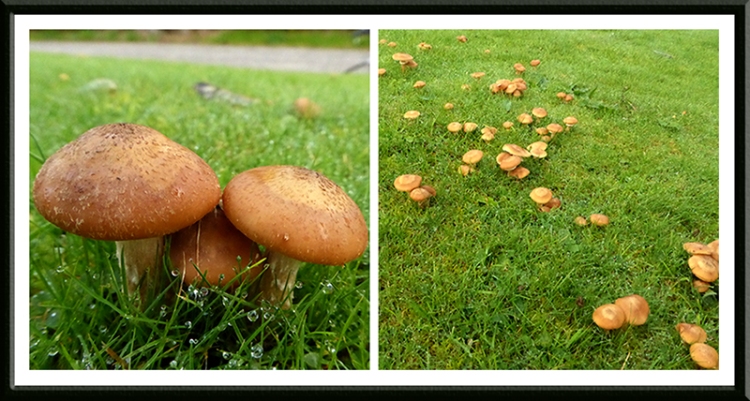 I couldn’t help having a quick look up the river while I was there. 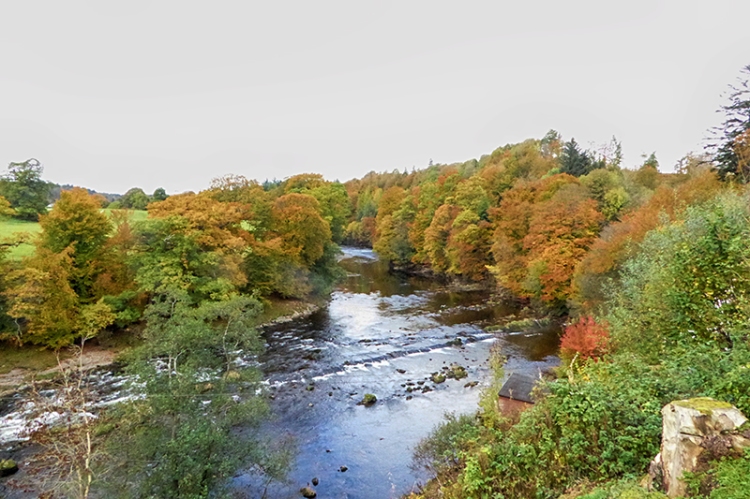 … I pedalled on home.

I had thought of going for a walk in search of fungus when I got back but I found Attila the Gardener engaged on a big task and I thought it only proper to lend a hand.

She had pruned an old azalea and was digging round the roots prior to moving it to a new place.

With a good deal of delving, levering and heaving, the bush was dislodged and hauled to its new home.

Mrs Tootlepedal filled the new hole with compost and bonemeal and watered the plant in very thoroughly but the azalea is old and has had some rough treatment in its move so only time will tell if it will be back in business next spring.  I hope so becuase it has been the star of many a photo in the past. 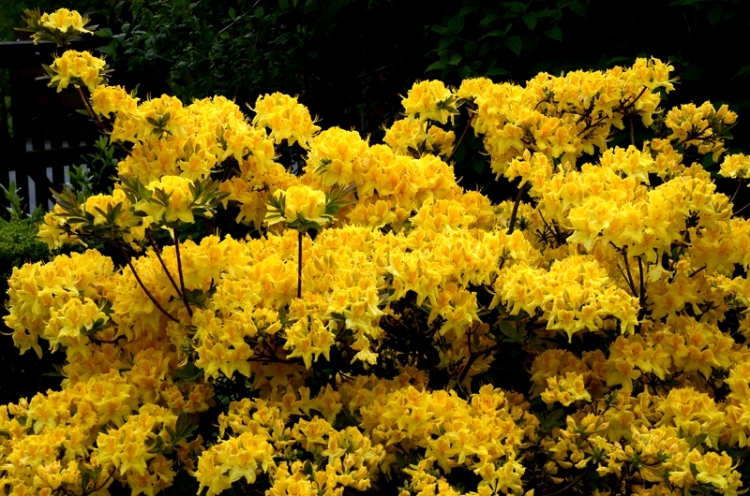 The bush may not look like a big thing to shift but it was pretty heavy and we were pleased to have managed the move and more than happy to retire inside for a rest afterwards.

A dahlia caught my eye on the way in. 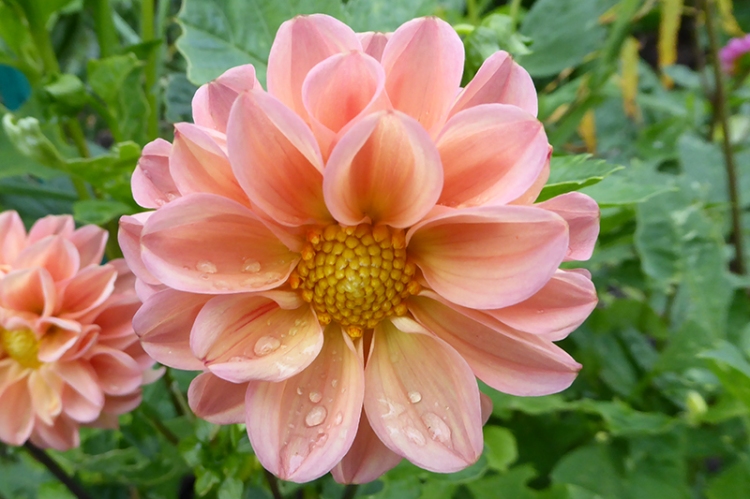 My flute pupil Luke is having a holiday in Edinburgh so I had time to get my music in order for the choir concert in Carlisle tomorrow before it was time for tea.

After tea, I went off to play trios with Mike and Isabel.  We spent some time making initial progress with a new Mozart trio and were able to work through the first two movements at a modest pace.  Quite a bit more work will be needed before the composer might recognise his own work but it is a very enjoyable way to spend some time and effort.

The flower of the day is two nasturtiums…. 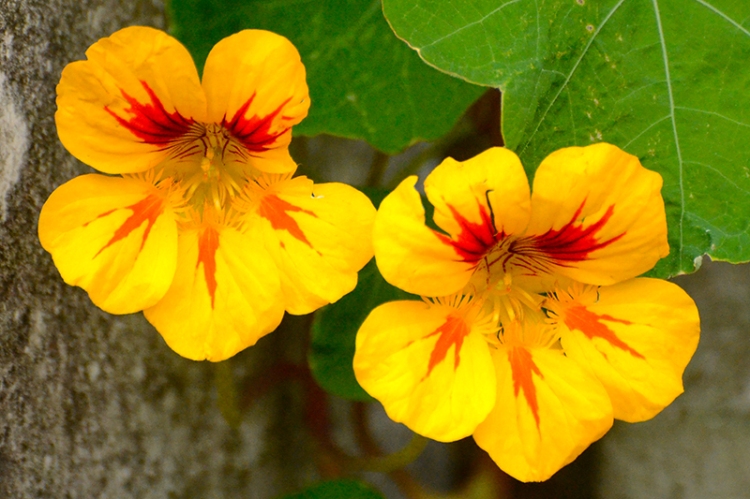 …and the flying bird is a chaffinch approaching the feeder cautiously. 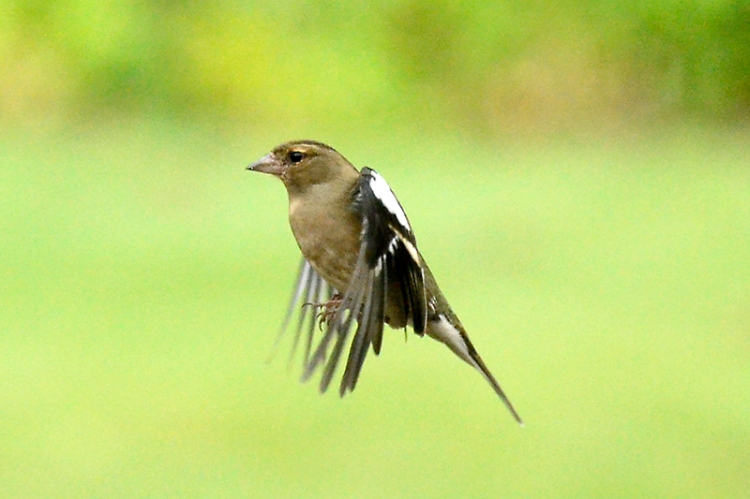 18 thoughts on “A gentle pedal and a hard working tootle”