Today’s guest picture shows a view of the River Trent near Swarkestone Bridge.  My brother Andrew took the shot while out with his walking group. 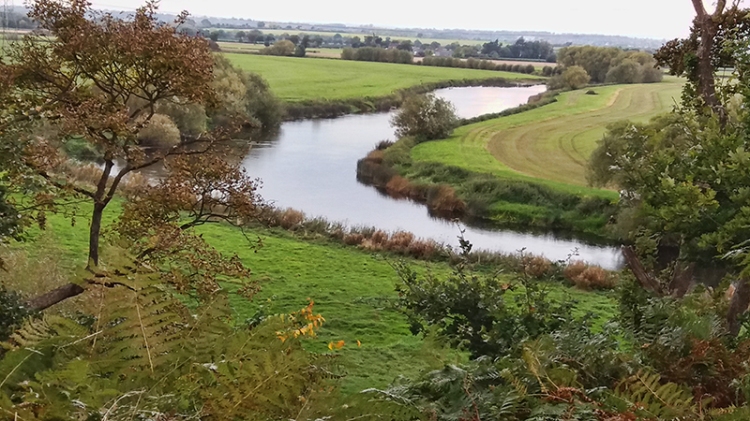 The wind was in the process of moving round from east to west today but it did it very gently and gave us a wonderfully sunny autumn morning on the way.  It was cool enough to put ice on the car windscreen but not cold enough to produce a ground frost.

It would have been a grand day to be going about taking autumn mist and colour pictures but I didn’t have much time to spare so I rushed out after breakfast and took a few without going far from the house.

The reason for my haste was the need to be in Carlisle for a rehearsal for our community choir concert in the cathedral.  Mrs Tootlepedal had a prior engagement so I went by myself and arrived in perfect time for the practice.

Because the concert was in the middle of a working day, we were by no means at full strength but all the same we must have been about 60 or 70 strong so even in a venue as grand as the cathedral… 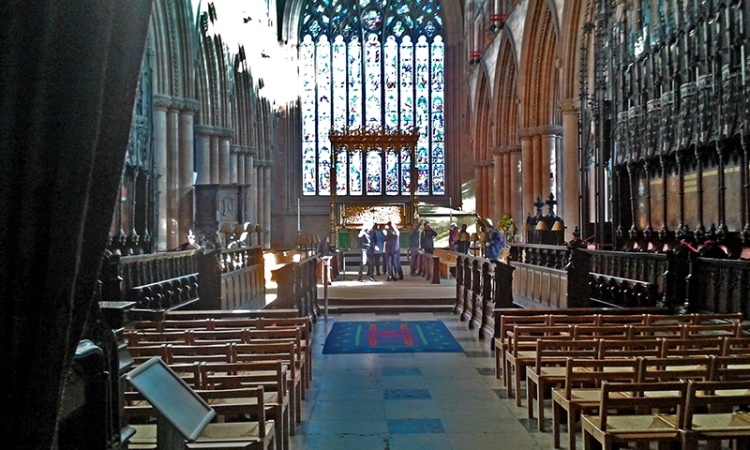 …we were fairly squeezed in.

We had our practice and then assembled again for the concert.  We were pleasantly surprised to find that all the available seats in the audience had been taken, especially as there was  small charge for entry and we gave our best effort to the occasion.

A member of the audience, who happens to be a reader of this blog, told me afterwards that she had thoroughly enjoyed the concert so that made the work that went into it worthwhile.

The cathedral itself was positively glowing in the brilliant sunshine when we came out.

…and I enjoyed the walk back beneath the old city walls….

…to the car park below.

It was a golden day.

I drove home, had a cup of tea and a slice of bread and then got changed as quickly as possible to make some use of such a fine day on my bicycle.  It was unfortunate that such a good cycling day should coincide with a concert but such is life.

I did spend a few minutes looking out of the kitchen window while I was waiting for my tea to cool.

…but as it also helps to protect them from any sparrowhawk raids, it is worth it.

The goldfinches were using the sunflower seed feeder.

I went round my Canonbie twenty miler but in the opposite direction to my usual tour.  Considering that it starts and finishes at the same place, the amount of climb and descent must be equal whichever way you go but it seemed much harder going round the ‘wrong’ way and as the sun had gone in and it was feeling quite chilly, I didn’t stop to take any pictures but concentrated on getting home as soon as possible.

Mrs Tootlepedal had come home from her engagement and was busy planting out daffodils and exchanging views on life over the garden hedge with Stan, one of Langholm’s finest photographers. 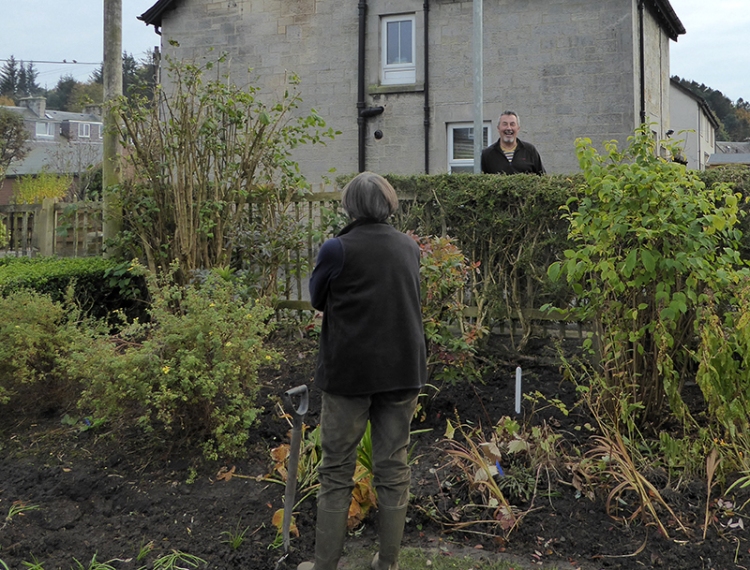 While we talked, a flurry of excitement from the bird feeder heralded a flying visit from the sparrowhawk but it came and went so swiftly that we couldn’t tell whether it had caught a small bird napping or not.

There wasn’t enough light left to make a walk worthwhile so I had a quick wander round the garden….

…where there was more than enough late October colour to keep an old man happy.

We have had a long flowering season after a slow start this year.

Then  it was time for a shower and our evening meal (which featured the third and last appearance of the slow cooked venison stew) and a good sit down.

The wind should  have completed its turn by tomorrow and it is due to be quite brisk so I may have a quiet day and catch up on business.  I have done 400 miles on the bike already this month so I am well up on my schedule.

The flower of the day is a marigold…. 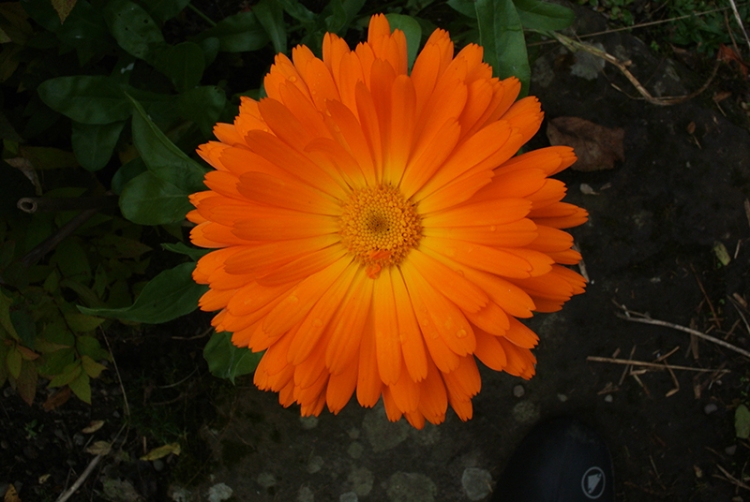 …and the flying bird of the day is two goldfinches in combative mood.