Whatever the opposite of the saying, “Every cloud has a silver lining,” is applied to us today.  After a very grey day yesterday, we woke to brilliant sunshine but unfortunately it was accompanied by a brisk and very chilly north wind. It was brisk and chilly enough to keep me off the bike in a cowardly sort of way for the whole day but I did try to do some other things instead.

I started off by going to the producers’ market in the Buccleuch Centre and topping up on meat, fish, cheese, honey and beetroot. The cheese this month was particularly delicious.

When I got back, I had a check on the garden flowers.

Then I set about finishing the turning of Bin B into Bin C and starting the turning of Bin A into Bin B.  I am touching all the wood that I can see as I write this but my back must be in unusually good condition as I have been able to shift the compost much more quickly than normal on this occasion without any bad effects (so far).

The strong and cold winds affected the number of birds coming into the garden to quite an extent and even those that did come in seemed happier perching in the plum tree than eating seeds.

There was hardly a goldfinch to be seen which suggests that perhaps they live quite far way and the journey wasn’t considered worthwhile today.

The birds did come out of the plum tree in the end and a lone goldfinch joined them.

They seemed to be rather jittery though so perhaps there were cats or a sparrowhawk around loitering with intent.

I had a good crossword to do which kept me entertained until lunchtime.  It was very annoying though as it was the sort where you solve 26 clues starting with the letters from a to z  and then fit the solutions in to a grid with no clue numbers wherever they will go and I just couldn’t get my answers to fit the grid.  In the end I gave up and went for a walk.

This was a gentle three mile walk past the Kilngreen, along the Lodge walks, up through the wood and then back to the North Lodge and home via the pheasant hatchery and the Duchess Bridge.  It was designed to keep me out of the wind for as much time as possible and in  that respect, it worked very well.

As I went past the church on my way down to the river, I had another look at the tree stump and fungus by the wall across the Wauchope.  It is hard to miss the fungi. 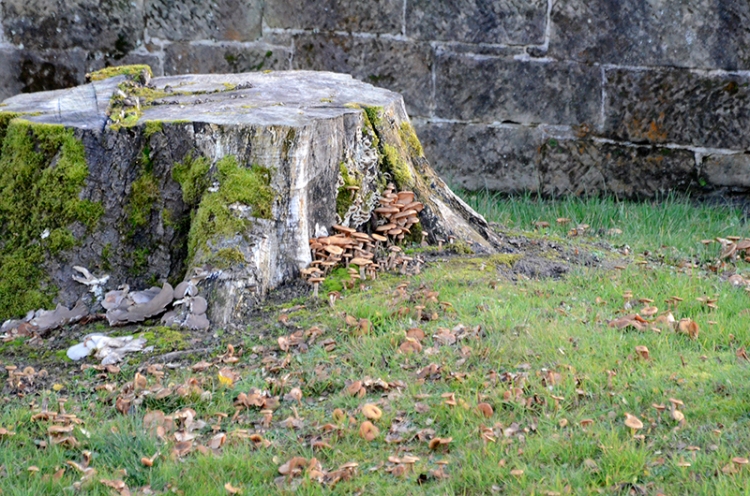 I looked up the Esk from the Meeting of the Waters when I got there and reflected that winter is definitely on its way now. 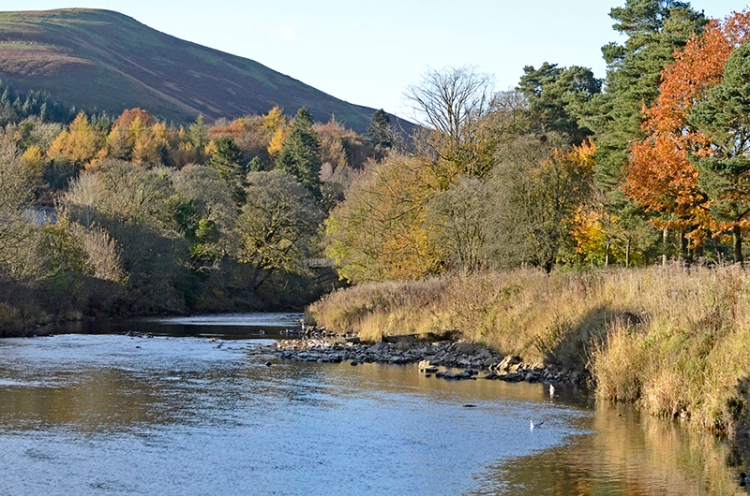 The sun was already low in the sky and brown is getting to be a predominate colour.

I caught a gull flying past a bit of the remaining autumn colour.

Then I walked on up the Lodge Walks….

…before heading up through the woods to the track along the top.

On my way round, I saw several patches of fungus and  I have put some of them in a frame.

I saw some other things which interested me too.

As I walked back along the side of the pheasant hatchery towards the Duchess Bridge, although I was in deep shade, I was able to look across the field and enjoy the views.

The river was so low that I was pleased to be able to scramble down the bank after I had crossed the Duchess Bridge and look back up at the bridge.  It is an elegant structure.

As you can see from the picture, the river banks are quite steep here so I was even  more pleased to be able to scramble back up again and continue my walk to the Jubilee Bridge…

…which is not quite so elegant.

I don’t think that the river can often have been as low in early November as it is at present.  We have been really lucky with the rain over recent weeks.

When I got home, I finished shifting the compost from Bin A into Bin B and we are now ready for Attila the Gardener to beginning filling Bin A again and starting the whole process off once more.

Sceptics might think that the compost would still rot down well enough if I just left it alone and didn’t bother with all this heaving and shifting and sieving but then what would I do for fun?

I had to ring up my sister Mary and get her help to finish that tricky crossword.

In the evening, apple fritters made a return by popular demand and they rounded the day off nicely.

The flower of the day is a defiant poppy…. 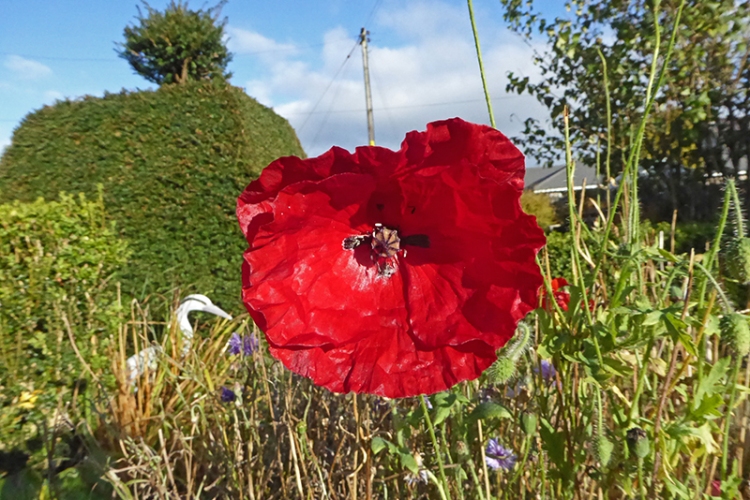 …and the flying bird of the day is a pheasant.  This type of pheasant shooting is less noisy than using a gun. 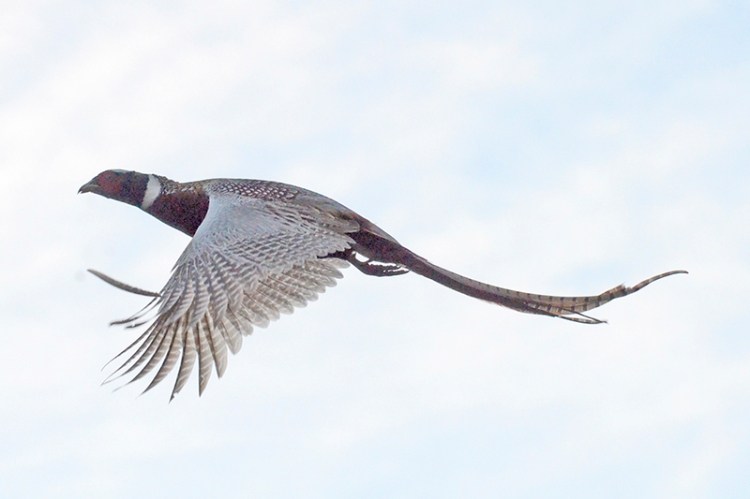 I noticed when I came to look at my pictures in the evening that although it was cold and windy outside and the days are getting a lot shorter, I still managed to take 110 pictures today.  I must try to get out less.