Today’s guest picture is a view of the inside of Ely Cathedral taken by my brother Andrew.

I got up pretty promptly this morning as I was due to go up to the Moorland Feeders because Sandy is still away and Mrs Tootlepedal needed the car to go to Carlisle to help sorting out the choir music.  Luckily, although it was near zero again, the roads were ice free and the sun was out so it was a good morning to go to the feeders.

It looked fairly wintery up on the moor… 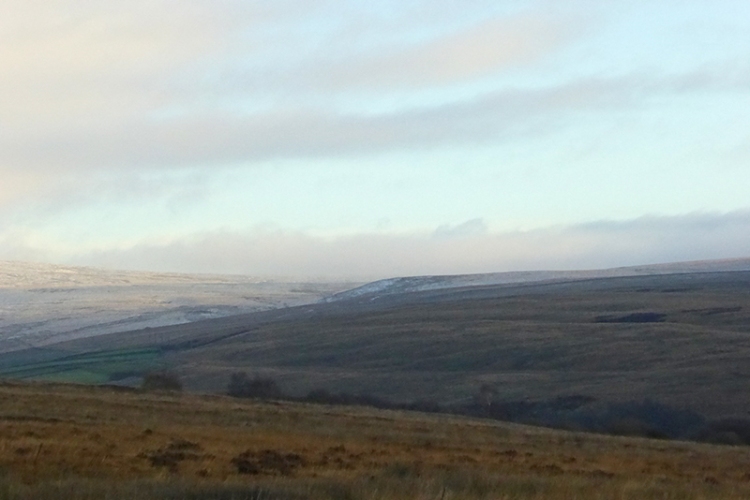 …but once again, the winds were very light so it wasn’t too cold and I sat in the hide for a few minutes after I had filled the feeders.  There was a lot of action to enjoy… 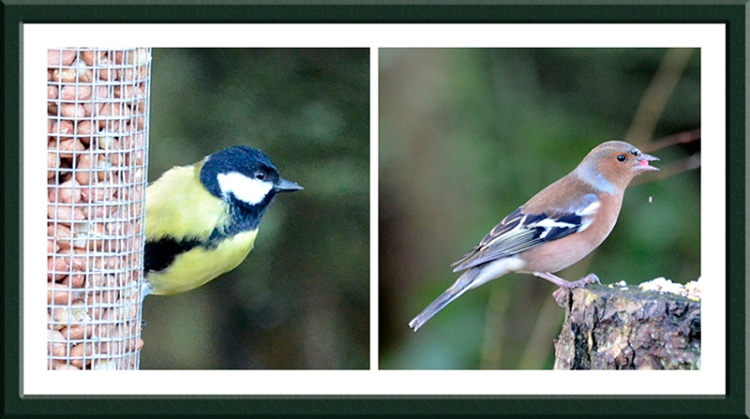 …but no new winter visitors in sight.

I stopped a couple of times on my way back down the hill. 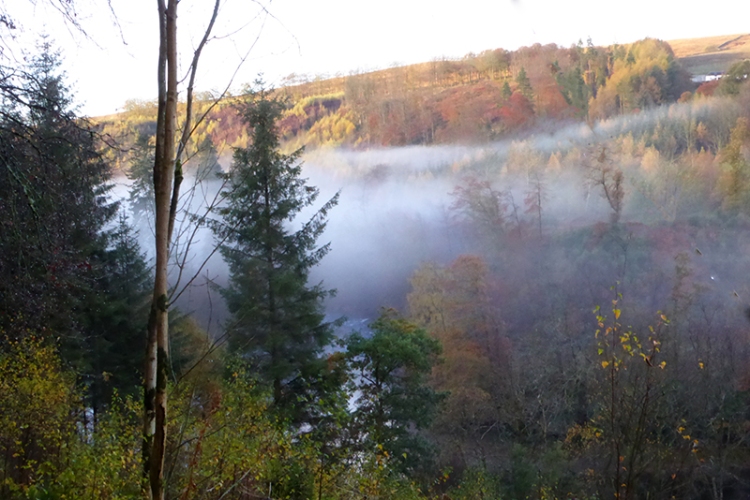 I was a bit sorry that I didn’t have more time to spare as it was a promising morning for taking pictures.

When I got home, the sun obligingly went in so I didn’t feel so bad when Mrs Tootlepedal drove off and left me watching the birds.

I went out to check if the clematis had survived a chilly night and not only found that it had but found another little one near by.  They are not in the peak of condition to say the least but they are still there.

How some flowers survive when all around them have gone is one of those mysteries.

My hand has got a bit sore lately so I put down the heavy camera and tried catching a bird or two with the Lumix which is much more forgiving to lift up. 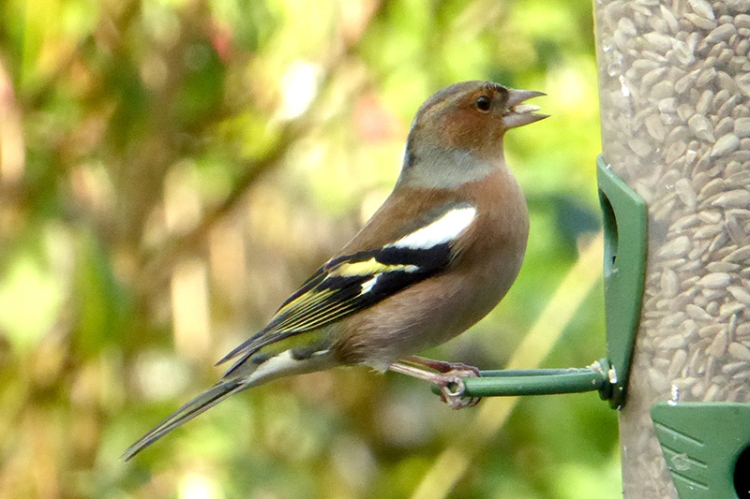 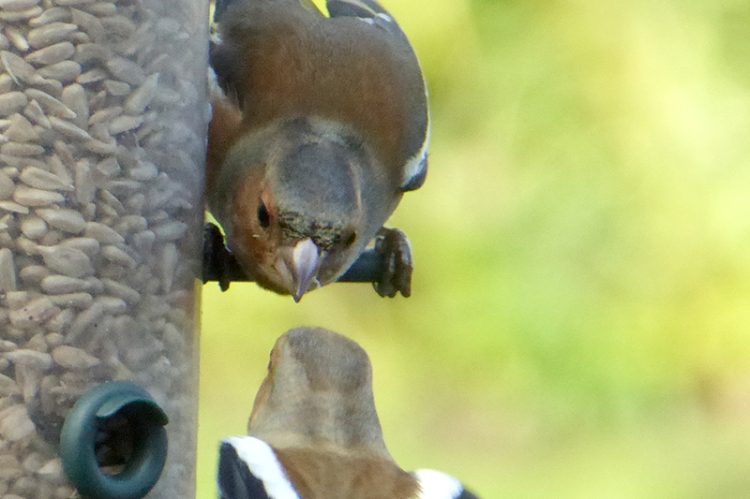 I put in some time practising songs for our Carlisle choir.  I am trying to develop a bit more of a musical memory so that when I have got a song somewhat mastered, it remains in my mind and I don’t have to start all over again next time that I look at it.

Mrs Tootlepedal came back from Carlisle and we were soon on our way to Lockerbie and thence on to Edinburgh by train to visit our granddaughter Matilda.  I didn’t take a camera with me as I figured that the light would be too poor by the time that we got to Edinburgh to make it worth while taking pictures.  As it happened, the light was superb for a short while and I had to resort to the phone.

This is the Scottish Parliament in the foreground with golden sunshine playing on Salisbury Crags behind. 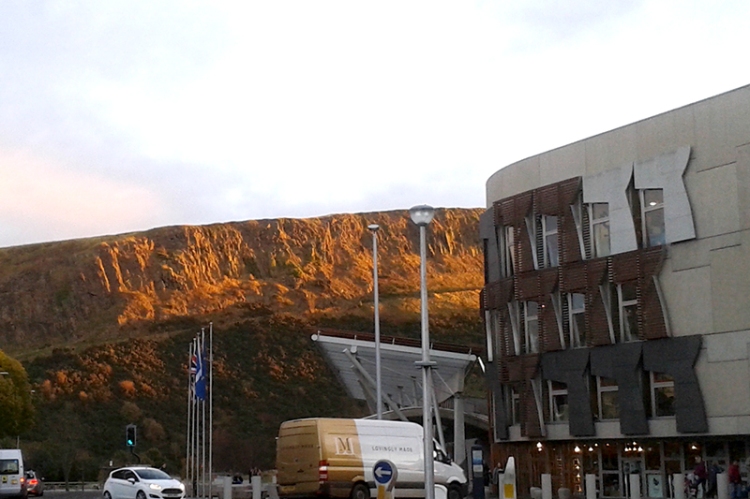 A side road further on our way gave us a glimpse of Arthur’s Seat, also looking as though it might have been touched by Midas. 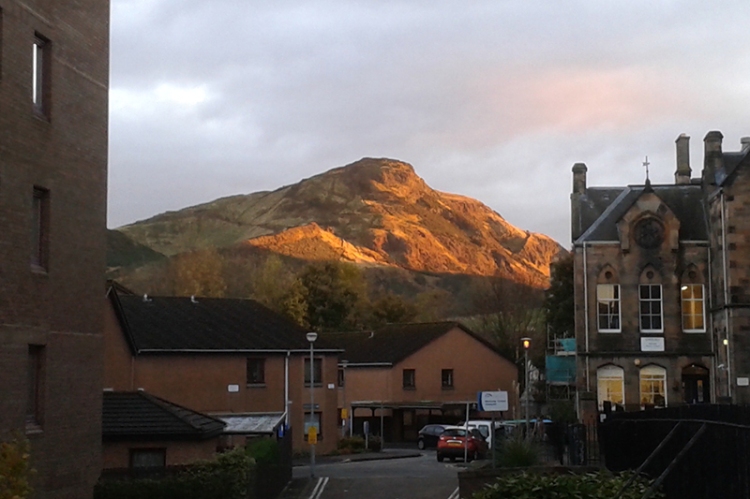 I wished that I had had a good camera with me and time for a walk.

Still, it was a great pleasure to meet Matilda and her fine parents and we spent some happy hours playing, talking and eating before we caught the train home again.

With the temperature at zero, I was quite pleased to have the winter tyres on the car.

…and a chaffinch taking a bow appears as flying  bird of the day. 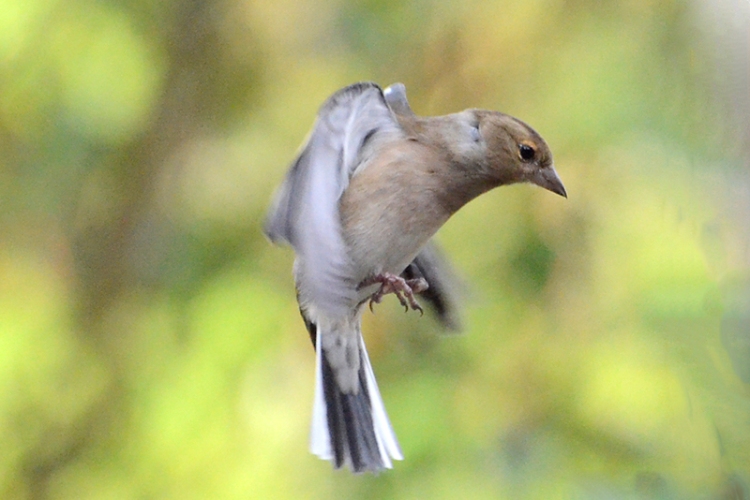 26 thoughts on “Here and there”