Today’s guest picture is another from Mike and Alison’s New Zealand adventure.  Mike thought correctly that it might warm me up.  He tells me that it shows Mapua with Rabbit Island in the background. 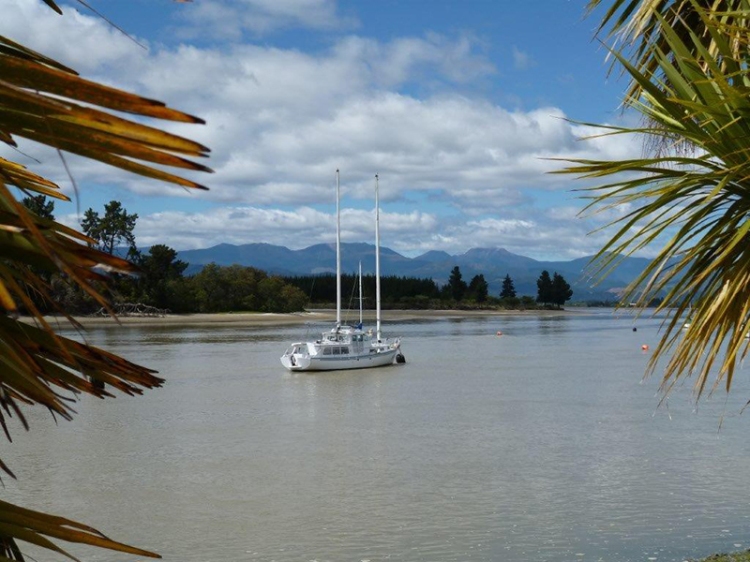 At the other end of the earth from Mapua, we had a suitably dark and grey occasion here as we approach the shortest day.

Sandy has been suffering from a cold too but he was improved enough to venture out for a cup of coffee this morning.  Mrs Tootlepedal had made some mince pies last night and these went down very well with the Monsoon Malabar.

I took a moment to look out of the window after coffee and was rewarded with a display of landing skills from the chaffinches.

And a chaffinch posed prettily for those who like a more restful bird shot. 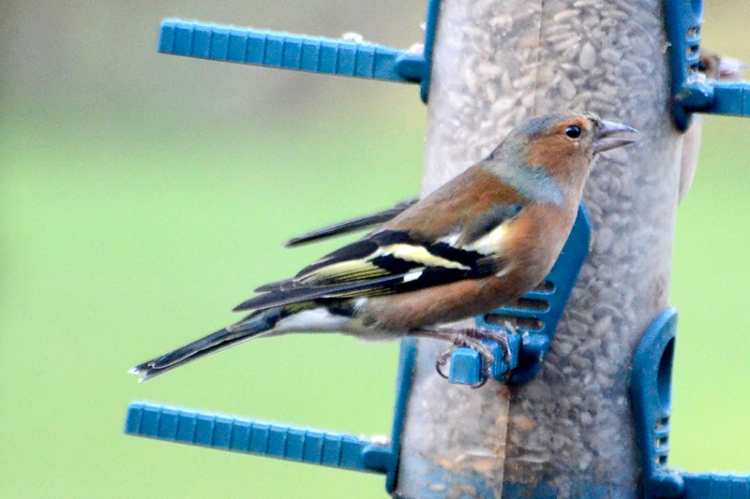 Over lunch, Mrs Tootlepedal went off to be a volunteer at the Buccleuch Centre and I thought that a walk in the woods might be a good idea, especially as a friend had suggested a spot where I might find some bullfinches and/or redpolls.

I didn’t want to walk too far so I set out in the car to get to a convenient spot but I hadn’t gone far before a slightly stuttering engine and two warning lights suggested that a visit to the garage might be prudent.  As I was just outside the garage when the warning lights came on, this wasn’t too difficult to arrange and having the left the car in the care of the mechanics, I walked on regardless.

A walked up Hallpath, past an intriguing wall….

…along an undulating track…

…until I came to the spot where the birds might lurk.  There were certainly a good number of small birds high in the trees but the light was so poor that I had no way of telling what they were.

I turned off the main track and struck up the hill towards open ground….

…but even when I got clear of the trees, the view didn’t improve much.

I was following a well worn path…

…and heading for the pylon on the right….

…and was very surprised to see a gorse bush in full flower on the other side of the wall.

From there, my route was across the face of the hill on the old quarry track.  I passed a sheep sensibly lying down with its back to the increasingly gusty wind.

After passing a lonely tree…

…I dropped back into the town by way of the golf course and the Kirk Wynd.

The clock told me that I had been out for just under an hour which was quite enough as it was threatening to turn from mist into drizzle.

Beside the suspension bridge as I crossed the Esk, an old friend was standing on a rock…. 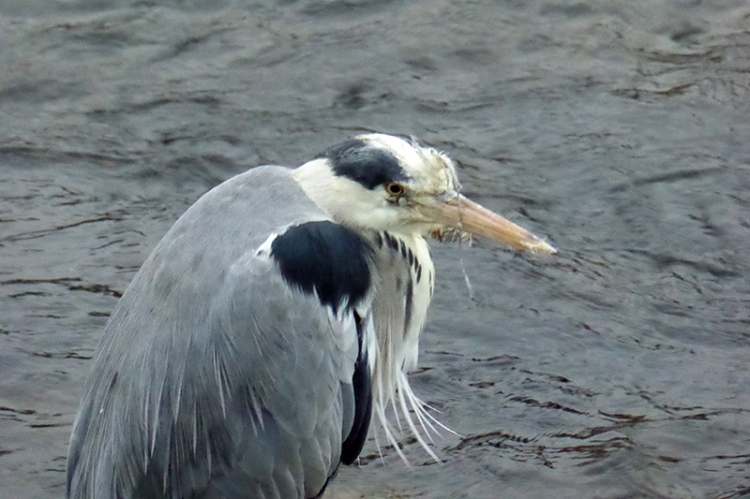 Facing him, a duck had found a rock of its own.

When I got home, I had time to look at a robin trying all the feeders in turn…. 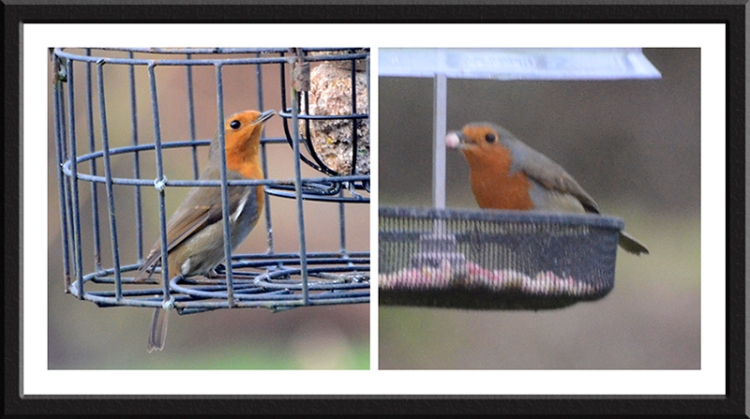 …before the light disappeared completely.

Although it takes a week before the days actually start getting longer again, it is good to know that tomorrow is the literal depth of winter and it will be uphill towards the sunlit uplands from then on.

I got a call from the garage saying that inexpensive repairs were required and these should be completed by tomorrow.   I may complain about computers in cars from time to time but it is undoubtedly a good thing to be able to hook up your car to a machine and have it tell you within moments exactly what is wrong.

I am still suffering mildly from my cold and so the rest of the day was spent in gentle activity indoors until we went off to a film in the Buccleuch Centre in the evening.

As the film was White Christmas, this turned out to be a cheerful way to round off a dull day. 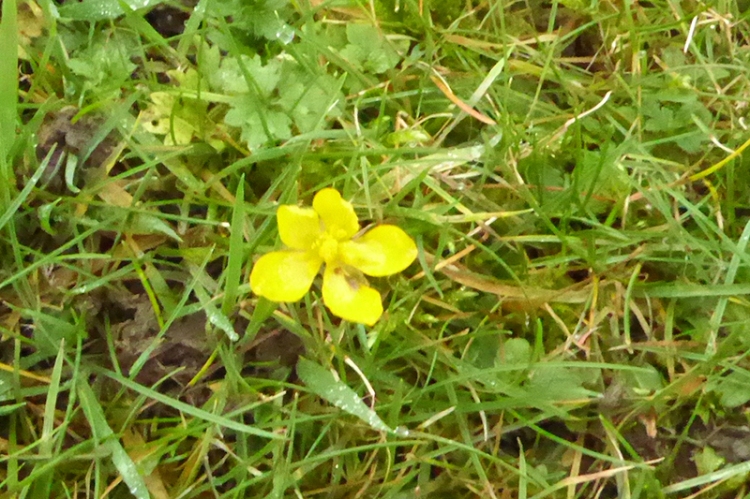 …and the flying bird of the day is an expansive chaffinch.

23 thoughts on “A start and stop day”