Today’s guest picture is another from Dropscone’s southern venture and shows a row of bathing huts on the Isle of Sheppey. He was not tempted to use one and go for a dip.

We had another sunny but chilly day today so I went for a walk in the morning after waving at a visiting robin.

In spite of the good sunshine, it was rather hazy…

…and the conditions meant that there were a lot of persistent vapour trails from passing aircraft which spoilt what should have been a clear blue sky.

I enjoyed my walk even though there wasn’t a great deal to catch the eye.  I caught the eye of two sheep in a field as I passed.

I walked down through the woods, across the Becks Burn and up the other side.  The sun shining through trees at any time of the year always seems beautiful to me. 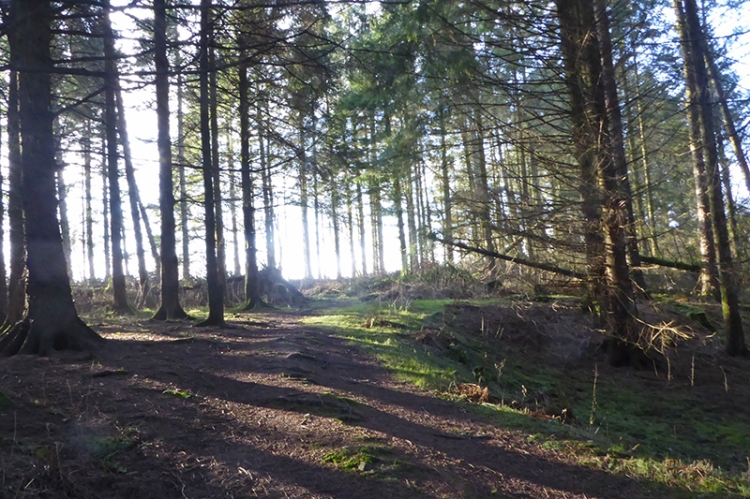 Some trees may be a bit past their best though.

I walked down the road from Hallcrofts to the Lockerbie road, enjoying the view of Whita… 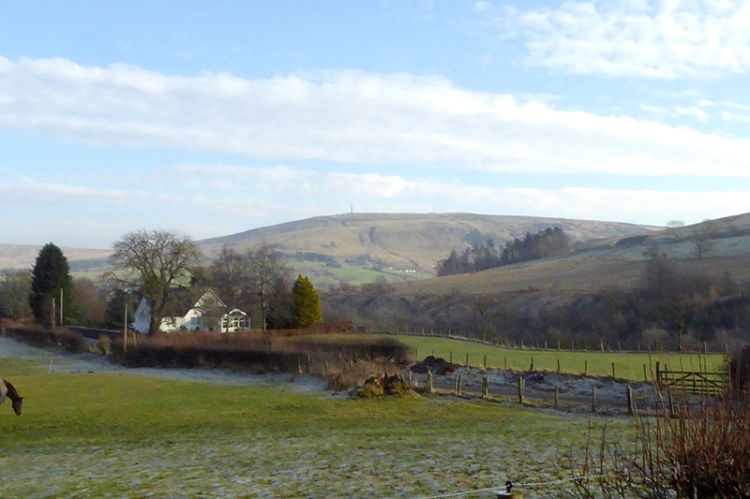 and noting that the frost was still lying where the sun’s rays hadn’t rested.

There were catkins all around, these two on the left of the road…

…and a big flourish of them at the gate of a house on the other side.

Down in the bottom of the valley, things were icier…

…though the lichen on the right seemed totally unaffected.

The little patch of red near the tip of the log looked worth a closer examination.

I pottered back along Gaskell’s Walk but had to keep my eyes well down as there were many icy patches along the way and as I had been warned about them by a fellow walker in passing, I thought that I would look very silly if I slipped and fell on one of them.

I stopped and admired the view over the town when I got near the end of the walk. 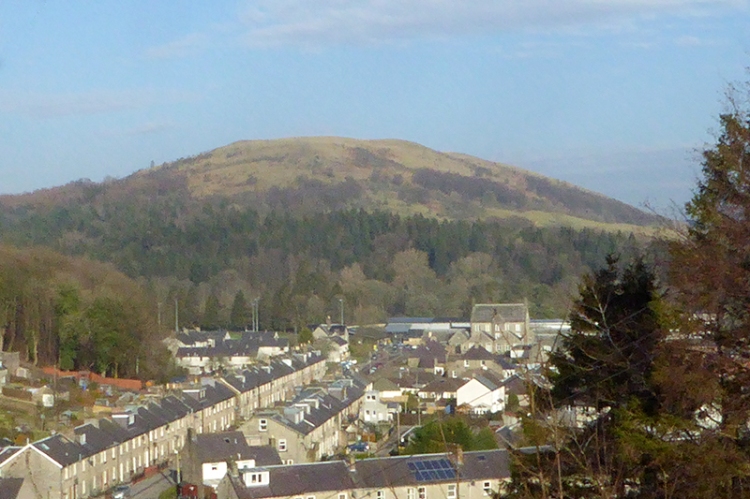 I walked past Stubholm farm house and went down to the Murtholm before coming back along the river.  A flash of green turned out to be a honeysuckle, one of the first plants of the year to put out leaves.

I wanted to check to see if I could find the the tree with the script lichen again.  I could.

As I had walked along, I had been serenaded by many birds which were either invisible in spite of sounding to be quite near me or were too quick for my camera but when I came to rover near the church, I could miss a dipper standing on a rock singing loudly.

I wish I could find one standing in some sunshine and not quite so far away as my collection of indifferent dipper photos is now far too large.  But they are always fun to watch and to listen to.

I spent the afternoon hunched over my computer making notes for a Burns Supper which I am attending with Mrs Tootlepedal this evening.  In a foolish moment, I agreed to be chairman for this function, proving as a friend remarked the other day, that apparently you can never have enough fuel for the furnace of self esteem.  In spite of the strain of trying to remember what I should do, I will enjoy the evening but as it will go on late into the night, I am posting an early blog today in case I am not back home before tomorrow!

The flying bird of the day is an unmasked chaffinch. 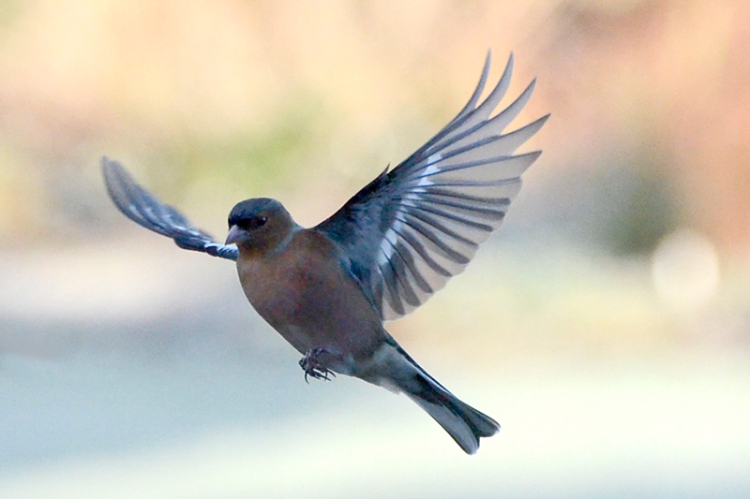 22 thoughts on “Dining out”