Today’s guest picture shows a peacock which was observed by Dropscone on a visit to Leeds Castle in Kent during  his recent holiday.

Although there were hints of sunshine offered by the weather forecast for today, they were not forthcoming in actuality and we had a chilly, grey day with a nipping east wind. I started out by going up to the Moorland feeders with Mrs Tootlepedal to act as reserve feeder filler.

When we had filled the feeders,  she sat in the car and scanned the horizon for exciting raptors (in vain) while I sat in the hide, hoping for exciting new visitors (also in vain).

There was a shy woodpecker…. 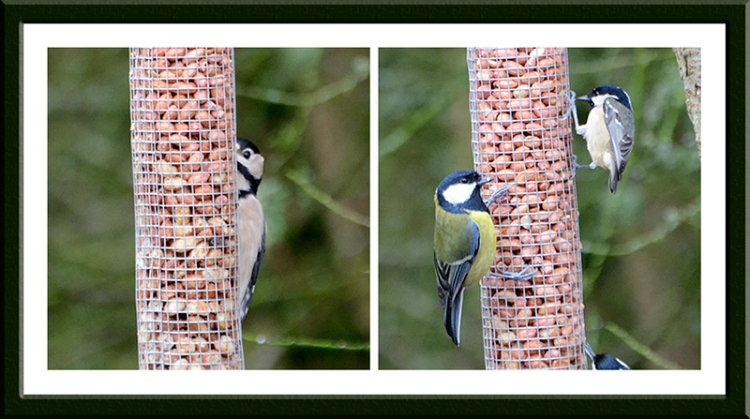 …who was soon replaced by some more forward great and coal tits.

There was a seed pilfering pheasant…. 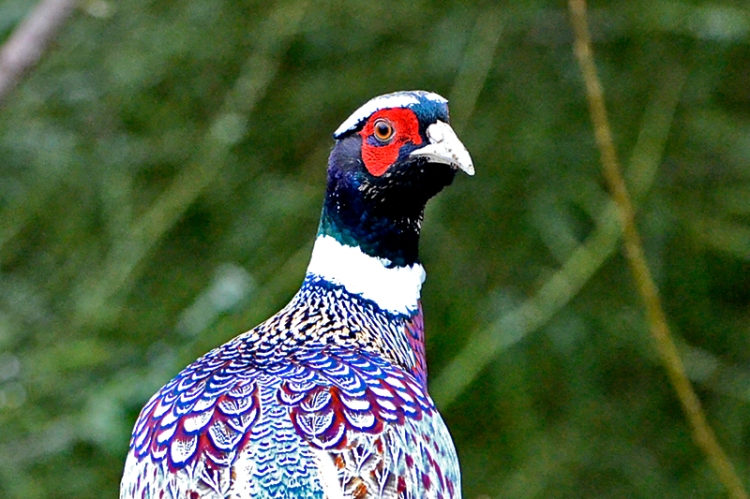 …and a great quantity of chaffinches and siskins… 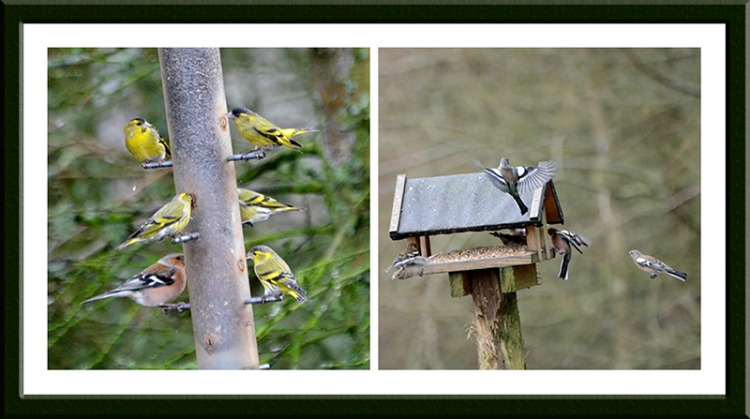 …but when two other bird watchers came into the hide, I wasn’t too unhappy to pack up and leave them to it.

On our way back to the town, we stopped at Skippers Bridge to check on the work.  The workers must have faith in their scaffolding….

….because the water was foaming away not far beneath their feet.  They are making good progress though… 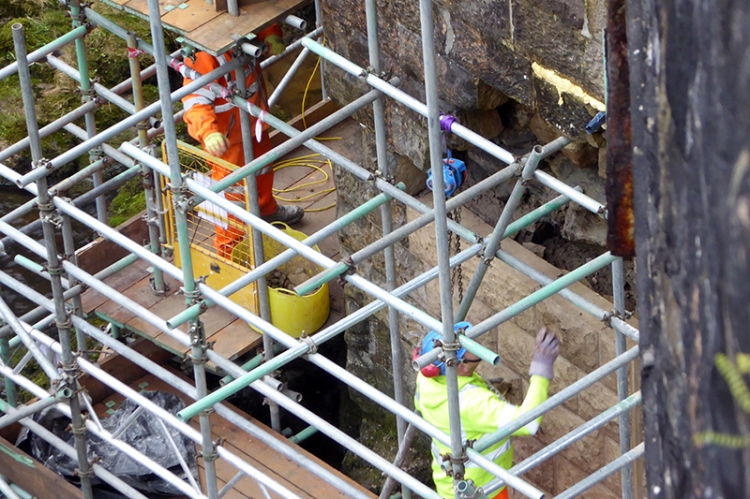 …and have built up a lot of new facing.  The man on the right was being fed stones to pack into the space behind the new wall. 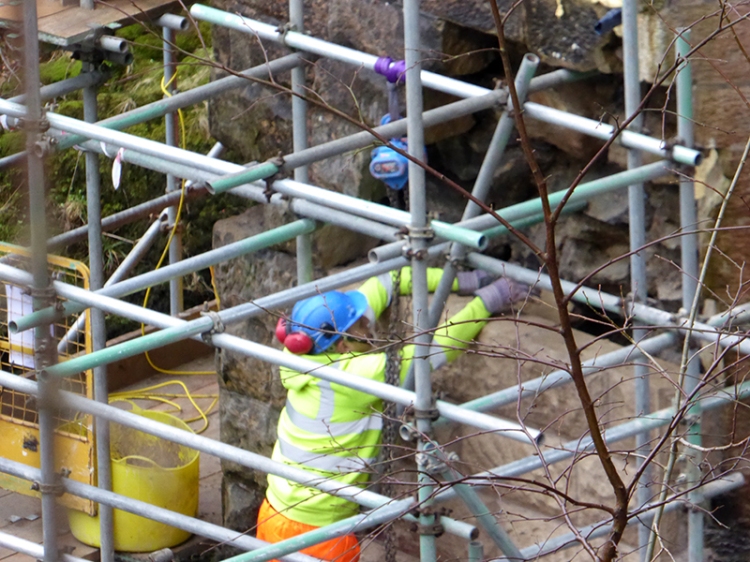 If they keep on at this rate, it won’t be long before they are finished.

While I was on the bridge, I stole a glance at the parapet.

I did have some idea of going out for a chilly pedal when we got home but the fact the I would have to face the nippy wind on my return journey persuaded me that making some leek and potato soup was a better plan.  We have still got several leeks in the garden so there will probably be more soup before the end of the month.

I watched the birds in between times.

I am so used to seeing our birds that I sometimes forget just how pretty and colourful they are.

Instead of cycling on the slow bike, I took pictures of the belt drive and the solid back tyre which together with the hub gear make it almost maintenance free…

…even if they may make it a little slower.

A fresh crocus caught my eye.

I did get some exercise in the end though as Sandy came round for a walk in the afternoon.

The promised sunshine stayed well away and we had a rather grey and featureless stroll.  In fact things were so dull that we started to see what pressing buttons on the camera might do.

A smart filter made a striking job of this track view. 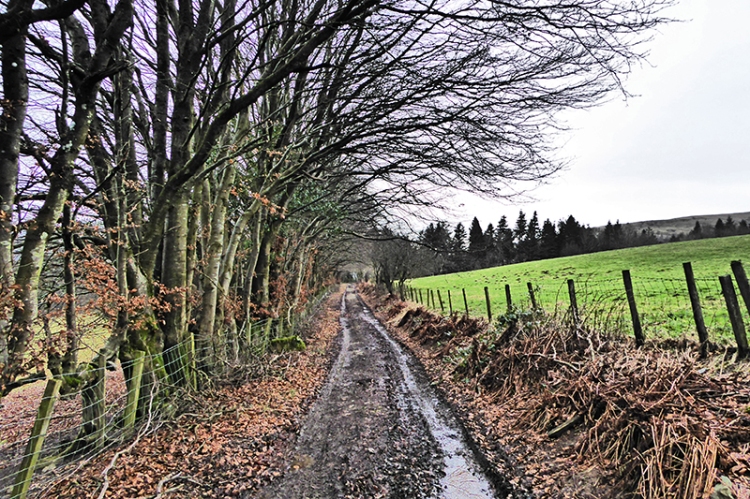 I did say that it was rather a grey day… 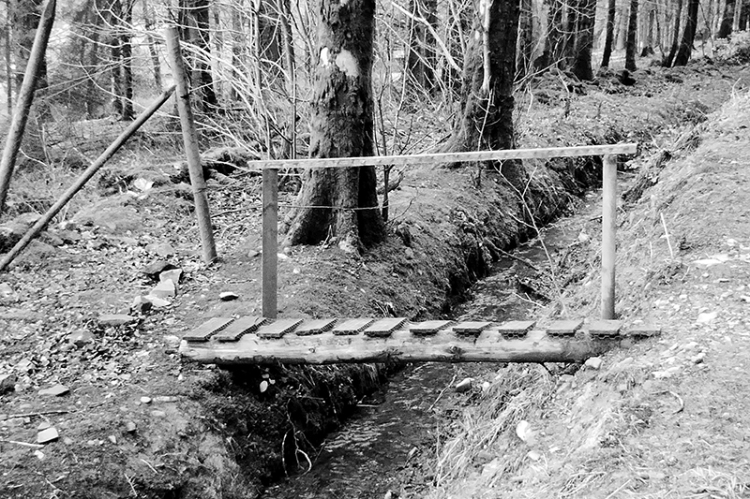 …so I took a rather grey picture to go with  it.

We thought that we would look to see if there were any snowdrops at Holmhead. 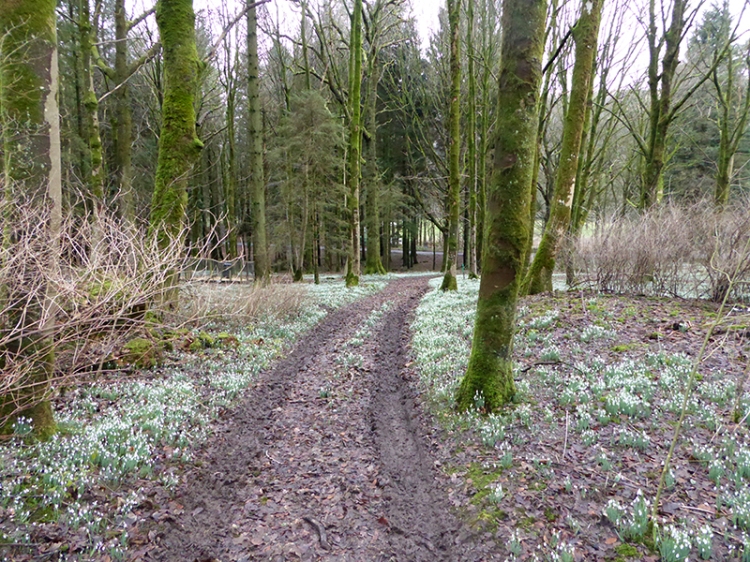 We were still pressing buttons on the camera and we found a handy setting which will pick out a single colour from a scene. 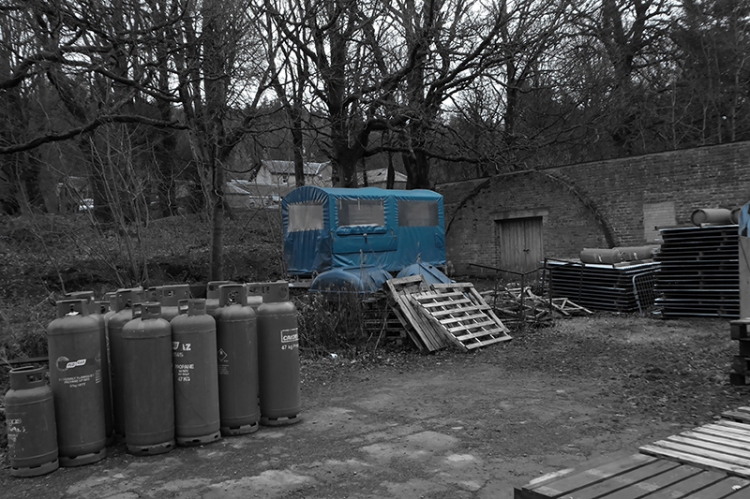 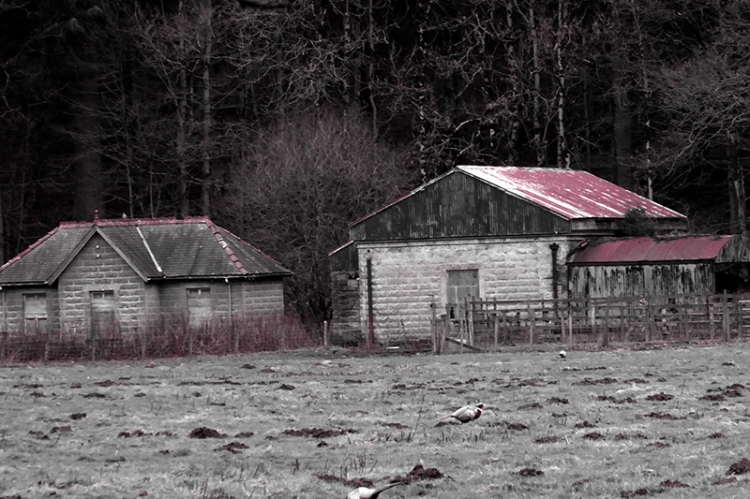 …but she kept remarkably calm.

In the evening I went out to the first meeting of 2107 for our Langholm Choir, ‘Langholm Sings’.   We had a good practice, which started with some familiar music just to get us in the groove.  I noticed a few familiar mistakes were still in the groove too.  We ended the practice with a couple of new pieces and these were very enjoyable so the new season looks promising.

The flying bird of the day is a female chaffinch looking for a male to give her some space.

37 thoughts on “Messing about with the buttons”