Today’s guest picture comes from my Somerset correspondent, Venetia, who went to watch a murmuration of starlings recently.  You can see more pictures  of her visit on her blog. 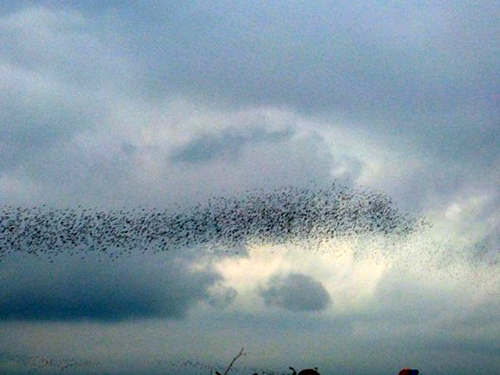 I too went to look at some birds today with Mrs Tootlepedal.  It was a glorious morning and it was no hardship at all to take my turn as a fill-in feeder filler at the Moorland Feeders.  While I sat in the bird hide, camera at the ready, Mrs Tootlepedal sat in the car outside, binoculars in hand, scanning the sky for raptors.  Her view…

…was better than mine but I had more birds to watch.  She saw a single buzzard while I watched siskins…. 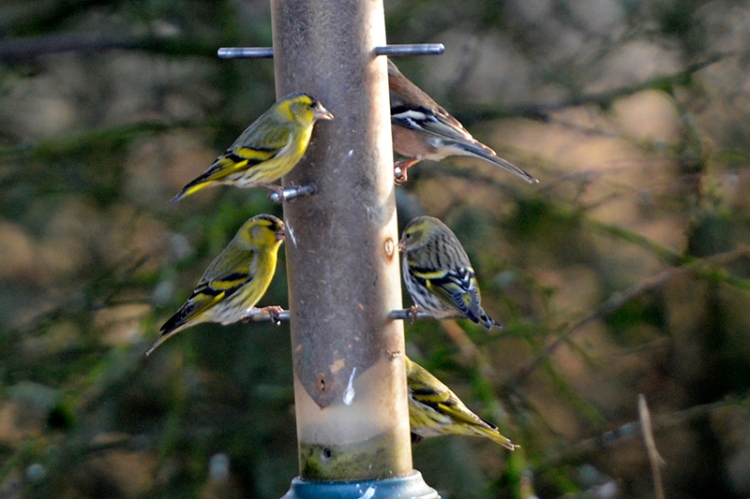 …and a greater spotted woodpecker flitting from tree to feeder.

I stopped the car on the way home to take a picture of the  road beside the river just because it felt so cheerful.

It was a good day for cycling as the wind had moved round a bit so it was warmer and it was also a lot lest gusty than it has been lately.  I should have got out straight away when we got home because the forecast suggested that the sun might fade as the day went on but with characteristic feebleness, I footered around for the best part of an hour before finally getting going.

I took some pictures out of the kitchen window while I wasted time.

It was still sunny when I set out but the sun disappeared on cue about half way round and I even had to put up with some light rain as I got near home but I only had myself to blame for this.

Because of the lighter winds, I took to the open country and went over Callister and then followed the route of the Kirtle Water from Falford down to the coast for fifteen miles.

I crossed the stream four times on my journey but didn’t stop to take pictures of all the bridges.  I followed a little road which I don’t usually take at one point and after plunging under the main railway line via a  surprisingly modest bridge…

…I did stop to take the much more impressive bridge over the water at the bottom of the hill.

The view from the bridge showed a fine tower looking down over the little valley.

The Kirtle Water is not short of bridges and near Rigg there are four within a hundred metres.

I stood on this very functional one…

…to get a shot of the next two downstream, the Dumfries railway line bridge and the new road bridge just beyond it. 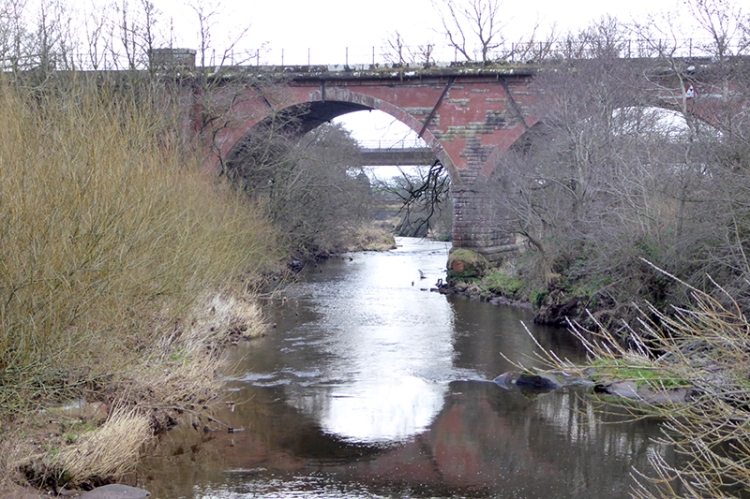 I only had to go a few metres further to find the bridge over the old road.

Not long afterwards, I crossed the water for the last time.  The final bridge before the Kirtle Water meets the wine dark sea (sadly it actually joins the estuary of the river Esk rather than the sea) is a bit of a disappointment stylistically…

…but at least it meant that I was now on my way home with the wind behind me at last.  In spite of the rain over the last few miles, I enjoyed my 41 mile ride, though I would have been happier if I could have gone a little faster.

That, as they say, concluded the business for the day, though I did have enough energy to co-cook a cauliflower curry for tea with Mrs Tootlepedal.  Mostly though, I relaxed in a genteel sort of way with hardly any moaning.

The flying bird of the day was a female chaffinch which I just got into a frame and no more.  A male was so surprised that he dropped his seed.

The flowers of the day are the luxuriant snowdrops along the back path. 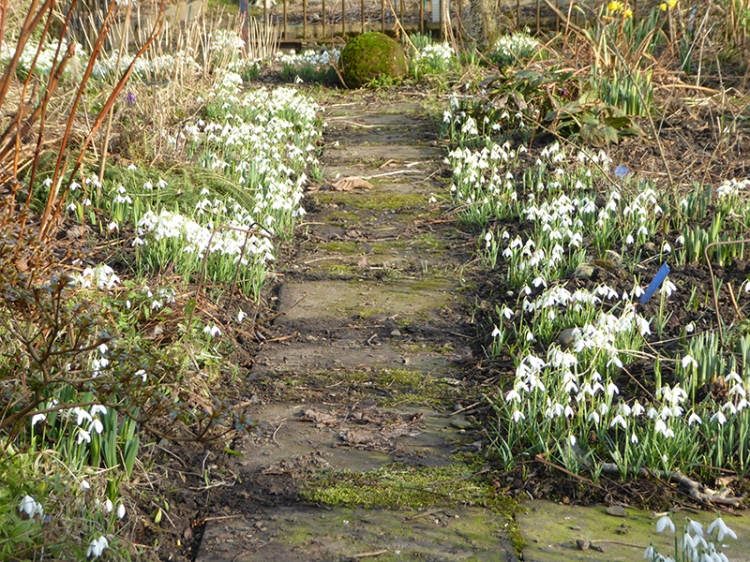 While I was cycling this afternoon, Mrs Tootlepedal was splitting up some of the bigger clumps and spreading snowdrops round the garden.

26 thoughts on “Birds and bridges”