Today’s guest picture was taken by Mike Tinker when he was visiting a zoo in New Zealand.  Neither Mrs Tinker nor Mrs Tootlepedal are flattered in any way.

The day started very grey and drizzly and I was more than happy to spend some of the morning sampling Dropscone’s scones with a bit of Cumbrian honey to add flavour while we drank a cup of coffee or two.

Before he arrived, I had started the day by going up to the Day Centre after breakfast to collect the key for the camera club meeting in the evening.  This required the use of an umbrella and I was surprised when I got back to find that there was enough light to see a bird or two approaching the feeder.

It was breezy enough to slow down even the siskins as they came in to land which made my job a little easier.

The rain sometimes came with a bit more force but it didn’t discourage the birds today.

The day began to brighten up a little after coffee and I arranged with Sandy to go for an excursion in the afternoon.  In the meantime, I cycled round to the shop for some supplies and on my way back I saw this touching scene on our neighbour’s fence.

It stayed dry so I was able to wander round the garden, where in spite of the morning rain, there were definite signs of longer days and warmer weather to be seen. 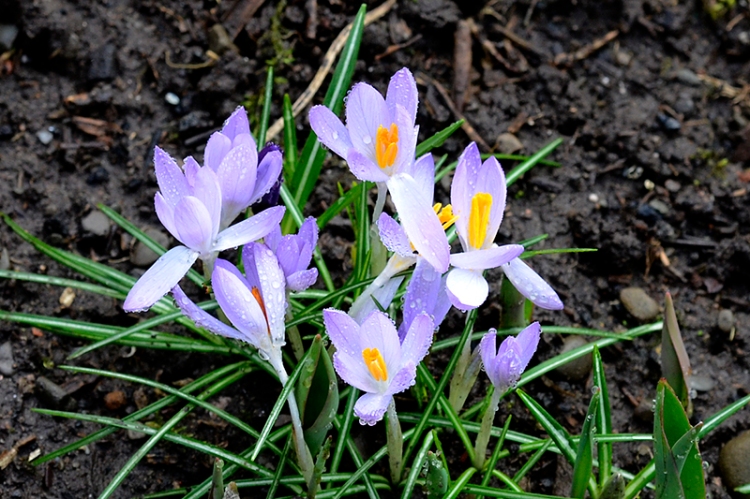 I was just daydreaming on the subject of rhubarb crumble when my train of thought was disrupted by loud sounds from the pond.  It was alive with frogs….

…. literally heaving with them. 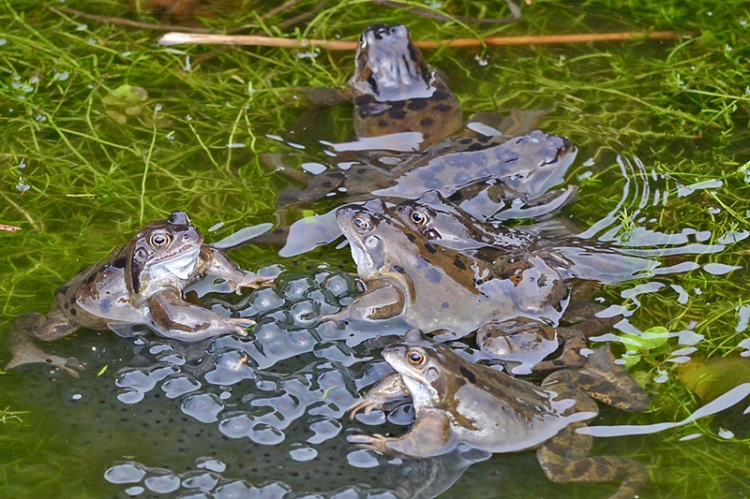 I counted fifteen frogs in our small pond.  It is an annual source of wonder to me that so many frogs return to our pond at the same time as each other.

Now we just have to hope that we don’t get a hard frost to undo all their hard work.

Sandy duly appeared after lunch and we decided to go up to the Laverock Hide at the Moorland Feeders to see what was going about there.

The sun came out while we there and although there was a strong enough wind blowing to make me very glad that I wasn’t out on my bike, the birds weren’t discouraged and we were treated to a constant stream of visitors to the feeders.  The hide itself was quite busy too and five other people came in and out while we were there.

Between the frogs in the morning and the birds in the afternoon, I managed to take far too many pictures and had a struggle to look through them all later on.  These are just a few from the hide.

I always enjoy watching the greater spotted woodpeckers tuck into the peanuts.  They show great concentration on the task in claw.

Siskins on the other hand, are often distracted by squabbling.

Some less frequent visitors were to be seen…a couple of greenfinches…. 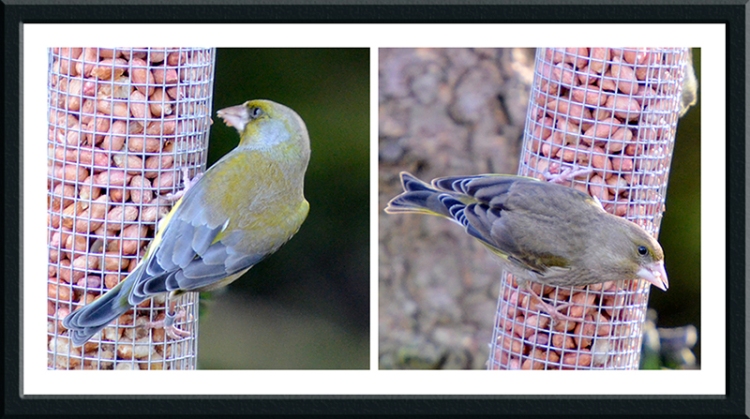 …and a lone brambling.

The largest number of birds on the feeders was made up by coal, blue and great tits which swarmed over the feeders in waves.

One old friend gave me a sideways look.

We left the hide and went down to the river at Hagg-on-Esk to see if there were any waterside birds to be seen but we were disappointed and came away with only a few river views for our trouble.

…but it came out again as we walked back down.

When we got back to Langholm, Sandy went off to do some decorating and I settled down to practise a song or two for next Sunday’s competition.  Mrs Tootlepedal joined in and we made a merry noise.

In the evening, I met Sandy again at the Camera Club meeting.  Thanks to business commitments, illness and holidays, we had a reduced attendance but once again there were a lot of interesting images to admire.  Our two new members are keen on something a bit different and we have been challenged by them to produce a black and white image of a flower for next month’s meeting, preferably without using any of the automatic features on our cameras.

By chance I took this shot today while I was out in the garden.  It was nearly in black and white…

…but I will have to try to do a bit better to meet the challenge.

The flying bird of the day brings back back memories of a miserable morning after a very pleasant afternoon and evening as far as the weather went.. 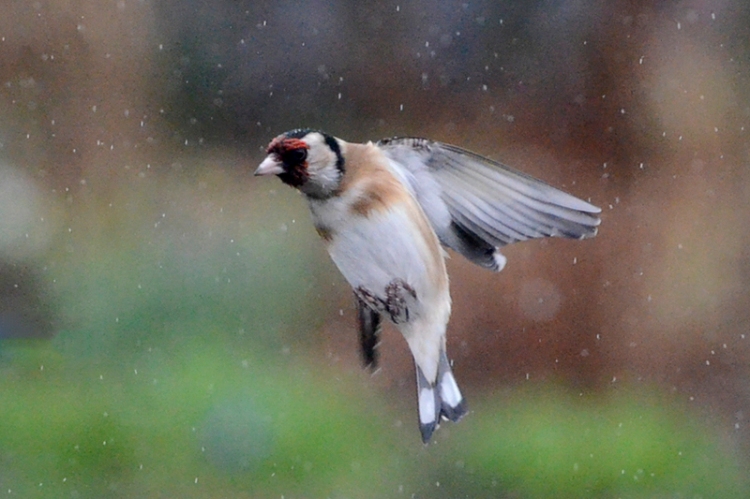