Today’s guest picture is another of our daughter Annie’s London scenes. This shows the former St Stephen’s Tower, now properly called the Elizabeth Tower, which houses the great bell, Big Ben.  You usually just look at the clock while passing and ignore all the amazingly intricate work on the tower itself.

We had a very pleasantly warm and sunny day today but from a cycling point of view, the thirty plus mile an hour winds were a definite disincentive so I was very happy to have a cup of coffee and some scones with Dropscone in the morning and a five mile walk with Sandy in the afternoon.

Dropscone had a busy day of golf ahead of him and was hoping that a recent lesson would be of use. I shall be interested to find out whether playing in high winds while trying to keep your tempo nice and slow is possible.

When Dropscone left, I had a walk round the garden. A couple of fine days have perked things up…

…and brought out more daffodils… 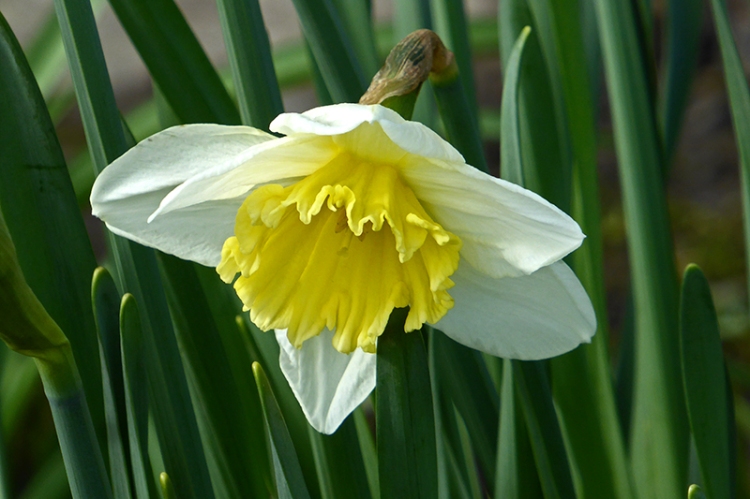 …as well as helping the tadpoles on.

The leeks are lasting well and I dug one up to make some leek, potato and carrot soup for lunch. I was thoroughly entertained by the birds while the soup was cooking but as I have posted a lot of bird pictures recently and there were no new visitors today, I took no pictures.

After lunch, I walked up to meet Sandy at the end of his road and then we walked to Potholm along the road and came back through the woods along the Longfauld.

The road to Potholm has walls and where there are walls, there is moss and lichen…

…lots and lots of lichens.

We had chosen our route so that while we walked along the open road, the strong wind would be behind us and this was very successful. It was a pleasure to out walking in the sunshine.

We passed a rather depressed tree..

….the first lambs of the year…

…and then stopped at Potholm Bridge to take a picture or two.

Potholm bridge has a young head on old shoulders. 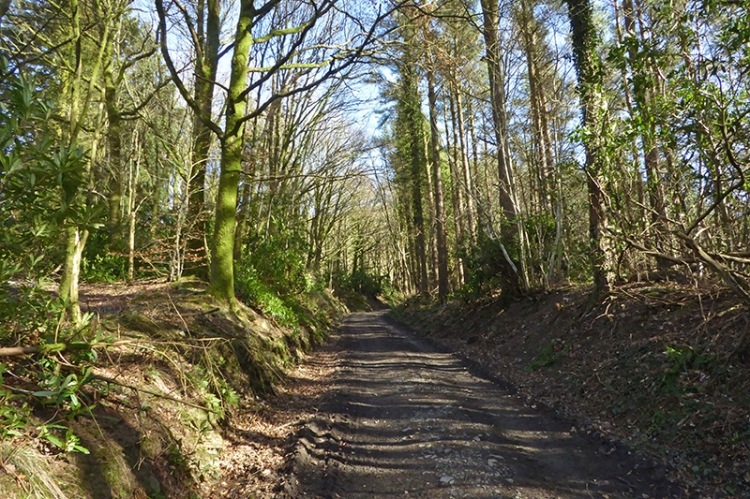 …until we came to the track back down to Langholm.

Our plan was to keep sheltered from the wind as we passed through the woods on our way back and this too worked well for the most part.

The woods were looking lovely…

…but there had been quite a lot of felling at one point and we felt the full force of the wind as we passed the piles of logs beside the road.

The felling had two benefits though. It gave me a clear view of a very impressive triple decker bridge under the track…

….and another clear view back up the valley towards Potholm.  We had walked along the road beside the wall past the cottage on our way out. 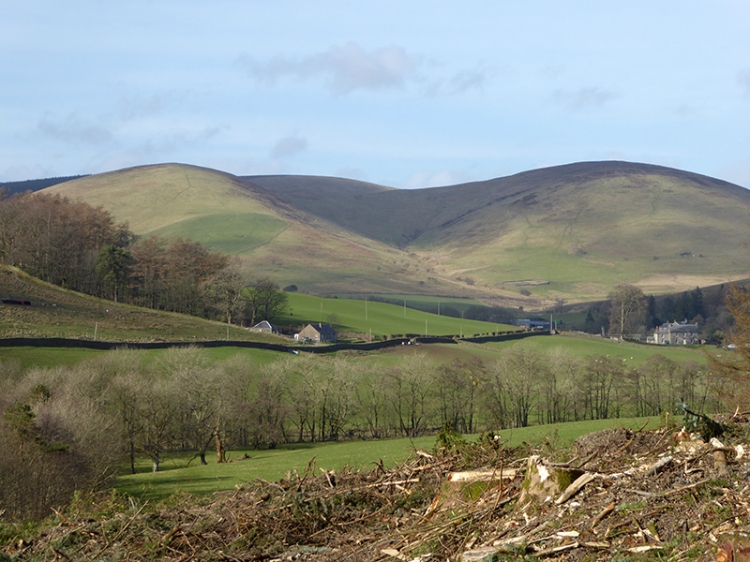 We counted the rings on the felled tree and it looked as though they were thirty years old. This means that we must have been there when they were planted but I can’t remember them when they were young at all.

Passing Holmhead, we got a last glimpse of the extensive snowdrops before they finally disappear. It has been a very good year for them

We crossed the Jubilee Bridge and then our ways parted as Sandy went his way and I went mine.

When I arrived home, I got out the light push mower and mowed the grass outside the greenhouse and on the drying green. The start of the lawn care season is a significant moment in the turning of the year.

I spent a little time watching the birds. The siskins had moved on and chaffinches were most in evidence.

The walk had been most enjoyable but I was a little tired after it so I was happy to let the rest of the afternoon drift imperceptibly into the evening. Because of the internet problems I had already uploaded two posts this morning so I needed a bit of a rest before attacking my computer again. The internet connection seems to be fully restored which is a relief though I have had no communication from my suppliers intimating that they might be a bit sorry about the whole thing. I can dream.

There is a smiling frog of the day..

…and a cheery chaffinch too as FbotD 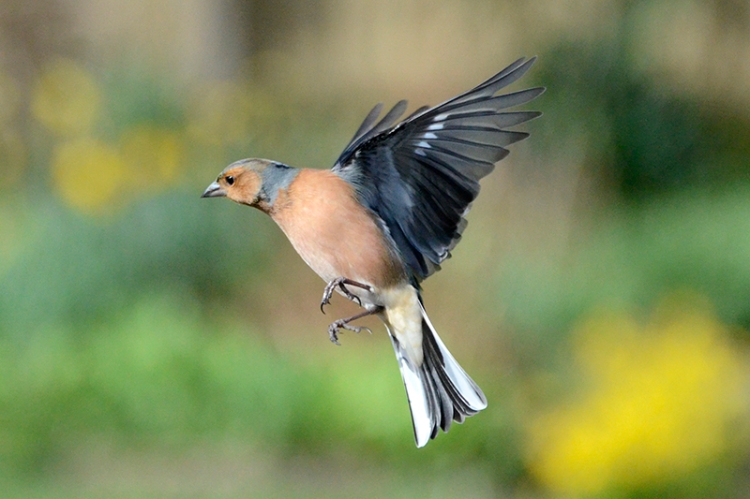 30 thoughts on “A long and windy road”