After yesterday’s railway bridge over the new Borders Railway, Dropscone’s guest picture of the day shows the shiny new railway itself as seen from the bridge.

It was another fine day today but it was quite crisp in the early morning so I was happy to arrange to have  a cup of coffee with Sandy rather than have to wrap up in many layers and go for a pedal.

While I was waiting, I went to the shop and on my way back, I noticed that the aubretia that overhangs the dam at the back of the house was looking good…

….but I was surprised to see that the potentilla beside it had an additional feature… 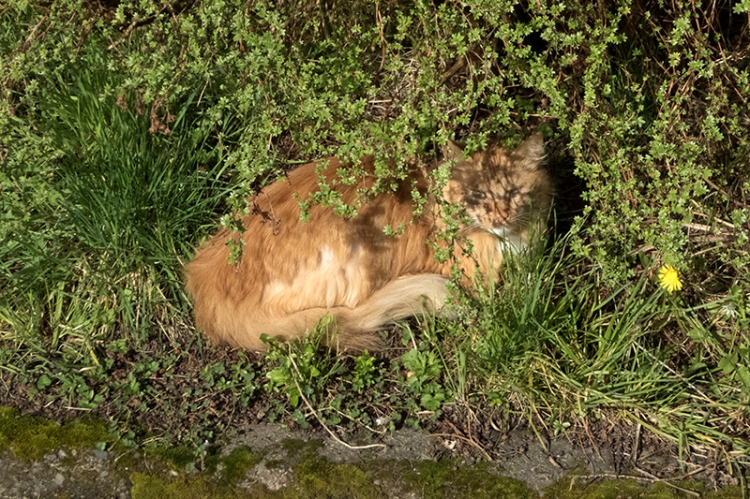 …but at least it wasn’t chasing birds in the garden.

I am finding it very hard at the moment to pass the magnolia at the front gate without my shutter finger twitching.

The very first plum blossom is out. 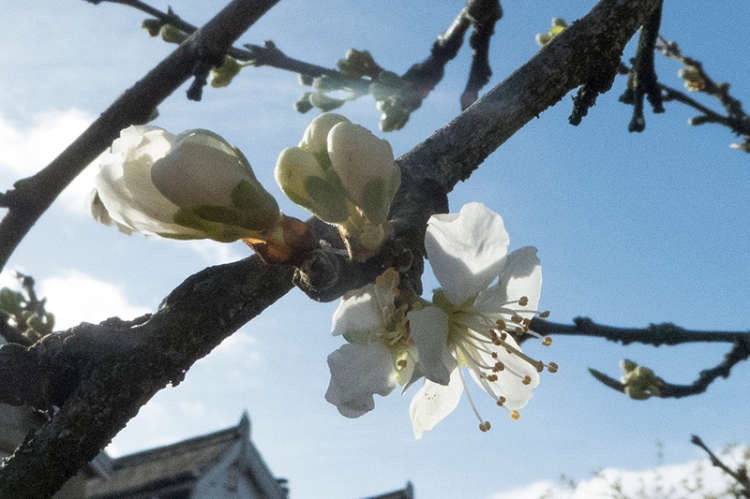 Sandy arrived and we were joined by our fellow archivist Nancy.  She came round not only for the pleasure of our charming and sophisticated company but also to get a fiver from each of us as we had sponsored her on a recent charity walk.  She raised £100 for the Archive Group so we were very happy to put in our contributions.

After coffee, it had warmed up a bit and in spite of a cool wind, I might have gone for a pedal but Sandy and I went for a walk instead.  He had been asked to provide some shots of efforts to enhance the natural beauty of the town so we focused on daffodils.

We went to see the daffs at Pool Corner first….

…and while we were there, we checked to see if the slow worms had been attracted by the warmth of the sun.  They had.

Pool Corner itself, being well sheltered from the wind, was looking very peaceful.

Our next stop was the stretch of daffodils along the Wauchope at Caroline Street.

Then we walked along the grassy bank beside the Esk.

As well as more daffodils…. 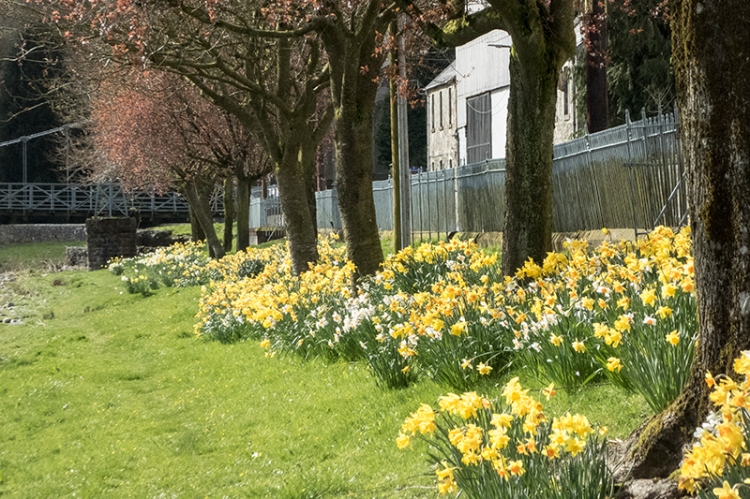 …there were more delicate wild flowers…

…and a wagtail to see as well. 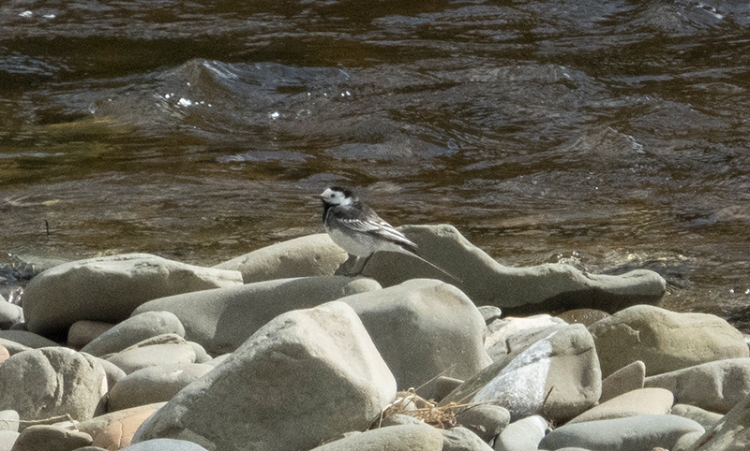 Our next stop was the Kilngreen where we met a very grey duck….

….though if we could have seen them, it would probably have had red feet like this other duck nearby…. 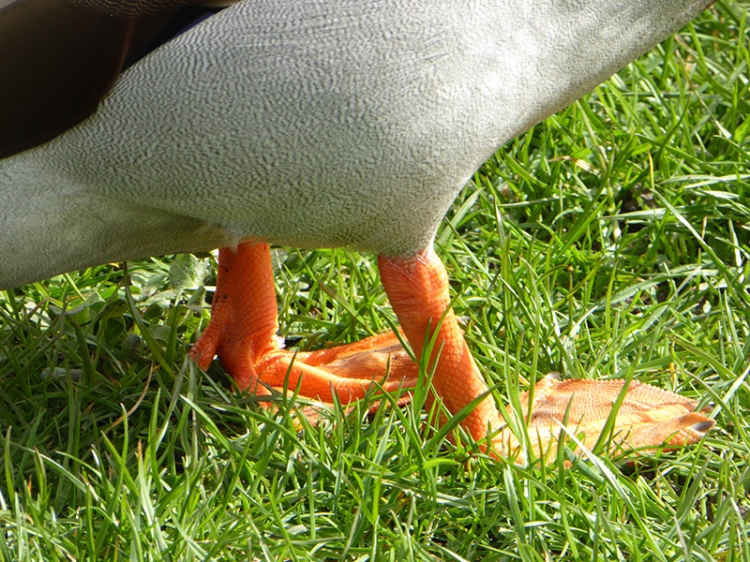 …and then we admired more daffodils leading up to the Sawmill Bridge.

A dedicated band of volunteers have made great efforts over the years to make the town seem welcoming to visitors and residents alike.

A fine rock garden has been created at Clinthead.

We had nutchtaches at the back of our minds so we walked along the path round the Castleholm, stopping once or twice….

..or even three times, when things caught our eye.

We didn’t see the nuthatches but as we didn’t wait very long, this was not too surprising.  The call of lunch drove us home.

After lunch, I once again consider a pedal but the call of the front lawn demanded to be answered first…

…and when I had done that and sieved a little compost too, all thoughts of cycling were subordinated to the pressing need for a cup of tea and a sit down.  Mowing a very mossy lawn with a push mower is hard work.

…mixed in with a bit of bird staring.

The evenings are drawing out now and there was still plenty of time for a pedal in the early evening but by now, not cycling had become an ingrained habit and I didn’t cycle yet again.

It doesn’t need much of a chilly north westerly breeze to make me find other things to do these days.  I will try to be a bit more courageous tomorrow.

The flying bird of the day is a siskin. 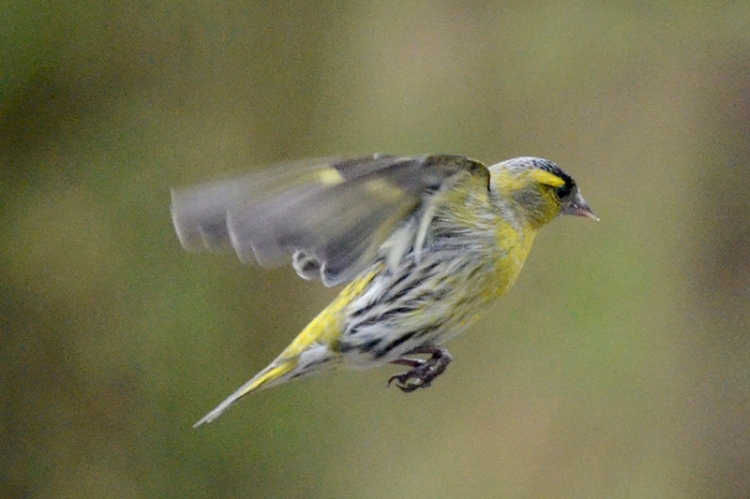 25 thoughts on “Not going cycling”