Today’s guest picture comes from Gavin in America.  He says that he has never been so close to a deer before. 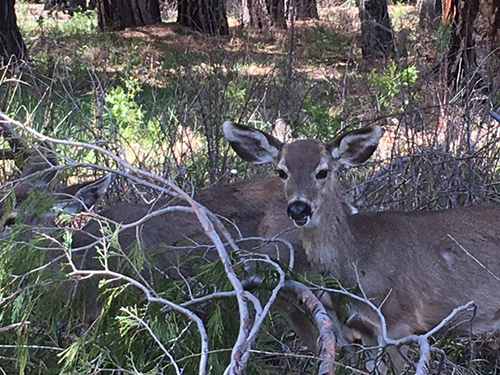 Our spell of dry and windy weather continued today, with the wind even stronger than yesterday so that it felt decidedly chilly when the sun wasn’t out.

I started the day off with a visit to the Moorland Feeders with Mrs Tootlepedal.  My plan was to fill the feeders (the usual fillers are on holiday) and then leave Mrs Tootlepedal to scan the skies for raptors while I sat in the hide and took interesting bird pictures.

The plan would have worked well if the hide hadn’t already been filled to bursting with eager schoolchildren having holiday fun with the Moorland Project staff.  I filled the feeders and we drove back through the town and up onto the hill to see if we could see harriers and goats instead.

The hill looked and felt a little bleak as I stood at 1000ft on the county boundary in a whistling wind. 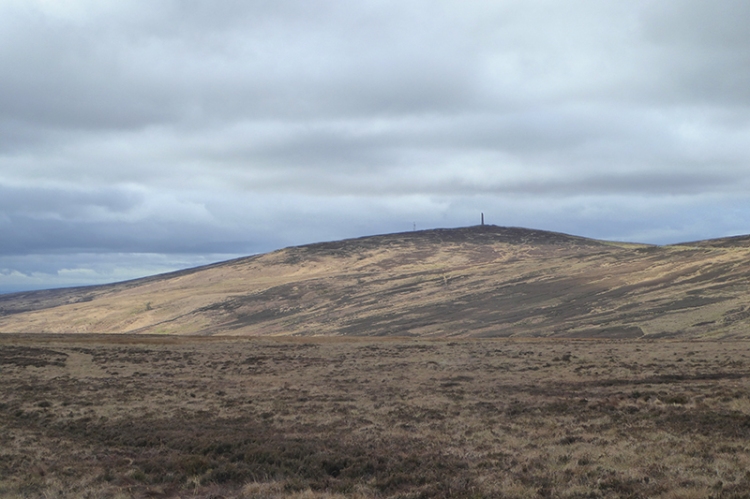 …but it was more cheerful when the sun came out as we drove back from the summit.

We did see a harrier and a buzzard but they were both too far away to photograph.  We also saw a small flock of goats quite far away on the open hill….

…but they were not the group with kids that we had seen before.

…and I got a hard stare for my impertinence in taking pictures of them.

There were a couple of serious bird watchers looking down the valley so we paused for a while to see if we could see what they were looking at but when we had realised that they weren’t seeing anything at the moment, we left them to it and went home, stopping for a look up the Ewes Valley on our way.

We had a cup of coffee and then Mrs Tootlepedal settled down to some serious gardening while I pottered about doing some dead heading and taking pictures. Things come and go….

…and some things keep going.

The birds were as busy as ever.

In spite of the warm afternoon sun, it was far too windy to contemplate a cycle ride and I got in touch with Sandy and arranged a walk.

While I waited for the appointed time to arrive, I looked at the magnolia… 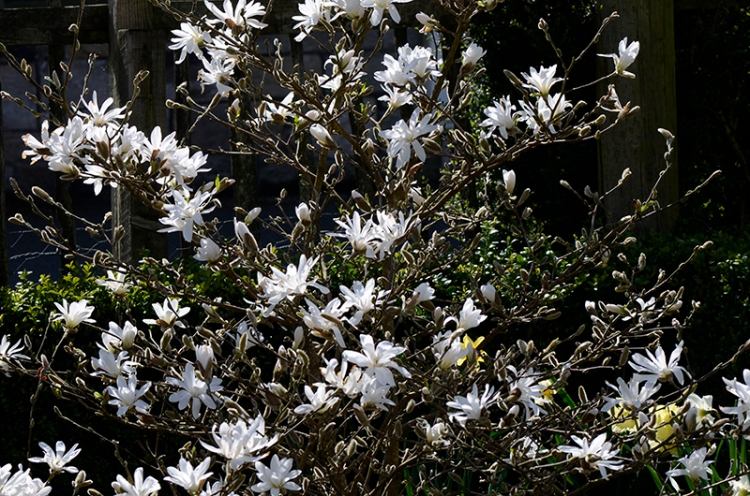 …and came face to face with a rather odd looking chaffinch perched on one of the box balls.

Sandy arrived and we went off to the Kilngreen and the Castleholm.  Our aim was to see wagtails, dippers and nuthatches and we saw them all but as, with the visit to the moor earlier in the day, the photo opportunities were very limited.

The wagtails and the dippers were generally moving too much or a bit too far away for good pictures.

Growing things were easier to catch.

The gardens at Clinthead stayed very still for a portrait.  They are looking very fine at the moment.

And laurel flowers on the bridge let me get very close. 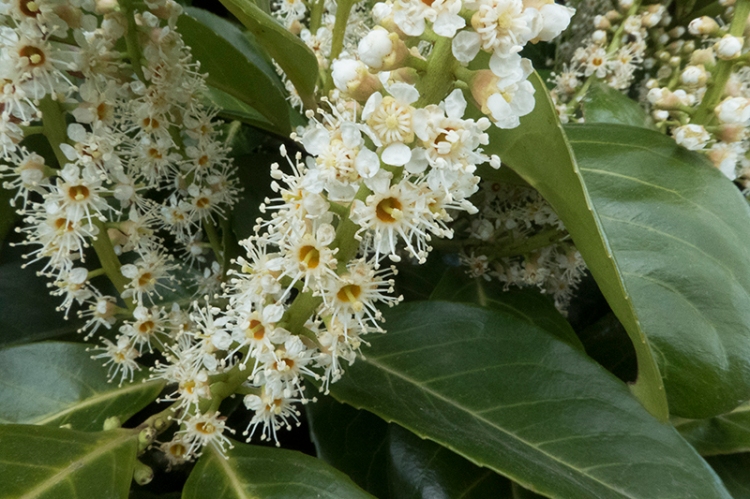 Trees are looking more springlike by the day… 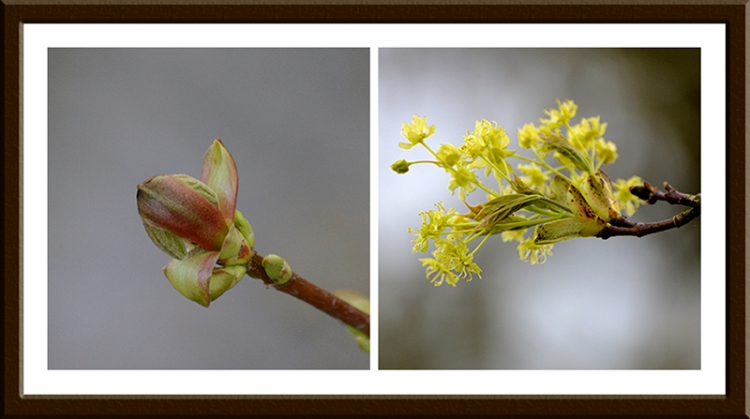 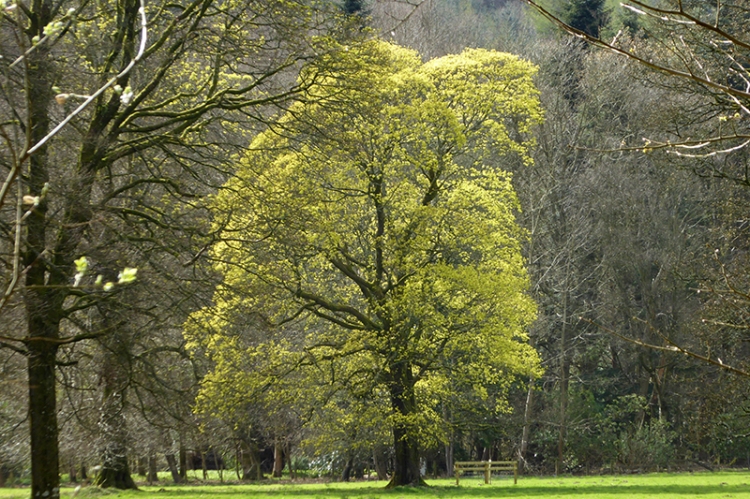 …and there was even a small clump of bluebells in the wood beside the Lodge Walks. 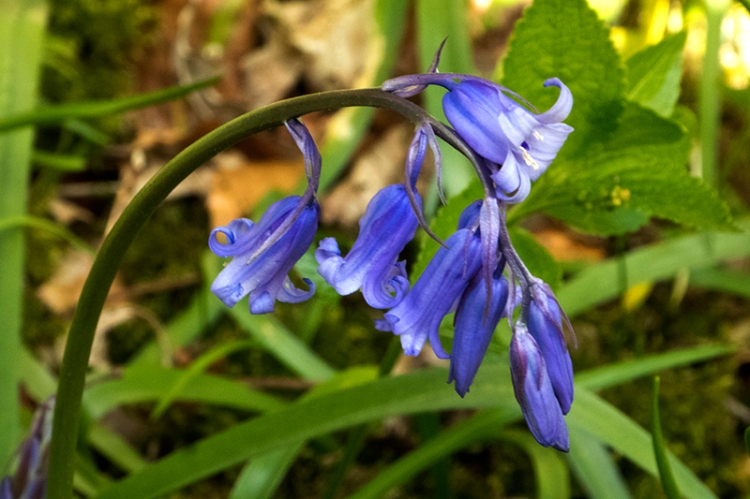 We stopped to have a good look at the nuthatches at the Jubilee bridge but in spite of hearing a lot of rather strident calling going on, we didn’t see much at first.  One appeared for a moment but the reason for all the noise became apparent when we finally saw two nuthatches on two trees shouting at each other  from a range of about five yards.  The shouting got louder and finally three nuthatches whizzed past us as they chased each other round the tree at high speed.  One broke off and sat for moment on a twig near us…

…in a highly indignant state.  I just had time to click the shutter once before it rushed off up a tree where it was able to express some even higher dudgeon.

All this activity was great to watch and to listen to but it didn’t give us much opportunity for taking pictures as the combatants were mostly high up among the branches. 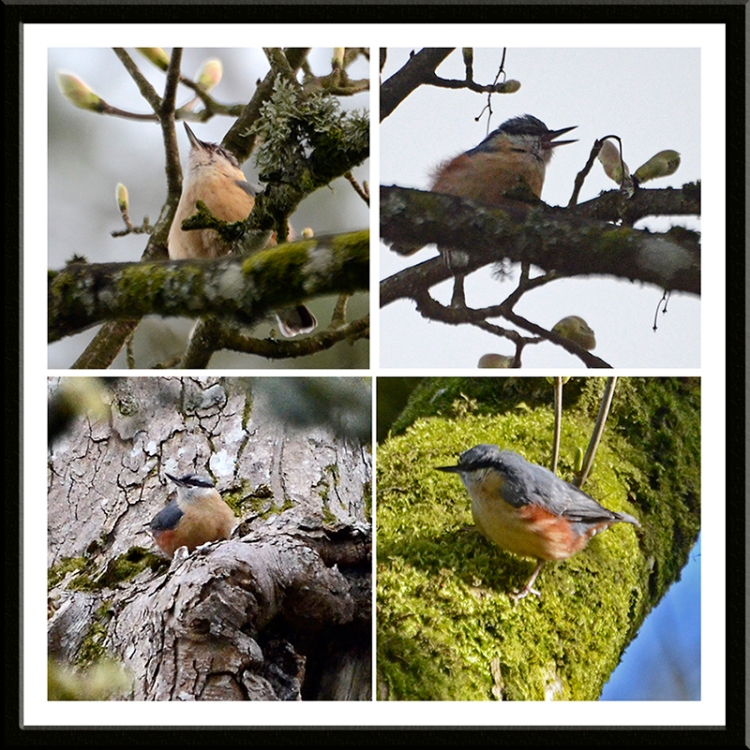 It is not clear what was going on.  Was it two couples both wanting the same nest site or was it a competition between two males for a single female?  We definitely saw three nuthatches at the same time but there might well have been another judging from all the noise.  Another visit will be needed to see how it turns out.

There are days when I only see three interesting things and get good pictures of them all and there are days like today when I saw a mass of interesting wildlife and didn’t get one very satisfactory picture.  Still, it was fun trying.