Today’s guest picture comes from my son Tony.  While I was playing recorders in Denholm last Saturday, he was watching a cycle event passing by further up the borders. 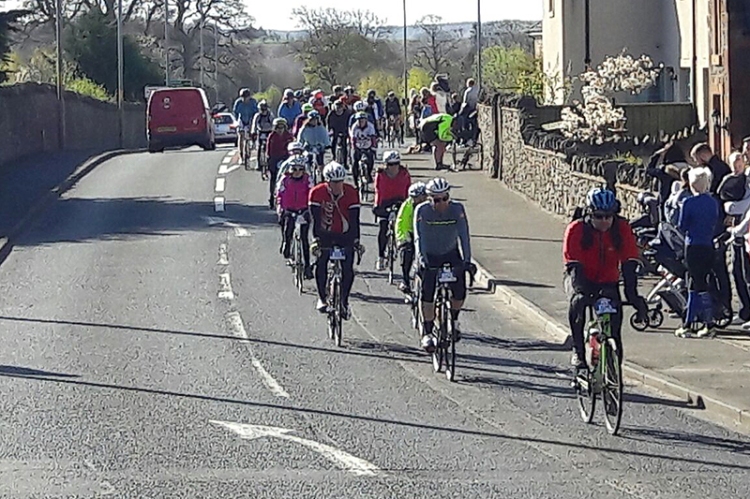 It was another dry day today, although it seems to have rained later on when we were in Edinburgh.

After breakfast, I went for a look at the new anemone to see how it was doing. 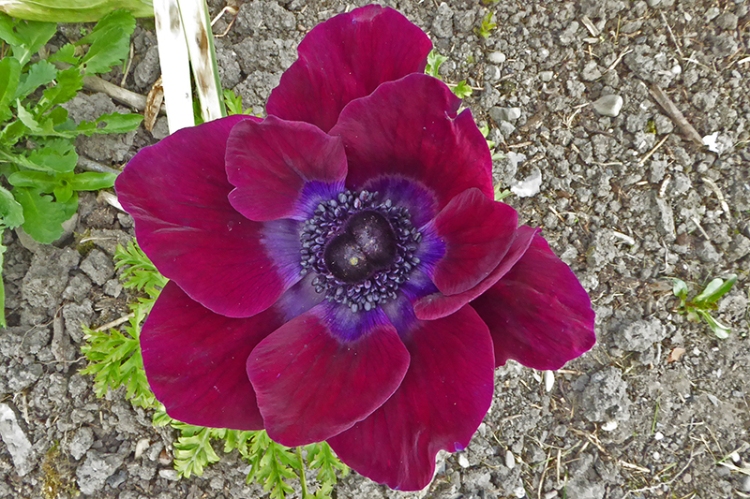 I think it is probably the prettiest flower that we have in the garden all year.  The colours are so rich that it is hard to beat.

While I was out, I saw that I am not the only one interested in euphorbias. 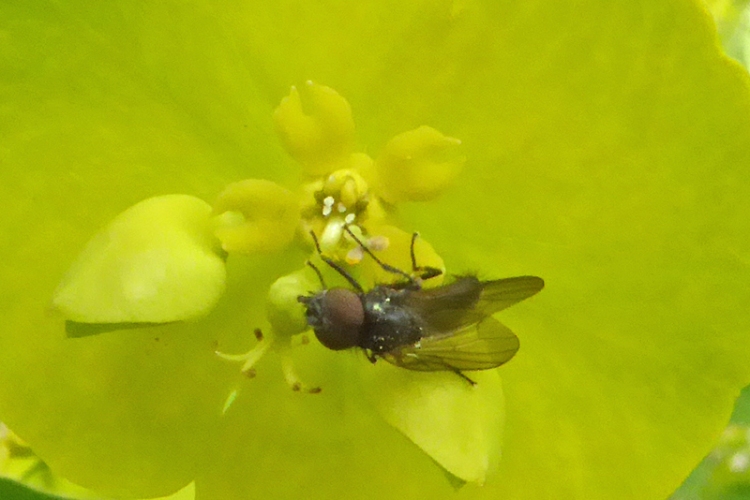 Every flower had a friend…. 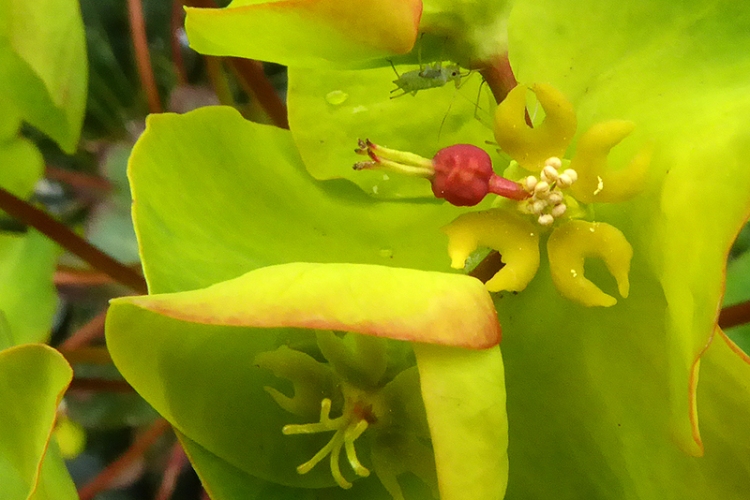 I have said it before and I will say it again, they are the most extraordinary plants, obviously designed by a committee which wanted to get everything in.

It felt quite warm and the wind seemed light in the garden so I set out for a short cycle ride in good spirits.  The warmth was real but the calmness was an illusion and as soon as I got out of the shelter of the town, i found myself battling into a brisk wind as I pedalled the ten miles or so out to Paddockhole.

On the this occasion the wind didn’t play any silly tricks so at least I was given a good helping hand on the return journey.   My daughter Annie has sent me some Colombian guava energy bars and I gave one a try today.  It was very tasty but my legs didn’t seem particularly grateful.  The wind might have had something to do with that so I will give them another try,  They taste better than standard energy gels so that is in their favour.

When I got back, Mrs Tootlepedal was working in the garden and I had a look round too.

A blackbird sat on the silver pear and sang a challenge to all comers…. 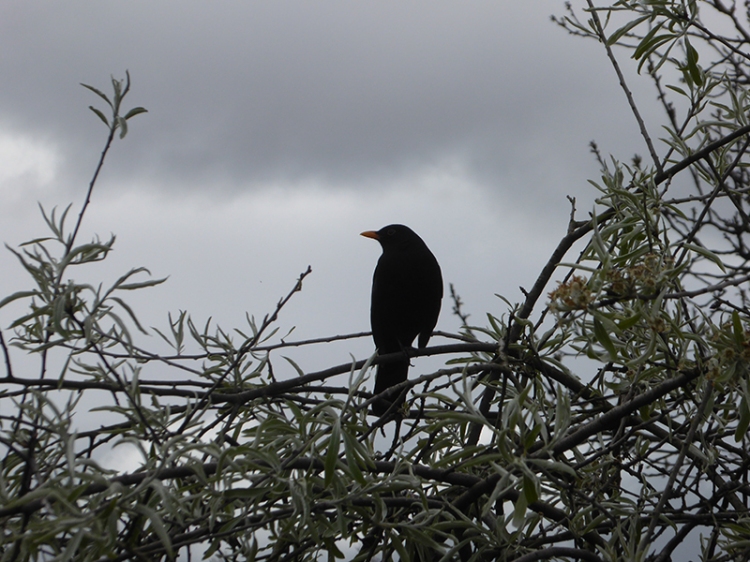 The jackdaws made a mess of my lawn again yesterday, almost as soon as I had finished mowing it…

…so it was looking a bit part worn today.  They may save me the trouble of scarifying it if they go on like this.

I didn’t have a lot of time to look at birds but I took a shot or two after I had had my shower….

…and then it was time to head to Lockerbie to catch the train to Edinburgh to visit Matilda and her parents.

The train trip was very pleasant in the sunshine and we were much struck by the brilliance of this field of rape near Edinburgh. 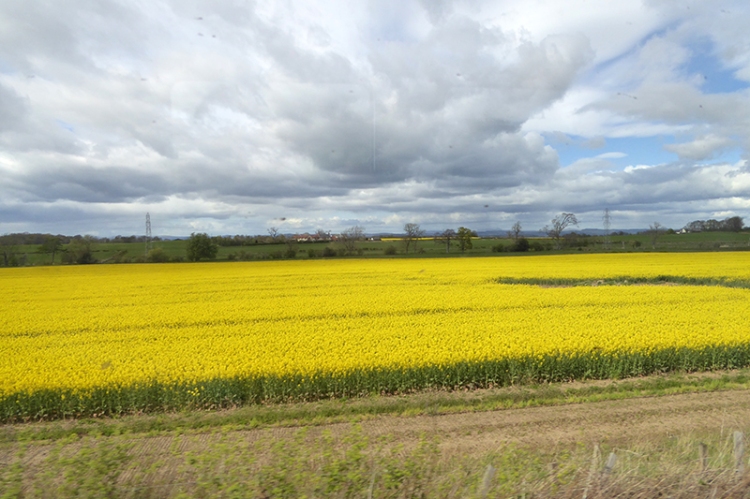 Matilda and her parents were in good form and we spent some happy hours playing games, only interrupted by a trip to the shops.

I was just taking a sober picture of Mrs Tootlepedal and Matilda going down the steps from the house…. 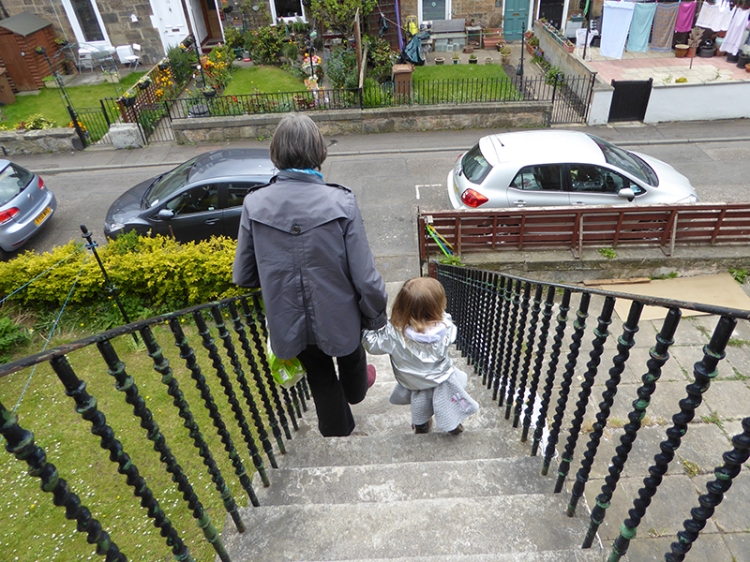 …when there was a regrettable outbreak of media awareness. 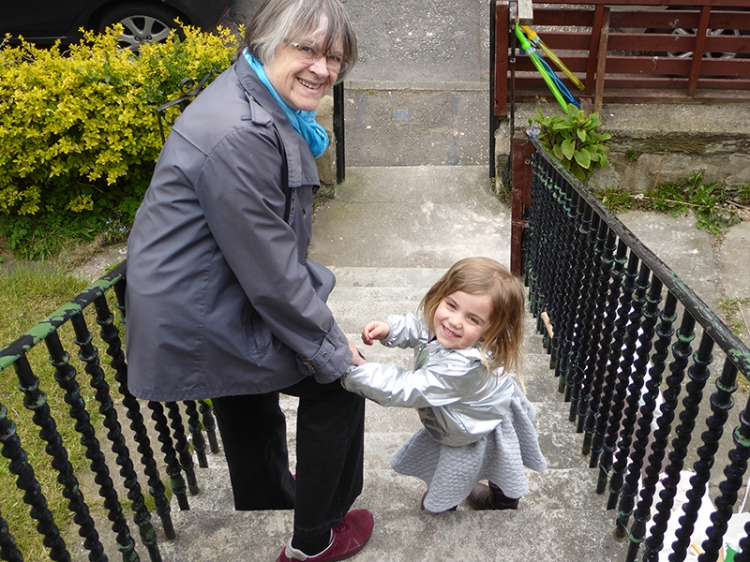 They were joined by Matilda’s mum, Clare and walked along to the shops to cries of… 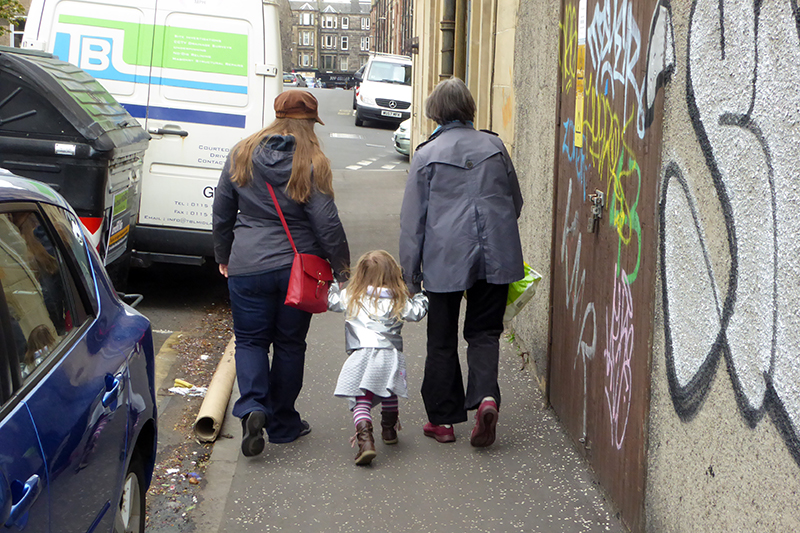 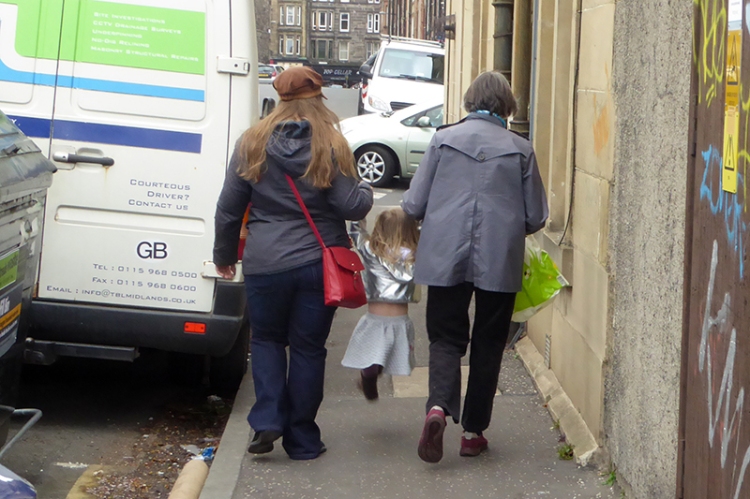 It was a very cheery outing.

The train journey home was uneventful and we were surprised to see that it had obviously rained at Lockerbie although we had had a clear, fine afternoon and evening in Edinburgh.

I managed to catch a flying chaffinch at lunchtime. 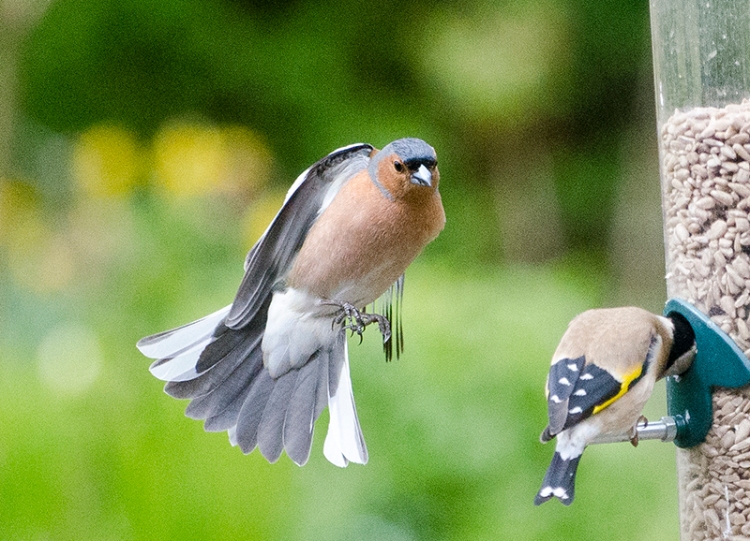 26 thoughts on “Another ray of sunshine”