Today’s guest picture comes from my brother Andrew who was visiting the Derby Silk Mill when he found that it was an absolutely windless day.

It was a pretty good day here today too and after I had made a lamb stew for the slow cooker, I went out to see the poppies.

Not a drop of rain to be seen on them!  Mrs Tootlepedal has got a very good variety of specimens from her packet of mixed seeds.

The bees were exceedingly happy… 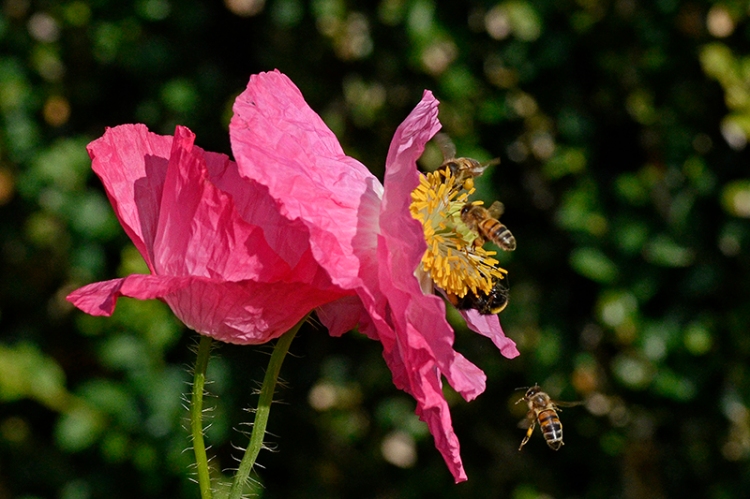 …and were lining up to visit this well stocked larder. 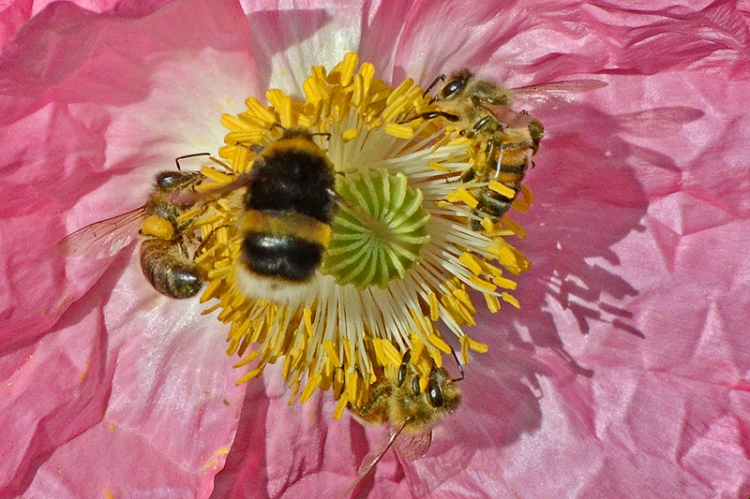 This poppy was just as beautiful but was less popular, having less to offer.

A late Fuchsia is waiting to deliver. 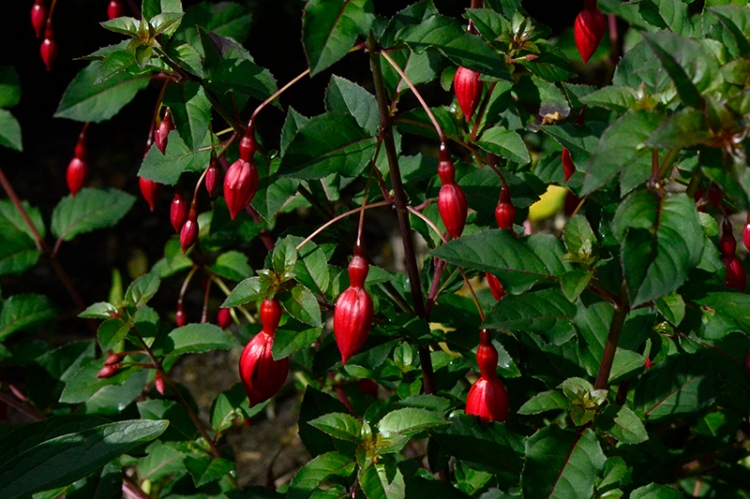 It was difficult to walk round the garden without being buffeted by white butterflies.  They were everywhere.

I went upsatirs to get my cycling gear on and when I looked out of the window, blackbirds were taking in the rays down below…

…in a rather anguished way.

I got on my bike fairly gingerly as I didn’t know how things would go but in spite of the odd twinge, I was able to pedal at a gentle pace without any great trouble.

John, the purveyor of all things useful from his corner shop, had suggested that I should look at an arboreal dog near Hagg-on-Esk so I did.

I have cycled past this spot many times without seeing the poodle in the trees before.

I chose a very flat route (650 ft of elevation in 27 miles) so I was able to turn my legs over gently without putting any pressure on my back and thanks to a gentle wind, I managed a reasonable speed.

I didn’t want to get off and on the bike more than necessary but it was such a nice day that I stopped for a few photo ops.

I took another look at the ‘poodle tree’ on my way back.

I got home in time for a late lunch.  I looked at a poppy before I went in.

I had made some more baps yesterday with the help of the breadmaker and they were just as good as the first lot.  I had one with lettuce and marmite for my meal.

After that, it was back out into the garden for an afternoon of useful, gently paced work.

I strimmed the clippings of the rambler rose which Attila the Gardener was attacking with her new secateurs, I mowed the green house grass, I sieved a couple of buckets of compost, I mowed the green house grass and I emptied the strimming receptacle into compost bin A twice.   In all, this was about half to three quarters of an hour’s work spread over three hours so it wasn’t quite the hard labour that it might seem.

Then I had a last walk round with a camera.

The evening sun was catching the poppies…

…but it caught this one the best, I thought. 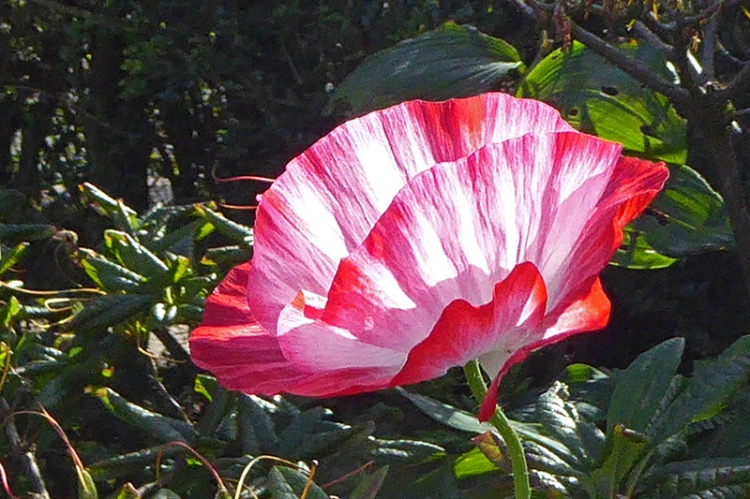 The lamb stew turned out very well after Mrs Tootlepedal had worked a little magic on some last minute flavouring.

The breadmaker makes dough for more baps than we can eat at one go so I had saved half the dough from yesterday and kept it in the fridge  over night.   I knocked it back and made another set today and we were pleasantly surprised at how well they turned out.  They went very well with the stew in place of potatoes.

Sadly, the very good weather of the day had clouded over by the time that I wrote this so our chance to watch the meteor shower had gone.  I did wake up at three o’clock last night when there was a clear sky but I couldn’t make myself get up and go out and just rolled over and went back to sleep.  I am sorry about that now.

Tomorrow, it says, it is going to rain all day so I am glad that I made good use of today.

No flying bird but I did catch a flying butterfly as it passed a nasturtium. 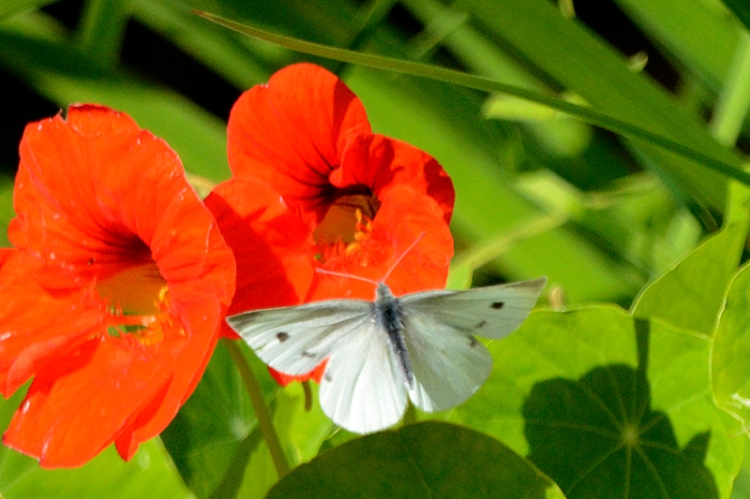