Today’s guest picture comes from Venetia, my Somerset correspondent.  She has ventured east lately and visited Nuffield House, the home of William Morris, the car manufacturer.  This radiator temperature gauge caught her eye. 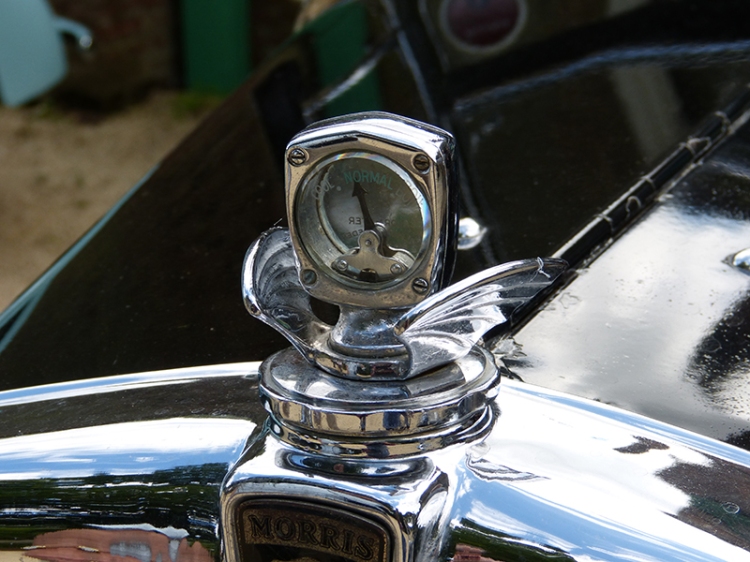 I note that one of the joys of modern life is not having to worry about your car radiator boiling  every time you come to a steep hill or you get stuck in a traffic jam on a hot day.  Not everything has taken a turn for the worse.

Our weather took a turn for the worse though and it was grey and windy all day. Every now and again, it started to drizzle as well.  I got up late for breakfast and finally got dressed just before midday, having had coffee with Mrs Tootlepedal and our neighbour Liz while I was still in my dressing gown.  Life in the slow lane.

I did go out into the garden just after noon and I had a look around.  I think that I have been a bit too disparaging about the dahlias.  They are trying their best and made a good show amidst the gloom today, both seen from a distance…

…and looked into closely. 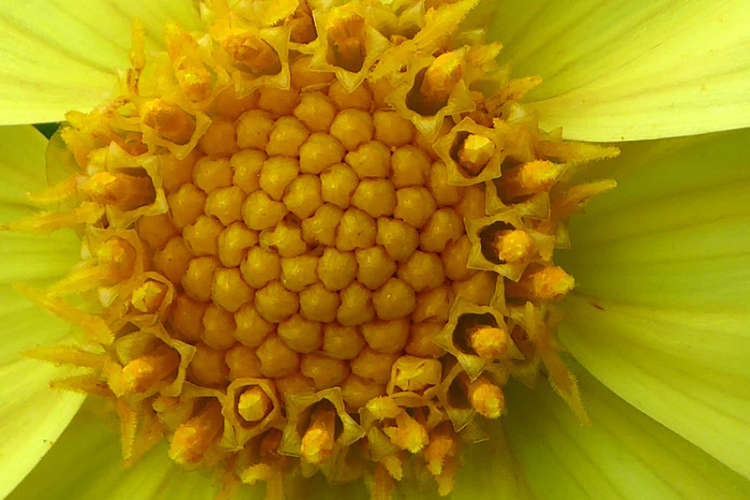 The poppies continue to flourish and although we dead head dozens each day, more keep coming. 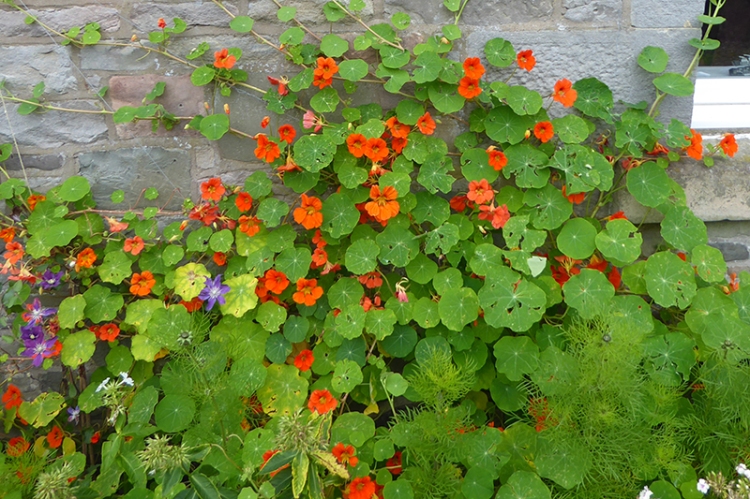 …but the cosmos are rather unhappy and are being very slow to come out.

Mrs Tootlepedal’s beans are recovering after a slow start….

…and we had some of both with our evening meal.

I went back inside for more sitting down.

Once indoors, I spent quite a lot of time grappling with an extra difficult prize crossword, though I might have saved some of that time if I had discovered that the enumeration for two of the clues was wrong which accounted for quite a lot of the difficulty as it  made the puzzle impossible to solve.

I finally realised that there must be a mistake, checked on the newspaper’s website and got the correct information which put me on the right track but even then it took some hard work and research to get the thing finished.  Who knew that there was a god called Xipe Chec?

Late in the afternoon, I finally got out into the garden in a useful way and mowed the middle lawn, shredded some rose cuttings and trimmed the second last of the box balls.

The drizzle looked as though it might hold off for a bit more so I went for a walk round Gaskell’s while Mrs Tootlepedal cooked the tea.

It was really far too gloomy to take pictures but naturally I took quite a few. 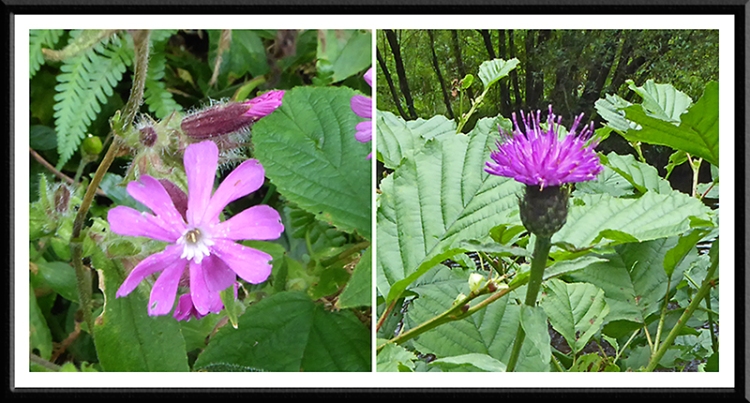 …and in places, the path can hardly be seen for the vegetation. 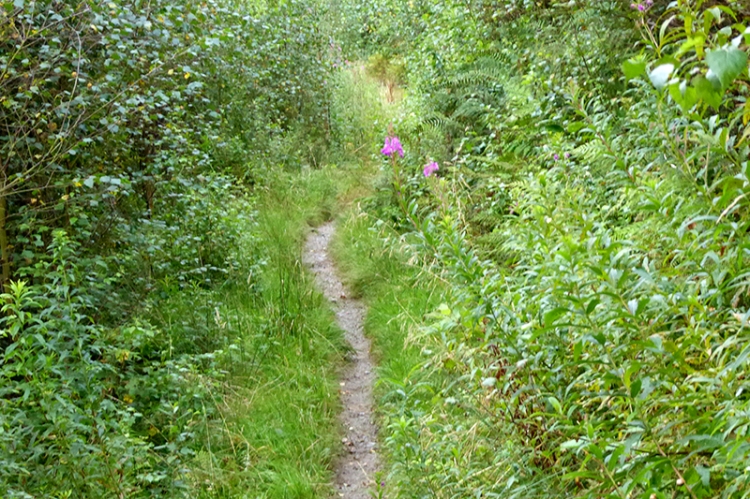 …and another plant further on which had got to the final stage. 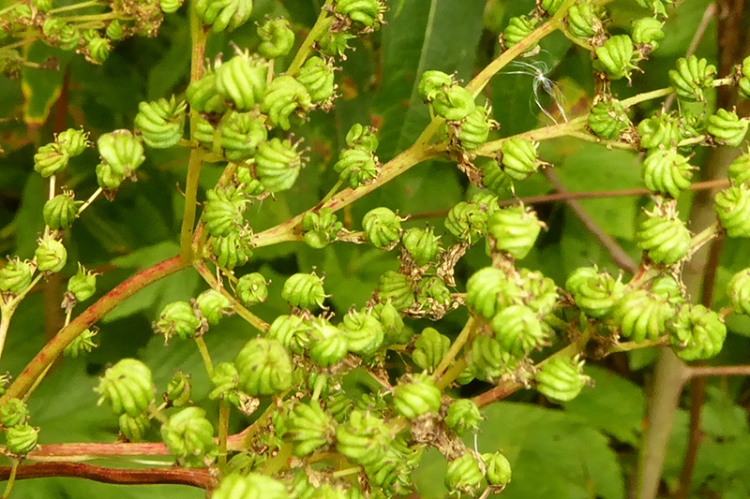 There were lots of signs of the turning of the year.

A lot of our oak trees in different places seem to have galls on their leafs this year.  I passed more on this walk and I had to look hard to find any acorns.

It was easier to spot sloes (sloely ripening) and any amount of haws.

There wasn’t as much fungus about as I had hoped…

…but there was plenty of lichen.

The park wall had brighter moments with ivy leaved toadflax and a contoneaster. 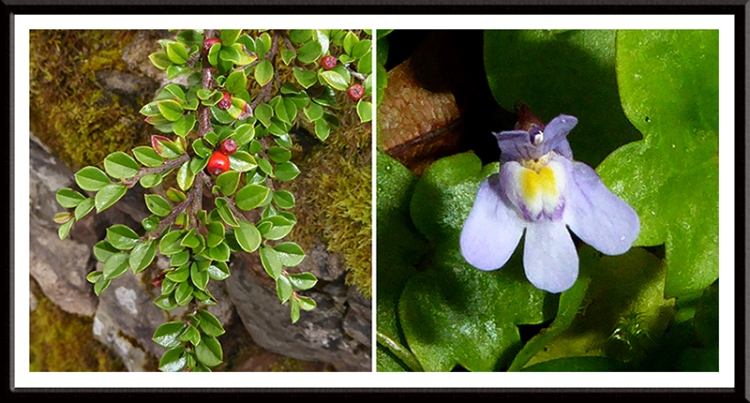 I had a look at the potentillas along the dam when I got home.  They are still doing well.

My arm is improving slowly which is comforting and there is nothing in life that a week of warm sunny weather wouldn’t cure.

The flying bird of the day is a poppy which had risen above its friends this morning.