Today’s guest picture comes from my former colleague Ada.  She encountered this sturdy cobweb on a walk today. 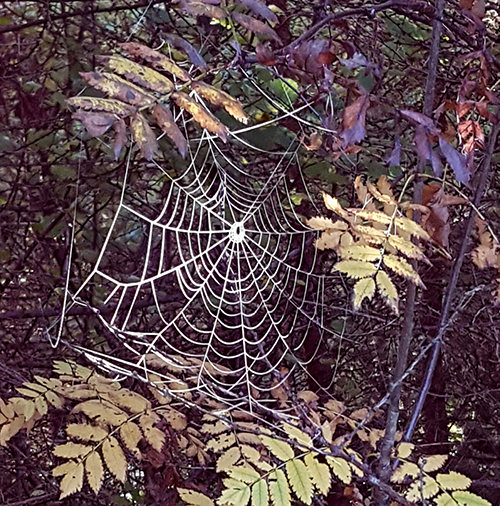 It was grey and slightly drizzly at breakfast time but that didn’t matter to me as I was due to send two hours in the Welcome to Langholm Office, potentially offering advice to locals and visitors alike.

As I was not much occupied with advising, I was able to put two weeks of the newspaper index into the Langholm Archive Group database which was pleasing.  I did have a little official work to do as well.  An anxious local motorist came in to tell me that the traffic lights which regulate the one way system on Skippers Bridge weren’t working.    I had encountered this yesterday and naturally assumed that “something would be done about it” without any input from me.

Now though, since it was obvious that nothing had been done, I rang up the road managers and reported the fault.   They thanked me and gave me an incident number, presumably so that I would feel important.  I felt very proud.  The lights were working when I walked over the bridge later in the day but whether my call and that outcome had any connection, it is impossible to say.

Nancy, the Archive Group treasurer and dedicated data miner called in just as I left.  She had been in the Archive Centre adding more data to the heap needing entering into the database.  It was dry as I walked back to the New Town with her and I was able to run a mower over a very soggy drying green when I got home while Mrs Tootlepedal went off on her bicycle to collect some river stones for her new path.

The forecast had been for a dry afternoon so I was thinking of a cycle ride myself but by lunchtime, both the forecast and the weather had changed and it started to rain.

I stayed in and practised songs instead.

That finally got boring and since the rain had stopped for a while, I went for a walk.

I snapped a dahlia… 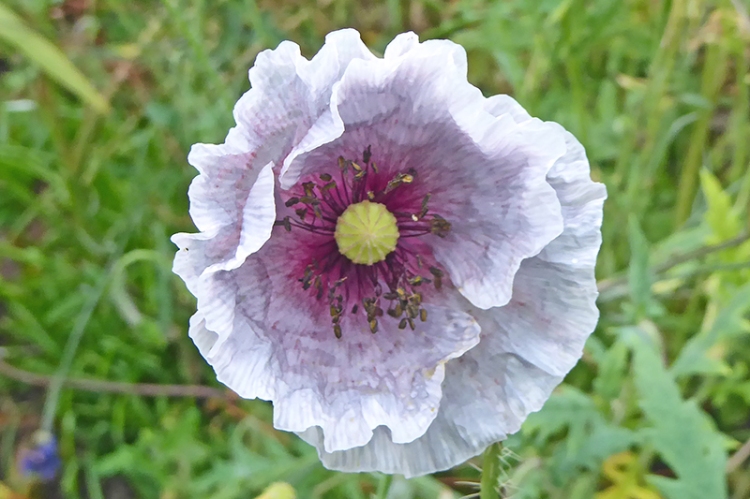 …in the garden as I went out and I had got about two hundred yards down the road when the clouds descended over the hills and it started to rain again.

I was feeling rather obstinate and decided to continue my walk down to Skippers Bridge to check the lights in spite of the drizzle.

I was dry enough in the woods and used my flash to capture this script lichen on a tree beside the path.

…I weighed up the situation and decided that a little rain wouldn’t hurt me and walked on.

The autumn colour has started to show properly but the misty conditions didn’t let me make the best of it.  I tried anyway. 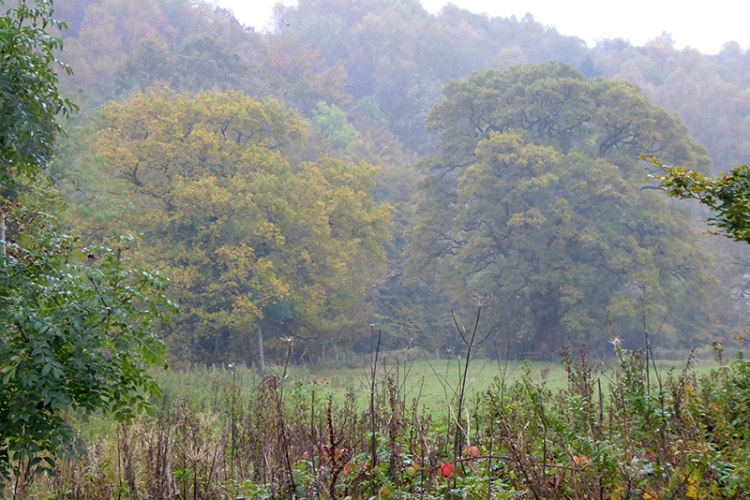 I crossed the bridge when I came to it and walked back along the other side of the river.  The rain was very light and my walk was well sheltered so I was glad that I had decided to keep going.

I passed a fine fungus on a tree stump at Lands End….

…and enjoyed the seed heads and the last of the flowers that help disguise the sewage treatment works from the public gaze.

There is a sensational drift of late daisies beside the river here. 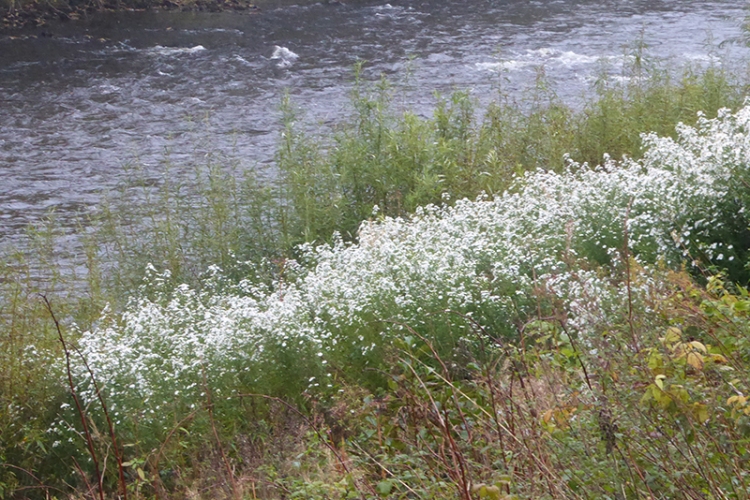 I kept trying to catch the colour on the river banks as I went along…. 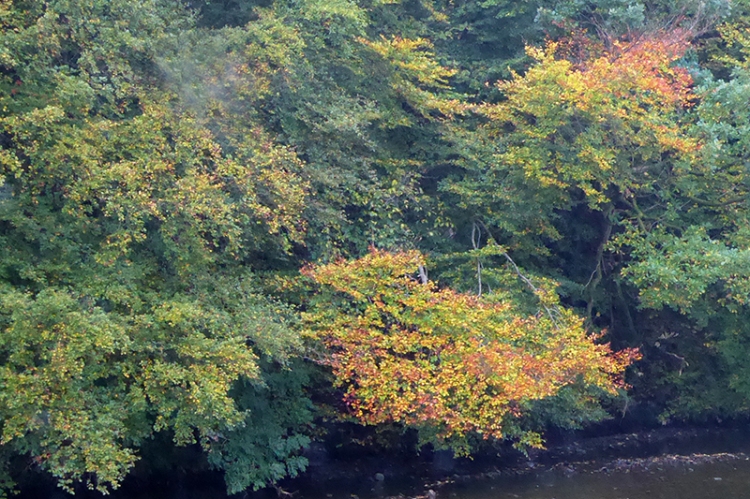 …while trying to keep raindrops off my lens with varying success.

As I came up to the suspension bridge, the trees on the far bank looked quite cheerful… 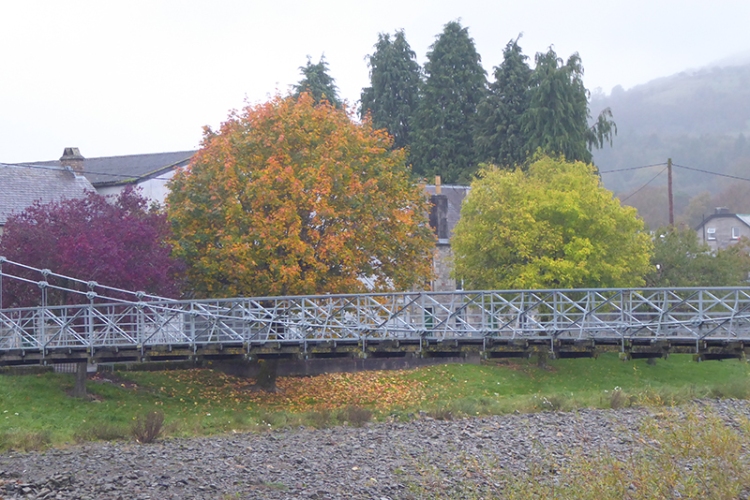 …but the view from the bridge itself…

…suggested that the direct route home and a cup of tea and a biscuit might be the best plan.

I was surprisingly dry after two miles in a light drizzle so I was very satisfied to have got some exercise in on such a dreich day.

In the evening my flute pupil Luke came and we put in some good work on a piece by Quantz which requires sophisticated counting although the notes are relatively easy.

I had picked some spinach from the garden earlier and I used it to make a baked spinach and egg dish with cheese sauce for my tea.

I made too much but ate it all and then had to lie on the sofa and groan for a while until I had recovered.

We hope for better weather tomorrow.  I need to work off the big meal.

21 thoughts on “Not according to plan”