Today’s guest picture is another from my sister Mary’s sunny visit to Bath. 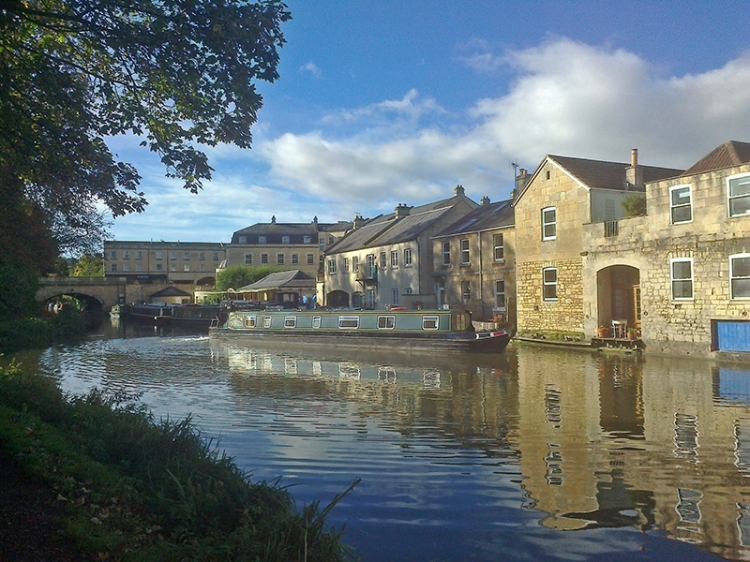 We got up to another grey and miserable morning here although once again it was unseasonably mild.

Mrs Tootlepedal is partially recovered but by no means back to full working order.   She is very touched by the good wishes expressed by readers of the blog.

The grey morning was much improved by the arrival of Dropscone for coffee and his already excellent scones were improved in my case by adding some of Mary Jo’s gift of saskatoon jam to them.  In my view, Dropscone’s plain scones and saskatoon jam are a match made in heaven.

After he left, Mrs Tootlepedal and I set about getting to the bottom of whatever it was that had made our phone line go dead and our internet flicker intermittently. By using our powers of deduction and a small screwdriver, we found the problem and cured it, probably just in time for the town’s power supply to be knocked out be the coming storm Ophelia.

Ophelia has been wreaking havoc in Ireland but it was extremely calm here in the morning and early afternoon.   Our neighbour Liz popped into to ask if we had seen the sun.  We went to have a look.

It was very odd.

The camera found it hard to record the clouds and the sun both in the correct shade but this is definitely how the sun looked.

It kept changing colour as the cloud of dust passed and I had several goes….

…until finally it got too bright for both me and the camera to look at.

It was sufficiently striking to make the news later in the day and the experts say that it was either Saharan sand or Portuguese wild fire particles or both that had provided the film of rusty colour.

After lunch, I had a look round the garden.  The light had improved and the bees and hoverflies were back on duty again.

A late astrantia has come out to join the poppies. 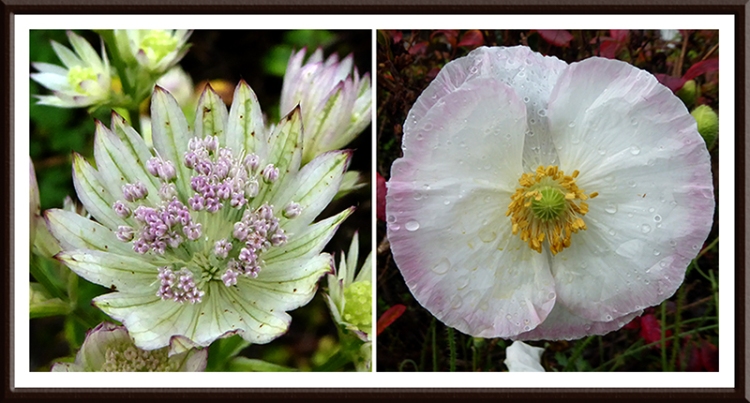 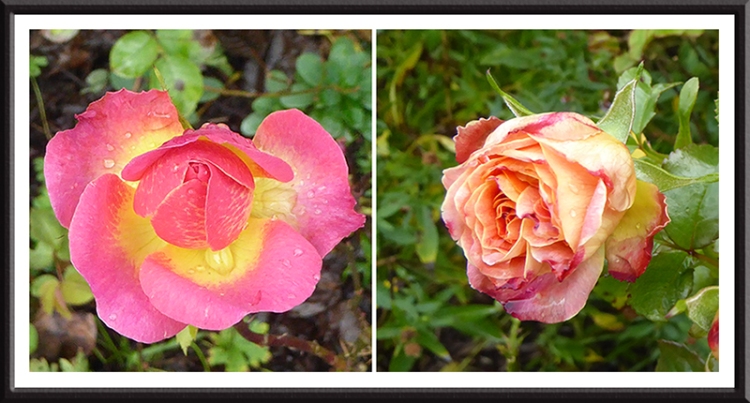 Mrs Tootlepedal is going to make more of the ornamental strawberry next year.

But the most exciting thing in the garden is the new tray under the bird feeders which means I can start feeding the birds again.

It is a heavy duty plastic cement mixing tray and Mrs Tootlepedal drilled the neat hole in the centre of it to let the feeder pole fit through.

It was warm (66°F) and fairly still so I took the opportunity to go for a short cycle ride in my outdoor gym and stopped for pictures on my way.

It was rather gloomy as I came back to town on my first lap…. 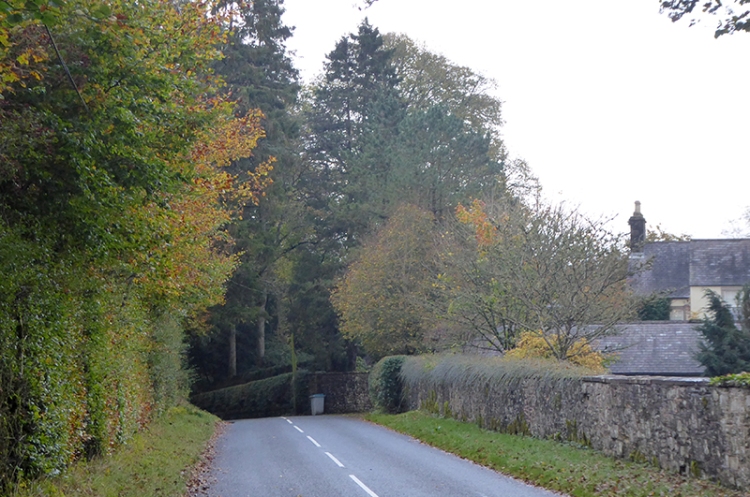 …but I headed down to Skippers Bridge to take a couple of pictures because I feared that if the storm is as windy as predicted, there may be few leaves on the trees when it is gone.

On my second lap, there were a few drops of rain and then the sun came out.

Nowadays, the gloomy predictions of storm and tempest are often worse than the reality so keen are the weathermen for us not to be caught unprepared for bad weather so it will be interesting to see what scenes like these will look like in a couple of day’s time.

I looked round the garden when I got back.  I found some more colour. 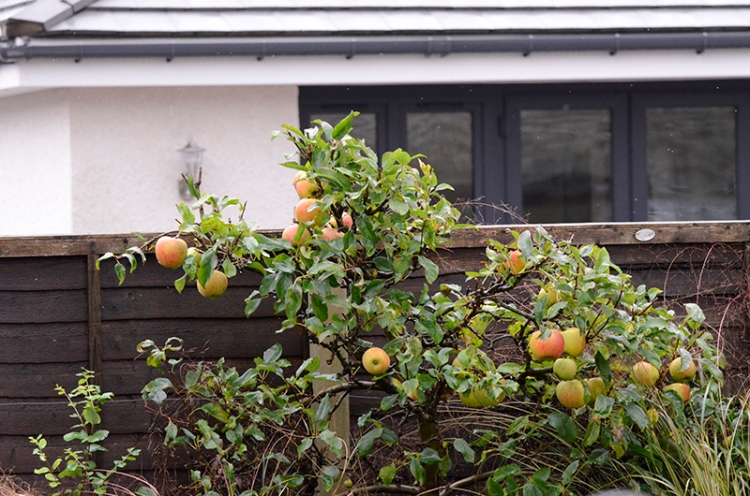 …and then went in to see how Mrs Tootlepedal was.  She had been well enough to do a little work in the garden while I pedalling but she is still a bit fragile.

Although the light was fading, I looked at the bird feeders through the windows.

A sparrowhawk flashed through the garden without it catching anything or me catching it.

It astonishes me how quickly birds find out that food of one sort or another is available.  I said to Mrs Tootlepedal only yesterday that I hadn’t seen a sparrowhawk about for weeks.

In the evening my flute pupil Luke came and we had a productive time.  He played at a practice of  our local orchestra yesterday and felt that he had been able to play quite a bit of the music.

In the evening, I went to the Camera Club meeting.  Ten members turned up and we were treated to a very interesting and varied selection of photographs from winter scenes to remind us of what is coming, through stunning local wildlife portraits and action shots and striking black and white studies to a record of a recent African safari, complete with lions, rhinos, hippos and elephants.  We were very well entertained.  One member had brought in some very beautiful large prints which led to a lot of discussion.

The flying bird of the day is having a rest. 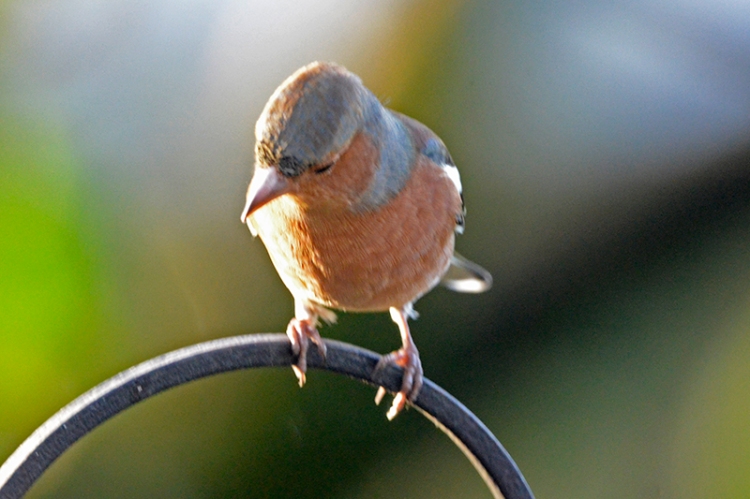 It is blowing hard as I write this. Fingers crossed.

32 thoughts on “The calm before the storm”