Today’s guest picture from Bruce got a little closer to the horse in the field.  There turned out to be two of them.

The forecast was right and we had another sunny day but it was even colder than yesterday and struggled to get above 3°C all day.

Mrs Tootlepedal and I gave up any thoughts of gardening or cycling and turned our thoughts to an expedition.  After mulling over the idea for long enough to have had coffee, watched a couple of birds….

….made some lentil soup and eaten it for lunch, we finally got organised and set out on a triple target adventure.

Target one was the excellent nature reserve at Eskrigg near Lockerbie.  It has two hides.

We went to this one first.

The red squirrels don’t actually hide in the hut but I am sure they would if they could open the door.

We didn’t need to wait for more than a few seconds before they appeared on the scene. 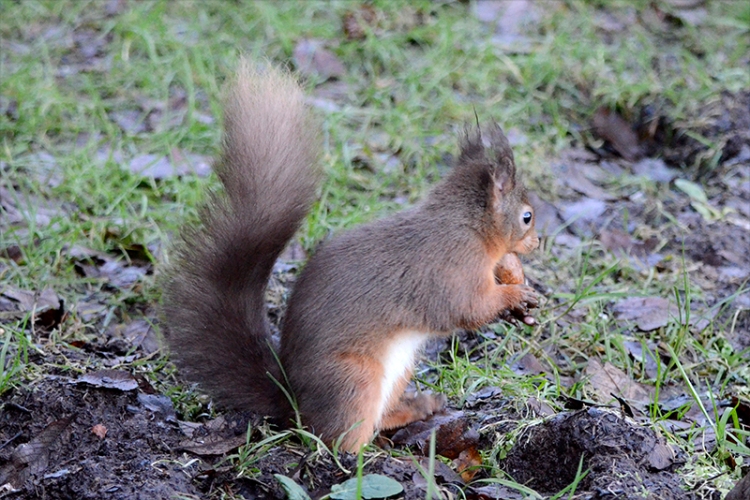 The trouble with red squirrels is that it is impossible to stop taking pictures of them so I left Mrs Tootlepedal in the hide enjoying their antics and walked along to the other hide which is at an old curling pond, now restored as a nature place.

There was a little ice on the pond today but not enough to stop a couple of swans having a swim.

I got settled into the hide and hoped for a glimpse of a woodpecker or a nuthatch.  Unfortunately, another photographer was trying to get a shot of a jay and was walking around outside the hide in his search.   This didn’t encourage other birds to come to the feeders.

I saw a plenty of interesting fungi on the trees outside the hide….

…and a great tit and a robin…

….which I might easily have seen in our own garden.

I looked down the pond for a while.  It was very pretty but had nothing more interesting on it than some mallards. 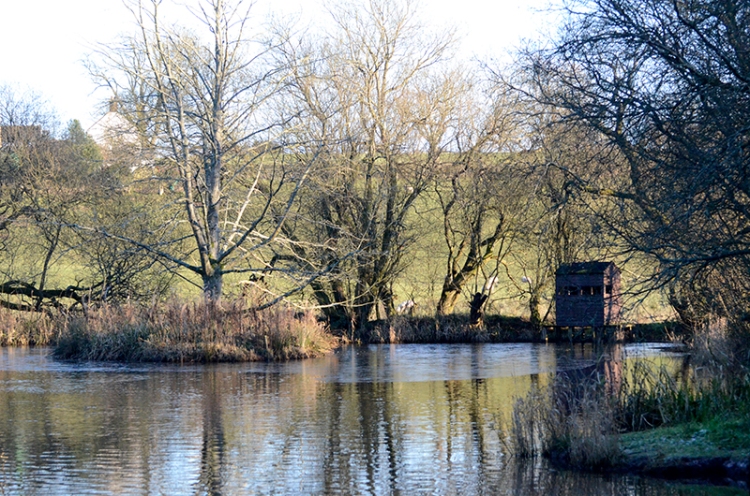 …I took the hint and went back to join Mrs Tootlepedal in the squirrel hide.  There were squirrels on every side and it was a pleasure to sit and watch them.

Some kind person had left a plentiful supply of nuts about and the squirrels were tucking in. 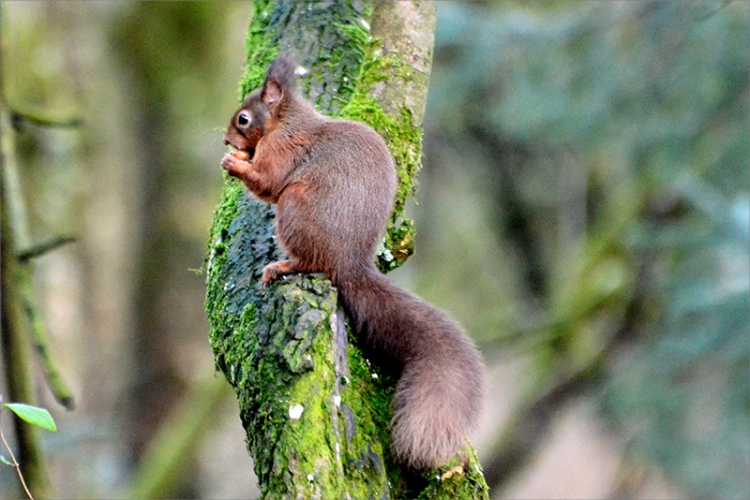 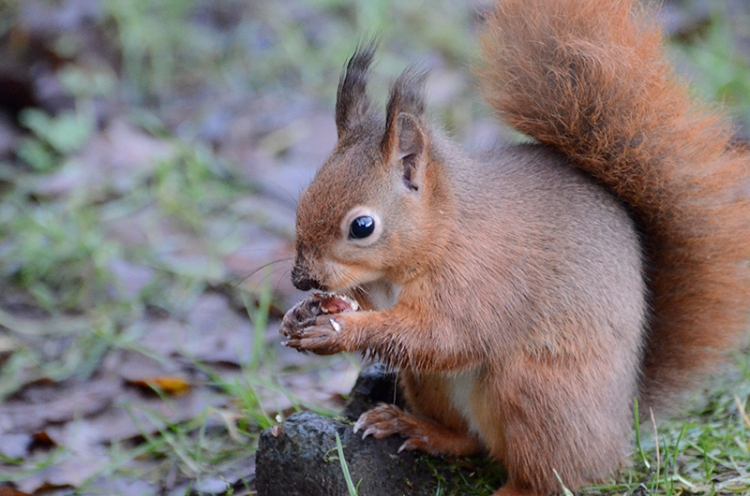 A regular visitor came in and told us that she had been there two days ago and had seen even more squirrels than we saw today but when she had visited yesterday she had found two keen photographers with big lenses there and absolutely not a squirrel to be seen so I guess that we were lucky today.

The light was beginning to fade and we still had two targets to hit so we didn’t stay too long.  We walked out through the woods…

….and were soon on the road to Gretna.

It was a perfect evening for seeing the starling murmuration and we got to the spot where we had seen then a couple of weeks ago.  There was already another car there and soon afterwards three more arrived, including a fellow camera club member from Langholm.  One of the newcomers told us that last night she had seen the flock coming down into this tree right in front of us.

So we were all set, the sky was clear…

…with just a few clouds to the south to make it interesting.

Behind us, a brilliant moon was out….

…so everything was just as it should be….

…except for a complete and baffling absence of any starlings murmuring.  A few tiny flocks passed us going north and that was it.  Not a whisper.

We waited until it seemed too late and then drove north in the hope that the murmuration might be there.  There was not a single bird to be seen anywhere.

We abandoned our second target and turned to the third, the purchase of suitable welly boots for Mrs Tootlepedal at the Gretna Gateway shopping experience.

The experience was good for us as a pair of reasonable priced wellies were acquired but, like the starlings, there was a noticeable absence of other shoppers enjoying the fairy lights. 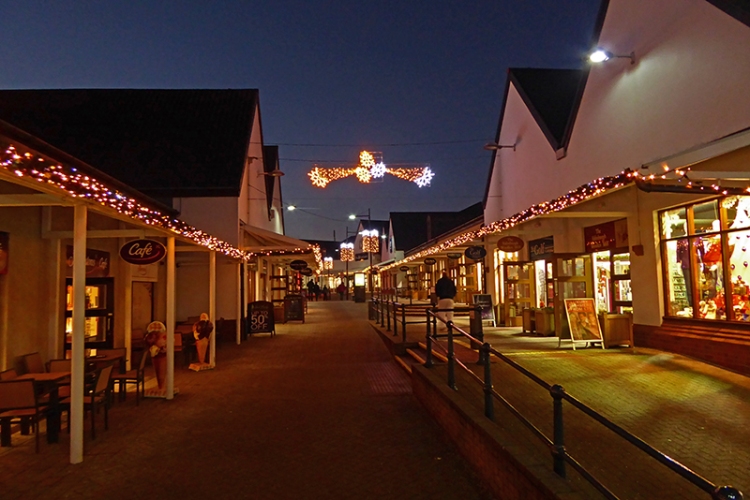 Still, as the great Meatloaf used to sing, “Two out of three ain’t bad” so we drove home fairly cheerfully but wondering where all the starlings had gone to.

In the evening, I went out to a Langholm Sings practice.  This was slightly handicapped by the absence of the accompanist but we got some work done and with one practice still to go, we might just be ready for our concert.

The flying bird of the day is a chaffinch taking a sideways look at the world.