Today’s guest picture comes from my brother Andrew who was passing Tamworth castle the other day when the sun came out. 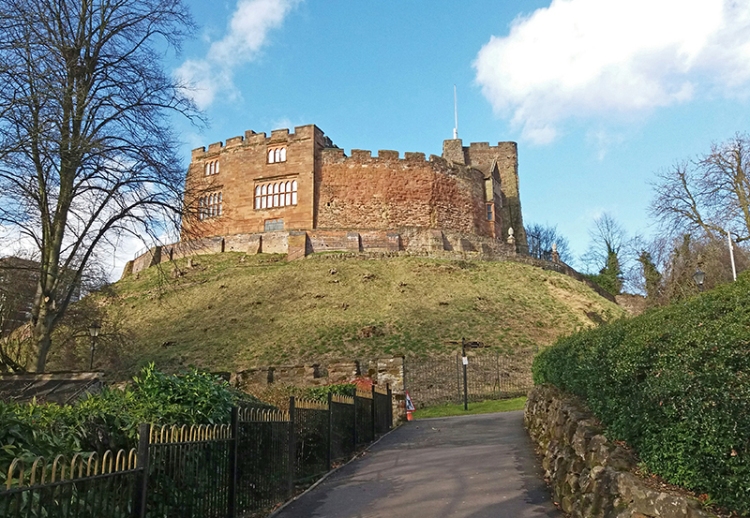 We had another cool morning here but with added sunshine and the day soon became suitable for gardening and cycling.

I had a walk round the garden after breakfast and had to duck as a low flying aircraft passed by.  I got the camera out as quick as I could and caught it just as it got framed in electricity wires. 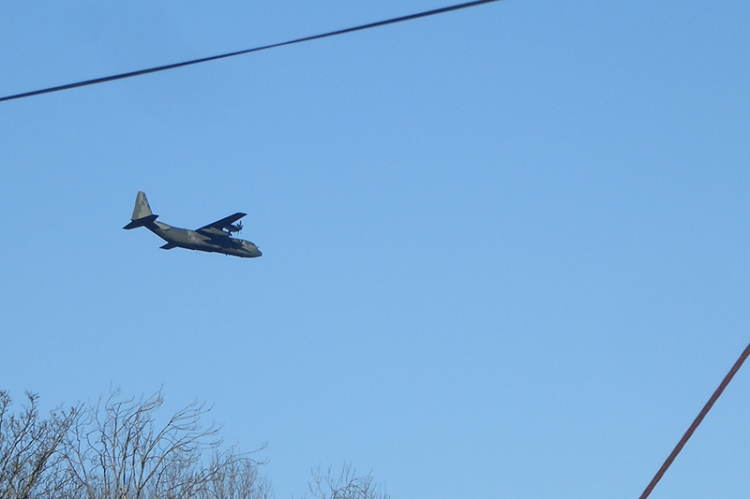 Looking at the picture above, you may think that I am exaggerating about having to duck but it really was low.

Sandy came round for coffee in the morning which gave me a good excuse to delay cycling until the things warmed up a bit.

After he left, I had another garden wander.  I was pleased to see crocuses looking perky…

…and surprised to see and early bee about.  The forecast is for chilly days ahead so it might well have to go back and hide.

The first daffodil also appeared and it was unfortunate that it was growing in the middle of a bush so it was not easy to capture its full beauty! 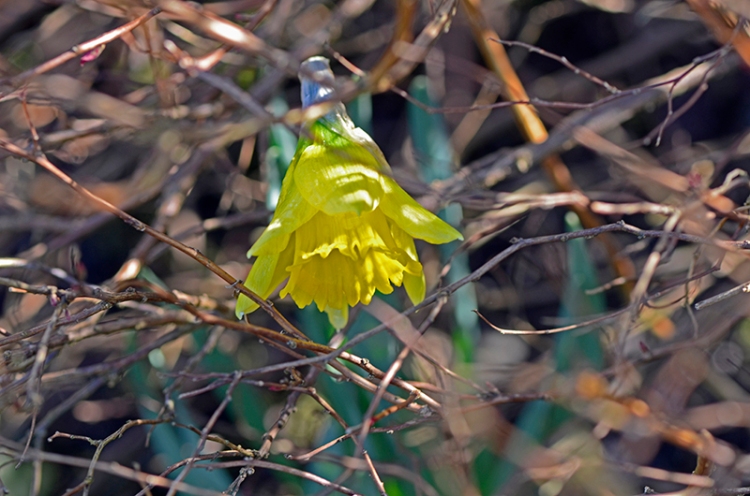 However, the moss was looking wonderful in the sun.

I would never have believed that moss could look like this before I started this mossy chapter in my photographic journey.

Like the bee, the frogs in the pond may find that things are too chilly for them soon but this one seemed quite happy for now. 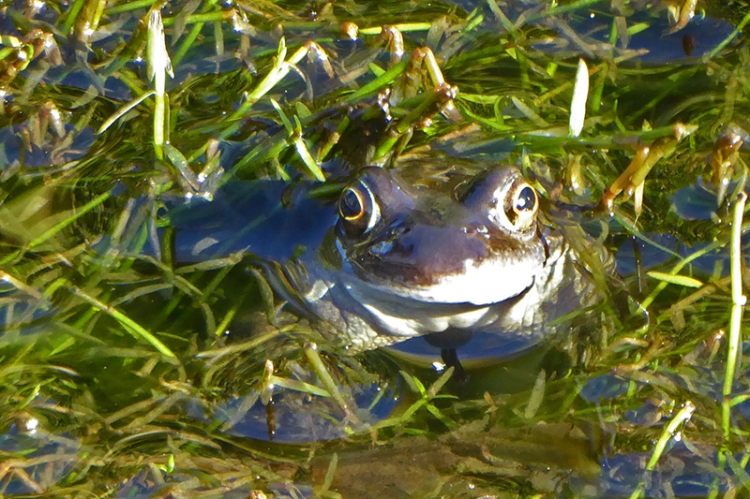 After the sunny garden stroll, I did think of trying to have both a walk and a pedal during the day but looking out of the window and seeing a brisk wind coming out of the north west and making the walnut branches wave about persuaded me that just cycling might well be enough.

I was right, as the windy was strong and cold enough to make sure that my average speed stayed quite low so it took me some time to get round a 31 mile circuit.

I got my fairly speedy bike to check whether it had been harmed by the accident.  It looked all right and I gave it a good wash and brush and oiled the chain before I set off. I wasn’t going to hurry though, just in case.   In addition, after the recent frosts and snow, the roads are beginning to crack up so I kept my eyes fairly firmly on the road ahead, not wanting a repeat of the unplanned flying dismount so soon after the last one.

As a result I decided to stop every 5 miles and take a picture both of the road I was cycling along and whatever was there.  I also hoped that this might give readers unfamiliar with our area, a picture of a typical cycle ride for me.

I made an extra stop as i crossed it to show the M74, the main road between Carlisle and Glasgow.

While I was taking the picture, a car drew up and the lady inside asked me if I was Tootlepedal.  She had seen the blog and recognised the ski goggles that I was wearing.  She is a relative of our neighbour Liz and her son and our older son had met at the Lauder Common Riding last year so we had a good chat before going our separate ways.

I stopped a mile later on the old A74, once a dual carriageway but now returned to single carriageway and used as a service road for the motorway and very handy for cyclists.

This was an interesting place to stop as there was history all around.

(Clockwise from top left) The old road which replaced the original coaching road, Robgill Tower, Burnswark, a site of both Roman and iron age forts and, coming bang up to date, a wind farm in the distance.  And I had the motorway on one side of me and the mainline railway on the other.  People have been passing this spot for thousands of years,

And to complete the picture, here is the route itself.

Because I am supposed to avoid big hills with my new knee, these quiet unadventurous routes are just my cup of tea.

As you can see , it was a sunny ride so I enjoyed it in spite of an unhelpful breeze.

When I got home, I found Mrs Tootlepedal hard at work in the garden, making the most of the warmer weather.

The frogs had gone but there was a colourful bunch of crocuses to catch the eye.

I hadn’t had any time to watch birds earlier in the day so I took a moment when I got in to stare out of the kitchen window but the light was a bit too far gone to be ideal…. 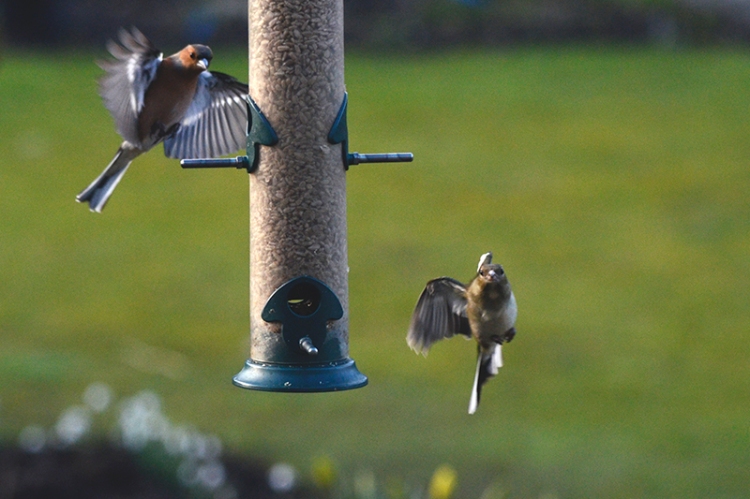 …so I was pleased to see a robin in posing mood.

I was ready for a cup of tea and a quiet sit down by this time.

Later in the day, I made the mistake of ringing up a software company to sort out a problem and when the lady had asked several times for me to produce an email confirmation of sale for a product which I bought in 2012 and I had replied patiently each time that I didn’t keep emails for 5 years, she then asked me if there was any one else in the house she could speak to who might be able to understand what she was talking about.  I was mildly offended to say the least but we didn’t get anywhere with our conversation after that.

In the absence of a flying bird of the day, I can only put up a bird that was very nearly flying.