Today’s guest picture comes from my brother Andrew in Derby.  They had a spot of snow there. 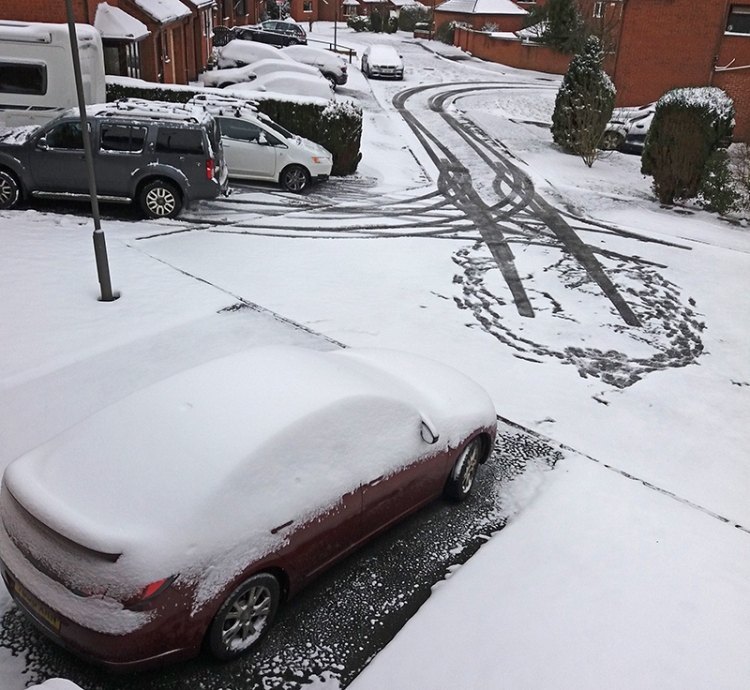 We had a spot of snow too but not nearly so much as they did and this was the scene that welcomed us when we got up this morning.

The chaffinches watched the continuing arrival of more snow rather morosely. 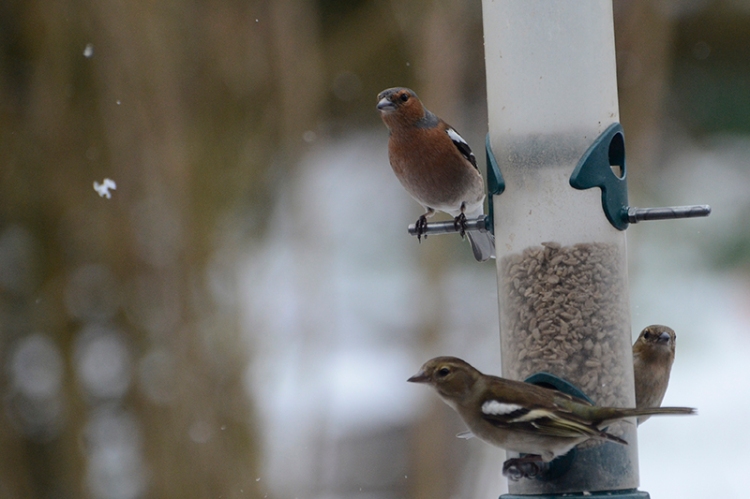 And the daffodils and crocuses looked a bit oppressed.

…and the road surfaces must have been quite warm because in spite of the thermometer staying at a miserable 1 degree above freezing, the snow on the roads melted and we felt that it would be completely safe to drive to Carlisle after lunch for our other choir.

Over lunch, I kept and eye on the bird feeders.  The feeder  traffic was totally chaffinch.

Sometimes they all watched what was going on with interest…

…and sometimes, eating was  more attractive than watching squabbling…

…and sometimes there was so much going on that a bird simply couldn’t watch it all.

In the snow below, a steady stream of visitors provided interest.

Two old friends, a robin and a dunnock…

…and a collared dove.

A blackbird kept everyone in order,  a teacher perhaps in a former life.

The roads stayed clear and the trip to Carlisle was completed satisfactorily.  We had a substitute conductor today as Andrew had another choir’s concert to worry about.  Alison has taken us before and she is very good but as she thinks that we are bit better at picking things up quickly than we actually are it was a challenging session for someone who had not sung one of the pieces before and the other only once some years ago.

But it was all good fun.

Mrs Tootlepedal had prepared an evening meal in the slow cooker so we had a warm welcome home.

We have one more cold day in store and then things should warm up again.  Considering that in the south and west of the country roads were closed because of the snow, we seem to have got off lightly again.

The flying bird of the day is a chaffinch.  It had to be as there were no others.

34 thoughts on “The open road”