Today’s guest picture shows that Mary Jo has not been wasting her entire time in London going to concerts and seeing the sights.  She has looked at interesting things as well.

We had another grey, cold and windy day today.  To be fair, it has been pretty dry recently and if it hadn’t been for the very chilly wind, we would probably have been celebrating a good spell of weather.

I went up to the Moorland bird hide after breakfast to fill the feeders for Sandy who is still on holiday in the sun and it was so cold that even sitting in the protection of the hide was not much fun.

There weren’t that many birds to take my mind off the chill either.

As I say, I didn’t stop long and was pleased to get back to the town and get a  little shelter from the cruel wind.

Mrs Tootlepedal was hard at work in the garden of course so I lent a little hand here and there and wandered around as well.

New flowers are coming out, some from the soil ….

….and some from handy boxes bought from a garden centre to temporarily fill a bare patch in a bed.

Amazingly, there are still one or two daffodils waiting for the moment to burst into flower… 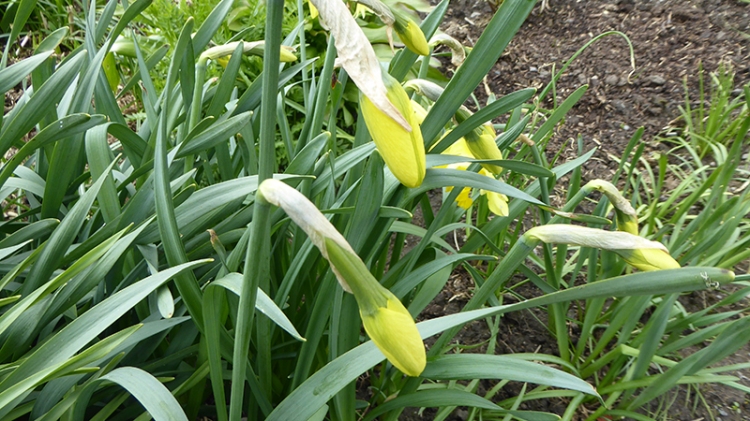 …while others, like these daffodils of the day, are nearing the end of the road.

Dozens and dozens of daffodils have been dead headed already.

There is almost always something to see.  Today it was a pulsatilla, the first of many I hope….

…with some pretty ferns unfolding in the back border…. 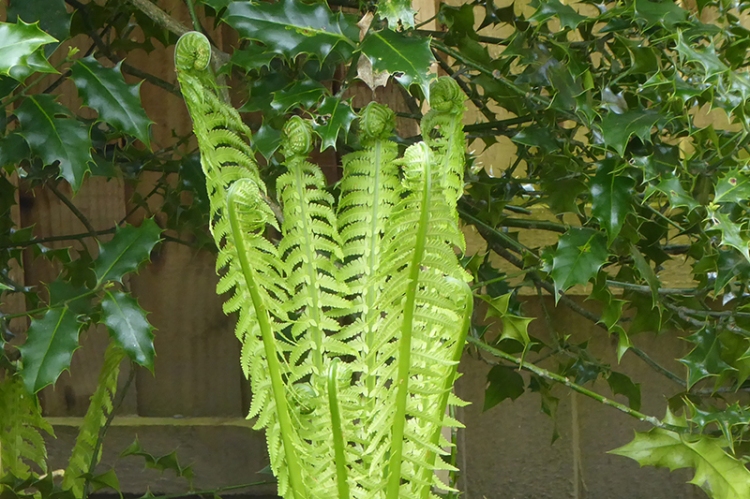 ..near the first Solomon’s seal of the year…

…and on the other side of the garden, a fuzzy willow bud, defying the cameramen to take a sharp picture.

And if there are no bees about, there is usually a fly on the euphorbia, 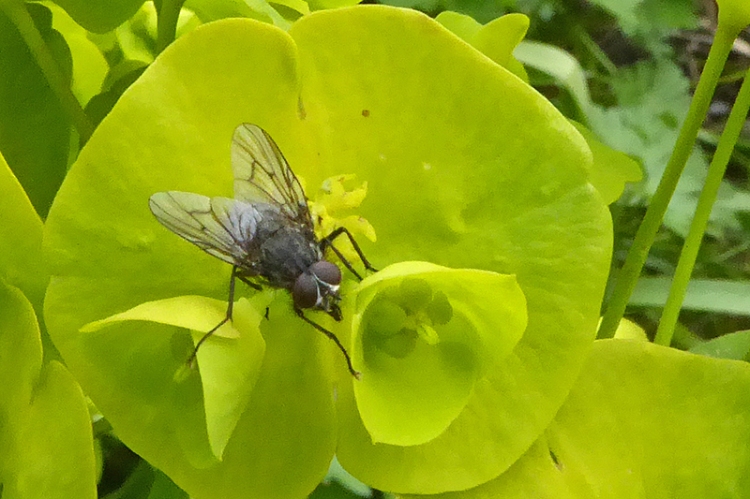 If you get really fed up with the chilly wind, you can get your camera to take silly pictures…

…and go inside for a cup of coffee.

Once inside, you can look out of the window and see that the goldfinches have taken over the feeder…

…with such total domination that you can see a chaffinch banging its head against the pole in frustration in the picture above.

A pigeon cast a beady eye on proceedings from the plum tree.

When I went out to tell Mrs Tootlepedal that coffee was ready, a blackbird demanded to have its picture taken.

We were rather alarmed to see a man up the telephone pole behind the house as the last time that this happened, he accidentally disconnected our internet.  All was well today though as you can tell from the fact that this post has been posted.

After lunch, we went off to see Matilda and her parents in Edinburgh and had a constructive afternoon making scones, getting nails painted (some of us), playing a very non competitive form of snap and some Pelmanism.

We had a delightful evening meal and tested the scones (very good) before we walked up to the station to catch the train home.  Slightly unnervingly, both the up and down trains were precisely on time.

Mercifully, the forecast says it is going to get warmer over the next few days and as my thumb is now nearly cured and my new bike should appear either tomorrow or Saturday, things are really looking up.

The flying bird of the day is one of the goldfinches, losing a bit of seed in its anxiety to shout abuse at a friend. 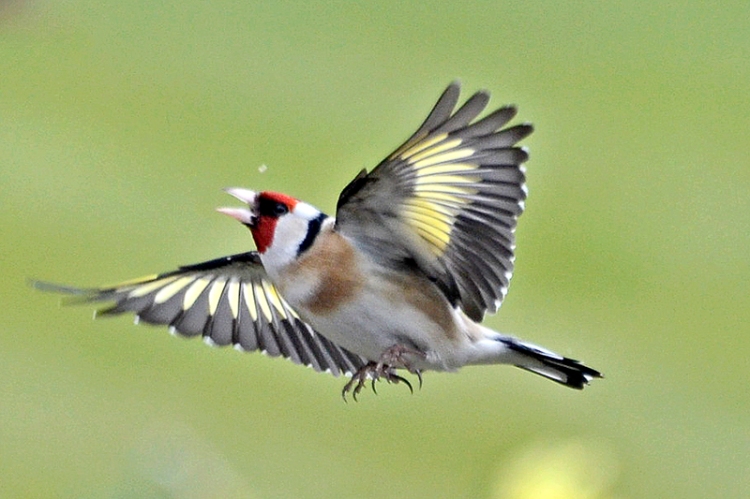 27 thoughts on “Better things to come”