Our fine weather continued though it was pretty windy and a good deal cooler than the recent very unseasonably hot days.  Still, it was warm enough to wander round the garden in just a T shirt (and trousers) after I had gone up to the town to do a bit of embarrassing business.  I had lost the Archive Group chequebook and had to eat humble pie and ask for a new one to be issued.

The garden somewhat made up for my bumbling.

The very last of the tulips are fading away gracefully…

…and are being replaced by white blossom…

…but a lot of the plants look as though the hot weather has been too much for them.

The alliums are at their best…. 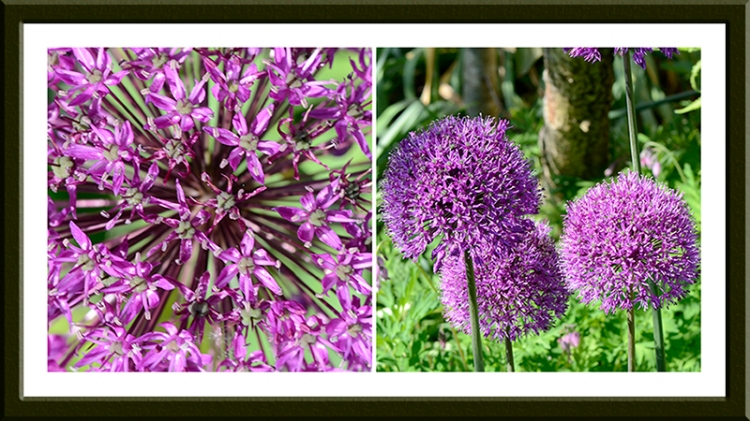 …and one my favourite flowers, the astrantia, is also thriving.

For sheer impact, the Icelandic poppies are hard to beat, particularly in a sunny moment…

..but the geraniums are well worth a second look even if they are not so zingy.

After coffee, I went out again to check on the bird activity.

There were sparrows everywhere; trying to get at Mrs Tootlepedal’s peas, eating aphids on the gooseberry bush, flying into compost bin C and taking a little seed from the feeder.

They can eat all the aphids they can with my blessing but Mrs Tootlepedal hopes that her defences will keep them out of the peas.

The baby thrush and an inquisitive blackbird were about too.

I checked on the chives while I was out.

I really should have gone out for a bike ride in the sunshine but the brisk wind and a slightly weary feeling put paid to any energetic ideas so I booked some railway tickets for a future jaunt to London instead.

All through the day, there were incessant and noisy demands from a young sparrow for food…

…and the mother responded with superb patience.

After lunch, I went down to Longtown to pick up my slow bike from the bike shop where it has been serviced and the briefest of test rides on it showed just how good my new bike is in comparison.  My new bike has to go back to the bike shop soon for a post sale checkup and the mechanic suggested that they might have to keep it for some time so that they all could get a ride on it.  Hmmm.

Then I had to go off to see a doctor about my persistently malfunctioning voice.  I went in the hope of a miracle cure so I would be in good order for two concerts in the coming weekend but no miracle cure was forthcoming, only a blood test appointment and a re-visit in two weeks.  I can’t complain about a doctor being thorough though and I will just have to wait to see what happens next.

The day had got rather cloudy and grey by this time so I instead of going for a bike ride when I got back, I did a little gardening in the shape of sieving some compost and doing a bit of shredding for Mrs Tootlepedal who was improving one of her flower beds by clearing things out.

A visitor came round to check on the health of some plants that she had given Mrs Tootlepedal and was relieved to see them doing well as hers were looking a bit peaky.  She looked along Ally’s allium alley before she left.

We had a cup of tea and I noticed a great tit coming to the feeder for the first time for ages.

Later on,  since the skies had cleared and a beautiful evening was developing, Mrs Tootlepedal suggested a trip up to the Langholm Moor in the hope of seeing something interesting.

Sadly, we saw no wildlife of any sort though we heard a distant cuckoo.  Nevertheless, the general beauty of the scene, both on the drive up… 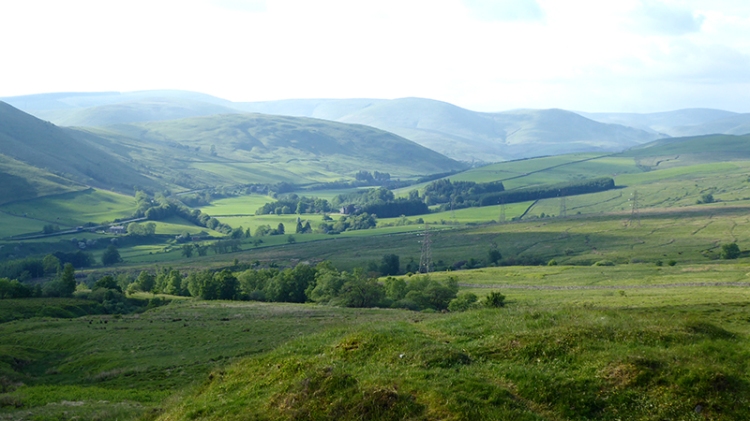 …and when we got to the moor…

…made it a very enjoyable if brief outing.

…and take in the view of Warbla across the Castleholm.

We had a salad for our tea, with radishes and a variety of cut leaves from the vegetable garden.  I hope that this will be the first of many meals enhanced by home grown produce.

The flying bird of the day is a curiosity.  I noticed a jackdaw on the front lawn and followed it as it took off.  I don’t try this often as it needs a quicker hand and eye than I possess but I thought that the result was worth a look even if just to notice how the bright light made a black bird look pale grey.

26 thoughts on “This and that”