Today’s guest picture is another from Venetia’s trip to Madeira.

The forecasters are having a hard time at present getting the details of the weather correct, largely I suspect because the weather is so unusual these days that their computer models are not provided with enough helpful historic data.  All the same, various forecasts were pretty sure that we were going to get rain and possibly thunderstorms in the afternoon today.

We spent the day waiting…..in vain.

Partly as a result of this and partly because I didn’t feel at my best, I had a slightly wasted day and hardly did anything useful or interesting.  I had a moment of helpfulness when we got the petrol driven soil cultivator out and used it to to improve the paths between the new beds in the veg garden.  And I mowed some of the greenhouse grass.  But that was it.

I had time hanging heavy on my hands so I took a lot of flower pictures.

If you want white then the bridal wreath spirea is the plant for you. 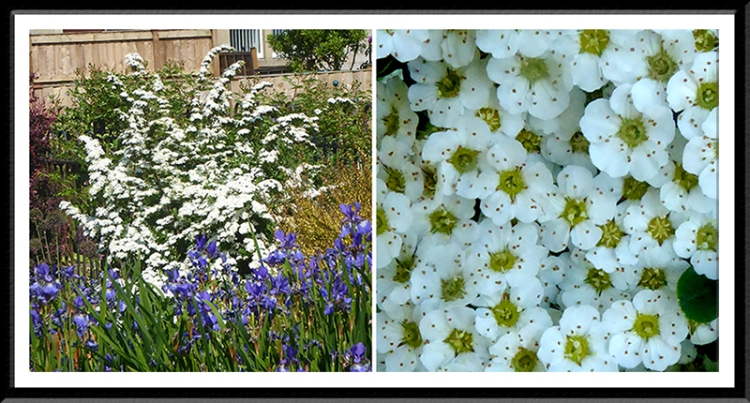 It has a lot of little flowers per every square inch.

The first pink was out today and it is very white too.

I went in search of bright colour and found it behind the house where the oriental poppies are enormous. 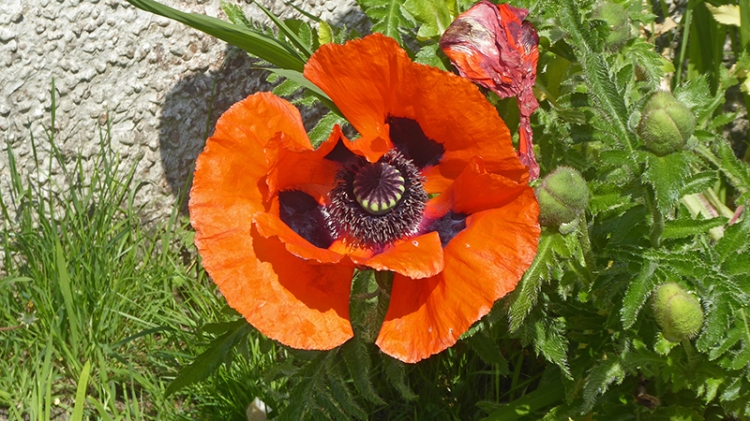 A new rose has arrived.

And I found a bee on a lily leaf in the pond.  Perhaps it had been having a swim or a drink.

After a while with few bees, it is good to see and hear numbers of both honey and bumble bees about.  Now I am waiting for some more butterflies to turn up.

I made some soup for lunch and then we were delighted to welcome a few drops of rain but they turned out to be a false alarm and soon gave up.  There were rumbles of thunder and dark clouds but these too were to produce nothing though I heard later that there was a storm in Hawick, 20 miles up the road.

In desperation, I went for a walk, reckoning that this would be bound to make it rain.

I saw the oyster catchers beside the Esk and noted that they had two youngsters with them.  I managed to catch one each of the parents and children.

I crossed the Langholm Bridge, bought an ice cream from the van and spent some time watching pied and grey wagtails flitting about.  It looked as though the grey wagtails might be feeding young in a nest on the bank. 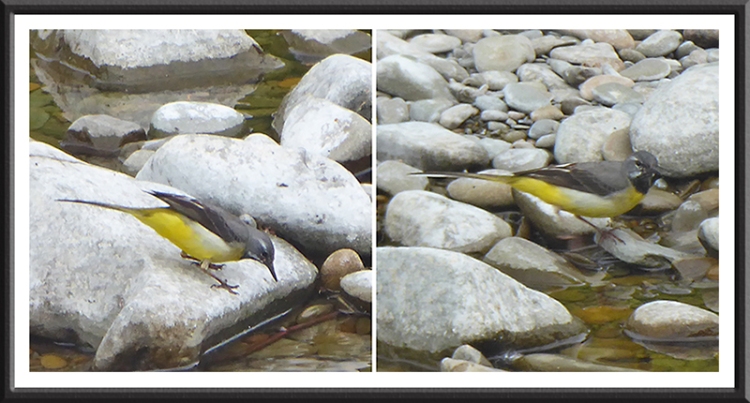 Looking back at the town bridge, I saw its railings reflected in the trickle of water going down the river below. 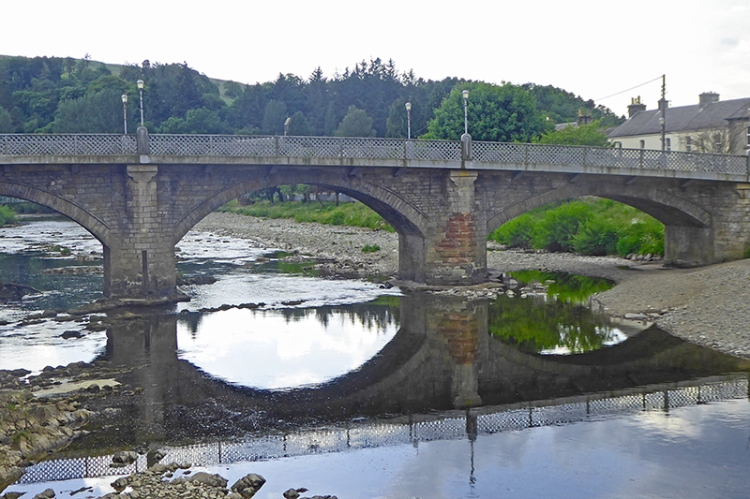 Just below the Sawmill Brig, there is a fine display of knapweed on a stony island in the Ewes Water (though it wasn’t an island today as the water was so low).

We are in a very green season as a stroll up the Lodge Walks…. 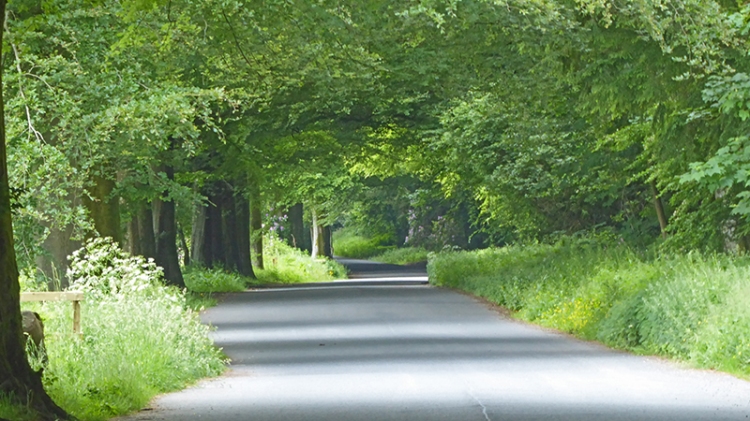 …and across the Castleholm showed.

I walked across to a favourite tree, a red horse-chestnut… 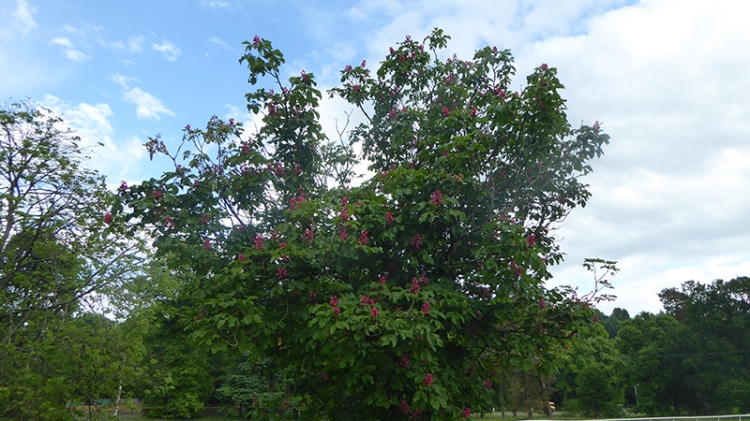 …and took a closer look at the flowers which are just going over.

The racecourse was a sea of buttercups….

…which may account for the state of my shoes when I got home. 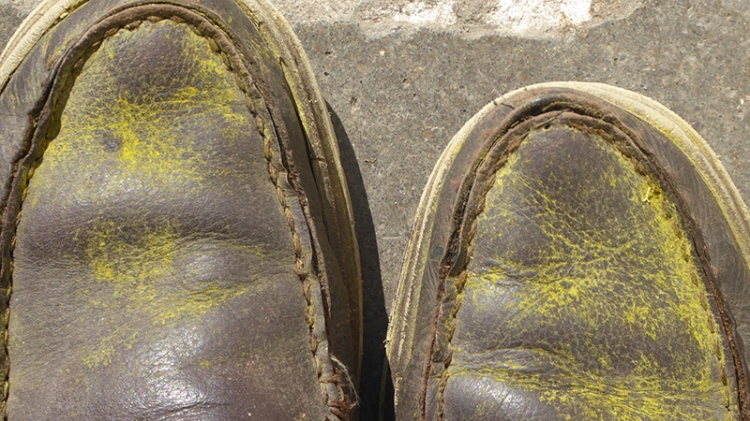 There was no trouble in finding grasses, nettles and plantains on my way. 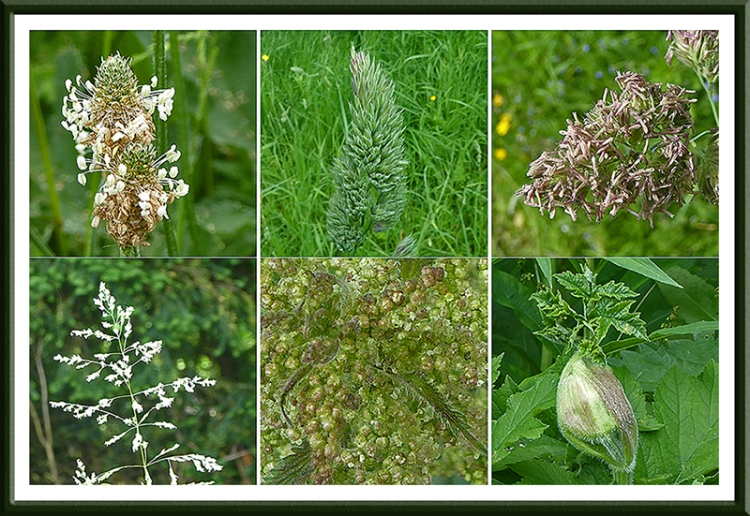 My favourite wild thing though was the corydalis that lives on the wall at the top of the Scholars’ Field.

Far from making it rain, my walk made the sun come out….

…and all the big clouds slipped past the town.  Ironically, as soon as the sun came out, it also started to rain but this was another half hearted effort and Mrs Tootlepedal had to water the vegetable garden again.  I watered the gooseberries, strawberries and sunflowers.

I was feeling far from my peak by this time but fortunately, Mrs Tootlepedal whipped up a wonderfully tasty meal of Eggs Florentine (spinach from the garden) followed by delicious Scottish strawberries on a meringue base topped with whipped cream.

The whole thing was a taste sensation and an outright indulgence and it was just what the doctor ordered as after I had eaten, I suddenly felt perky enough to get out the new bike and enjoy 16 miles in the late evening sunshine.  The meal and the unexpected bike ride made an otherwise rather dull  day seem quite cheerful in the end.

Now if it would just rain overnight….

They say that there is a chance of rain tomorrow but we will believe when we see it.

The flower of the day is a Butter and Sugar Iris. 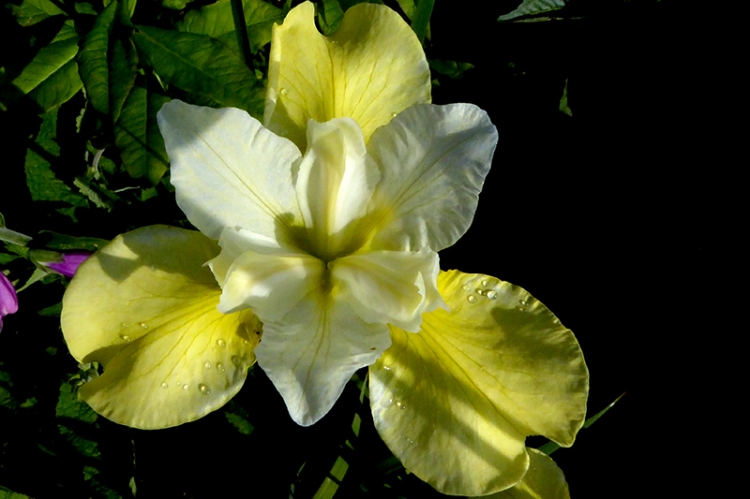 A wonderful plant which managed to capture about ten of the raindrops that fell today.