Today’s guest picture comes from my brother Andrew’s visit to Fleetwood.  The port for the town is on the south side of the river Wyre estuary and can be reached by the ferry which can be seen in his picture.

It was the longest day today and the weather was fine and frequently sunny so a good bicycle ride should have been on the menu.  A very brisk wind and the total absence of any get up and go persuaded me that a short walk round the garden would be a good alternative to a long bike ride.

The sawfly caterpillars were still to be found on the Solomon’s seal. 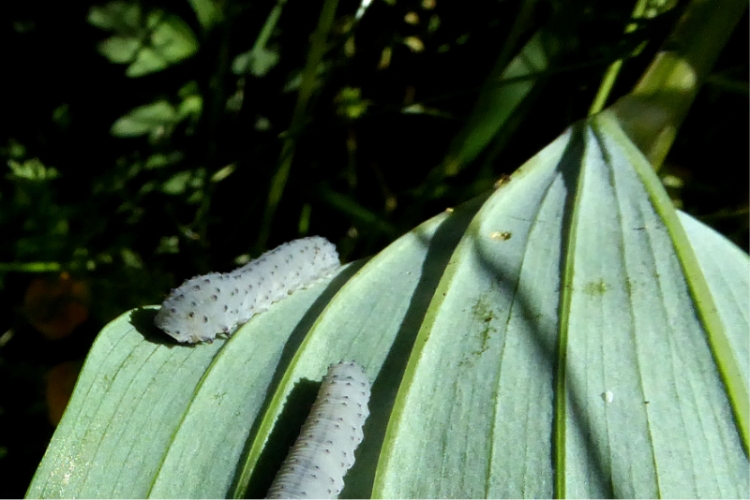 And the light was right to take a picture of the Rodgersia flowers, which are a tricky subject.

There are plenty of flowers about in the garden but it is not a time of year when there are great swathes of colour.  The daffodils, tulips and azaleas are all gone.  All the same, green is a colour and it has many shades. 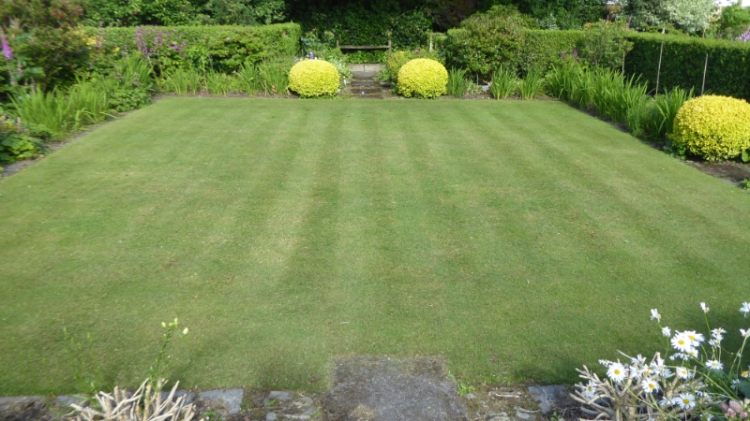 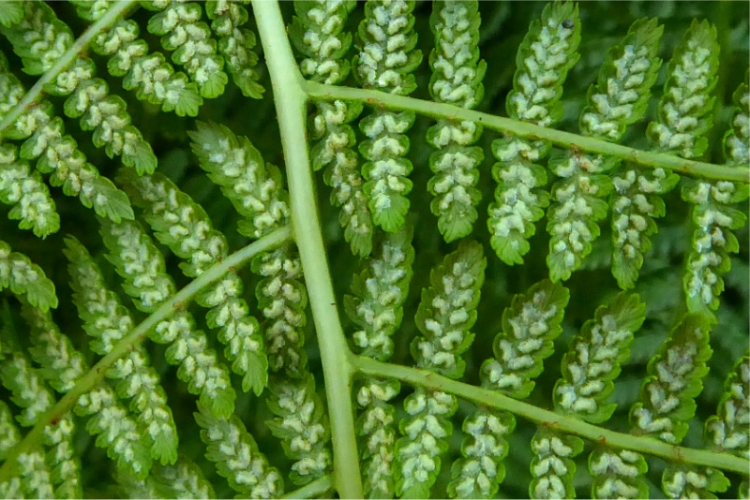 There is a patch of bright colour.

There was a bee or two interested in the orange hawkweed. 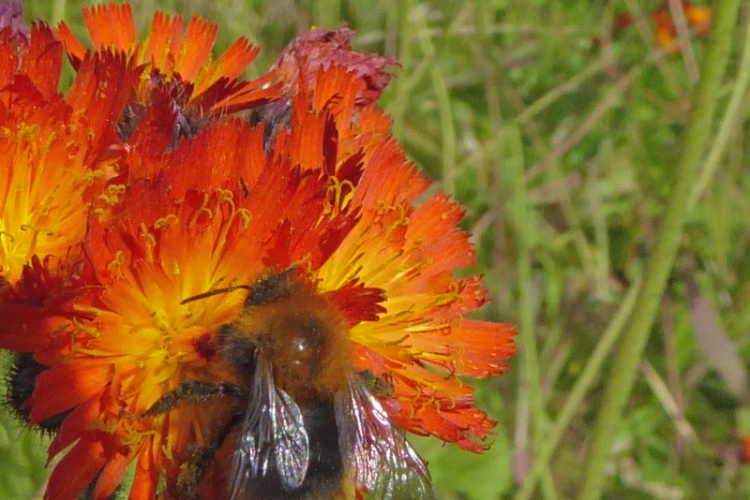 I finished my walk round the garden in good time to get the coffee on for a visit from Dropscone.  It was not Friday so there were no treacle scones but he brought an enormous pile of drop scones instead.  We managed to get through them (with some help from Mrs Tootlepedal) with no trouble at all.

While we were eating and chatting, a large rook appeared outside the window.

They are impressive birds.

Dropscone went off with some rhubarb and on his way home, he passed an auction taking place at a local building  firm which has just gone into liquidation.  Many vans were clustered round the entry to the works, eager to pick up a bargain.

Langholm has lost many jobs over recent years and it was an irony that on the same day as this auction, the town appeared in the pages of a national newspaper  under a headline saying that it was reckoned to be the best market town in Scotland as a place to live.  You may be able to find the article here.

After coffee, I went out and mowed the greenhouse grass and the drying green.  I am trying to take advantage of the good weather to get the grass short enough so that mowing it takes no time at all and the cuttings don’t have to be collected.

Then  I went back in for a sit down and some bird watching.

The feeder is keeping busy.

But my favourite moment was looking up and seeing a goldfinch attached to the feeder pole by its beak.

After another walk round, this time to the back of the house to look at the potentillas there… 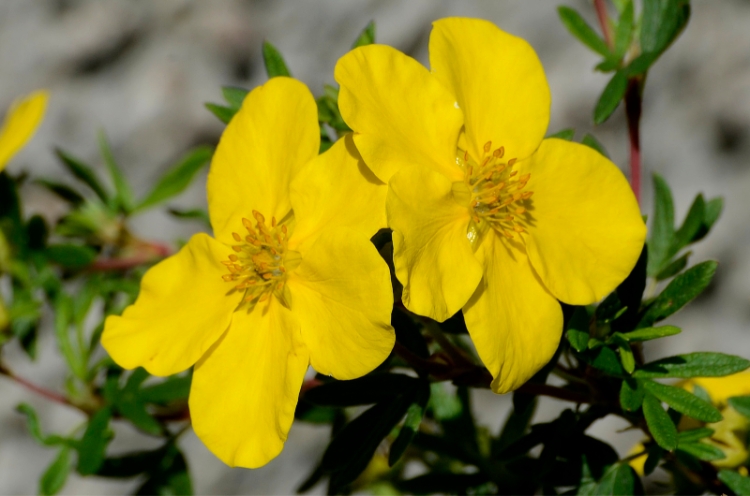 ..I sieved some compost for Mrs Tootlepdal’s soil improvement programme and was just tidying up when the phone rang.

It was Scott, the minister, who was out on a bike run.  His gear changing mechanism had failed and he was hoping that we could come and rescue him.  He was able to describe the signpost at the road junction where he was marooned and it was apparent that he was in some deep back country in the wilds of North Cumbria.  I pinned down where he was on my map and  Mrs Tootlepedal offered to act as navigator and do the map reading to get us to the spot.

It was a beautiful day to be out rescuing and the drive was a great pleasure in itself, including this wonderful view over the Solway plain…

… to which my camera completely fails to do justice.

We found Scott and put him and his bike in the back of the Kangoo and drove home.  His gear failure had been so abrupt that he had been pitched off his bike but luckily he had landed on a soft verge.  Not so luckily, the verge had been full of nettles.  He was very cheerful, all things considered.

We had a late lunch when we got back and Mrs Tootlepedal went back out into the garden.  I considered a bike ride but it was still very windy and my get up and go had still not made an appearance so I mowed the front lawn instead and did quite a lot of wandering about and muttering.

I did my muttering with camera in hand of course.  The pinks are at their best.

The first calendula has made an appearance.

And some delightful small campanulas have arrived as well.

Keeping to my good resolution, I tried not to take too many pictures and went inside and put a week of the newspaper index into the Archive Group database.  I have another nine weeks still to put in so this will test my resolution to the full.

I hope to make better use of some good weather and long daylight tomorrow.

The flower of the day is a moss rose in the evening light.

29 thoughts on “Tootlepedals to the rescue”