Today’s guest picture comes from my Friday night orchestra, Alison, who recently visited Caerlaverock Castle with her granddaughter (and got served in the cafe).

I was mugged by the weather today.  It was generally cloudy but still very warm and with no wind about, it felt very airless and close.  I noticed that as I sat down to write this post in what should have been the cool of the evening, our local weather station was saying the the temperature was 70°F and was feeling like 78°F.  That summed up the day well.

I filled the feeder at breakfast time and watched the birds for a while.  There was a steady demand for seed.

Later in the day, we were visited by a collared dove looking quite smart…

I did a little early watering after breakfast and also took a look at the flowers.

…and it dawned on me that this is a by product of having had no rain.

Usually by now, any fragile heads would have been pummelled to the ground by our standard summer rain showers.

Some roses are always clumpy and Bobbie James is one of those.

The Ginger Syllabub rose doesn’t look very ginger but it does have pretty pink fringes.

The poppies are thriving and were working in pairs today. 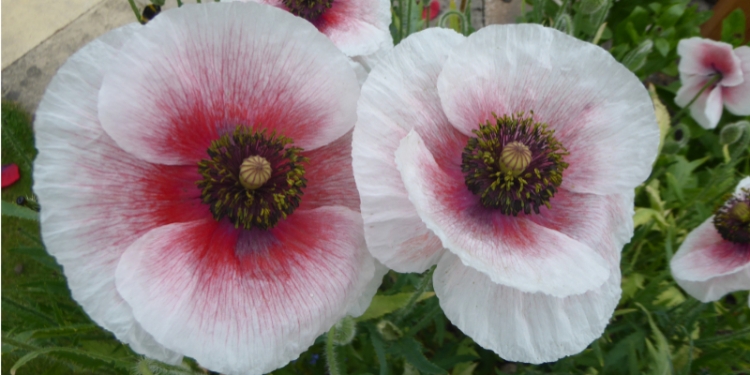 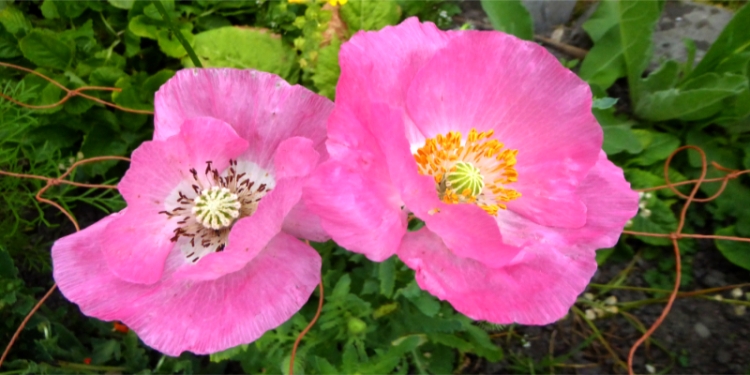 I had to work hard to find a poppy which didn’t have a bee on it.

…but in Mrs Tootlepedal’s absence, I can’t tell your their name.

I put down the camera and the watering can and went off to sing with the church choir but as there were only six of us there (there were road closures in the town which made getting to church tricky), we didn’t add a lot to the service.

When I got home, I spent an hour pottering around the garden doing useful tasks and taking a couple of pictures.  I picked all the blackcurrants left on our bush but it only came to a very small pile. 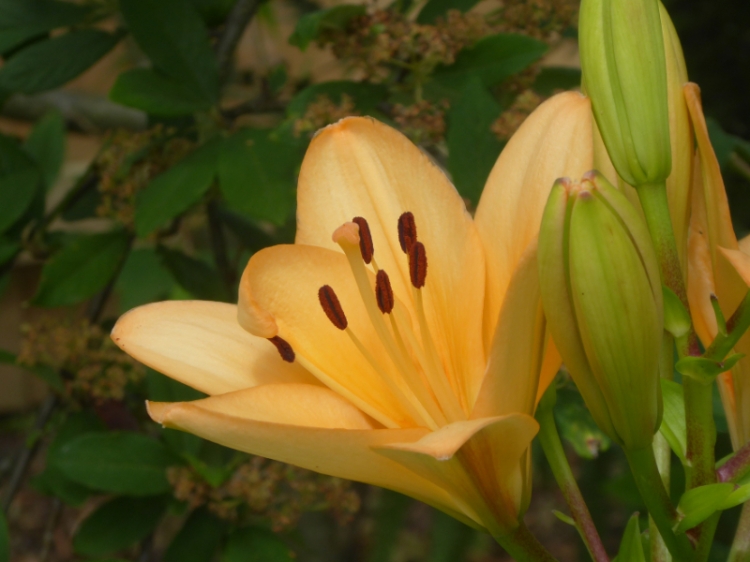 …and the hostas are flowering furiously.

This burst of activity pretty well finished me for the day as I had to go in and sit in a darkened room.   Because the house has got pretty warm too, this was not as much help as it might have been.

I picked some beetroot and a lettuce and dug up a potato and had a very healthy home grown vegetarian lunch before collapsing and watching almost the whole of a Tour de France stage, falling asleep from time to time.

When it was over, I staggered out into the garden and did some more watering and mowed the middle lawn.

The growth of grass on the lawn was very variable but in places it had defied the dry weather and grown vigorously and in other places weeds were shooting up too so the lawn needed trimming just to stop it getting out of hand.

I was very interested to see this little burst of colour…

…in the middle of the lawn after I had mowed it.  Talk about lying low. I try not to use weedkiller on the lawn as it means that you always have to use the box while cutting and composting the mowings is a problem.

I checked on the Queen of Denmark and found that she is well…. 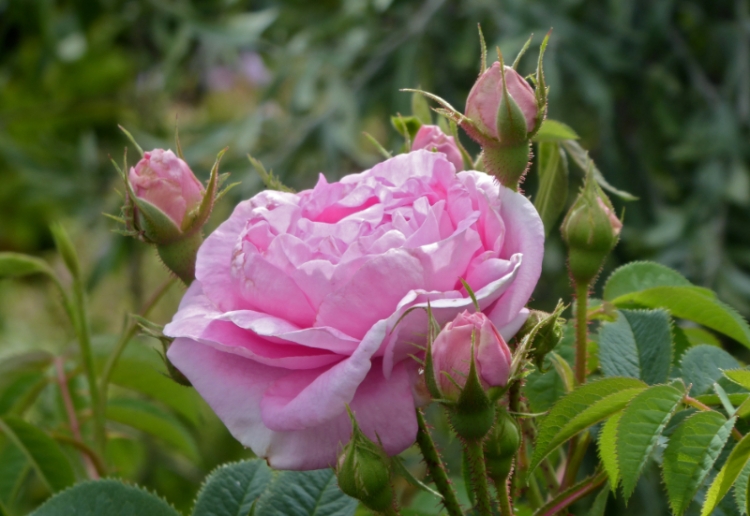 …and while I was passing the cotoneaster, I noticed a young blackbird lurking on a branch deep within the bush.

I was watering the carrots when I saw this handsome flower beside the carrot bed.  I wondered if it had arrived by chance…

…but talking to Mrs Tootlepedal on the phone later in the evening, I learned that it is a French marigold and it was planted on purpose as it is supposed to deter the carrot root fly.

I found a silver pear on my little pear tree…

…but I haven’t been visited by the Queen of  Spain’s daughter.

I took another wider view.  This is one of Mrs Tootlepedal’s new beds this year, made by remodelling the lawn a bit. 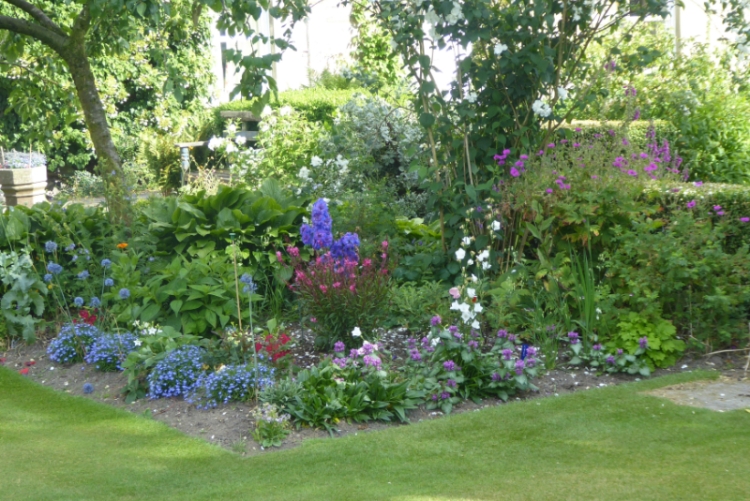 The bright red flowers that you can see are miniature nicotiana.

Our local council, instead of mending potholes, sometimes puts white lines round them.  I wonder if they got the idea from these flowers.

I picked some peas and beans and dug another potato as a gift for our neighbour Irving and then went in to have home made fish and chips (with beans) for my tea.  Irving rang up later to say that Libby and he had had some of the potatoes for their tea and found them very good.

With Mrs Tootlepedal away at the moment, we definitely have more veg than I can eat on my own so it was good to find an appreciative home for some of the surplus.

We are promised a cooler day or two before the temperatures rise again and there is some wild talk of a millimetre or two of rain later in the week.  It will be most welcome if it actually arrives.

I did find a genuine flying bird of the day today as a chaffinch squeezed between the feeder and the pole.