Today’s guest picture, taken by Dropscone while he was refereeing a golf tournament at Bruntsfield Golf Club last week, shows the trough where the carriages from the big house used to get washed. 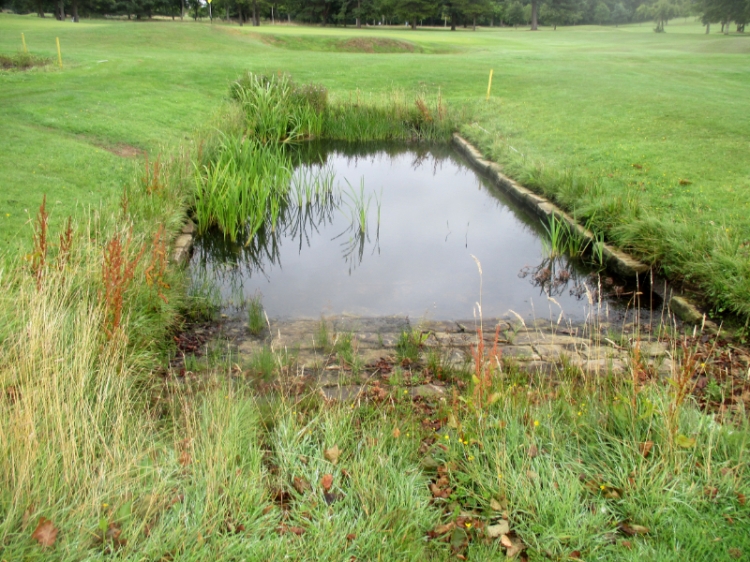 The forecast was unreliable and planning was difficult.  It had said that it was going to rain all day and since we had heard the rain pattering down as we went to bed last night, we feared the worst.

When we woke up though, the rain had stopped but the forecast now said that it was 90% certain to rain heavily at nine o’clock for an hour.

I was getting ready to spend the morning indoors but a quick look at the actual weather rather than the forecast made it plain that it wasn’t raining and didn’t look likely to rain for some time.  I put my cycling gear on and took a walk round the garden before setting off.

The poppies are rather scarce but good looking when they do appear.

This one planted itself and is hidden behind the new bench 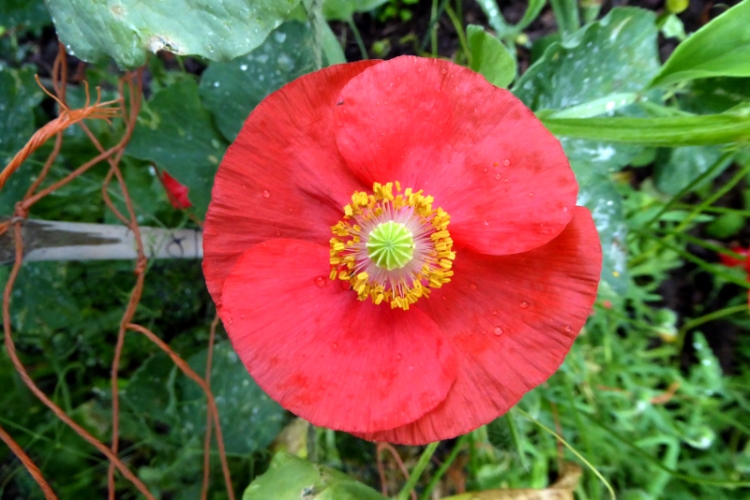 And this Icelandic poppy came with added insect. 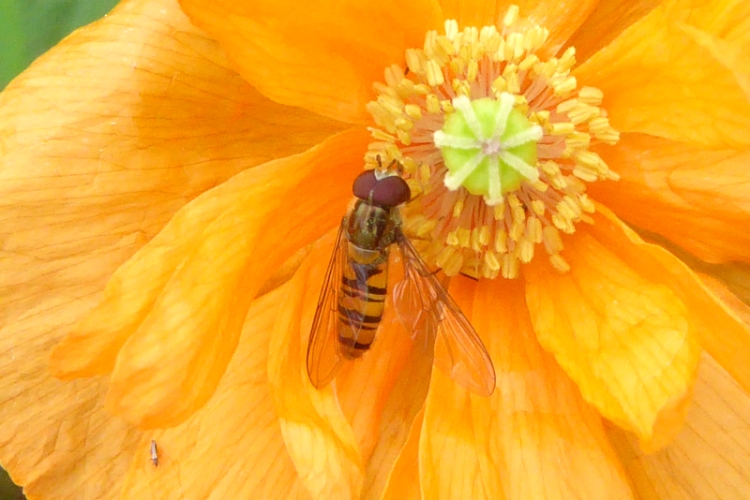 It turned out to be an excellent morning for cycling with the temperature in the high teens and very light winds.  As a result, I was able to go round my customary Canonbie circuit in the quickest time of the year without having to try too hard.

I noted the fine heather beside the road at the Kerr Wood.

And there were quite a lot of these about on that section of the ride too.

I stopped for a quick breather at Irvine House and looked around.

The view back towards the new road looked quite autumnal as the sky was cloudy but I was still more than happy to be cycling in my summer shorts.

When I got home, the weather was still holding so I did a bit of dead heading and had another look at the flowers.

The Japanese anemones are starting to flower. 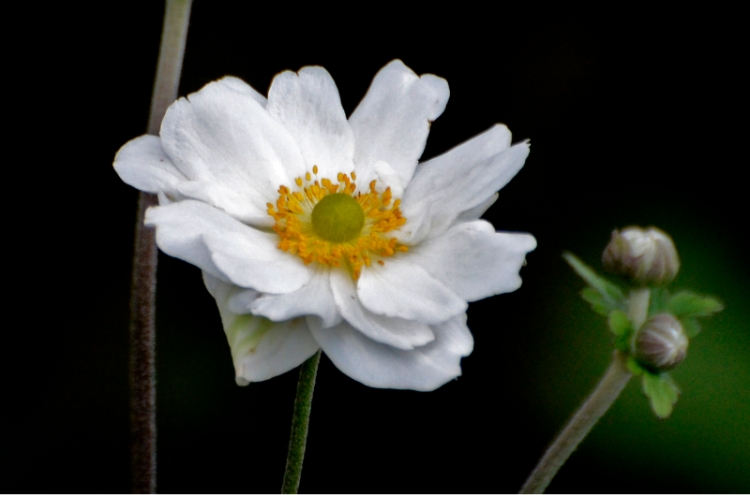 Mrs Tootlepedal cleared a lot of them off in the winter but she has left a few and more photographs of them will undoubtedly appear as I like them a lot, even if they do spread themselves around uninvited.

More poppies caught my eye.  This was the pick of them.

And here is the dahlia of the day.

I was trying to take a picture of this dahlia and bee but a little hoverfly got in the way. 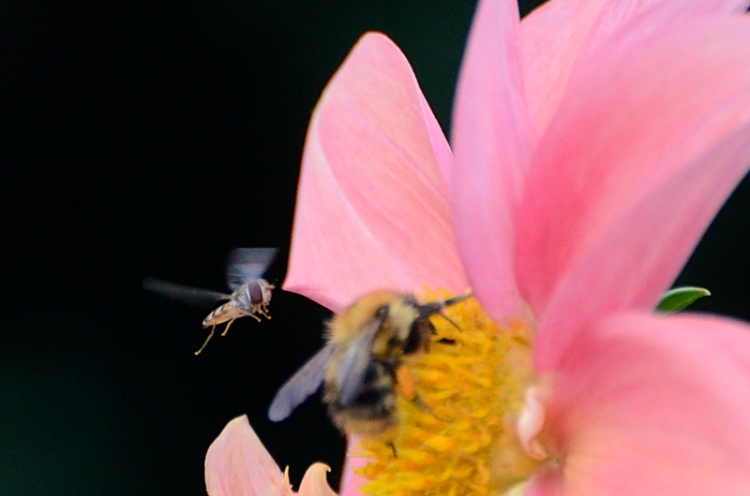 The most notable feature in the garden was a large flock of sparrows.  They were everywhere, much to Mrs Tootlepedal’s disgust as they eat her vegetables. I think that I can count thirteen of them here in the silver pear tree but there may be more. 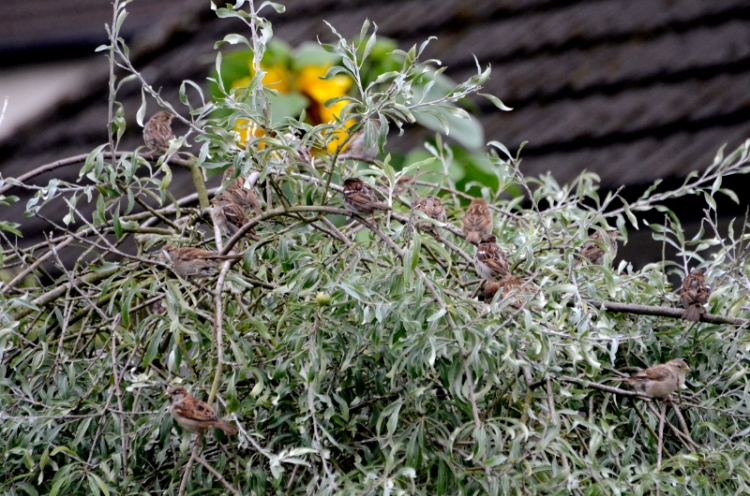 There may have been a lot of sparrows around but once again there were very few coloured butterflies about.

Whites are ten a penny.

I did see the first Red Admiral of the year in the garden but it got away before I could digitally immortalise it.

Mrs Tootlepedal made scrambled eggs with new potatoes for lunch and then we scrambled to get the washing in just before a sharp rain shower came on.

I am letting the scientific rain gauge (©MaryJofromManitoba) accumulate at the moment and it was showing 3cm or over an inch by the end of the day.

The rain stopped and I filled the feeder and put out some fat balls and stood back to watch.

The feeder was soon busy. 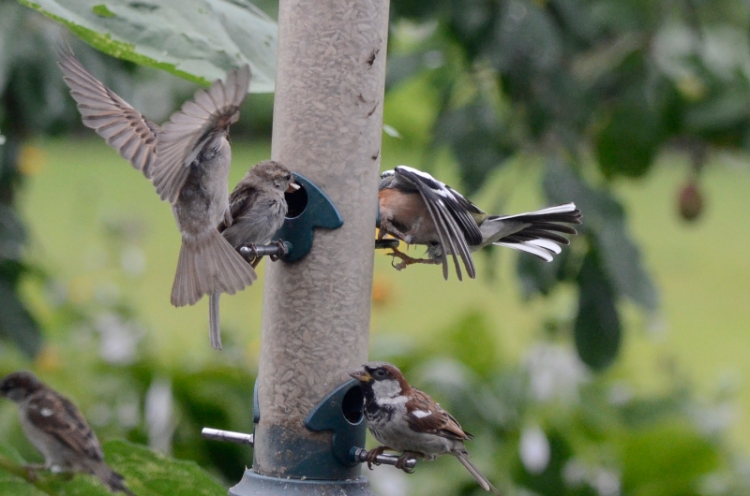 And the sparrows went for the fat balls in numbers… 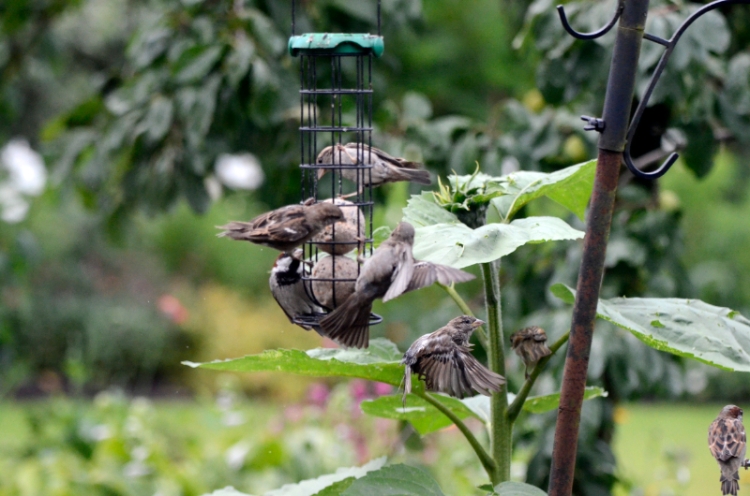 …leading to some sparrow sparring…

…but the arrival of a group of jackdaws soon scattered the sparrows. 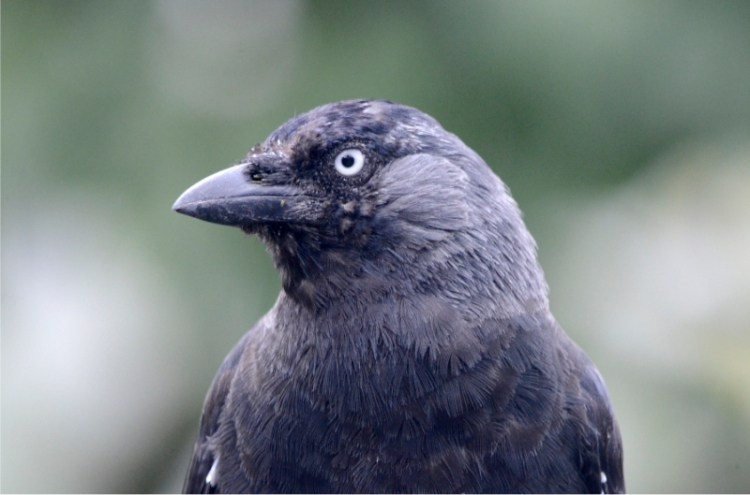 The jackdaws very nearly polished off all the fat balls by the end of the day.

In the midst of all this activity, a very calm lone goldfinch arrived for a snack.

I put the bird watching camera away and as this seemed like a good time to be indoors in case the heavy showers returned, I put another week of the newspaper index into the Archive Group database.

The heavy showers did not return but my flute pupil Luke came in the early evening and we battled away at the art of counting and playing at the same time.

We are trying to master the art of not making mistakes in music that we know and should be able to play easily.  I am very aware that I always made mistakes when playing under pressure until I read the book, “The Inner Game of Golf” to try to help my wayward golf game.  It helped my golf quite a bit but it helped my music playing quite a lot more.  This was an unexpected bonus.

After Luke went, I got out a ladder and trimmed the climbing hydrangea which grows on the wall of the house.  It has a tendency to climb under the guttering and onto the roof if not checked each year.

The flying bird of the day might well have been a sparrow as I caught several in action this afternoon but I thought that I might go for a refreshing change.

Behold, the flying fly of the day. 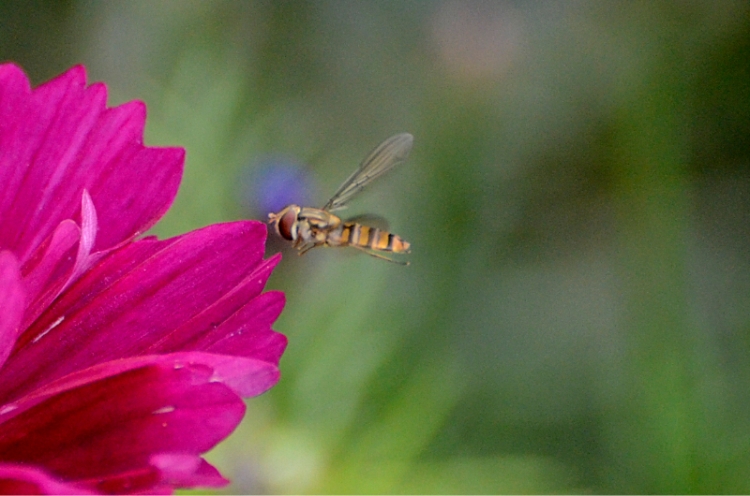 27 thoughts on “Planning a day is hard”